The Candy Store: Funk, Nut, and Other Art with a Kick 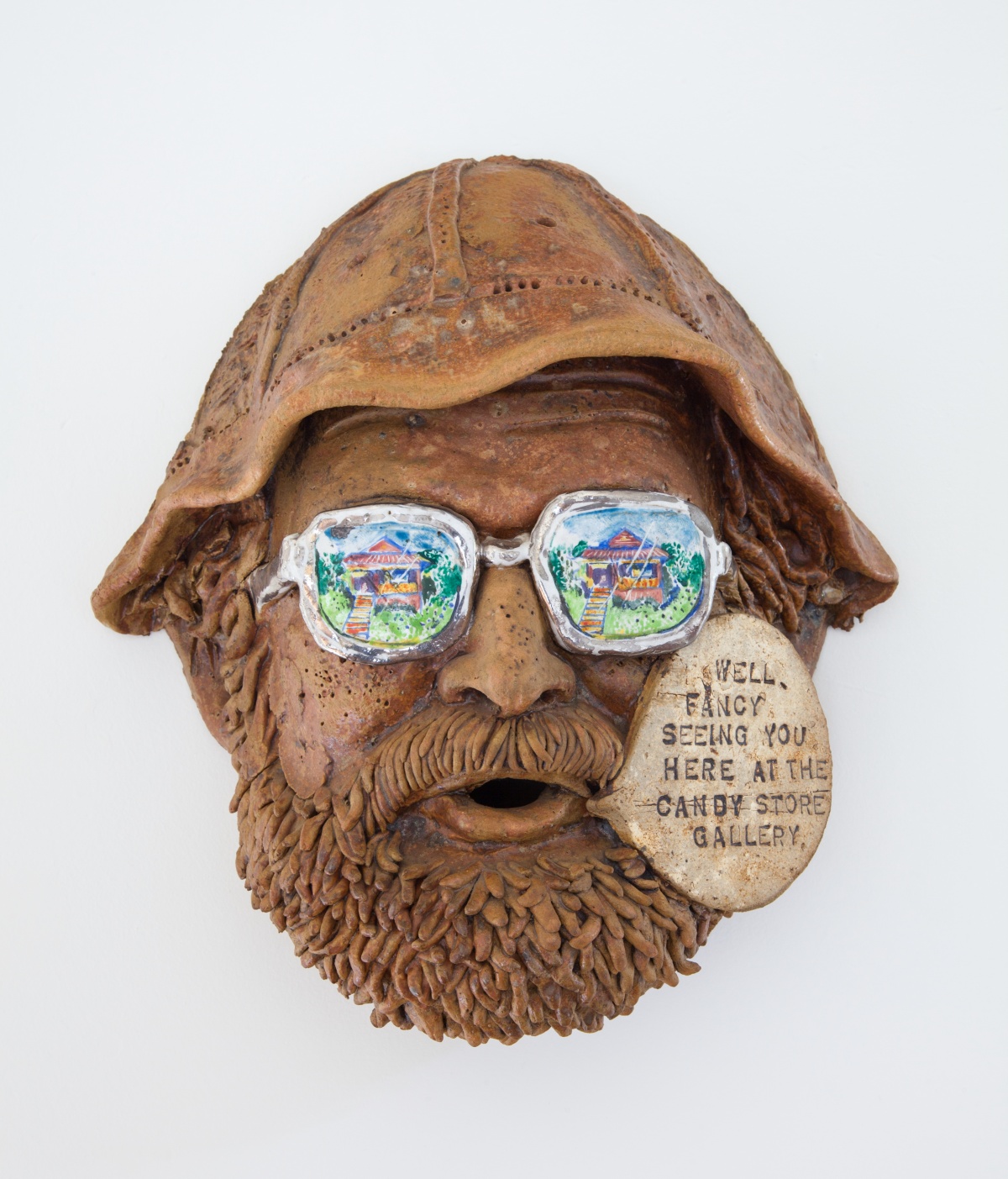 The Crocker Art Museum is pleased to announce The Candy Store: Funk, Nut, and Other Art with a Kick. Held on what would be the 60th anniversary of the gallery’s founding, this is the largest exhibition on the Candy Store Gallery to date with more than 100 multimedia works. The Candy Store will be on view at the Crocker from February 2 through May 1, 2022.

In 1962, Adeliza McHugh opened the Candy Store Gallery in a modest house in Folsom, California. McHugh started her business as a candy store, but when the health department shut that down, she converted the space into an art gallery. There were just two rooms for the ceramic sculptures, paintings, and other art she displayed, but these small spaces featured art by makers who would become nationally and even internationally significant.

For thirty years, the Candy Store Gallery delighted visitors and was a much-beloved destination for art shopping, as well as socializing and interacting with artists. McHugh cultivated a close-knit stable of artists that came to be known as “The Candy Store Bunch.” Robert Arneson, Roy De Forest, David Gilhooly, Maija Peeples-Bright, and Peter VandenBerge were core members of this group.

The Candy Store was among the first galleries to display and sell the avant-garde artistic style that came to be known as “Funk,” along with a related but lesser-known corollary that some practitioners called “Nut.” Scott A. Shields, Ph.D., Associate Director and Chief Curator of the Crocker Art Museum, explains, “Adeliza and her Candy Store bunch helped make the Sacramento region an art center of great importance. Their work was a counterpoint to the aesthetic production coming out of the eastern United States at the time.” As the gallery’s popularity grew, McHugh exhibited the art of members of the Hairy Who—Gladys Nilsson, Jim Nutt, and Karl Wirsum—three Chicagoans whose work seemed both to relate to and complement that of the Californians.

Although beloved by many, the Candy Store aesthetic was not always widely appreciated. Many more conservative critics and collectors were offended by the unrefined and frequently ribald art that the gallery featured, much of which was not intended to be easy to like, even by big-city standards. McHugh believed that good art should make people uncomfortable. In her own words, “If I’m going to drink, I want wine; and if I’m going to look at art, it’s got to have a kick.”

“The Crocker is incredibly proud of our role in elevating and showcasing the art of California, and we feel it is particularly important that we champion the work of artists so central to our regional art history,” notes Lial A. Jones, Mort and Marcy Friedman Director and CEO. “Many of the Candy Store artists were also teachers at local institutions. They and their work helped shape the trajectory of a generation of artists from the Sacramento area.” As such, this exhibition celebrates not just a gallery, a trailblazing gallerist, and an esteemed group of artists, but a community, one that shaped the course of art history in Northern California and beyond.

A catalogue, The Candy Store: Funk, Nut & Other Art with a Kick, is available for purchase in the Crocker Museum Store. The text is the first major scholarship on the gallery in more than a decade. The exhibition is curated by Scott A. Shields, Ph.D. The Candy Store presentation at the Crocker is held in conjunction with a related show at the University Library Gallery at Sacramento State.