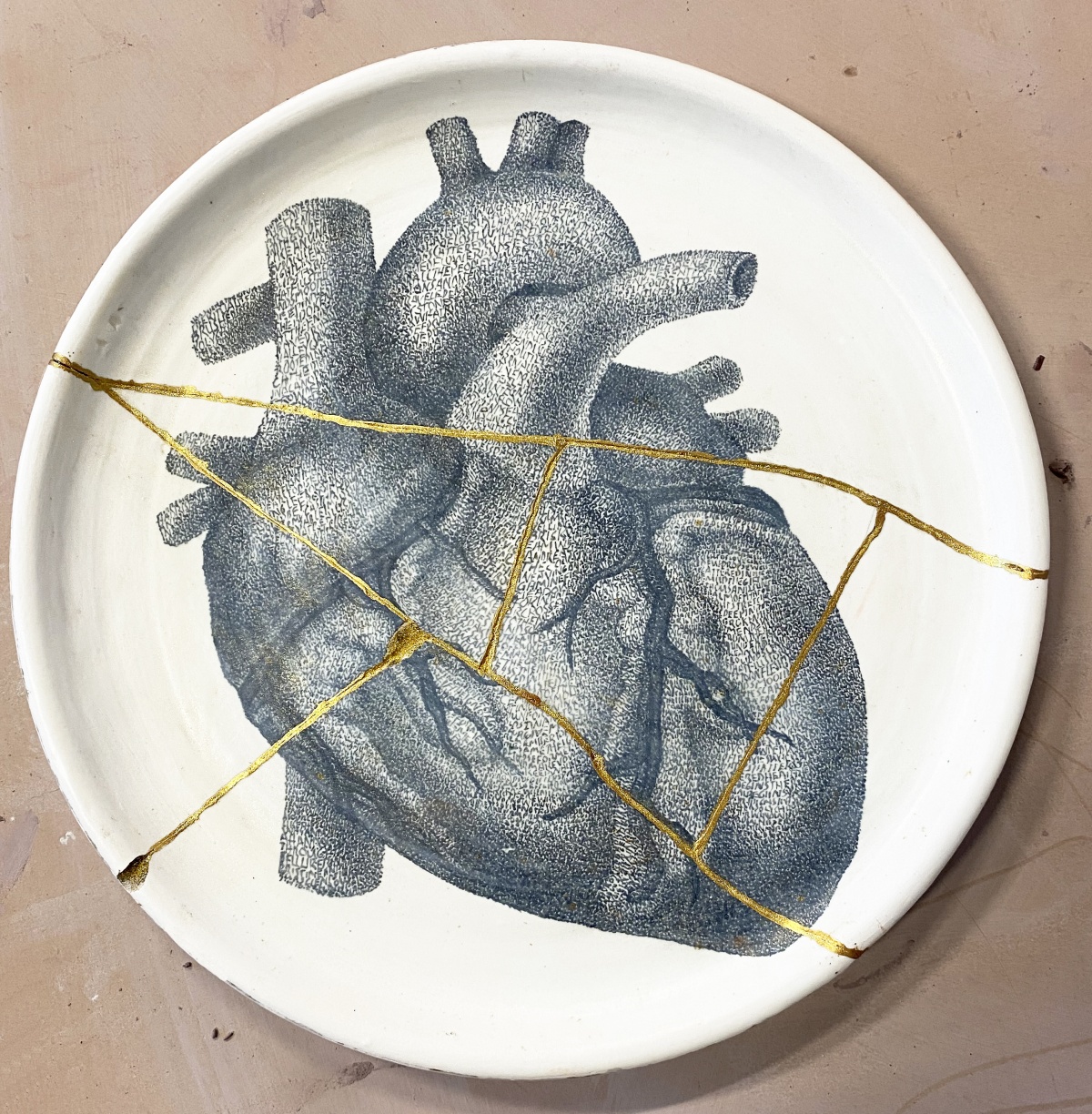 The Crocker Art Museum’s 43rd annual Art Auction season is here! Building on the success of last year’s virtual auction, the upcoming 2021 Art Auction season will feature the same lively events – Art Auction and Big Names, Small Art (BNSA) – in a new hybrid virtual and in-person format. Hosted virtually through Bidsquare.com, more than 300 works from the region's most prominent established and emerging artists are now available for art collectors of all levels.

This year’s auction will feature a selection of the following artists, whose work will be featured in a special exhibition at the Museum, on view from May 23 - June, 6: 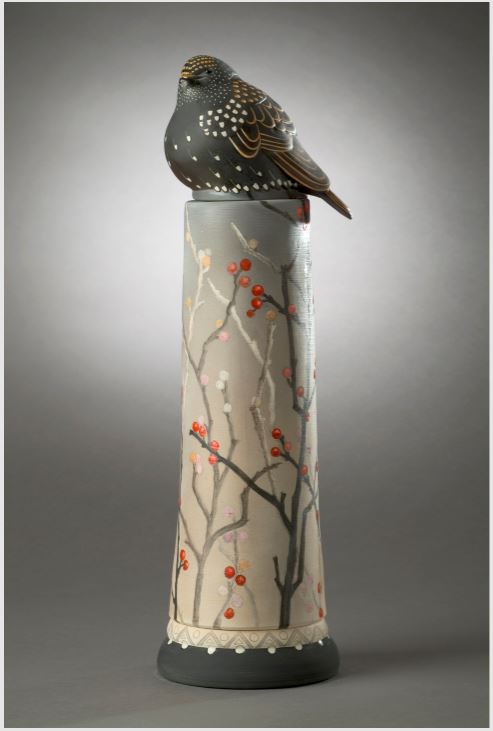 Annette Corcoran is a ceramist who began working with clay in 1970. Corcoran’s home garden inspired her work, as her eye is continually drawn to activity outside. She began creating teapot bird forms as birds entered her garden, inspired by the constant flow of motion between ground and air.

Corcoran’s current work is still inspired by birds and the ever-changing exploration of nature and clay. She balances the interplay of fantasy, observation, imagination, and technical skills. Her work emphasizes the environment of birds as a metaphor for home. 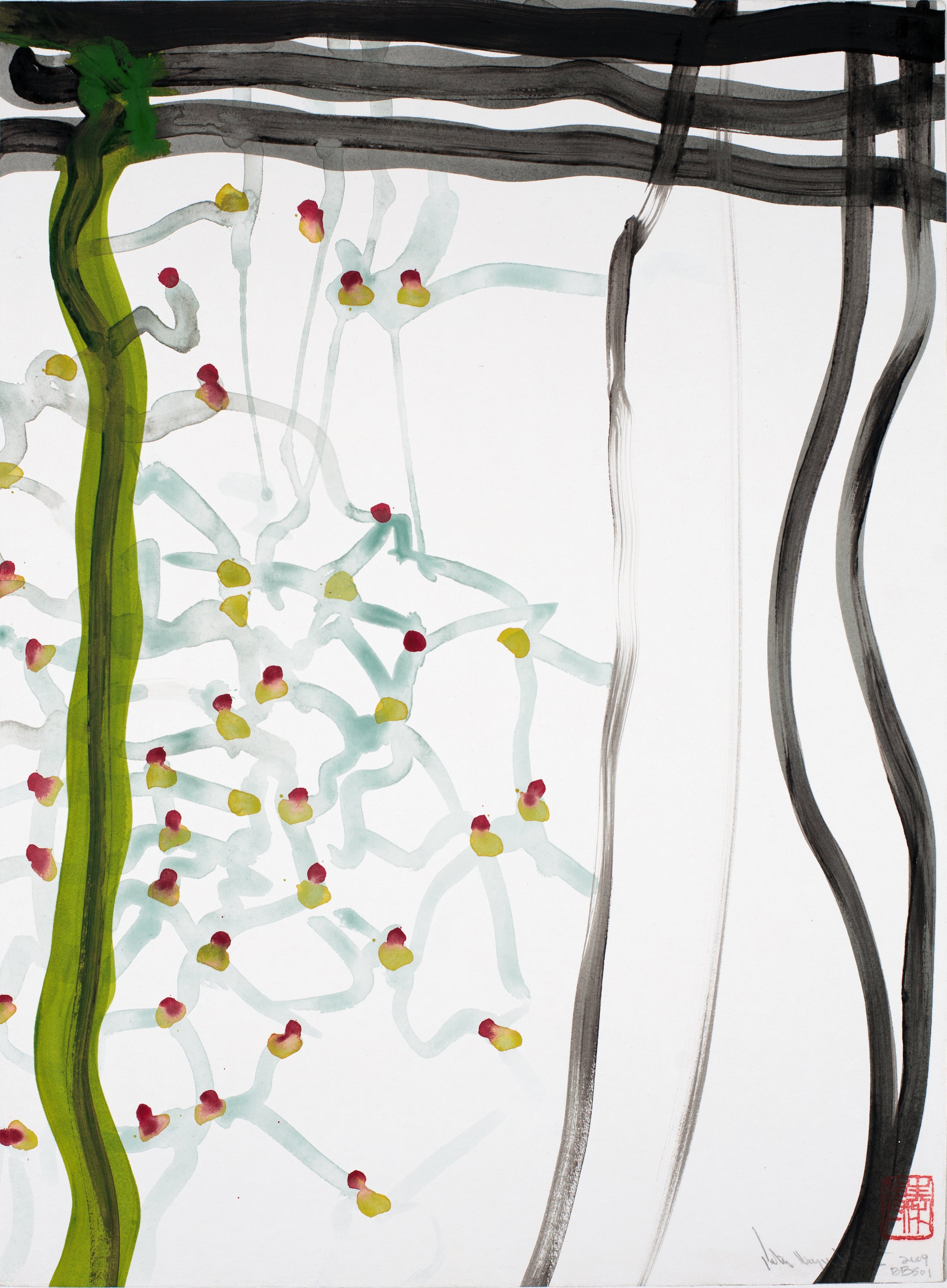 Born in Kingston, Jamaica, Peter Wayne Lewis immigrated to Sacramento with his parents in 1962, acquiring American citizenship in 1983. He received his M.A. in Painting from San Jose State University in California. Lewis was a tenured Professor of Painting at Massachusetts College of Art and Design in Boston for 25 years. He splits his time between studios, from the New York Metro area to Beijing, China, where he is a director of Oasis Gallery-Beijing.

Lewis’ influences are global, ranging from his lifelong passion in music to his early attraction to Japanese prints. More recently, he has explored theoretical cosmology and quantum physics, namely examining string theory. He negotiates a balance between spontaneity and precise control using expansive abstract language. 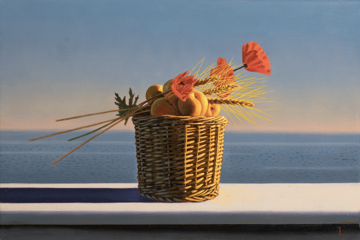 A resident of Salinas, his paintings often depict the central California coast and terrain in the background. Ligare looks to the ancients for guidance and references the formal relationships found in Classical sculpture and architecture. And yet, his paintings are firmly based in the specifics of California—the Monterey region in particular, allowing Ligare to create art that is richly layered, broadly universal, and yet specifically of our time and place. Born in Changchun, China in 1948, Hung Liu grew up under the Maoist regime. Initially trained in the Socialist Realist style, Liu studied mural painting as a graduate student at the Central Academy of Fine Art in Beijing. Liu’s works challenge the documentary authority of historical Chinese photographs by subjecting them to the reflective process of painting.

Her paintings based on historical Chinese photographs focus on various subjects, including refugees, street performers, soldiers, prostitutes, and laborers among others. Liu recently shifted focus from Chinese to American subjects, focusing her attention on the displaced peoples and wandering families of the American Dustbowl. Liu’s experience with Mao’s era of epic revolution and displacement is familiar terrain, identifying with the overarching struggles of Dustbowl families. Her painting methods have developed a topographic realism in which the paint congeals around a webbing of colored lines, enmeshed together in a rich surface that conveys the poverty of her subjects.

Liu currently lives in Oakland, California. She is Professor Emerita at Mills College, where she has taught since 1990.

Born in Colorado, Geralyn Montano is a multiracial contemporary artist whose works center on her Native American heritage; Diné from her father’s lineage, and French, Spanish, Pueblo, and Comanche, from her mother. She received her formal art education from the San Francisco Art Institute, graduating with a B.F.A. in interdisciplinary arts, which included drawing, painting, and sculpture.

Her work is inspired by personal experiences relating to feminist and cultural themes. She juxtaposes aesthetic qualities with subversive imagery, combining thematic, aesthetic, and technical skills. Montano impresses emotional and powerful ideas on the viewer; never shying away from controversial or taboo subjects.

Montano focuses on working with under-represented members of her community, holding art workshops with shelters for trafficked women, volunteered with disadvantaged youth, and is a visual art instructor for adults with disabilities.

Siddharth Parasnis grew up in Pune, India, receiving a B.F.A in Illustration and Advertising from the Directorate of Art, Bombay, India. Parasnis relocated to San Francisco to pursue a graduate degree, earning his M.F.A from the Academy of Art University in San Francisco.

Parasnis’ paintings feel at once obscure and familiar to the beholder. Operating within the elastic space between figuration and abstraction, his work conveys a balance between physical place with form and pure color. He uses textural paint and bright geometries to compose his buildings. His subjects are often stripped of ornamentation, and specific geography. His work is often devoid of figures in windows and doorways, which he feels would make his pieces too literal. 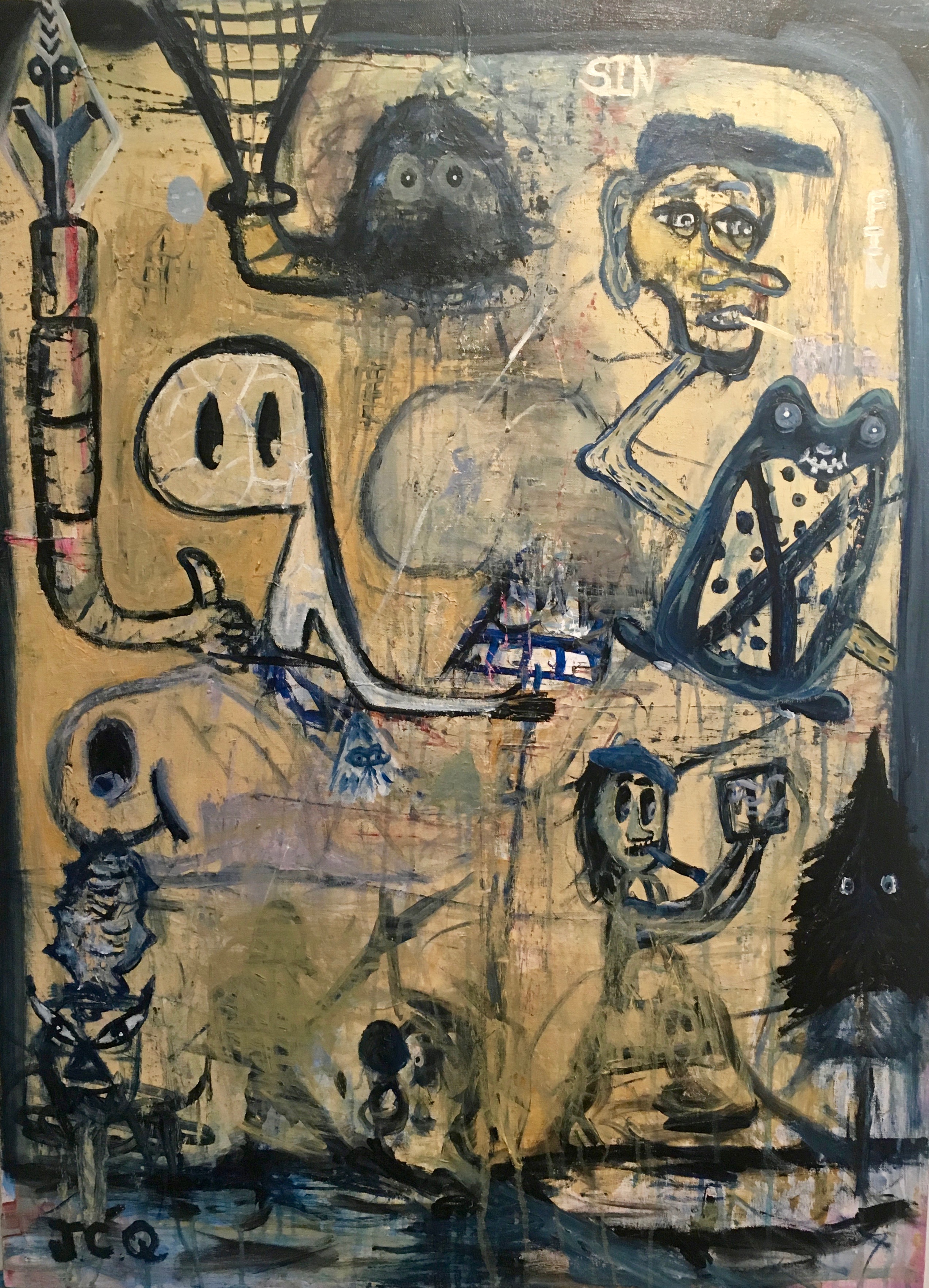 Born in 1964, Lutcher, Louis., Juan Carlos Quintana is primarily a self-taught artist of Cuban lineage. Quintana’s self-described works reference a pre-post-anti-pro revolutionary gumbo/ajiaco potpourri of image making that carefully navigates between abstractions and narratives. His works embrace contradictions and ambiguity, and are infused with satire and irony. His works often center on current events, lost idealism, and ideological conundrums. 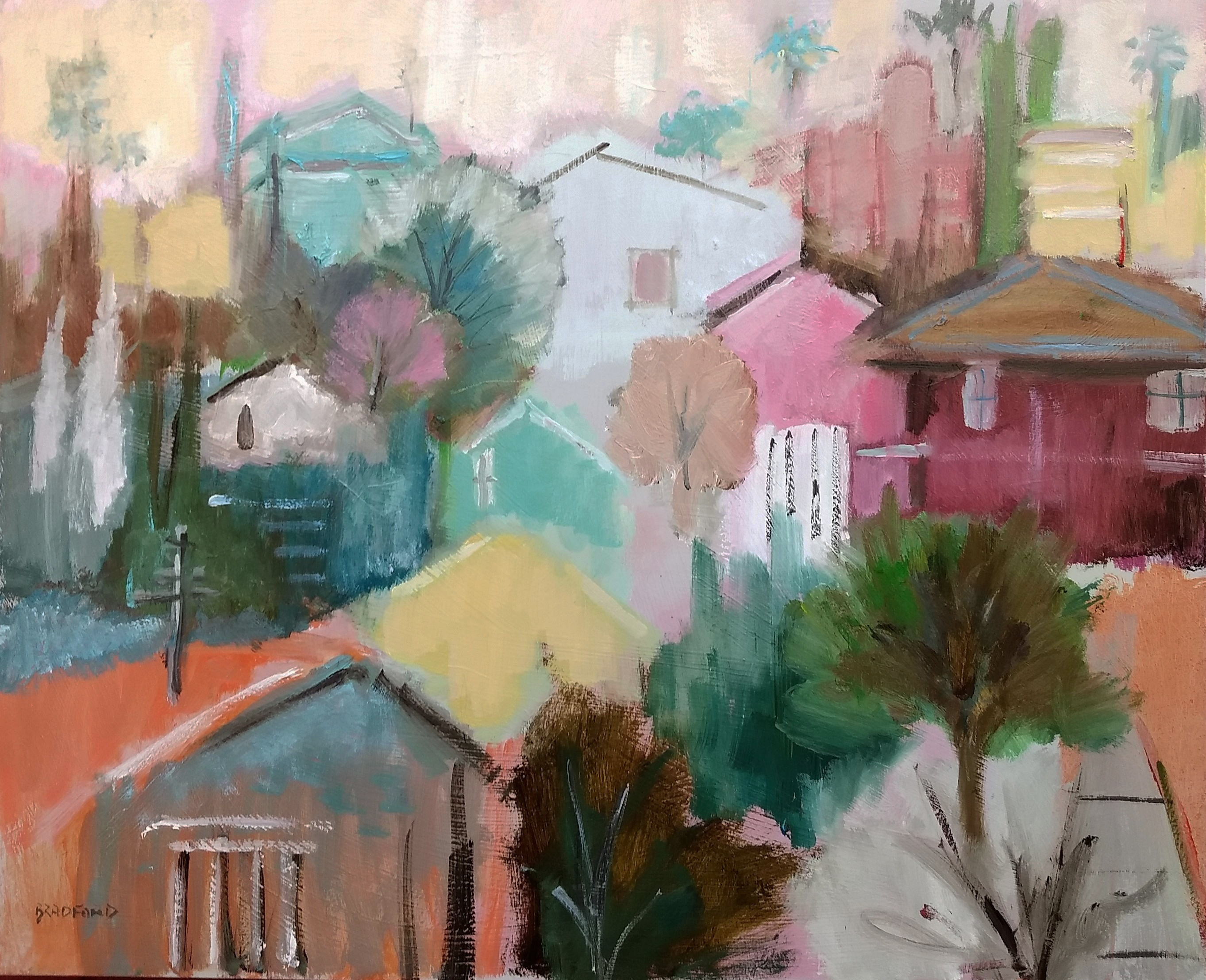 In 1993 Salamon returned to school in his mid-thirties, continuing studies in portraiture. Influenced by Lucian Freud and Alice Neel, Salamon began painting with oils. In 2011, Salamon drew inspiration from a toy car left in his studio by one of his daughters. He painted a still life of the object using a new painting technique that left him pleased with the results. It inspired him to create a new series of vintage object paintings that appeared in exhibitions in several West Coast galleries.

Salamon went on to direct and produce short films about artists, gallerists, art, and critics. Each cinematic piece is a record of each artist’s works, how and where they live, their philosophy, and contributions to art. 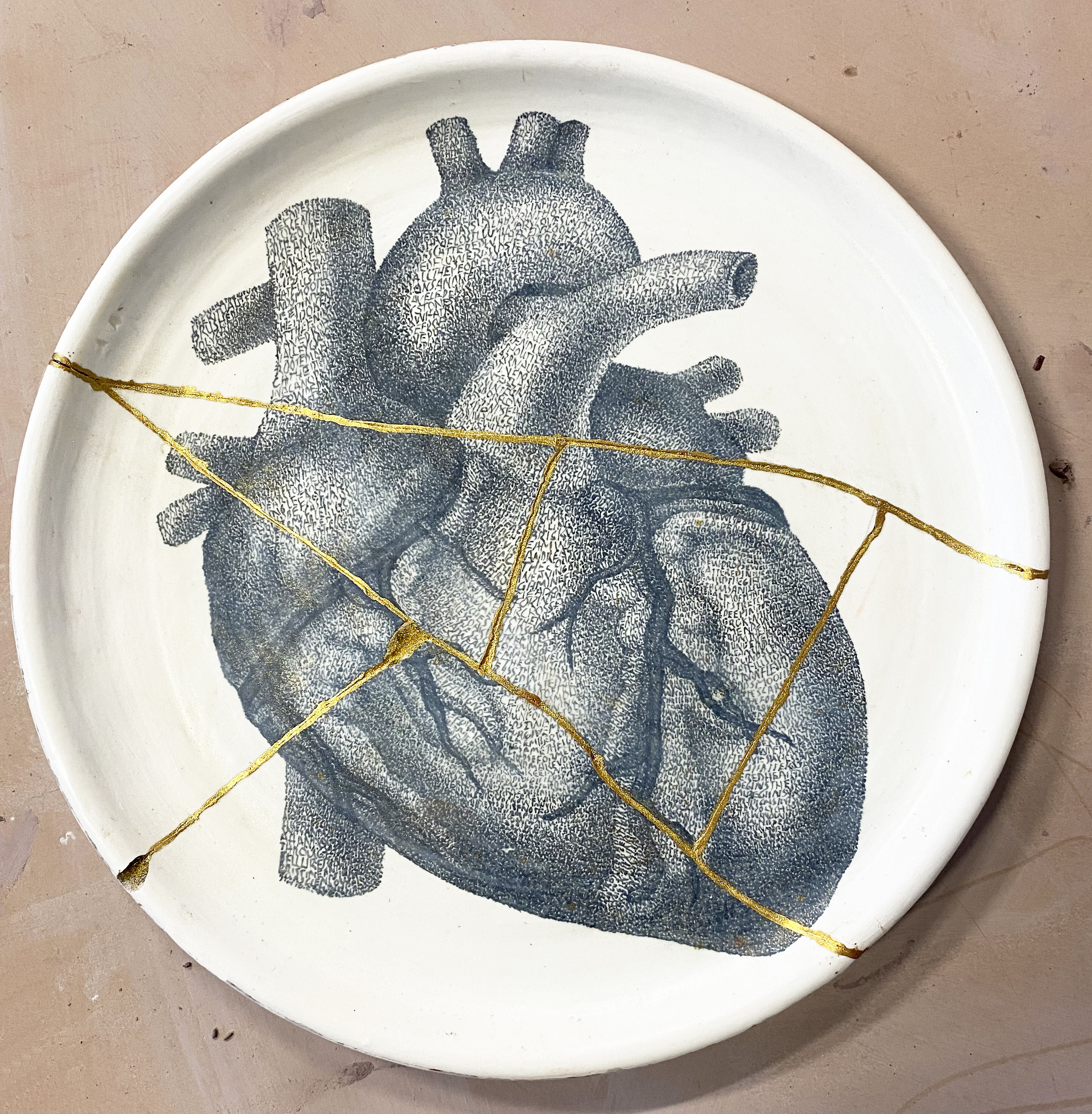 Northern California artist Bryan Valenzuela is known for perfecting a unique drawing technique that involves the atomization of the figure by carving out shadow, light, and shape in handwritten text. Although unnoticeable from afar, once a viewer steps closer to each work they are enraptured in a barrage of words interspersed with other mixed media elements such as collages and acrylic paint.

In October 2016, Valenzuela completed a suspended sculpture consisting of 400 stunning blown glass spheres in an abstract, aquarelle version of the American and Sacramento river confluence. In Valenzuela’s words, paragraphs, sentences, fragments, and phrases form the foundations of his work, acting in form and content. Text delineates figures and subjects layer upon layer as shading. Words vary in density and size, from the miniscule to unreadable.