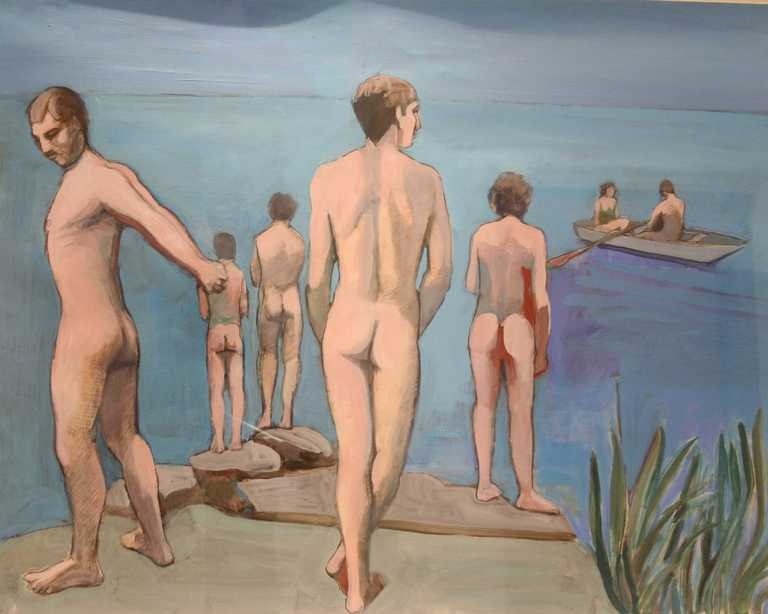 Per the artists’ wishes, the fund will support museum projects relating to emerging artists or lesbian, gay, bisexual, transgender, queer, or questioning and intersex (LGBTQI) artists. The Crocker will realize the artists’ goals through the acquisition, care, exhibition, scholarship, and publication of art by emerging and LGBTQI artists, as well as through an array of public programs including lectures, films, community festivals, educational and social convenings, and artists-in-residency programs.

By 2023, the Crocker Art Museum will use the fund to mount an exhibition of the work of Wonner and Brown — the most comprehensive show of the artists’ body of work ever presented — and produce an accompanying catalogue.

Says the museum's director and CEO, Lial Jones, "This is a tremendous opportunity to support many exciting artists and bring their talent into the public eye. As an institution with a deep commitment to enriching the cultural life of the whole community, we are delighted to advance Paul Wonner and Bill Brown's dream through this endowment.” 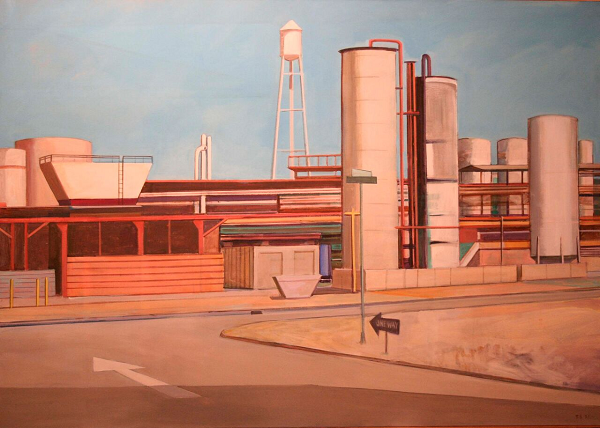 BACKGROUND: THE ART AND THE ARTISTS
Artist couple Paul Wonner (1920–2008) and William Theophilus Brown (1919–2012) were aligned with the original group of Bay Area Figurative painters of the early to mid-1950s. Wonner was born in Tucson, Arizona; Brown was a native of Moline, Illinois. Both artists served in the military.

Brown graduated from Yale University in 1941. After his military service, he began to study painting. In 1952, he enrolled in the graduate program at the University of California, Berkeley, where Wonner was also pursuing his master's degree in fine arts. It was there that they met and became a couple.

Together, the artists took possession of a large studio above a Volkswagen dealership on Shattuck Avenue in Berkeley, the same building where Richard Diebenkorn and, eventually, Elmer Bischoff, kept studios. These artists, along with David Park, came together for drawing sessions, meeting most often at Wonner and Brown’s studio, as it was the largest. James Weeks, Bruce McGaw, and Nathan Oliveira occasionally joined the group.

In the late 1950s, Wonner and Brown moved first to Davis, California, and then to Santa Monica, where they befriended novelist Christopher Isherwood and his artist partner, Don Bachardy. They later moved to Malibu, Santa Barbara, and then back to San Francisco. 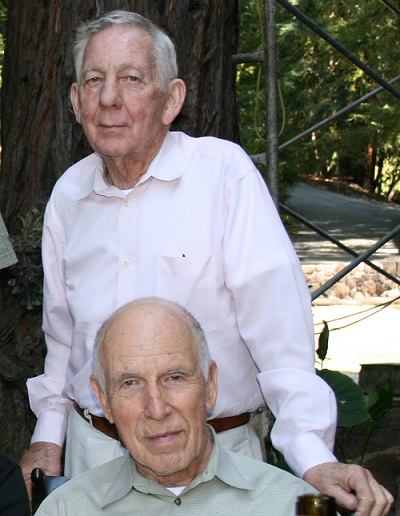 Though both painted figures, still lifes, and landscapes, Brown focused primarily on the figure, whereas Wonner concentrated much of his attention on still lifes. Both artists’ early works are in keeping with the Bay Area Figurative style, while their subsequent works evolved to become more overtly representational and, in Wonner’s case especially, precise. Brown became known for his bold and evocative landscapes with classic bathers, as well as for his industrial scenes. Wonner’s still lifes grew increasingly complex, moving from simple and isolated to richly baroque with a colorful profusion of everyday objects and flowers. 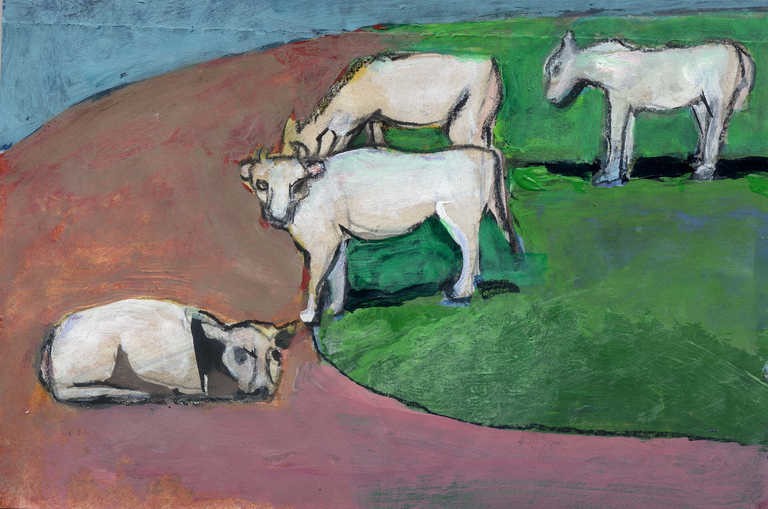 THE GIFT AND THE ENDOWMENT
When Wonner died in 2008, he bequeathed his remaining works (approximately 800) to Brown, who in turn left these, along with 1,000 pieces of his own, to friends Susan Lang and Robert Levenson. The majority of the works are on paper, though there are also collages and paintings on canvas.

Until recently, all the artworks were held by the Social Profit Network, a public benefit corporation created by Lang and Levenson as they determined how to best use this resource to fulfill Wonner and Brown’s desire to help emerging and gay and lesbian artists. The artwork has now been transferred to the Crocker Art Museum, which is working in partnership with the Heather James Gallery, to fulfill this goal.

"Paul Wonner and Bill Brown were trail blazers, both individually and as a couple," says the museum's associate director and chief curator, Scott A. Shields. "It is wonderful that their legacy will live on, not only through their own art, but though their forward-looking support of other artists. It is what they wanted, and everyone at the Crocker is honored to be able to realize their vision." 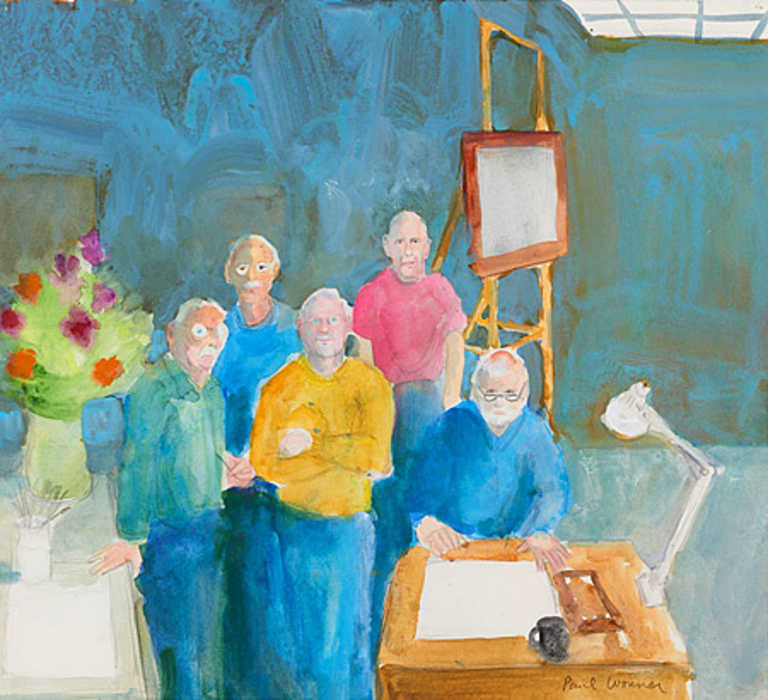 ABOUT THE CROCKER ART MUSEUM
Through engaging, innovative, and life-changing interactions with art, the Crocker Art Museum provides meaningful opportunities for people of divergent backgrounds to find common ground. Founded as a public/private partnership in 1885, the Crocker features the world’s foremost display of California art and is renowned for its holdings of master drawings and international ceramics, as well as European, Asian, African, and Oceanic art. The Crocker serves as the primary regional resource for the study and appreciation of fine art and offers a diverse spectrum of exhibitions, events, and programs to deepen visitor’s understanding of art, including films, concerts, studio classes, lectures, and an array of activities for families and children. More information about exhibits and programs can be found at crockerart.org