Sacramento, CA - UPDATED June 18, 2018 - The Crocker Art Museum is proud to present The Cycle by Cyrus Tilton, an immersive and kinetic exhibition of sculptures that tell the story of the locust's mutation, breeding, development, and swarm.

The Cycle's serves as the artist's metaphor. The art serves as a vehicle to convey his cautionary tale of humanity's mass consumerism and environmental desecration. A swarm of muslin and steel locusts has inhabited one of the Crocker's third floor galleries this summer, as part of The Cycle by Cyrus Tilton, an exhibition that serves as a cautionary metaphor for the world's burgeoning population and its insatiable consumer habits.

THE ART AND THE ARTIST
The late Cyrus Tilton, was born in Palmer, Alaska, in 1977 and grew up near the Matanuska River in northeast Anchorage. There, his parents instilled in him the environmental consciousness of the 1960s, developing their son's appreciation for nature, which he carried into his artistic practice. 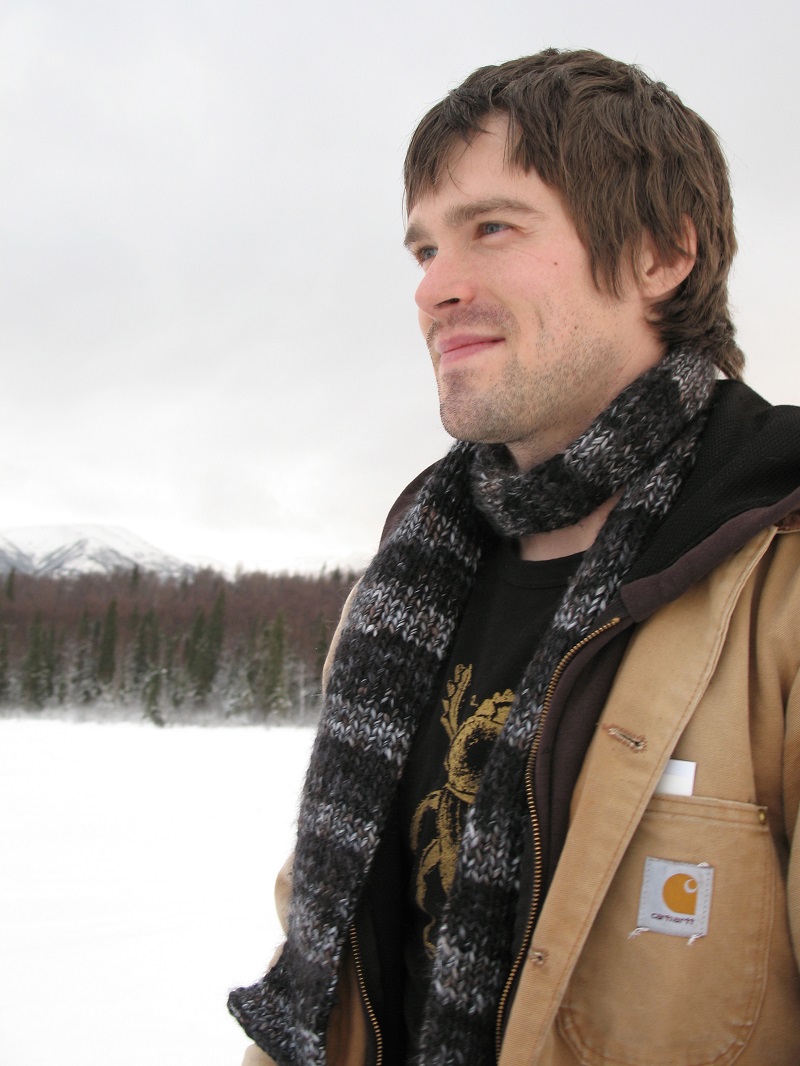 Portrait of the artist.

Tilton was awarded a full-tuition scholarship to the Art Institute of Seattle and after graduating, he moved to California at age 20 and settled in Oakland. In 1999, he became the lead sculptor — and later, art director — at Scientific Art Studio in Richmond, a fabrication studio for props, models, and prototypes used in the art, medical, motion picture, and television industries. In addition to his work as a sculptor and illustrator, Tilton was a musician and composer for the experimental, underground bands NED and Mwahaha — the latter featured in an episode of National Public Radio’s “All Songs Considered.”

In 2008, Tilton began showing at Oakland’s Vessel Gallery. His sculptures, often conceptual and surreal, continued to express his love of nature and its organic forms; but to Tilton, the stark contrast between Alaska’s vast, natural expanses and the dense, urban landscape of the Bay Area was deeply troubling. The disparity intensified his anxieties over the world’s rapidly growing population and its environmental impact, inspiring his three-part series The Cycle, which debuted at Oakland's Vessel Gallery in 2011.

Tilton chose to feature the locust — a type of grasshopper with the ability to mutate — because of its life cycle and behavior. Under optimal environmental conditions, they transition from their innocuous, solitary state to a gregarious one. The transformation is both physical and behavioral, and creates dramatic swarms that ravage crops and vegetation. “All of the sudden, they’re out of control,” says Tilton. “Everything goes into overdrive.… They eat themselves out of house and home and move on to another area.”

Like the voracious locust decimating food supplies, Tilton describes our own consumer habits as “exponentially ceaseless and unrelenting.” For both, the unrestrained depletion of finite resources leads to environmental destruction and, perhaps, the species’ demise.

EXHIBITION AT THE CROCKER
A large sculpture of mating locusts entitled Lovers marks the gallery entrance and, thanks to generous supporters of Tilton's work, it will also become part of the Crocker’s permanent collection. 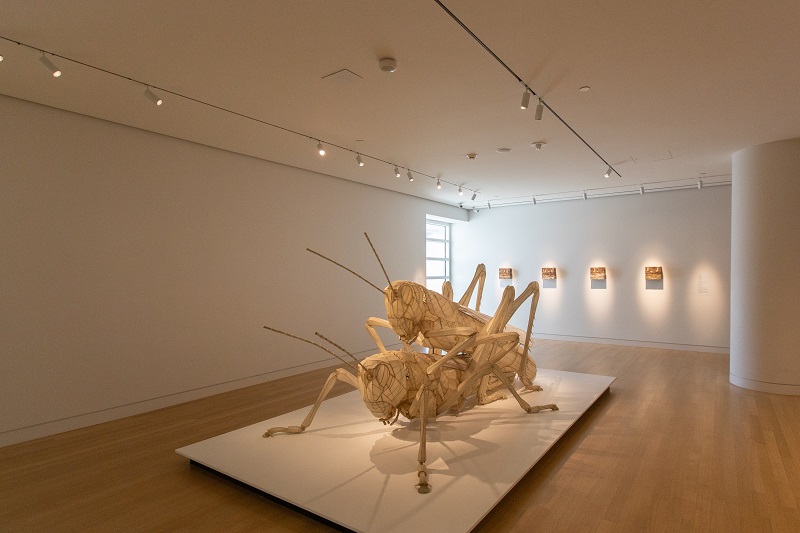 Lining the walls, Tilton’s Potentials, or locust eggs, hatch into Individuals, which swarm together in the Museum's Weborg gallery in a vibrating, undulating installation that represents the insect in its most destructive form. 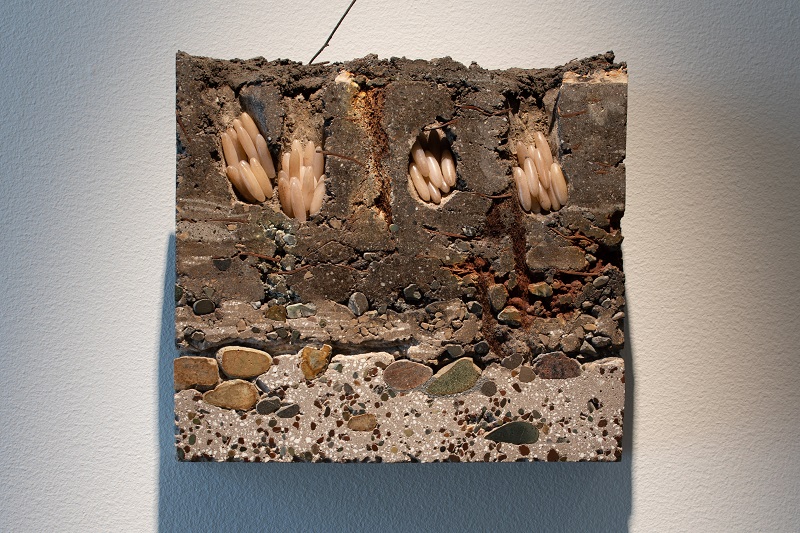 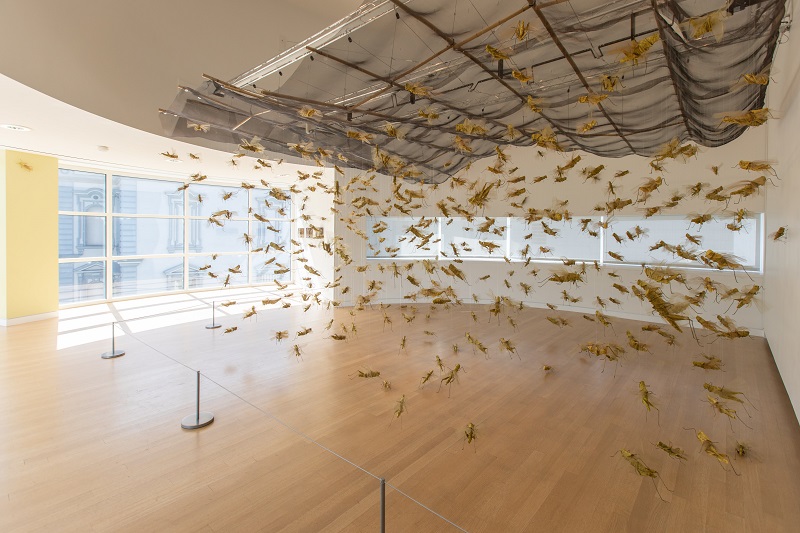 KNUDSEN PRIZE, AND THE ARTIST'S LEGACY
In early 2017, Cyrus Tilton was awarded the inaugural John S. Knudsen Prize from the Crocker Art Museum. The $25,000 prize, which was established by a gift from the estate of art collector John Knudsen, supports an emerging or mid-career California artist while also funding programs, exhibitions, acquisitions, and other endeavors related to the artist’s work at the Museum.

While Tilton was preparing The Cycle for its 2018 museum debut at the Crocker Art Museum, his strength began to decline, and he increasingly relied on friends and colleagues to help him with the detail-oriented work associated with producing hundreds of Individuals. The Crocker was deeply saddened to learn of Cyrus Tilton’s passing in March 2017, after a courageous, year-long battle with esophageal cancer.

“He was a remarkable artist, one who left behind many extraordinary and compelling works,” said the Crocker’s Associate Director and Chief Curator, Scott A. Shields. “Unfortunately, I know he had much left to say.”

Despite Tilton's concerns over the future of the planet, as well as his own health struggles, curators note that the artist remained optimistic, and that his message is ultimately one of encouragement.

“It is my hope that we can reject our tendencies toward the growing swarm of mass consumerism,” Tilton said. “Perhaps the line of human evolution that we are walking will fall on the side similar to that of the colony or hive that works together for the common good and is more mindful of using only the necessary resources to make it happen in a non-destructive way. If we can maintain this balance, there may be hope for us after all.” 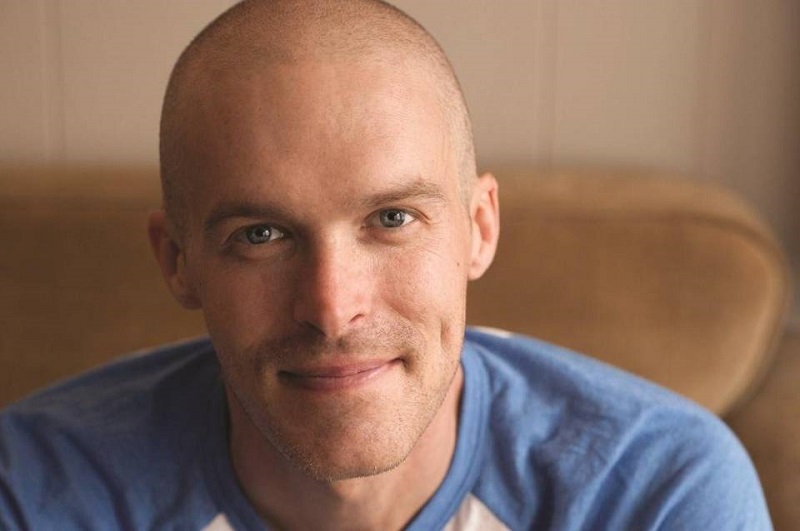 PRESS IMAGES
High resolution images of this installation are available to press/media upon request.

Mission
The Crocker Art Museum’s mission is to promote an awareness of and enthusiasm for human experience through art.

About the Crocker Art Museum
Accredited by the American Alliance of Museums for characteristics of excellence, the Crocker Art Museum features the world’s foremost display of California art and is renowned for its holdings of European master drawings and international ceramics. The Crocker serves as the primary regional resource for the study and appreciation of fine art and holds permanent collections of Californian, European, Asian, African, and Oceanic art, works on paper, ceramics, and photography. The Museum offers a diverse spectrum of exhibitions, events, and programs to augment its collections, including films, concerts, studio classes, lectures, children’s activities, and more. The Museum has also dedicated the historic building’s entire first floor as an education center, which includes four classrooms, space for student and community exhibitions, the Gerald Hansen Library, and Tot Land.

Hours & Admission
Museum hours are 10 AM – 5 PM, Tuesday through Sunday, and 10 AM – 9 PM on Thursdays. General admission is free for Crocker members, adults $10, seniors and college students $8, youth (7-17) $5, and children 6 and under are free. Every third Sunday of the month is "Pay What You Wish Sunday", sponsored by Western Health Advantage.

Location & Parking
The Crocker is located at 216 O Street in downtown Sacramento. The Museum is accessible by Light Rail with stops close by at 8th & O and 8th & K streets. Bike racks are located in Crocker Park, across the street from the Museum’s front door. Ample parking is available within walking distance, including street parking, parking lots, and public garages.