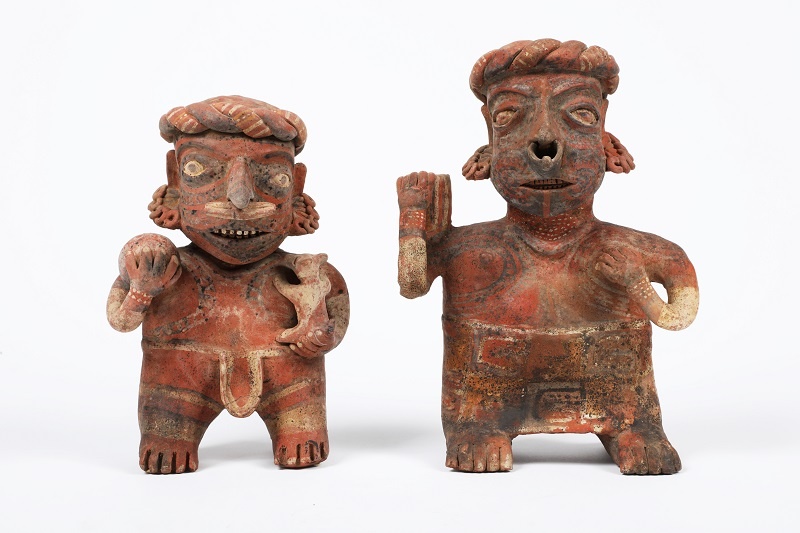 
Sacramento, Calif. - UDPATED March 6, 2018 - For the first time within the context of its permanent collection, the Crocker Art Museum is now showing Pre-Columbian ceramics, most of which are recent gifts from historic American collections. Currently offered for view are 40 Pre-Columbian pieces along with six 20th-century works from Ecuador and Peru.


For 500 years, from 250 BCE to 250 CE, people on the west coast of Mexico developed a thriving culture. Because they left no written language, all that is known about them comes from their ceramic art, which, for its time, is rivalled only by the Han Dynasty in China. This art is the visual voice of the ancient people, but to this day ethnographers and art historians have not clearly interpreted what the artists were saying. One thing is certain: The ancient artists of West Mexico found beauty in ordinary things and celebrated life in all its complexity and diversity.

The Shaft Tomb culture was named because this group’s only remaining structures are large, underground burial chambers, connected to the surface by a vertical shaft (sometimes up to 40 feet deep). The low-fired, fragile ceramics survived for more than 2,000 years because they were placed in the tombs along with the dead. Had they been left on the surface, they would have returned to the earth they were made of.

Distinct artistic styles developed in what are now the modern states of Colima, Jalisco, and Nayarit. Although the art from each area is different, they were all culturally connected; the same imagery appears throughout West Mexico, and figures from different stylistic areas sometimes appear together in one tomb.

It is thought that the ceramic sculptures served as companions, guides, and guardians of the spirit of the deceased, and/or that they represented what the deceased knew or believed while alive. Many are vessels (often with a spout), so they might have provided a symbolic form of nourishment to be enjoyed in the afterlife. It is not certain whether the ceramics were made only to be interred, as some show signs of being handled above ground.

In sharp contrast to the courtly art of other cultures in Mexico, such as the Maya and Aztec, the artists of the Pacific Coast sculpted images of daily village life and people engaged in ordinary activities, such as playing ball, preparing food, petting dogs, nursing children, feasting, playing instruments, dancing, and lounging. Because so many of the same characters are repeated — the ballplayer, the dwarf, the hunchback, the shaman, the warrior — it can be assumed that they played a role in an oral folklore or mythology. In any artistic tradition, the distortion of human proportions requires technical dexterity and the intention to express an idea. The ancient artists of West Mexico excelled at distorting anatomical parts of the body, along with animals and plants, for maximum aesthetic effect. 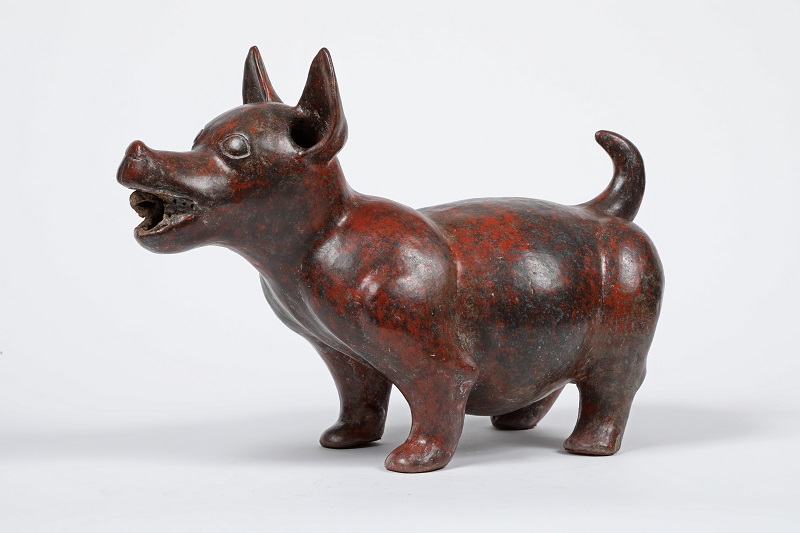 
One of the most common subjects from all the regions is the dog. They were raised to be eaten, but they were also loved and cared for as pets. Many of the sculptures feel like portraits of both people and dogs. Ceramic dogs placed in tombs may have had a role in guiding the spirit of the deceased — sniffing out a trail to the afterlife — or may have been included simply because they were considered part of the family.

Mission
The Crocker Art Museum’s mission is to promote an awareness of and enthusiasm for human experience through art.

About the Crocker Art Museum
Accredited with the American Alliance of Museums for characteristics of excellence, the Crocker Art Museum features the world’s foremost display of California art and is renowned for its holdings of European master drawings and international ceramics. The Crocker serves as the primary regional resource for the study and appreciation of fine art and holds permanent collections of Californian, European, Asian, African, and Oceanic art, works on paper, ceramics, and photography. The Museum offers a diverse spectrum of exhibitions, events, and programs to augment its collections, including films, concerts, studio classes, lectures, children’s activities, and more. The Museum has also dedicated the historic building’s entire first floor as an education center, which includes four classrooms, space for student and community exhibitions, the Gerald Hansen Library, and Tot Land.

Hours & Admission
Museum hours are 10 AM – 5 PM, Tuesday through Sunday, and 10 AM – 9 PM on Thursdays. General admission is free for Crocker members, Adults $10, Seniors and College Students $8, Youth (7-17) $5, and Children 6 and under are free. Every third Sunday of the month is "Pay What You Wish Sunday", sponsored by Western Health Advantage.

Location & Parking
The Crocker is located at 216 O Street in downtown Sacramento. The Museum is accessible by Light Rail with stops close by at 8th & O and 8th & K streets. Bike racks are located in Crocker Park, across the street from the Museum’s front door. Ample parking is available within walking distance including street parking, parking lots, and public garages.

A 30-minute exploration of a single artwork, full of discoveries and surprises.