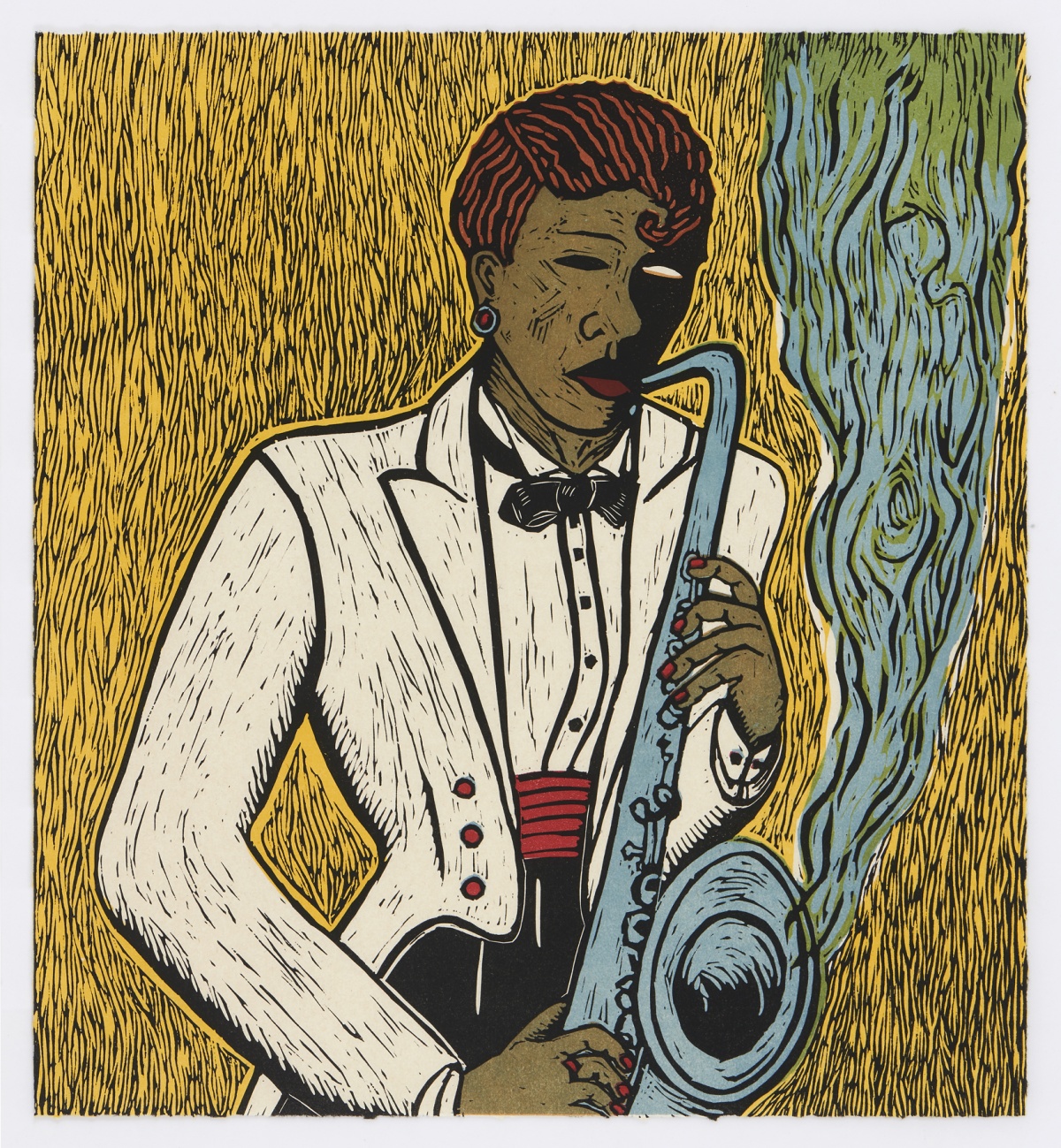 (SACRAMENTO, CA — JANUARY 11, 2021) — The Crocker Art Museum is pleased to announce the January 24 opening of "Legends from Los Angeles: Betye, Lezley, and Alison Saar in the Crocker Collection," an exhibition that brings together 23 works from the Museum’s permanent collection in a variety of media, including prints, sculpture, collage, and assemblage.

Each object presents a challenge, whether to racial stereotypes, politics, or art history. Known for their multi-layered approach to meaning-making, ironic titles, and deep engagement with themes related to gender, identity, mythology, and literature, the Saars visually address African American life in America.

With Betye Saar’s recent induction into the National Academy of Design and the national conversation regarding diversity within museum collections, this exhibition raises important questions about race, politics, and identity. The Museum’s Executive Director and CEO, Lial A. Jones explains, “We are eager to share artworks by the Saars — and the themes they address — with our community so everyone will have the opportunity to better understand the difficult realities facing our nation as seen through the eyes of the incredible Saar family.” 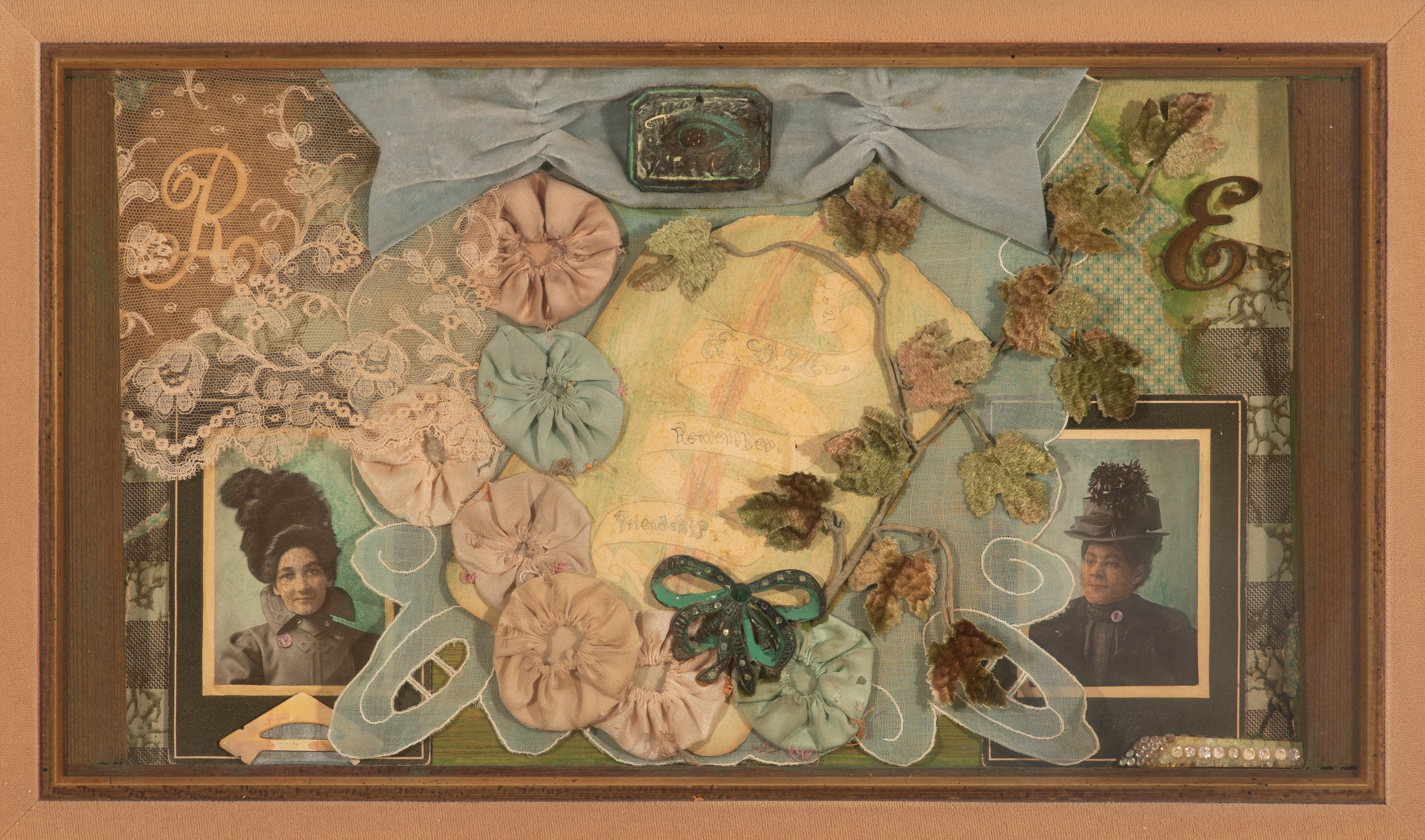 The earliest Saar work to enter the Crocker’s permanent collection is a Betye Saar assemblage piece made in 1975, Remember Friendship. It was a forward-thinking gift to the Museum by the Sacramento Chapter of Links, Inc., the same year it was created. In the 1970s, Betye Saar (born 1926) emerged as part of the Black Arts Movement and remains best known for her collage and assemblage works that challenge racial stereotypes. Raised in Los Angeles, Saar began working as an interior designer in the 1950s and shifted to printmaking a decade later. After the Watts Rebellion and assassination of Martin Luther King Jr., she began creating assemblage pieces that referenced politics, racism and racist symbols, technology, and memory.

Inspired by the Black Panther movement and the artwork of Joseph Cornell, especially Cornell’s shadowboxes arranged with found objects and fragments of photographs, Saar began collecting. At first, she gathered items from her own life, including bits of fabric, photographs, and household items, though she eventually turned to flea markets and swap meets. She uses her trove of collected objects to make works of art infused with stories that have personal meaning or that reimagine racist memorabilia into symbols of empowerment.

Additional works on view in the exhibition by Betye Saar include Woman with Two Parrots, created in 2010, which entered the Crocker's collection in 2017 as a generous gift from Emily Leff and James Davis III and We Was Mostly ‘Bout Survival, 1998, a serigraph depicting an African American woman ironing that looks as though it is pasted to a wood washboard. The print was given to the Museum by Shirley and Guy Moore in 2018. A main feature of the exhibition is the portfolio Six Serigraphs: Bookmarks in the Pages of Life, also acquired in 2018. Each of the serigraphs in the portfolio illustrates a story by African American writer Zora Neale Hurston. In all, the exhibition includes 11 works by Betye Saar.

The focus on personal reflection and assembly of objects found in Betye Saar’s works has been a touchstone in the career of her daughter Alison Saar. Living and working in Los Angeles, Saar (born 1956) is a sculptor, painter, and printmaker particularly interested in themes related to cultural prejudices, politics, and family, and inspired by African and Haitian folklore, mythology, and contemporary African American life. 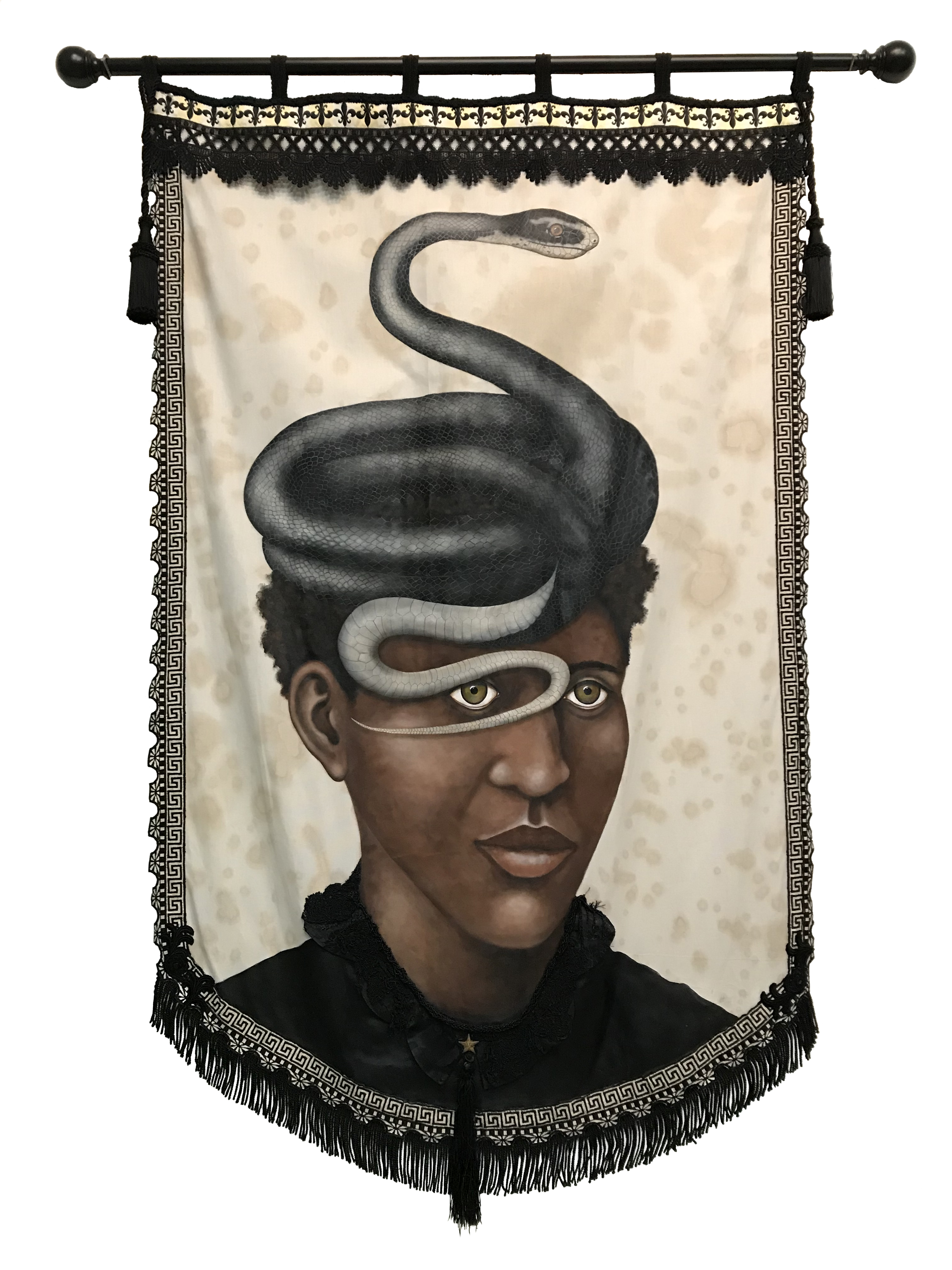 Legends from Los Angeles will feature 10 works by Alison Saar, including Hades D.W.P. II, 2016, a political and social commentary on the Flint, Michigan, water crisis that builds upon her work related to racist power structures and disaster. Additionally, the Copacetic print series will be a highlight of the exhibition and is the continuation of a project Saar began in 1991 for the Harlem-125 Street train station in New York titled Hear the Lone Whistle Moan. The vibrant series of linocuts is based on scenes from life during the Harlem Renaissance and includes musicians, singers, and dancing couples. Purchased in 2019 with funds provided by the Marcy and Mort Friedman Acquisition Fund, Janet Mohle-Boetani, M.D., and Mark Manasse, this is the first time that the portfolio will be on view at the Museum. Man in Blue Suit, a small sculpture featuring a man whose face peels back to reveal a skull, brings the themes of bodies and disaster full circle.

Like her sister, Lezley Saar (born 1953) imparts the titles of her artwork with significant meaning. Each piece, which is often a portrait, is “named” rather than “titled” and typically carries with it a short description of the figure. Saar is drawn to outcast characters that appear in literature and individuals who were forced to exist in two worlds during different historical eras. Often working in collage and painting, Lezley Saar mixes mythology and literature into a visual narrative. Two works from 2019 which are also recent additions to the Museum’s collection will be featured in the exhibition.

The largest of the two works, Zerpenta Dambullah: Born under the shade of a black willow tree in New Orleans in 1826 sat on a rock turning rain into tobacco smoke, 2019, is a painting on fabric shaped like a gonfalon. The flag depicts a figure with a snake coiled high on top of the head, suggesting images of Medusa, a Gorgon of Greek myth, whose hair made of snakes could turn humans to stone. The second work, which invites close looking, is a photo collage titled I turned my back on the ocean, 2019. The title ominously inverts the saying, “Never turn your back on the ocean.” In a nod to her interest in historical eras and the ways in which madness was diagnosed and treated over time, Saar overlaid a skeleton onto a figure in Victorian mourning dress. The figure stands beside an empty chair and gazes out over an expansive sea. Both Lezley Saar works in the Museum’s collection were respectively made possible by acquisition funds provided by Emily Leff and James Davis III, and the Plant Fund.

Break free from traditional painted or sketch portraiture and experiment to create radical and disruptive portraits through mixed media and found objects.

Explore the basics of acrylic painting techniques while getting to know one of the primary painting genres: landscapes.