For America: Paintings from the National Academy of Design Highlights 200 Years of American Art 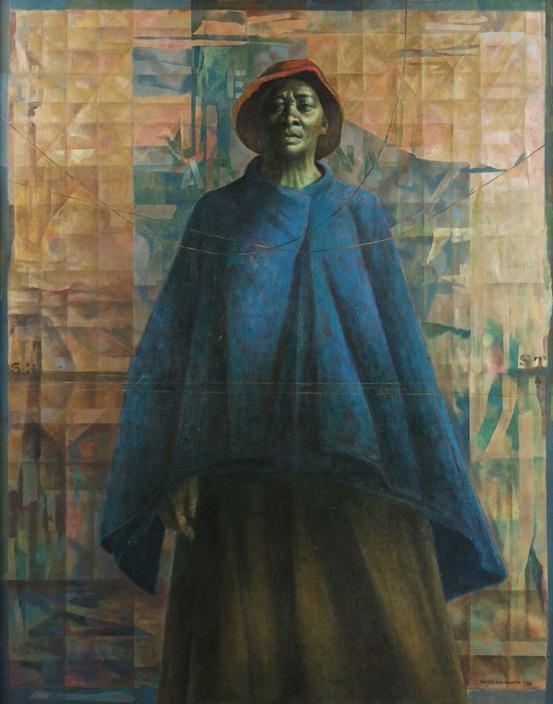 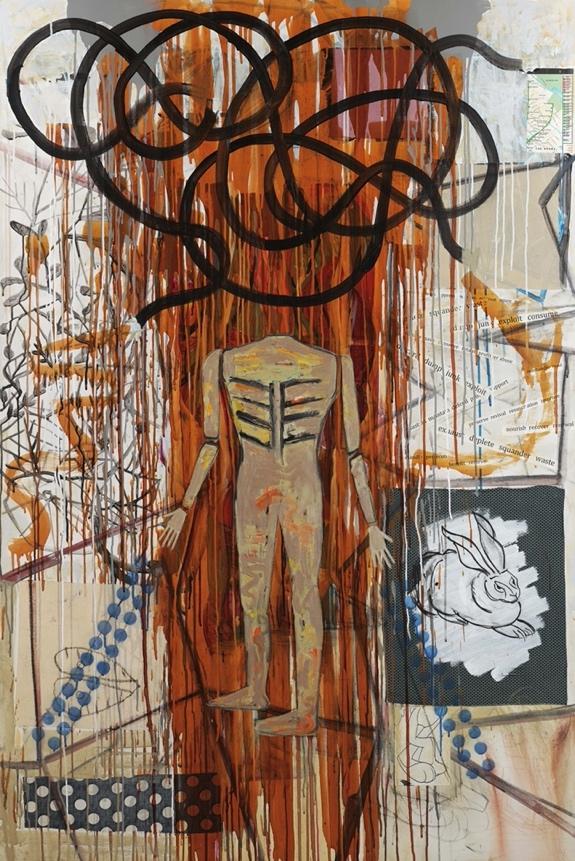 Organized by the American Federation of Arts and the National Academy of Design (the Academy), For America is the first exhibition to highlight the fundamental characteristic of the National Academy's collection: the joint presentation of an artist's portrait with her or his representative work.

The exhibition's one hundred extraordinary paintings present not only a visual document of the Academy's membership but a unique history of American painting from 1809 to the present.

From its founding in 1825 to the present, the Academy has required all Academicians to donate a representative work to the Academy's collection, and from 1839 to 1994, the Academy also required Associates to present a portrait of themselves, whether painted by their own hand or that of a fellow artist. 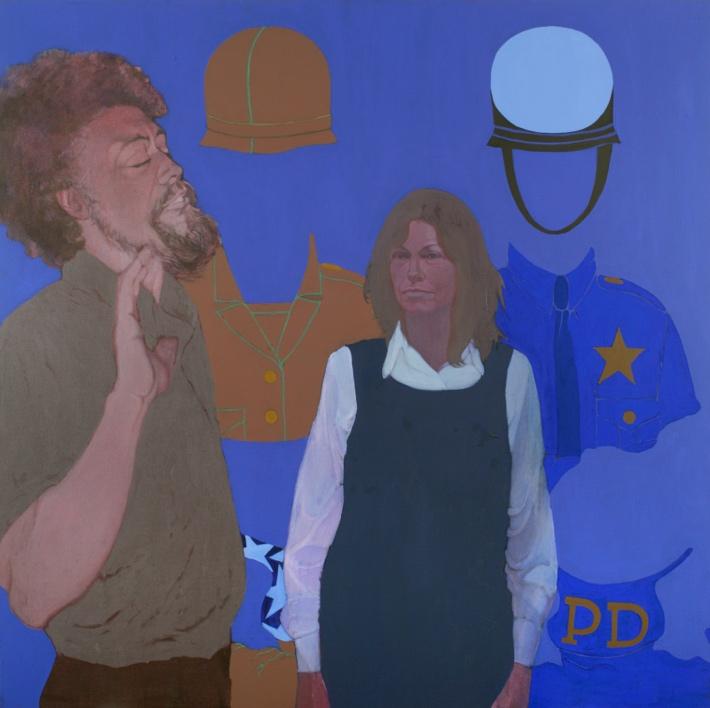 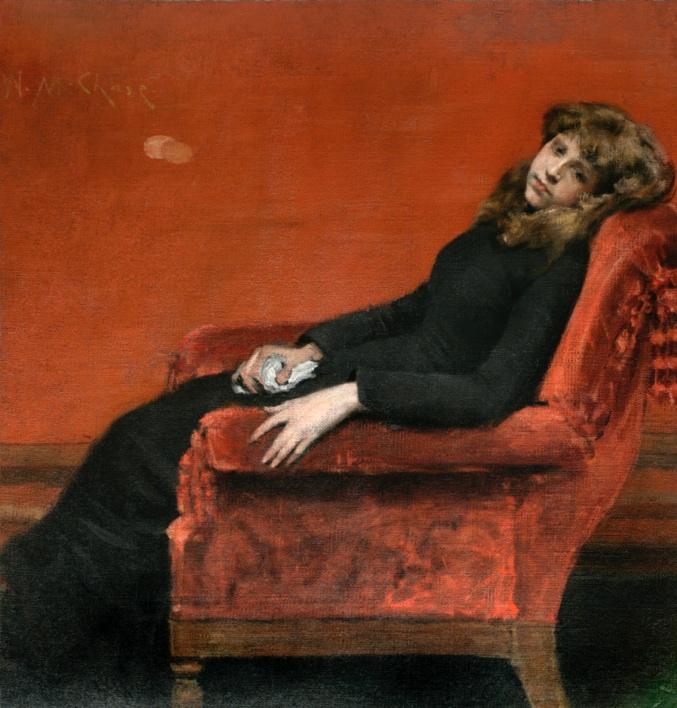 The first of five exhibition sections, Founding an American School, explores the origins of the Academy and the accompanying rise of the Hudson River School and American genre painting. Asher B. Durand's impressive Self-Portrait (ca. 1835) and Landscape (1850) provide an exceptional lens through which to view one of the Academy's founders: the figures depicted in the latter work speak to the importance of artists' relationships, one's place in the natural world, and the power of interpretation. Other featured works include portraits of polymath and explorer Eliza Greatorex and noted landscapist Worthington Whittredge and superb examples of this native school of painting from Albert Bierstadt, Frederic Edwin Church, and John Frederick Kensett. This section also provides the opportunity to view the earliest of Eastman Johnson's self-portraits (ca. 1859-60) alongside a scene drawn from his series devoted to the American South.

A New Internationalism reveals the impact of contemporary European art and art education on the pedagogy of the Academy and its associated school of fine arts. William John Whittemore's striking portrait, Charles Courtney Curran (1888-89), provides an archetypal representation of the American artist in Paris, depicting the painter sketching from a classical statue at the Louvre. This section traces artists' friendships and social networks abroad, with the intimate friendship of Robert Frederick Blum and William Merritt Chase as a telling case study. The two traveled throughout Europe together in the first half of the 1880s, frequently depicted one another, and were elected Associate National Academicians in the same year. While some of Chase's critics perceived an aloofness in his figures, the artist's emotionally stirring portrait of Blum forges a deeper connection between the duo's well-known paintings The Young Orphan and Two Idlers, framing each in a new light.

Painting America explores the Academy's nascent role in the early twentieth century as the purveyor of artistic tradition in the United States. Strongly rejecting European modernism, the Academy compensated by widening its national base. This resulted in a geographically diverse and highly representative collection of landscapes and scenes of American life, from Daniel Garber's New Hope School of Pennsylvania Impressionism to Ernest L. Blumenschein's interpretations of the American Southwest.

Later works in the exhibition by Albert Kresch and Reuben Tam show that places like Taos, New Mexico and Monhegan Island in Maine - frequented by Robert Henri and his student George Wesley Bellows - continue to be important satellites for American art.

Postwar Realisms outlines how realism in its various incarnations remained a viable alternative to American abstraction, which dominated the postwar period. Highlights include Ivan Albright's otherworldly Self-Portrait (1948), a melancholic yet visionary Self-Portrait (1945) from Andrew Wyeth, and Richard Estes's photorealistic NYC Parking Lot (1969). Although women had been admitted to the Academy since its inception, in the mid 20th century, the Academy broadened its membership to encompass a diversity of American experiences, including artists of color. For example, the exhibition includes Charles White's diploma portrait Matriarch (1967)—a portrayal of his great-aunt Hasty Baines, born into slavery in 1857 on the Yellowley plantation in Ridgeland, Mississippi. Painted 110 years after her birth, in the thick of a decade rife with political and social unrest, the deeply personal work stood for White as a symbol of wisdom and courage—universal themes also explored in his mature work Mother Courage II (1974).

The exhibition's final section, For America, presents paintings from living National Academy members whose work addresses contemporary concerns while harkening back to America's storied past. This section shows that one of the most vital artistic legacies within American art is an undaunted commitment to realism, especially the figurative tradition, which has been championed by artists across centuries. The Academy is a living institution that counts 440 of today's leading artists and architects as members, and paintings by Kay WalkingStick, David Diao, Jaune Quick–to–See Smith, and Peter Saul provide mirrors for the present, ways of imagining and grappling with the past, and, finally, dreams for a possible future.

A richly illustrated scholarly catalogue accompanies the exhibition and will be available for purchase in the Crocker Art Museum Store.

The exhibition is curated by Diana Thompson, Director of Collections at the National Academy of Design, and Jeremiah William McCarthy, former Curator at the Academy. The Crocker's in-house curator is Jayme Yahr, Ph.D.

The Crocker brings people together and connects them in unexpected ways with art, ideas, each other, and the world around them. Founded as a public/private partnership in 1885, the Crocker features the world's foremost display of California art and is renowned for its holdings of master drawings and international ceramics, as well as European, Asian, African, and Oceanic art. The Crocker serves as the primary regional resource for the study and appreciation of fine art and offers a diverse spectrum of exhibitions, events, and programs to deepen visitors' understanding of art, including films, concerts, studio classes, lectures, and an array of activities for families and children. Find more information about exhibitions and programs at crockerart.org.

ABOUT THE AMERICAN FEDERATION OF ARTS

The American Federation of Arts is the leader in traveling exhibitions internationally. A nonprofit institution founded in 1909, the AFA is dedicated to enriching the public’s experience and understanding of the visual arts through organizing and touring art exhibitions for presentation in museums around the world, publishing scholarly exhibition catalogues, developing innovative educational programs, and the fostering of a better understanding among nations through the international exchange of art.

ABOUT THE NATIONAL ACADEMY OF DESIGN