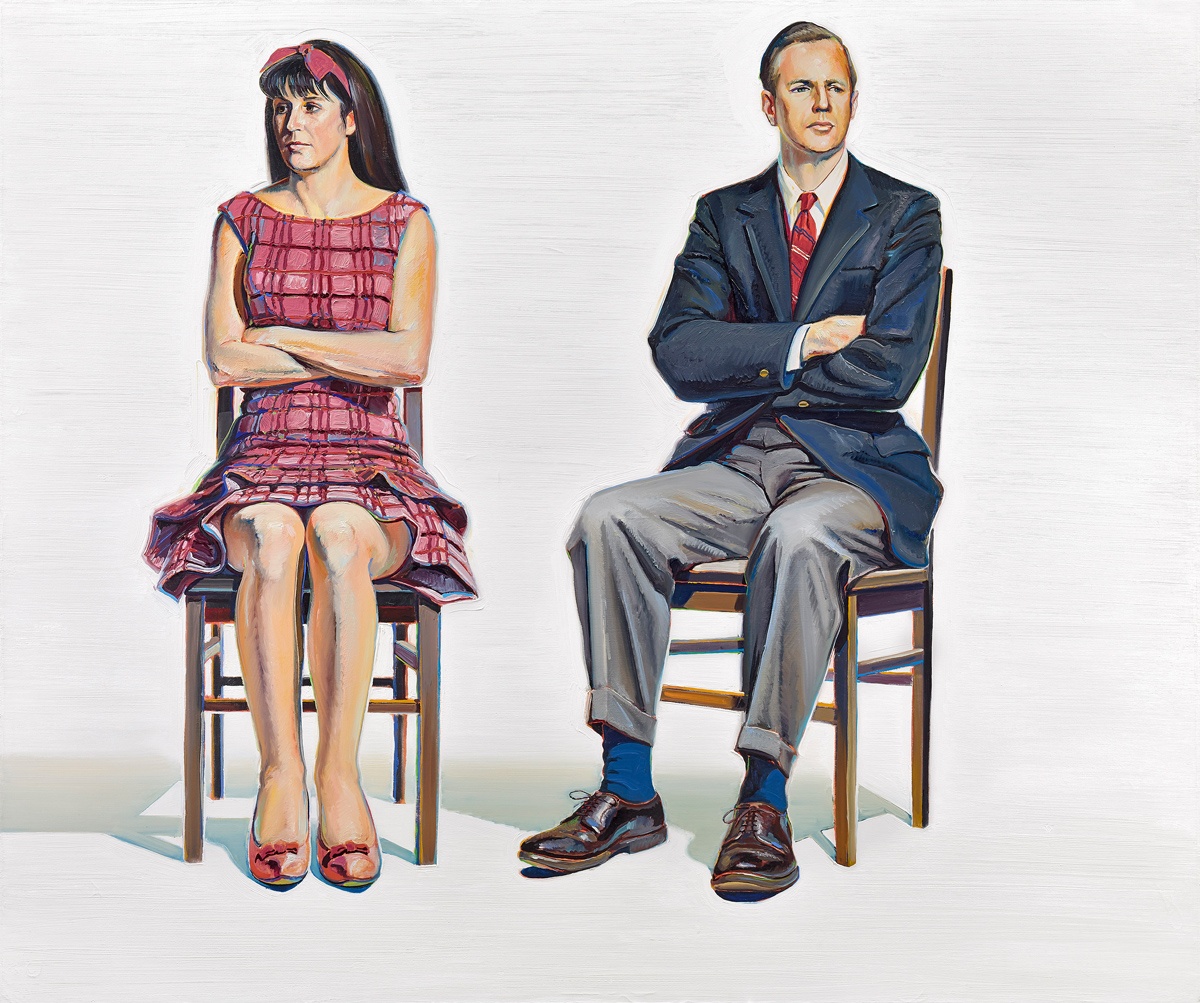 A Canvas by a Sacramentan, depicting Sacramentans, to Remain in Community


The Wayne Thiebaud Foundation has donated to the Crocker Art Museum the late artist’s iconic 1965 painting Two Seated Figures. The most important single art gift in the Museum’s history, the painting is being given in memory of the painting’s subjects: the artist’s wife, Betty Jean Thiebaud, and his friend, C. K. McClatchy. “It is most fitting that two such important Sacramento personalities shall remain here on canvas and in spirit, in the city that they called home,” said Mort and Marcy Friedman Director & CEO Lial A. Jones of the gift. “And, because it is by Sacramento’s best known and most beloved artist, it will be a pivotal work in the Crocker’s collection for generations.”

"We are so very pleased to have Two Seated Figures reside at the Crocker Art Museum. We feel that this is the “home” for this painting. These two Sacramento luminaries played an important part in creating and supporting Sacramento’s historical and artistic legacy," added the Wayne Thiebaud Foundation.

Born November 15, 1920, in Mesa, Arizona, Thiebaud spent most of his childhood in Long Beach, California, and, for a time, southern Utah. He came to the Sacramento region with the United States Army Air Forces in 1942 when stationed at Mather Field. Following his service, he worked in commercial art in Los Angeles before beginning a career as a studio artist. In 1949, he enrolled at San José State College (today San José State University), taking both art and education courses. In 1950, he transferred to Sacramento State College (today California State University, Sacramento). While pursuing his master’s degree there, he started teaching art and art history at Sacramento Junior College (now Sacramento City College). A year later, he held his first solo museum exhibition, Influences on a Young Painter—Wayne Thiebaud, at what was then the E. B. Crocker Art Gallery.

In 1960, Thiebaud accepted a new teaching job at the University of California, Davis. By the spring of 1961, Thiebaud had produced enough of his new still-life paintings of food and commonplace objects to start exhibiting them. Though his first shows in Sacramento and San Francisco garnered little attention, his show at the Allan Stone Gallery in New York, Wayne Thiebaud: Recent Paintings, which opened in April 1962, was successful beyond expectations. Influential collectors, art world personalities, and critics came to see and write about the work. Every single piece sold—some to museums. Time magazine even credited Thiebaud with creating a “slice-of-cake school.”

In hindsight, the exhibition was perfectly timed, as it coincided with a watershed moment in art history, the birth of Pop art. Thiebaud himself, however, claimed less interest in Pop’s satire than in observing the world around him, stating, “At present I am painting still lifes taken from window displays, store counters, supermarket shelves, and mass produced items from manufacturing concerns in America.”

In 1964, Thiebaud felt the need to expand his repertoire and took a year off from teaching to paint life-sized figures. At first, he sought to work from memory, as he had in his still lifes, though he was unhappy with the results. He started using models, at first turning to friends and family who would pose patiently and for free. The models in Two Seated Figures were his wife, Betty Jean, his most frequent model and muse, and friend C. K. (Charles Kenny) McClatchy, grandson of the first C. K. McClatchy and later president of McClatchy Newspapers, including the Sacramento Bee.

The painting shows Thiebaud’s propensity to place his figures in vacant white or neutral spaces, which, along with strong lighting, forced viewers to focus on the person or people, not their environments. Also, as in his still lifes, he surrounded his figures with rainbow halations of color, helping to enliven the painting overall and transition the subjects into their backgrounds. Many have described Thiebaud’s figurative paintings as human “still lifes,” as his subjects do not reveal their feelings or engage the viewer. Betty Jean fully understood that when she posed she would be reduced to “objectness.”

Part of the challenge Thiebaud set for himself was not to evoke any type of narrative, as he aimed to depict a person revealing nothing and doing nothing—just waiting for something to occur. He explained:

Most people in figure paintings have always done something. The figures have been standing posing, fighting, loving, and what I’m interested in, really, is the figure that is about to do something, or has done something, or is doing nothing, and, with that sort of centering device, try to figure out what can be revealed, not only to people, but to myself.

The results of depicting people doing nothing proved surprisingly illuminating not just for Thiebaud but for his audience. Rather than impede engagement and potential for meaning as one might expect, the approach invited viewers to draw upon their own experience to explain what the people portrayed might be thinking or feeling, the ambiguity adding layers of personal richness.

Two Seated Figures is among the most enigmatic and psychologically resonant of the artist’s figurative works and invites contemplation and discussion. “This will certainly be true at the Crocker,” states Ted and Melza Barr Chief Curator and Associate Director, Scott A. Shields. “It will also be a pilgrimage painting for Museum, one that visitors from far and wide will come to see. Though the painting is quintessentially Sacramentan and especially relevant to our community, it is a painting that truly bridges time and place.”