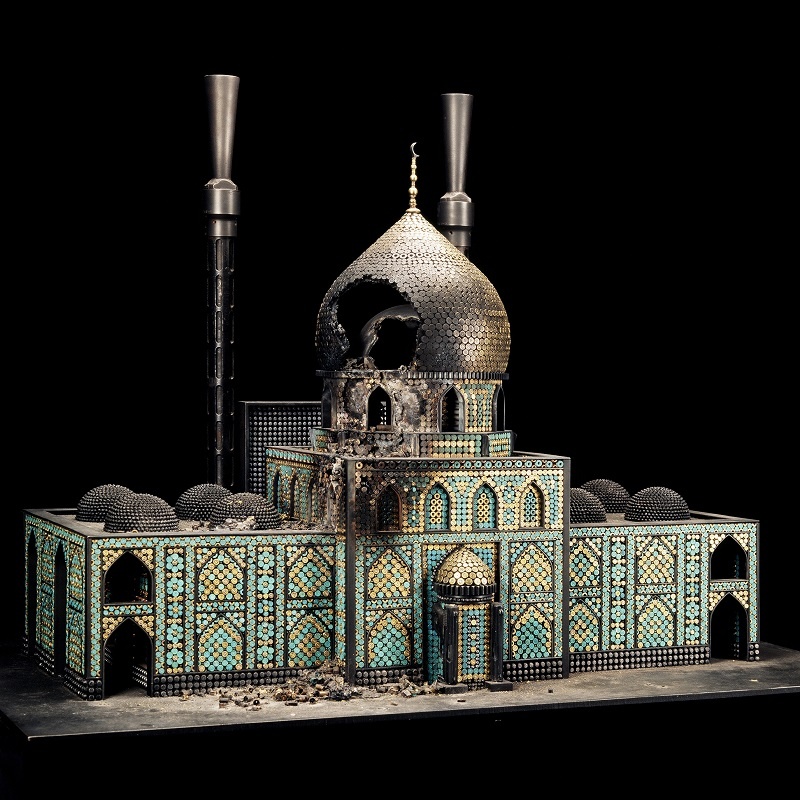 (Sacramento, CA - UPDATED August 1, 2019) The Crocker Art Museum is pleased to announce the unveiling of a new acquisition, Al Farrow’s powerful and compelling sculpture, “Bombed Mosque.” An anti-war statement, “Bombed Mosque” is constructed of more than 50,000 bullets and shell cartridges and weighs 780 pounds.

Included in the artist’s 2015 solo exhibition at the Crocker, this piece deals specifically with acts of terrorism in Pakistan targeting Shi’ite mosques. While the front appears complete and balanced, the rear reveals a gaping hole. Other sculptures by Farrow depict synagogues and places of worship, as it is not the artist’s intention to denigrate any single belief, but to be mindful and probing of all. Farrow’s sculptures are exactly realized and meticulously scaled, with each work giving new context to guns and ammunition. 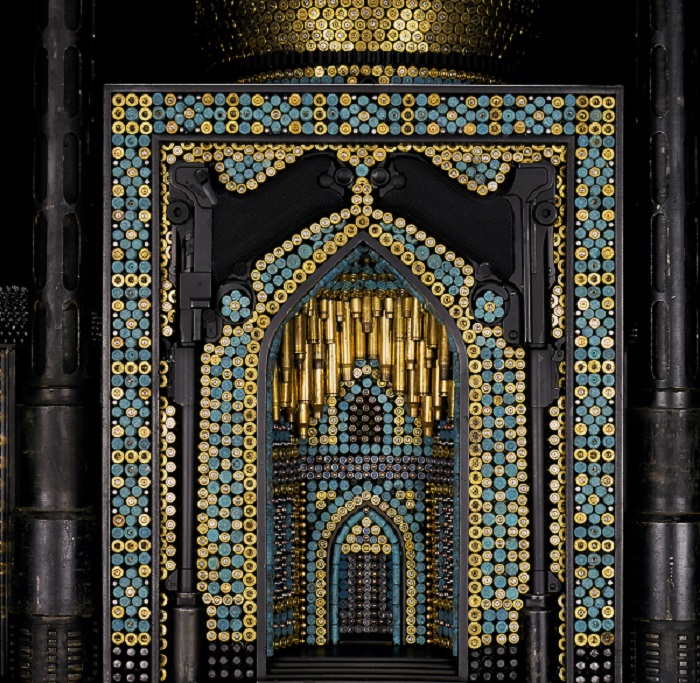 BACKGROUND: THE ART AND THE ARTIST
The inspiration for such pieces came to the artist in Italy, where in 1995 he toured the crypt of the church of San Lorenzo in Florence. A display of reliquaries — all gleaming surfaces and ornate metalwork — captured his imagination. In particular, he was jarred by one vessel in which the bones of a single finger stood, suspended. Back home in San Rafael, California, Farrow’s reflection of the experience resulted in a new work quite different from his earlier cast bronzes. Farrow has always invested his art with social critique, but, as he explains, “Something clicked when I started using real guns and bullets.”

Today, in a studio filled with gun and ammunition parts, the sculptor cuts and welds his unusual inventory. In the vast variety of arms manufactured in the 20th century, he derives distinctive architectural features such as flying buttresses, arched windows, and minarets. Combining Uzis, copper bullets, brass casings, and steel shot, he showcases both conceptual and spatial play along with a host of fine detail. The realization that bullets and guns have been so ingeniously employed jolts the viewer, provokes awe, and sometimes even inspires meditation.

High resolution images and interview opportunities are available upon request. 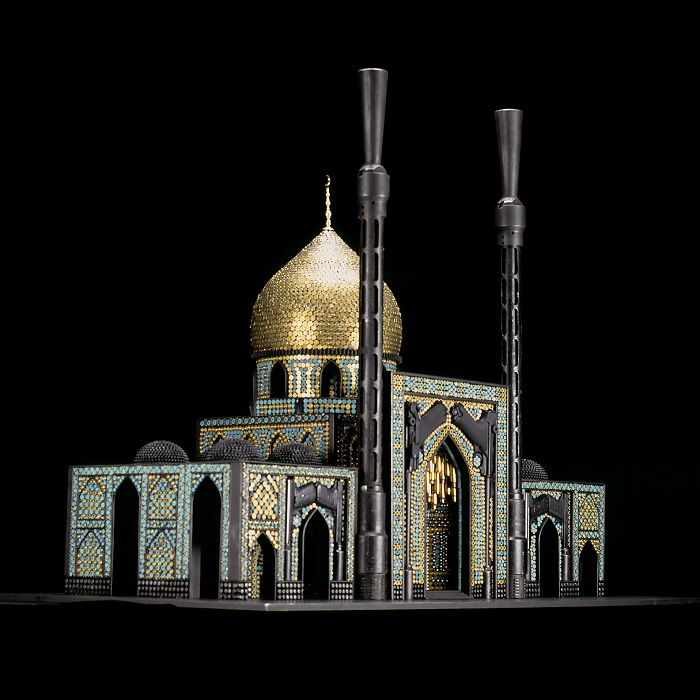 Gain working knowledge of composition and acrylic painting fundamentals in a class designed for novice painters. Livestreamed via Zoom.

This month, we're taking on ​An American Marriage: A Novel​ by Tayari Jones, a 2018 Oprah Book Club Selection.

Discover and be inspired by the determined, powerful women of the Harlem Renaissance Movement. Via Zoom.