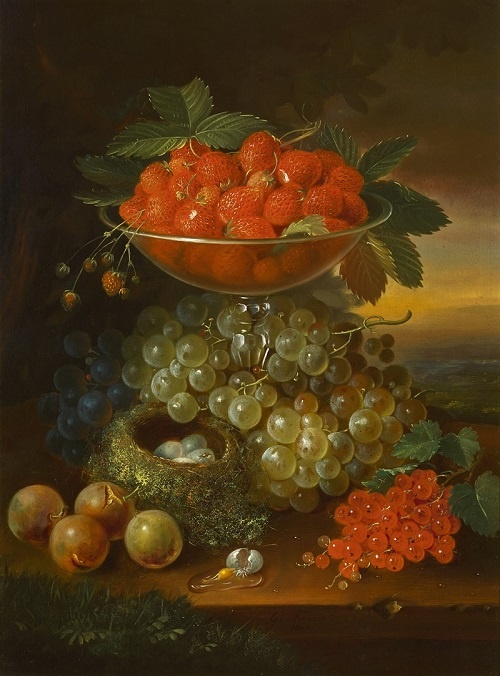 (Sacramento, CA - UPDATED December 5, 2018) The Crocker Art Museum is proud to announce the exhibition “American Beauty and Bounty,” a show of 19th-century American paintings that are as treasured for their aesthetic as for their national importance.

The exhibition features 27 works from an iconic, private collection of pastoral landscapes, masterfully painted still lifes, and narrative genre scenes (depictions of daily life) that, when shown together, provide unique perspectives of a peaceful and hopeful nation during a period of economic growth, the American Civil War, and the late 19th century. Collectively, the paintings communicate a spirit of American optimism, of transcendental wonderment in nature, of national abundance, and of nostalgia for ways of life that were passing into history even as the scenes were being painted.

Highlighted in the exhibition are some of the most noteworthy Hudson River School artists — landscape painters centered around New York City who are renowned for their depictions of the Hudson River Valley and diverse locales beyond the region.

All of the paintings in the exhibition are promised gifts to the Crocker by Southern California collectors Judith and Steaven Jones. The gift constitutes the most important gift of American art from outside the state to ever come to the Museum.

“This gift is transformative on national level,” says the Museum’s director and CEO, Lial Jones. “While the Crocker is known for its signature collection of California art, and many of the works in the Museum’s holdings help to tell the story of American art as a whole, the gift of the Judith and Steaven Jones Collection reflects our commitment to the diversity of art created across the United States.”

THE COLLECTORS, THE ART, AND THE ARTISTS
Judith G. and Steaven K. Jones began to acquire 19th-century American paintings in the late 1970s, focusing on their shared love of historic American art. They set a time frame of 1803 to 1875, and sought out landscapes that, before widespread photography, recorded a serene and bucolic nation on the cusp of great change, just prior to the Industrial Revolution.

“Not only do the paintings celebrate nature with topographical accuracy, but they also moralize, induce piety, and appeal to viewers’ sense of nationalism by what they include as well as what they leave out,” says the Museum's chief curator and associate director, Scott A. Shields.“ Asher B. Durand, for instance, believed that art should be representative, not just imitative, meaning that it has to satisfy the mind.” 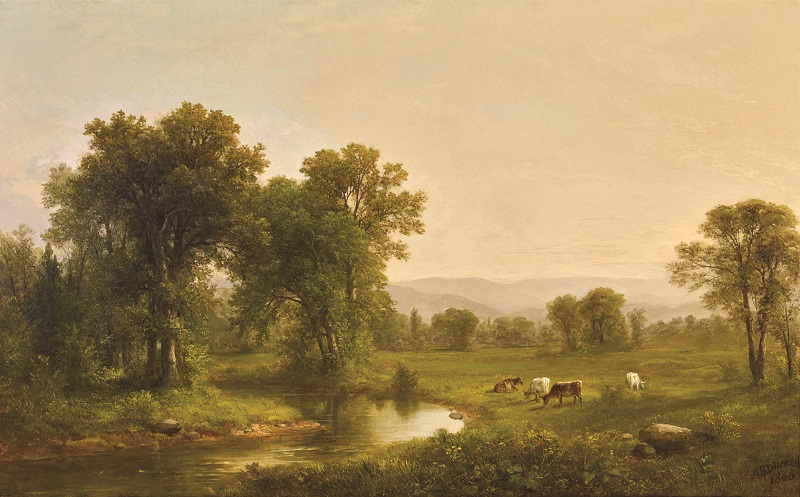 “As with landscapes, genre paintings had the potential to moralize, induce piety or patriotism, and evoke nostalgia,” says Shields. “Following the Civil War, genre scenes also helped unite the country by reminding viewers of shared experiences.” 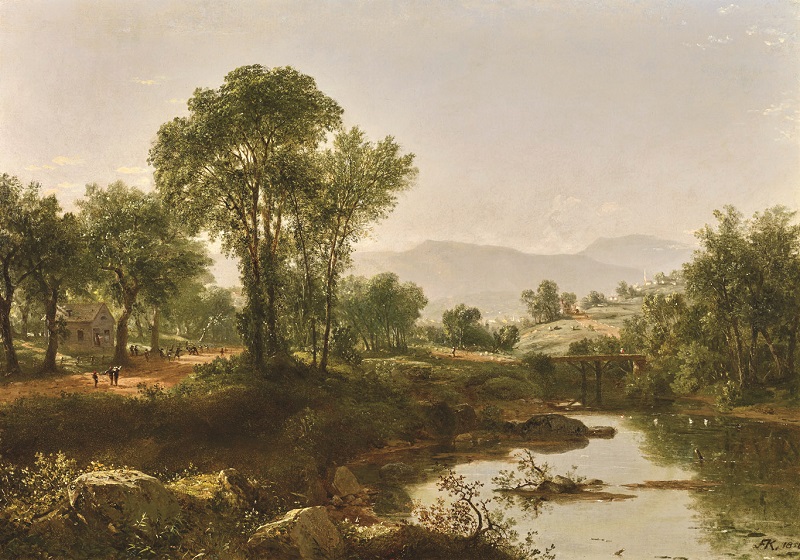 While the five still lifes in “American Beauty and Bounty” were later additions to the Joneses’ collection, they are among the couple’s most cherished. The works by Severin Roesen, George Forster, John Francis, William Harnett, and Claude Raguet Hirst are highly detailed and technically polished, but the artists also communicate through a masterful selection and combination of objects.


As Judith and Steaven Jones searched for an institution that would preserve their collection for future generations, they selected the Crocker upon a recommendation by Bruce Robertson, former curator of American art at LACMA and esteemed professor of American Art at the University of California, Santa Barbara. After selecting the Crocker, the Joneses added a California scene to the group, “A Golden Summer Day Near Oakland” by Albert Bierstadt, an artist who worked in both the East and West. With the addition of this painting, the Jones Collection is connected directly with that started by Sacramento’s Crocker family.

Wrote the Joneses in a catalogue that accompanies the Crocker exhibition, “It is the oldest museum west of the Mississippi, is located in our state capital, and, consequently, has a steady stream of visitors. We are delighted beyond words that the Crocker Art Museum is where our carefully selected, long-enjoyed paintings will reside.” 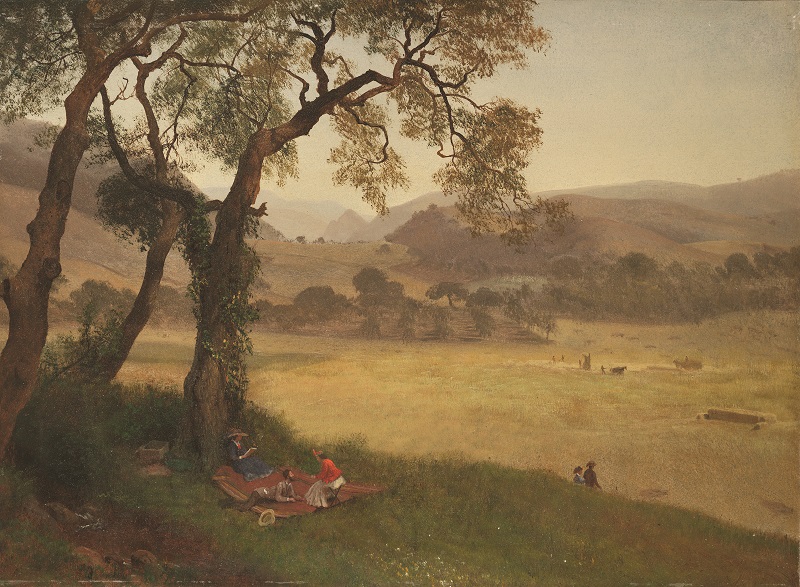 This exhibition is organized and curated by the Crocker's associate director and chief curator, Scott A. Shields. A full-color, hard copy catalogue accompanies the exhibition and is available at the Crocker Art Museum Store.

High-resolution images of several works in this exhibition, and an exhibition checklist, are available to members of the press upon request.

For information on these and other Crocker programs click HERE.


ABOUT THE MUSEUM
Through engaging, innovative, and life-changing interactions with art, the Crocker Art Museum provides meaningful opportunities for people of divergent backgrounds to find common ground. Founded as a public/private partnership in 1885, the Crocker features the world’s foremost display of California art and is renowned for its holdings of master drawings and international ceramics, as well as European, Asian, African, and Oceanic art. The Crocker serves as the primary regional resource for the study and appreciation of fine art and offers a diverse spectrum of exhibitions, events, and programs to deepen visitor’s understanding of art, including films, concerts, studio classes, lectures, and an array of activities for families and children. More information about exhibits and programs can be found at crockerart.org

Tour: For America and Beyond

In this guided tour, feast on masterworks by American artists featured in "For America: Paintings From the National Academy of Design," and "Legends from Los Angeles: Betye, Lezley, and Alison Saar," in the Crocker Collection, currently on view.

In Motion: A Panel Discussion About Dance on Film

Tapping into the connection between Rady’s exquisite forms and the imagery of dance, this interactive discussion celebrates the multimodal nature of dance on film.