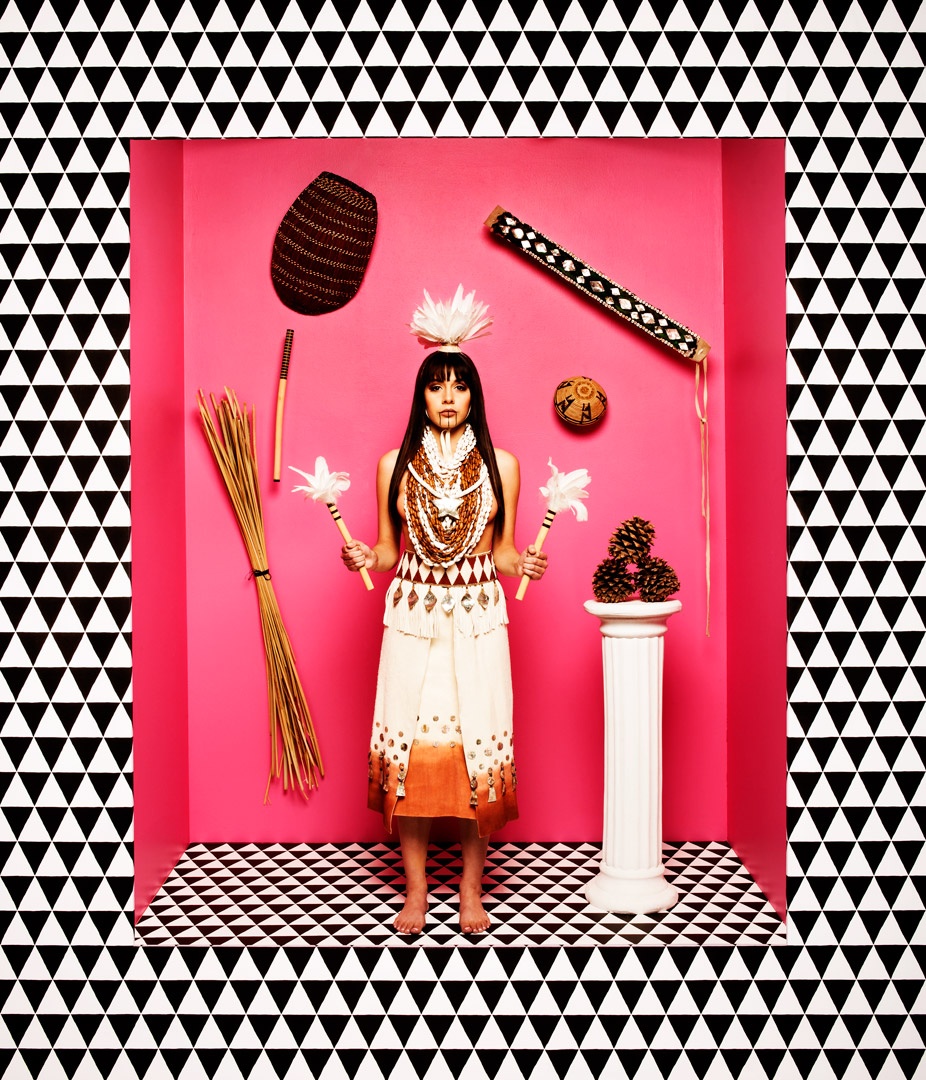 "When I remember I see red” is a phrase laden with allusions to memory, race, bloodshed, and anger. It recalls the American Indian experience and the activism that characterizes this generation of Native artists. In addition to creating compelling works of art, many helped restore aspects of ceremony, language, or material culture that were in danger of disappearing. Others have dedicated themselves to passing their knowledge on to the next generation or renewing a sense of community.

Some of the works are explicitly political in content. However, most aim to reverse erasure and invisibility, while reasserting Native philosophy and sovereignty. The exhibition highlights some of the recurring themes explored by Native artists over the past few decades: history, tradition, and spirituality; identity and beauty; human impact on the environment; social justice; and the inevitable intersection of Native cultures with contemporary American culture. 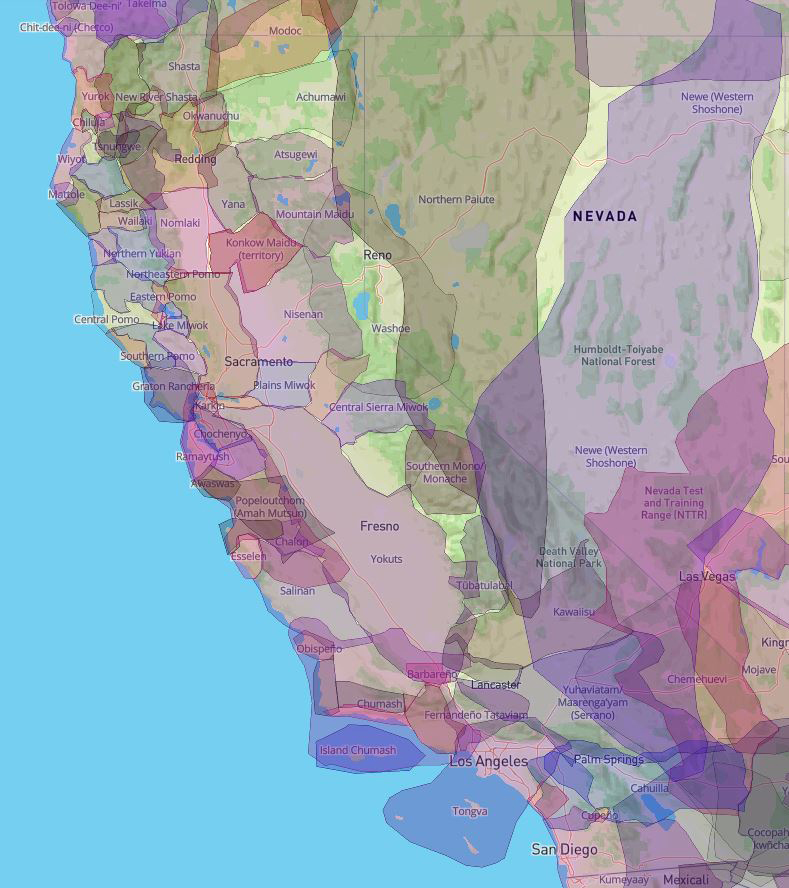 Many of the artists have existing ties to the Crocker. For example, Fritz Scholder's (Luiseño, 1937–2005) first solo exhibition was at the Crocker in 1972. Scholder, who chose not to identify as Native American, eventually brought serious recognition to American Indian art. The Crocker also has ties to Frank LaPena, (Nomtipom Wintu, 1937–2019) who was at the center of the American Indian fine arts and ceremonial revival movement in California for 60 years. LePena served as the co-curator for The Extension of Tradition: Contemporary Northern California Native American Art in Cultural Perspective, a 1985 exhibition that included many of the era’s top Native artists, and When I Remember I See Red.


Most of the artists in the show work in multiple mediums and traditions. For example, Karen Noble (Chimariko/Karuk, b. 1955) is known for her exquisite dance regalia and meticulously detailed paintings. Likewise, Lyn Risling’s (Hupa/Karuk/Yurok, b. 1950) art grew out of her work as an educator and illustrator of bilingual teaching materials. Many of the artists are self-taught, like Dalbert Casto (Nisenan, b. 1934).

For many, existence is tied to one’s tribal origins. Some have found disparate means of reconciling that core identity with Western culture, which has both ignored and actively persecuted American Indians. These artists process the implications of their inherited legacy through work that is geared toward broader awareness of indigenous issues and positive political change. Members of the younger generation often combine art and activism, embracing issues of identity, politics, and injustice to produce innovative and enlightening work. 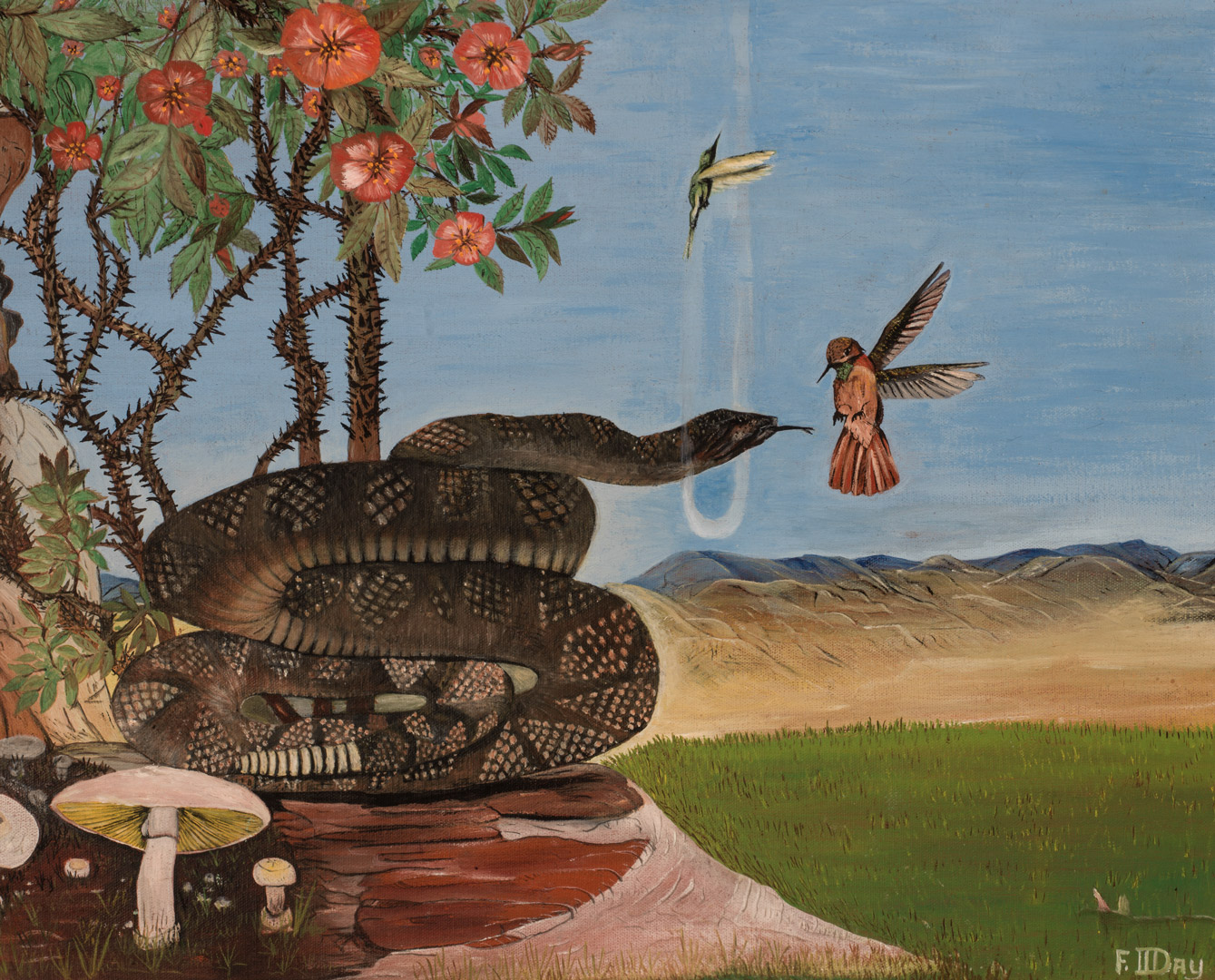 
For instance, Brian Tripp (Kruk, b. 1945) is known for his commitment to reviving the Klamath River's regional ceremonial culture and his dedication to Native sovereignty. Conversely, Cara Romero (Chemehuevi, b. 1977) uses her art to address issues of cultural appropriation and stereotypes through a feminist perspective.

The show includes several other notable artists: George Blake (Hupa/Yurok, b. 1944), Frank Day (Konkow Maidu, 1902–1976), Harry Fonseca (Nisenan/Maidu/Native Hawaiian/Portuguese, 1946–2006), Jean LaMarr (Pit River/Paiute, b. 1945), James Luna (Payómkawichum/Ipi/Mexican American, 1950–2018) and Jamie Okuma (Luiseño/Shoshone-Bannock, b. 1977), who uses repurposed designer shoes to explore fashion as it relates to modern indigenous beauty. Regardless of their fame, each artist celebrates, sustains, and nurtures Native culture. Many, like Rick Bartow (Wiyot/Mad River Band, b. 1946) and Hulleah Tsinhnahjinnie (Diné/Seminole/Muscogee. b/ 1954), have dedicated themselves to calling out oppressive systems, cultivating awareness, and promoting justice.

When I Remember I See Red is on display through January 26, 2020. Additional information about the artists is available in the exhibition catalogue, which features essays by Native and non-Native artists, curators, and academics. 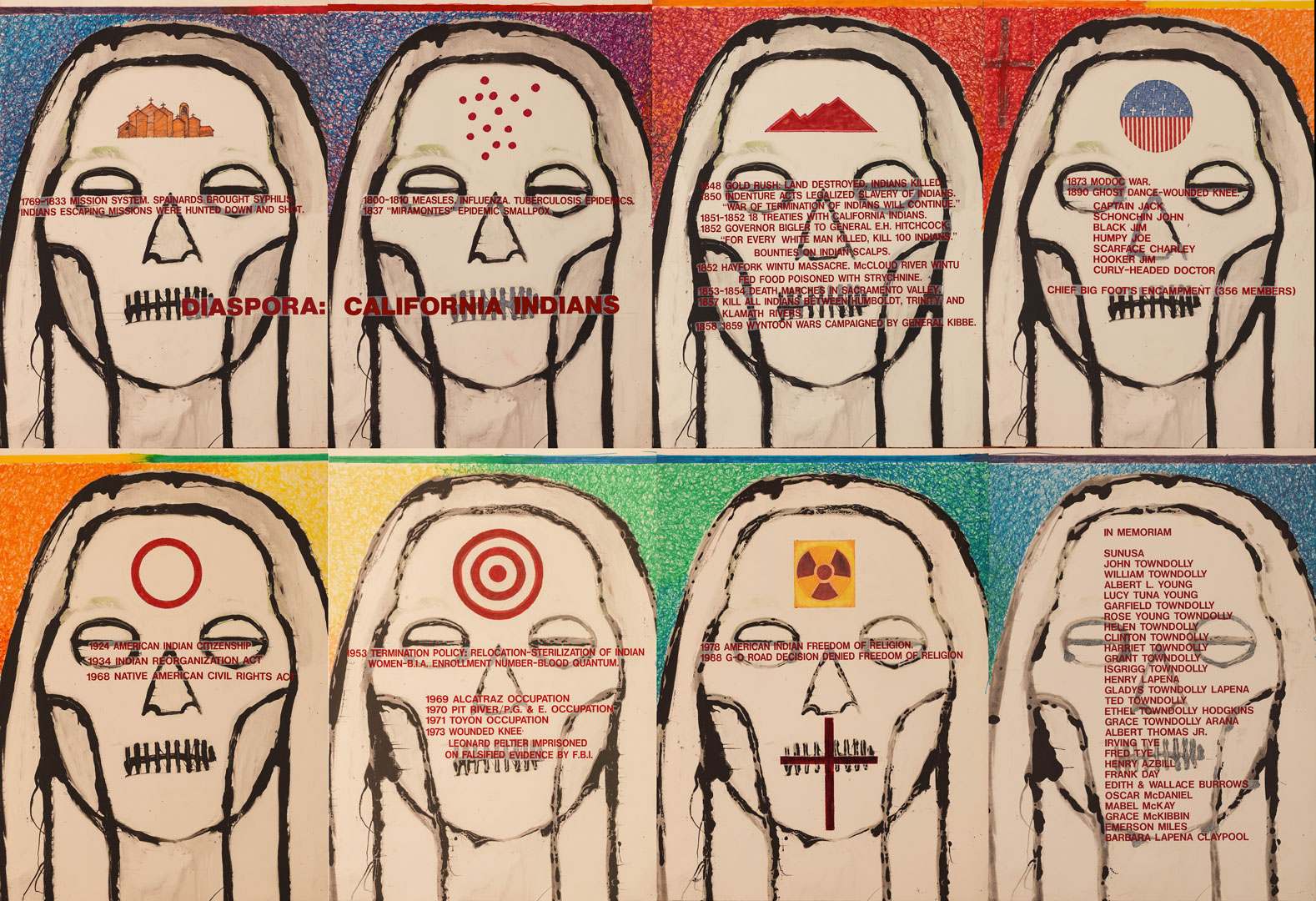 
When I Remember I See Red was conceived by, and is dedicated to, Frank LaPena (1936–2019), a renowned writer, artist, curator, poet, and professor. Additional support was provided by co-curator Mark Johnson, professor of art at San Francisco State University. The exhibition's lead sponsor is the United Auburn Indian Community. Further support was provided by the Native Cultures Fund of the Humboldt Area Foundation and the Shingle Springs Band of Miwok Indians.

The Crocker Art Museum would like to recognize and acknowledge the many distinct communities of indigenous peoples that have made California a center of diversity for millennia. The greater Sacramento region, where the Crocker is located, is still the tribal land of the Nisenan, as well as a crossroads for Maidu, Miwok, Patwin, Wintun, and Wintu peoples. We hope this exhibition challenges stereotypes while offering the opportunity to engage in community healing.