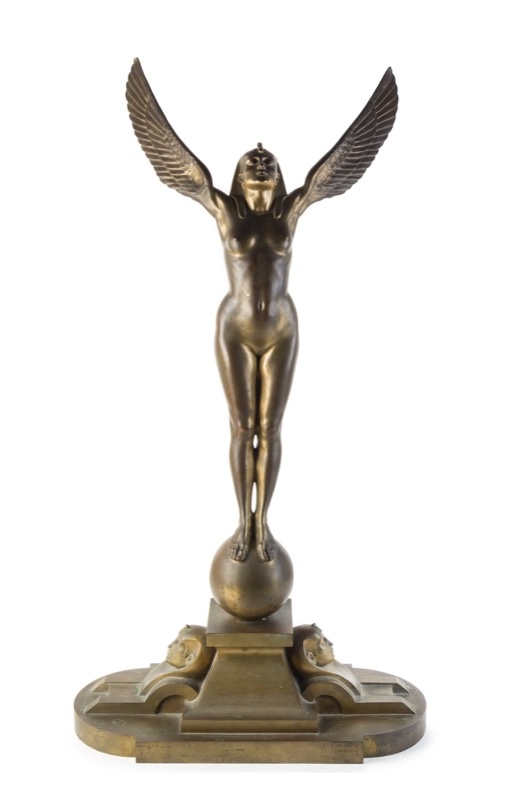 
Patigian's "Isis" (1907) was purchased today with the generous support of Crocker donors Ted and Melza Barr.

Born in Van, Armenia, in 1876, Haig Patigian immigrated to Fresno with his family at the age of 15 and worked in the vineyards and as a sign painter. Opting for an art career, he arrived in San Francisco in 1899 and enrolled at the Mark Hopkins Art Institute, working in the art department of the Bulletin newspaper to support himself. 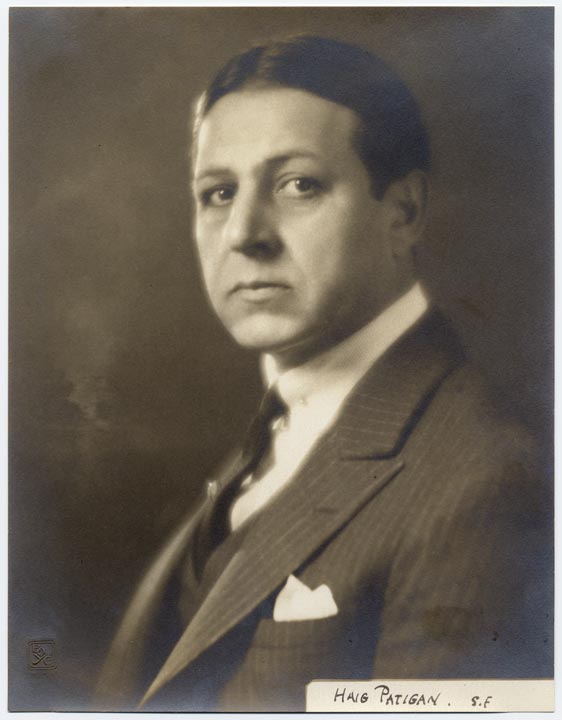 After the 1906 earthquake devastated the city, he spent a year in Paris, where he received criticism from Alix Marquet and exhibited at the Paris Salon.

Upon returning to San Francisco, he established a home and studio where he produced portrait busts, monuments, and architectural sculpture. He soon became one of the most famous sculptors on the West Coast.

Patigian died at his home in San Francisco in 1950. 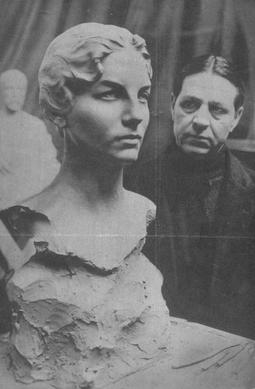 Newspaper clipping of Haig Patigian standing next to his bust of Helen Wills, October 1928