Thursday Nights In: The Personal Element with Curators Jayme Yahr and Christie Hajela 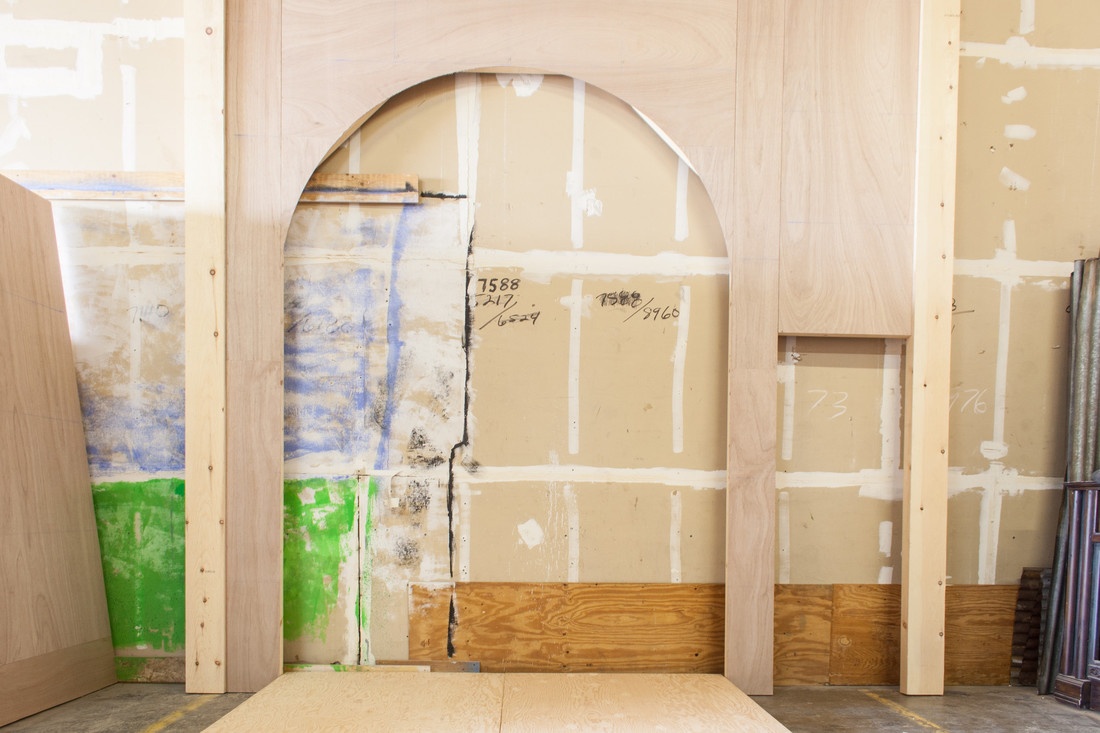 Click here for a chat with two Crocker curators about the curatorial process, exhibitions, collections, and life at the Museum.


If you thought New York City taxi drivers had a reputation, think again. Johannesburg drivers make them seem tame by comparison. I believe the phrase “a loose understanding of traffic laws” is a standard compliment in the city. In fact, I wouldn’t be surprised if their radical driving was considered a necessary skill; it certainly was for a situation I found myself in: rushing in afternoon traffic to catch a flight from Oliver Tambo International airport.

Nevertheless, there I sat, careening down the highway, weaving in and out of traffic, in the back of said taxi interviewing Swiss curator Hans Ulrich Obrist on the way to OR Tambo, as it is affectionately known. As I frantically wondered if I would ever arrive safely, I tried my utmost to listen intently and probe Obrist on the highlights of his career.

He waxed lyrical about his friendship with artists Peter Fischli and David Weiss, his work at the Serpentine Gallery in London, and the process of putting together the seminal exhibition Cities on the Move, which he had organised with fellow curator and critic Hou Hanrou in the mid 1990s. I had read so much about these events previously and now I was getting a first hand, behind-the-scenes look into his career.

As a journalist turned museum programmer, I have a compulsive need to think beyond exhibitions as artworks in a gallery and explore their founding set of ideas.

Eventually we arrived at the airport; we said our goodbyes and Obrist left. I breathed a rather large sigh of relief being, you know, glad to be in one piece. I settled on the sidewalk and begun to contemplate what had just happened and what we had discussed, when I suddenly realized I didn’t know how I was going to get home. Off I ran, pretty quickly I admit, to figure out a flight home to Cape Town and meet the article’s deadline.

Much like the one with Obrist in the taxi, I think of exhibitions as a form of conversation — although, thankfully, less frenetic. Exhibitions involve characters, namely artists, artworks, curators and the viewer; they explore a particular topic/theme/subject, and, most importantly, they progress and evolve over time as each of the characters interact with each other.

As a museum programmer and journalist at heart, I am constantly exploring how these conversations can and do unfold and I am particularly enthralled by how curators, like Obrist, use specific techniques to tell certain narratives. 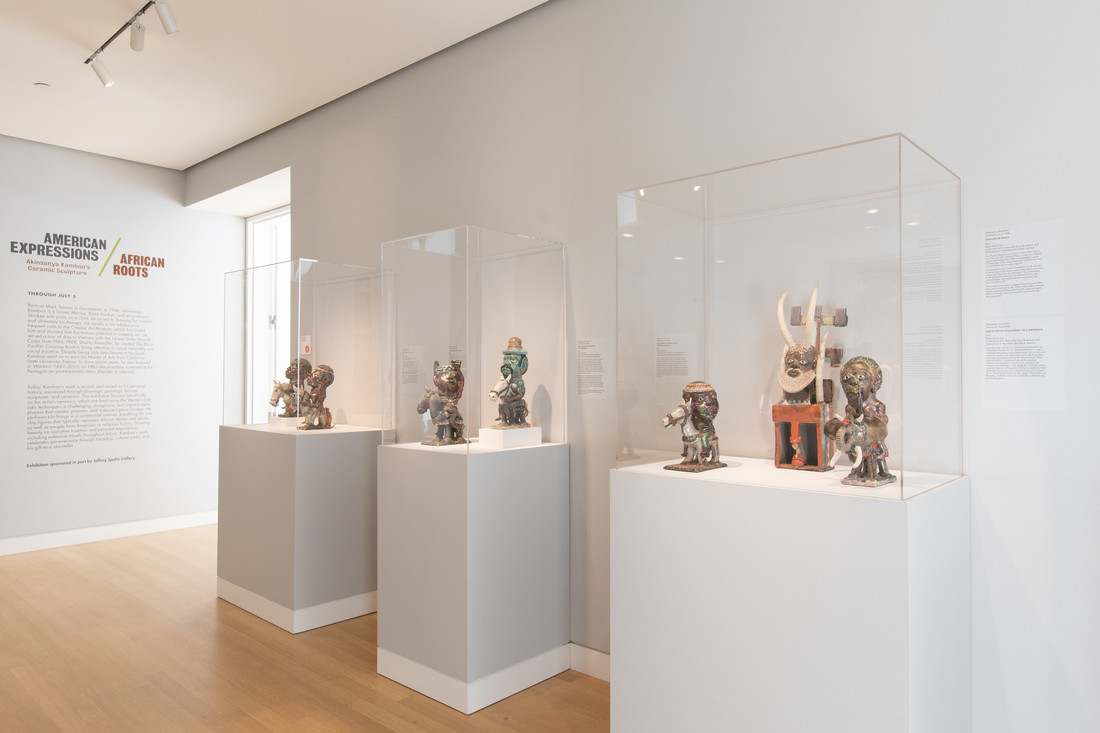 "I have a compulsive need to think beyond exhibitions as artworks in a gallery and explore their founding set of ideas. " (Image: American Expressions / African Roots: Akinsanya Kambon's Ceramic Sculpture , 2020.)

Long before beginning my work in museums, I was drawn to curating. The curatorial process is interesting specifically because of the way research, art, art history, theory, education, and ideas coexist within it. Moreover, figures like Pontus Hulten, Jens Hoffman, Bisi Silva, Maria Lind, Lucy Lippard, Harald Szeemann, and many others — have been instrumental in shaping the way these aspects interact within art institutions and their philosophies have had a significant impact on the way I conceive my work.

Now, it may seem strange to hear an educator looking to curators for inspiration, but that is precisely the point. Dutch architect Rem Koolhaas, himself a former journalist (turned architect), talks about how he has a “compulsive need to record” that he then transforms into ideas. As a journalist turned museum programmer, I have a compulsive need to think beyond exhibitions as artworks in a gallery and explore their founding set of ideas. If I am able to understand the various ways an exhibition can be read, I program more inventively.

Working in this way, is not only a nod to Obrist and the way he works with people outside the art world — like architects, scientists, environmentalists, philosophers etc., each of whom offer different ways of thinking about art and the world. It is also a recognition of the fact that, for me, the curatorial process is intrinsically educational as it is fundamentally about knowledge production and reinterpretation.

A Kraftwerk in California 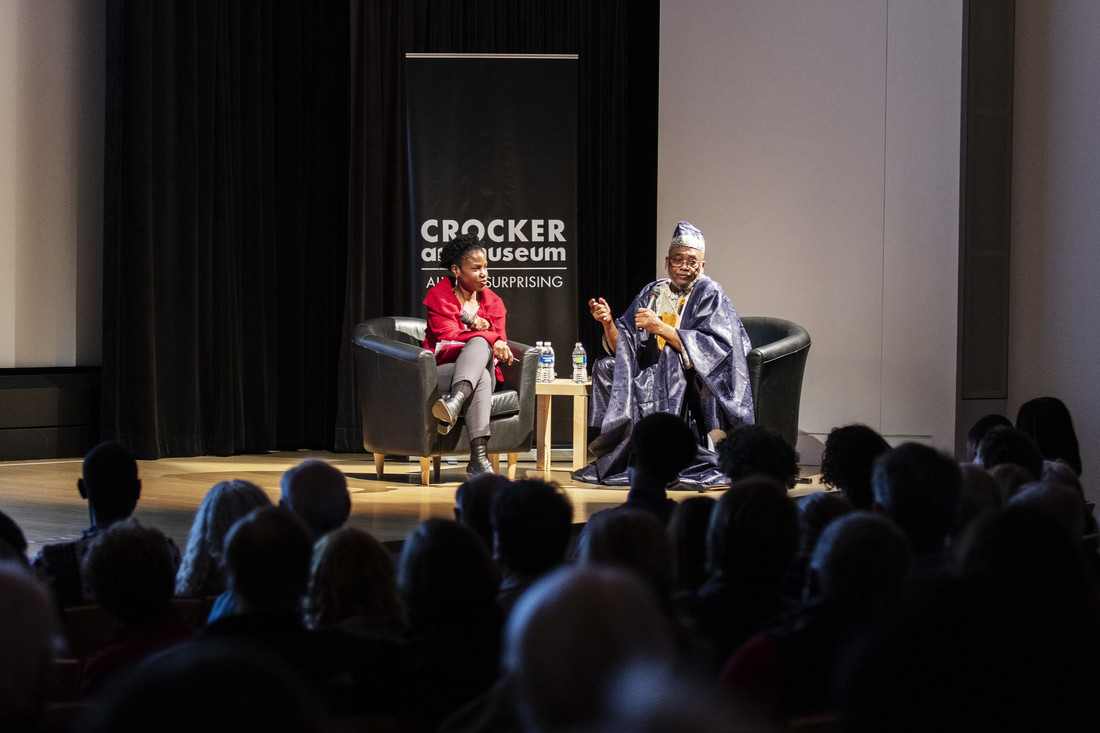 The late Alexander Dorner, director of the Rhode Island School of Design Museum and Provinzialmuseum in Hanover, Germany conceived of the museum as a kraftwerk — a type of powerstation, producing a particular cultural energy and dynamism. I cannot think of a more apt description for the work done between the Education and Curatorial departments at the Crocker.

In museums, curators and educators work together in varying degrees. At certain institutions the relationship is closer and more symbiotic than at others, while at other spaces the curator is the educator and vice versa. At the Crocker, we don’t necessarily work together in the formation of the exhibitions. Nonetheless, educators work closely with curators to form programming and to create certain ways of engaging with the show that the artwork itself cannot provide. The artwork, the way it is displayed, and its wall label do not always have the answers to our questions. Nor does art or an exhibition always ask the questions one wants it to, and this is where our two departments overlap.

Nor does art or an exhibition always ask the questions one wants it to, and this is where our two departments overlap.

In a theoretical sense, education exists both through the design of the exhibition itself (via the artwork, the artists that are presented, how they are presented using certain themes, narratives etc.) and in the extension of the exhibition to as many different audiences as possible — through lectures, panel discussions, music performances, early childhood initiatives, school programs, and studio classes that teach themes/techniques used by artists on display. To meld this together in the most beneficial way(s) possible requires a lot of interdepartmental conversations and a good grasp of how each curator/educator works.

Since joining the Crocker I have taken great pains to learn how everyone in the curatorial department works. The department is made up of Associate Director and Chief Curator Scott A. Shields, Curator William Breazeale, Associate Curator Jayme Yahr, Assistant Curator Christie Hajela, and Curatorial Assistant Cristina Urrutia, all of whom conceptualize, research, design and/or host exhibitions related to their particular subject interests and expertise. Then there are the registrars: Ashleigh Crocker and Erin Aitali, who coordinate all the exhibition and permanent collection logistics, e.g. artwork travel arrangements, insurance, and collection maintenance. Finally, there is the exhibition design team led by Exhibition Design Director Matt Isble and preparators Jessica Barclay and Jason Hovey who, along with the curators and registrars, design the layout of and hang the exhibitions. 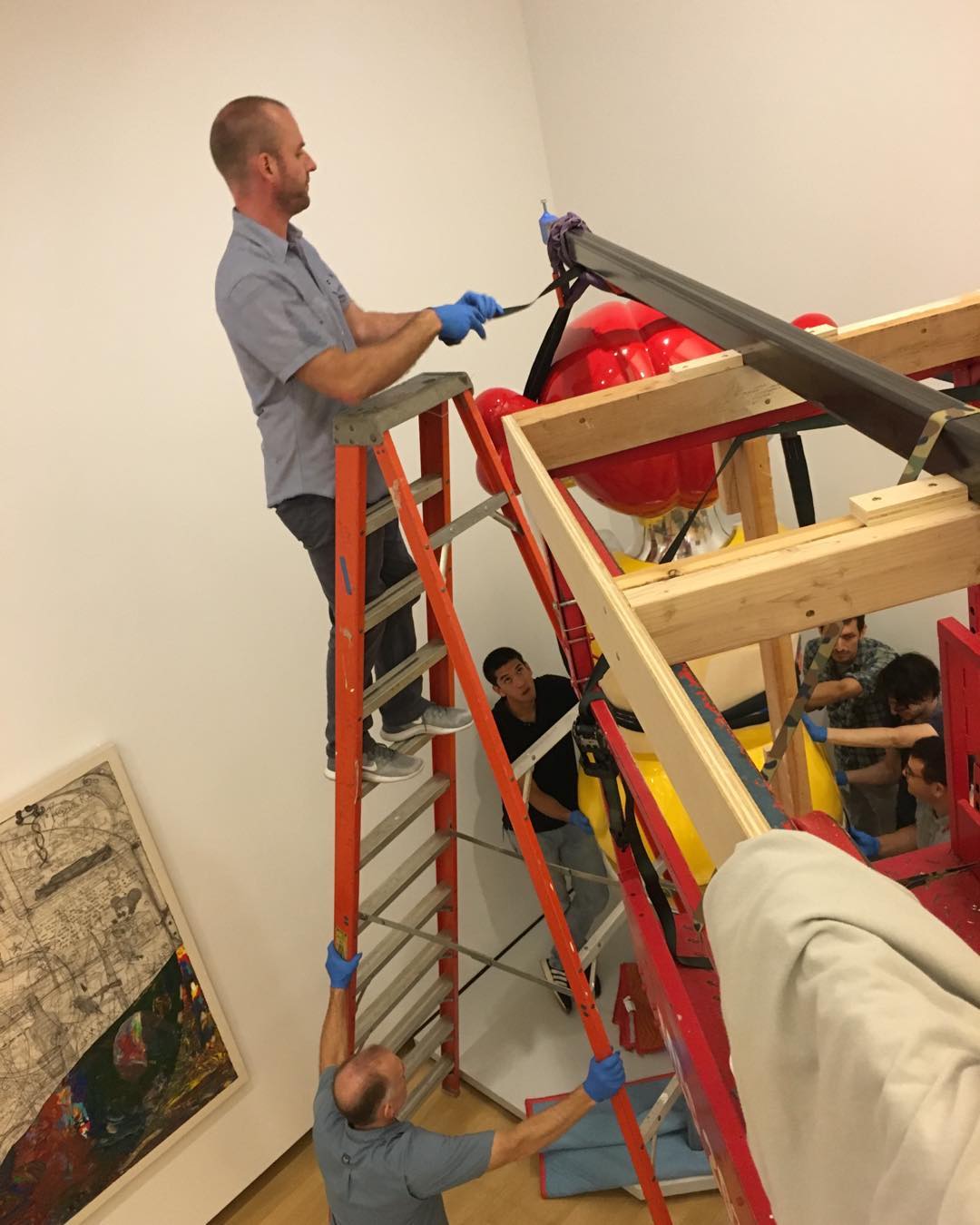 As I prepared for this summer's exhibitions, I worked closely with Jayme Yahr and Christie Hajela. Jayme and I spent many mornings and afternoons pouring over her 3-D model of the third-floor Barr gallery and thinking about what types of programs would make sense in relation to the Louis Comfort Tiffany exhibition she was due to host. Meanwhile, Christie and I brainstormed how to coordinate a conversation between Director of Education Stacey Shelnut-Hendrick and artist Akinsanya Kambon in addition to scheduling for visits for film directors with films connected to her hosting of the exhibition Todd Schorr: Atomic Cocktail.

These are a few examples of the many steps in curating a show, most of which often take years to realize and involve many different processes, which form part of an exhibition’s backstory.

Here, I often think Matt and his team have the best jobs at the Museum because my favorite moments at work are the ones where I get to sneak into the exhibition and watch it being installed. I feel a sense of excitement seeing the artwork unboxed, laid out in the space, and the team creatively solving problems that arise with all manner of creations. You can just feel the show brimming with potential. It is a similar surreal experience to the Obrist taxi interview — getting to see beyond what is on the walls, highlights of which we want to share with you.


Top Image: At the workshop of the Toulouse-Lautrec interactive exhibit.

About the Author: Houghton Kinsman works as the Adult Education Coordinator at the Crocker Art Museum in Sacramento, California. He holds a Master of Fine Art in Art from the University of Cape Town, South Africa and has previously served as assistant to the Curator of Education at the Museum of Contemporary Art, North Miami. His writings have appeared in Art Africa, Contemporary And, Dazed and Confused, Frieze, and Artthrob.