The Edge of Elegance: Porcelains by Elsa Rady 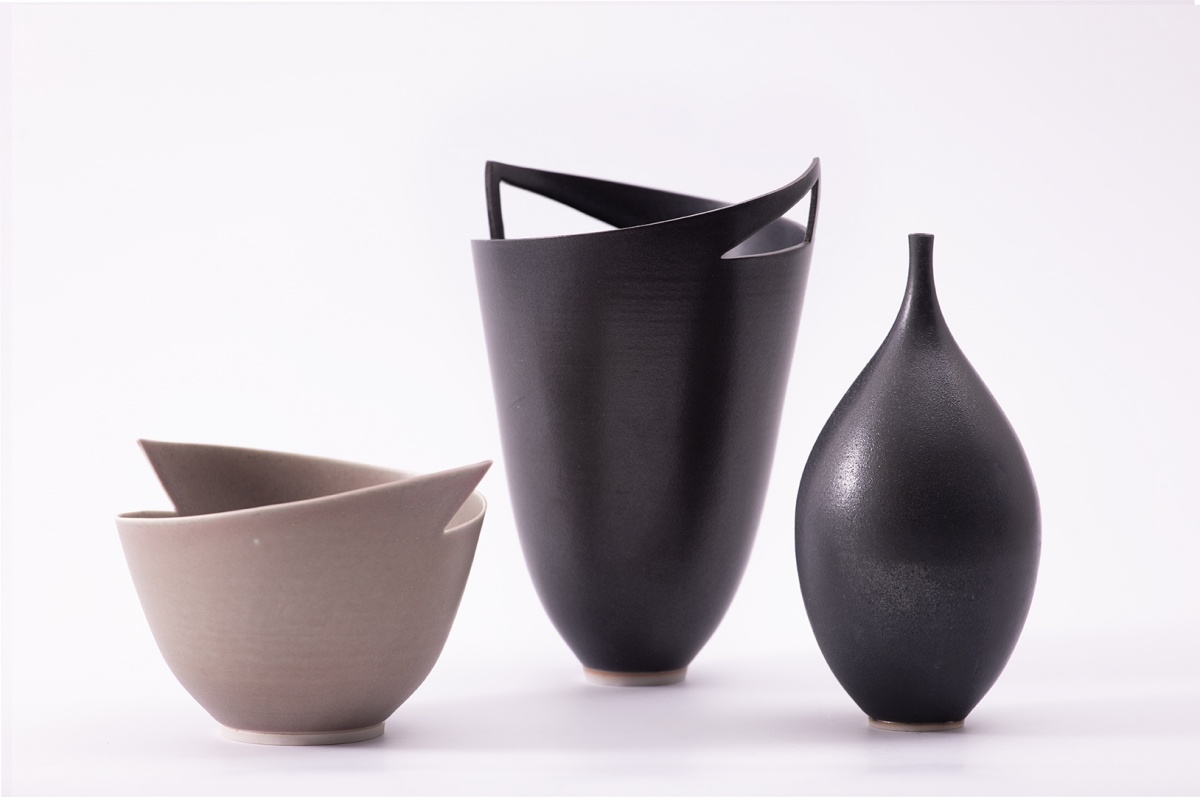 
Elsa Rady (American, 1943–2011) became known in the 1980s and 1990s for her exquisitely designed porcelain vessels. The Edge of Elegance: Porcelains by Elsa Rady is both an introduction to Rady and a focused look at the evolution of her work, from functional wares to the elegant, nonfunctional pieces she is best known for today. Featuring more than 50 vessels recently gifted by the artist’s family, this exhibition will be the first solo show of the artist’s work in more than a decade.

Rady was born in New York City but lived and worked in Southern California for much of her adult life. She began taking pottery lessons at Greenwich House Pottery in New York at age seven. Greenwich House was founded in 1902 to improve the living conditions among the predominately immigrant population of the neighborhood, and it soon became a center of fine arts education and production. As its reputation grew, many ceramists taught, lectured, and gave workshops there, including California artists such as Peter Voulkos, Rudy Autio, and Jun Kaneko.

In 1962 Rady attended the Chouinard Art Institute in Los Angeles. Founded in 1921, Chouinard was a renowned art school that later merged with the Los Angeles Conservatory of Music and formed what is now the California Institute of the Arts (or CalArts, as it is more commonly known). At Chouinard, Rady’s teachers included well-established studio potters Vivika and Otto Heino, and Ralph Bacerra. Vivika in particular had a strong influence on Rady’s artistic philosophy and process, teaching her to let the clay create the shape of the vessel, rather than draw pre-conceived forms. This emphasis on spontaneity was a principle that guided Rady throughout her entire life and greatly impacted her later work. 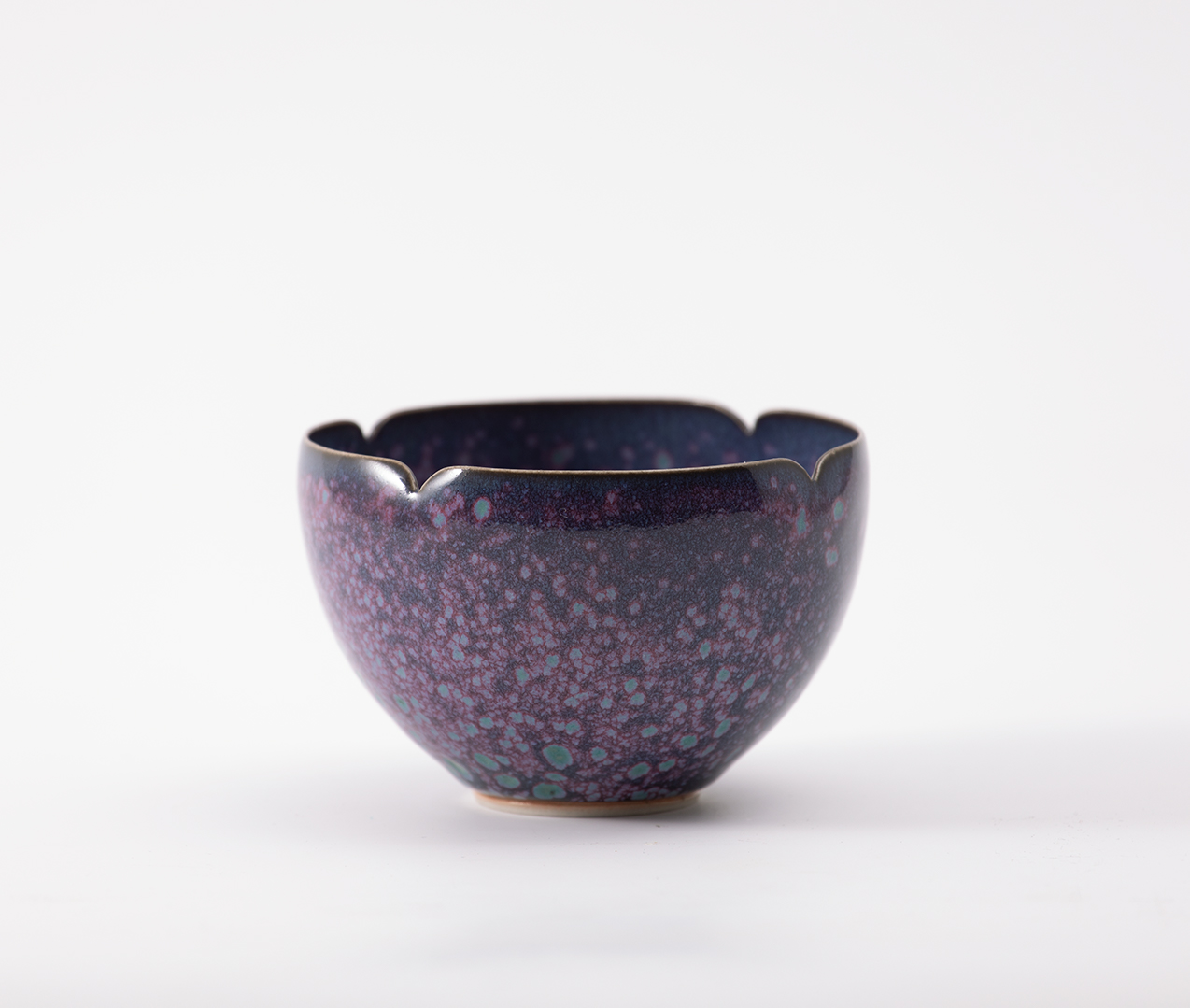 After attending Chouinard, Rady joined Franciscan Ceramics, a division of Interpace that made ceramic tableware and tile products. While working in the ceramic tile department at the Los Angeles branch, she was chosen by Mary Blair, a concept artist from Walt Disney Studios, to create, paint, and fire 12 x 12 inch tiles for large-scale tile murals throughout Southern California. She helped execute three tile murals designed by Mary Blair: two murals at Disneyland’s Tomorrowland (no longer visible) and one in the waiting room at the Jules Stein Eye Institute at UCLA. For Rady, working in the commercial ceramics industry was very different from her studio practice at Chouinard and it changed her thinking process and approach. Rady worked at Interpace for two years until a 1968 car accident prompted her to leave industrial ceramics behind and focus on her studio work.

Early in her career, Rady created functional ceramics she called “Faux Chinese,” inspired by celadon porcelains from the Song Dynasty of China. The resulting works were small, delicate, and characterized by small notches on the vessel rims (pictured above). While these notches are shallow, they offer a soft, flowing movement to the edge that emphasizes the fragility of porcelain. By 1978, Rady had become dissatisfied with her creative process. A simple mistake caused when she cut too deeply into one of her rimmed edges, prompted her to re-examine her vessels. Now inspired by the streamlined forms of Art Deco buildings, she began to cut even deeper into her porcelain rims, which seemed to capture the spinning motion of a potter’s wheel. Her longtime New York gallerist Holly Solomon first pointed out to Rady that the dynamic edges also mimic the swirling hems of dancers’ dresses, which seemed appropriate given that Rady’s mother was part of the famed Martha Graham Dance Company. Graham pioneered a dance technique known as "contraction and release" which uses different parts of the body in opposition to one another to create spirals for dramatic tension. Rady’s notches, or “wings” as she called them, impart a dynamic energy to an otherwise static form (pictured below). 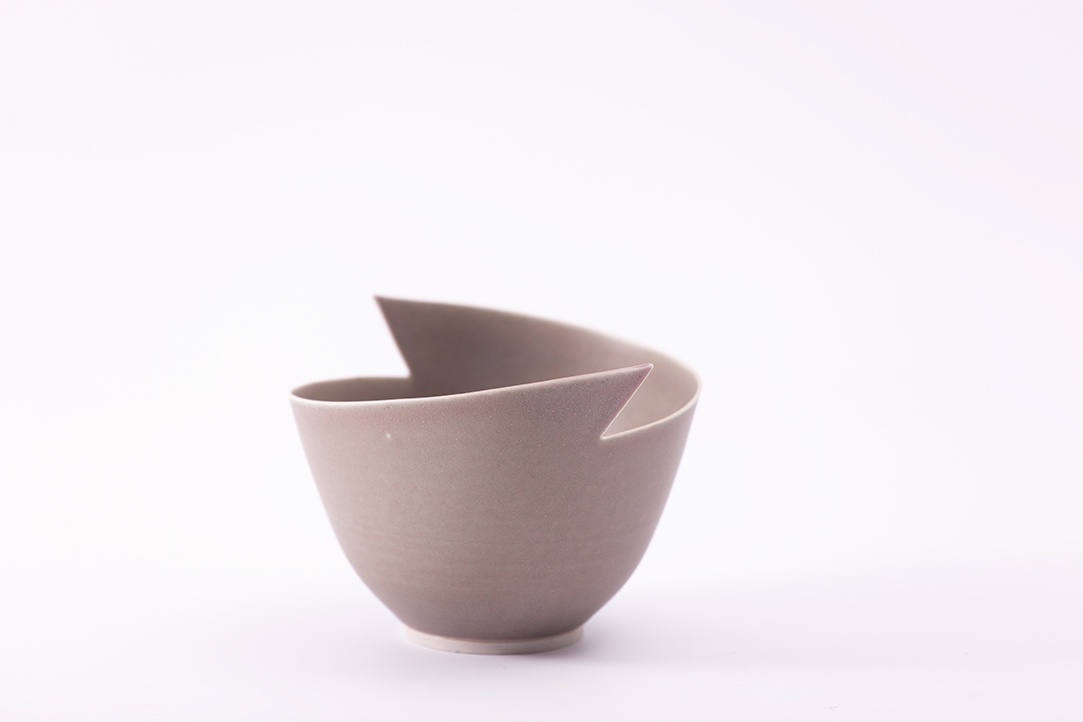 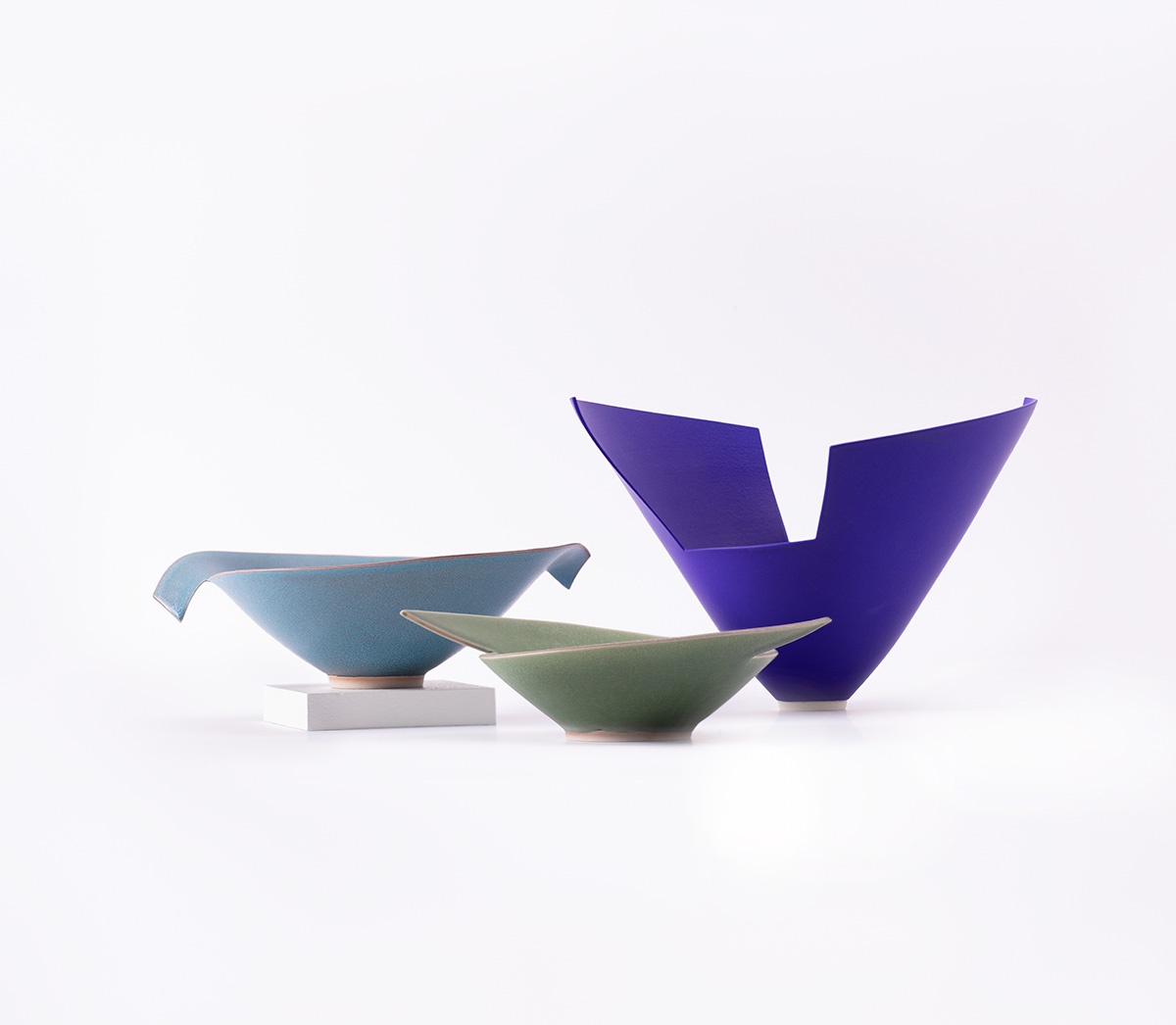 By the late 1980s, Rady had fully embraced her dynamic vessel forms and notched rims. During this period, her porcelain vessels were characterized by bolder, matte glazes, narrow bases, and more experimental shapes (pictured above). Although she had abandoned the small, delicate “Faux Chinese” forms, Rady was still very interested in color and glaze and its relationship to the materiality of porcelain. She often likened glazes to the porcelain’s “skin” and aimed to create combinations of forms and colors that she found ideal. Her vessels generally have no ornamentation, only simple, unadorned silhouettes. They are less about the functionality of a vase, bowl, or bottle and more about geometric simplicity and beauty (pictured below). 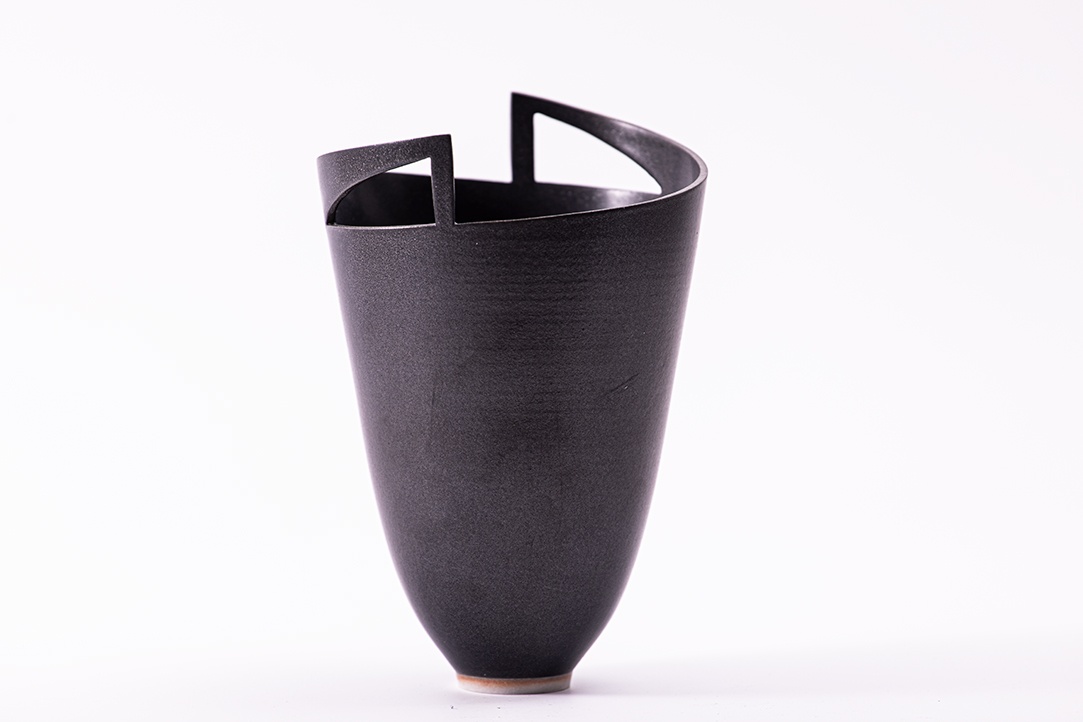 For Rady, ceramics — and porcelain in particular — disciplined and humbled her, as she always felt at the mercy of the material, the firing, and the glaze. Her insistence on the refinement of color, shape, and surface pushes her pieces beyond utility and into the realm of sculpture, which in turn has made her porcelains icons of design. Though early in her career, Rady felt she needed to make the perfect piece, she later learned to turn accidents into moments of spontaneity, and, as she liked to say, to “let it fly.”

The Edge of Elegance: Porcelains by Elsa Rady opens March 21 and closes November 1, 2021.

About the Author: Cristina Urrutia is Curatorial Assistant at the Crocker where she manages rights and reproductions and provides curatorial support for the permanent collection and rotating exhibitions. She holds a M.A. in Art History from the University of California, Davis and joined the Crocker in 2017.