Sisters Reunited at the Crocker after a Century 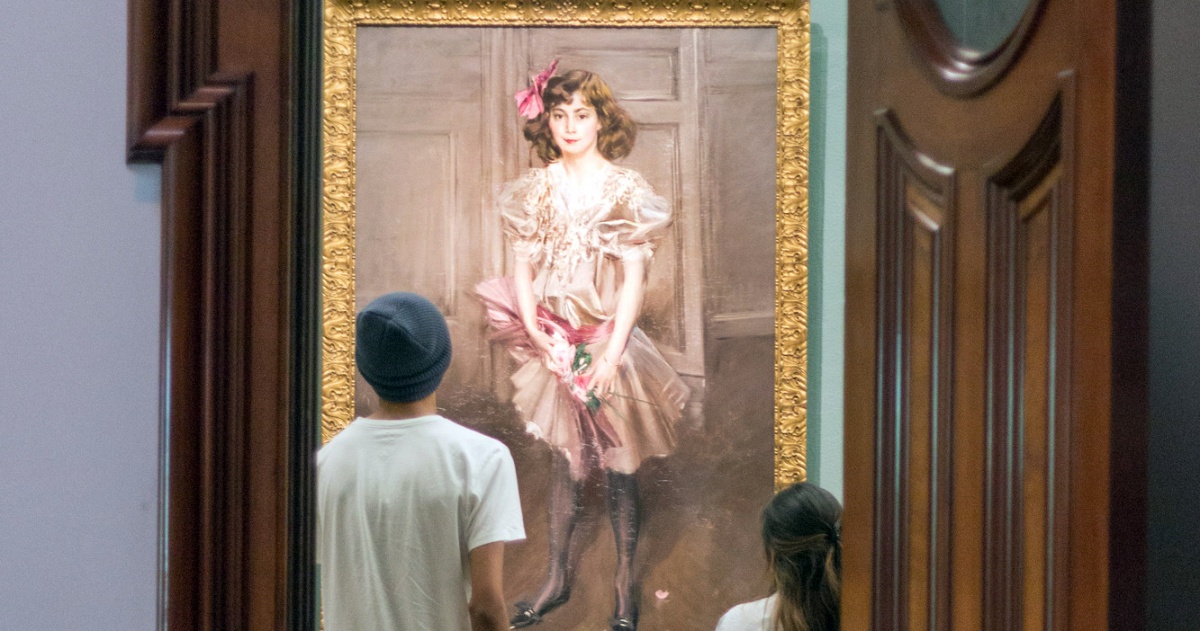 In April 1906, 10 days after the San Francisco earthquake and fire, Helen Victoria and Ethel Mary Crocker departed for Paris on the liner Deutschland. Their father, E. B.’s nephew Wiliam H. Crocker, remained behind to aid in recovery efforts.

At the time, Giovanni Boldini, an Italian artist who had moved to Paris in 1872, was the city’s most soughtafter portraitist, dominating the field along with John Singer Sargent and Anders Zorn. Just a month before the arrival of the Crocker girls, he completed The Duchess of Marlborough (Consuelo Vanderbilt) and her Son, perhaps his most famous painting, which now hangs in the Metropolitan Museum in New York. In choosing Boldini to paint the girls’ portraits, the Crocker family responded to fashion, but there was also a personal connection: 20 years prior he had painted their aunt Harriet Crocker Alexander, and he would also later portray the girls’ mother, also named Ethel Mary, in 1910. 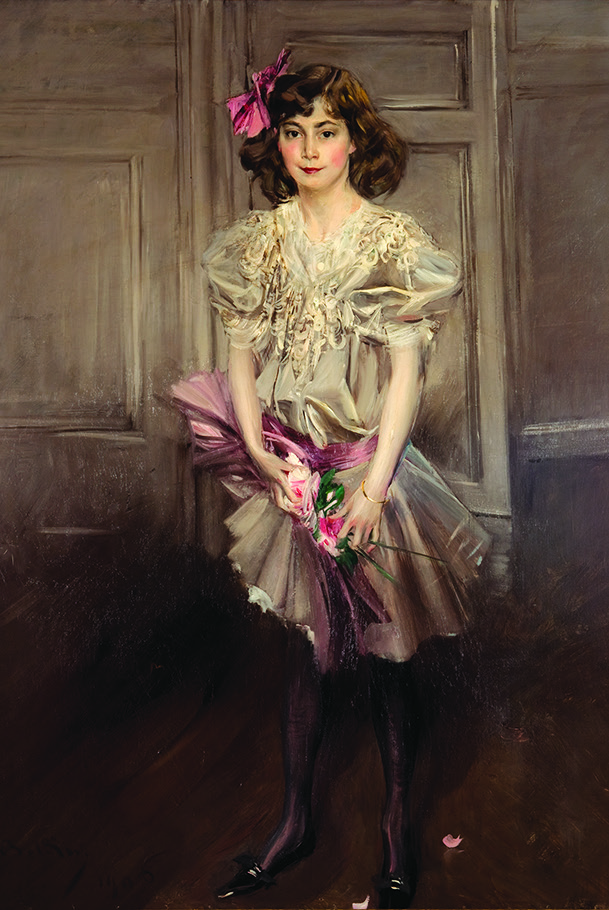 Helen Victoria stands in a paneled room, in a knee-length taffeta dress with a pink sash. A ribbon in her hair, also pink, draws attention to her intelligent, piercing gaze. At her waist she toys with a bouquet of roses, petals falling to the floor next to her fashionable shoes. Ethel Mary, five years older, sits in a chair in the same room, a halo of dark, elegantly styled hair framing her face, lace cascading down her bodice. As in the portrait of the younger sister, Boldini ties together the composition with color, here through the black hair ribbon, sash, and the decoration of the hat she holds in her lap. The girls would grow up to be great philanthropists — Ethel Mary, later the Countess André de Limur, in Washington; and Helen Victoria, later Mrs. Henry Potter Russell, in San Francisco. 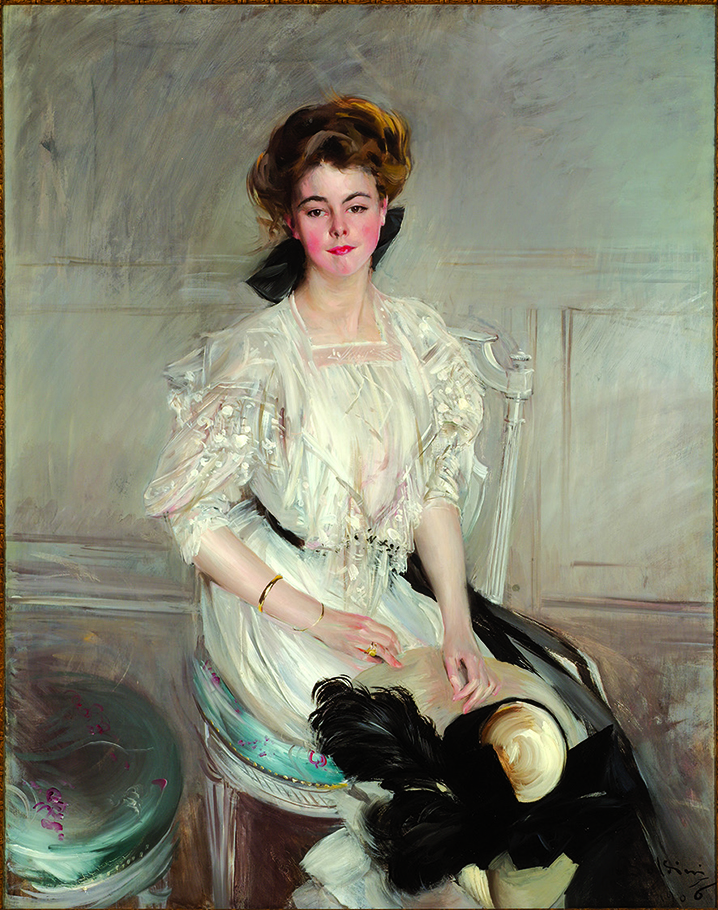 Both in their original frames, the paintings have now been reunited at the Crocker, and the sisters are together again for the first time in many decades. Helen Victoria’s portrait came to the Crocker in 2012 as a gift of Mr. and Mrs. Charles (Eleanor Walsh) de Limur, while Ethel Mary’s is a 2019 bequest of Mrs. Eric (Mary Ethel de Limur Carrothers) Weinmann.