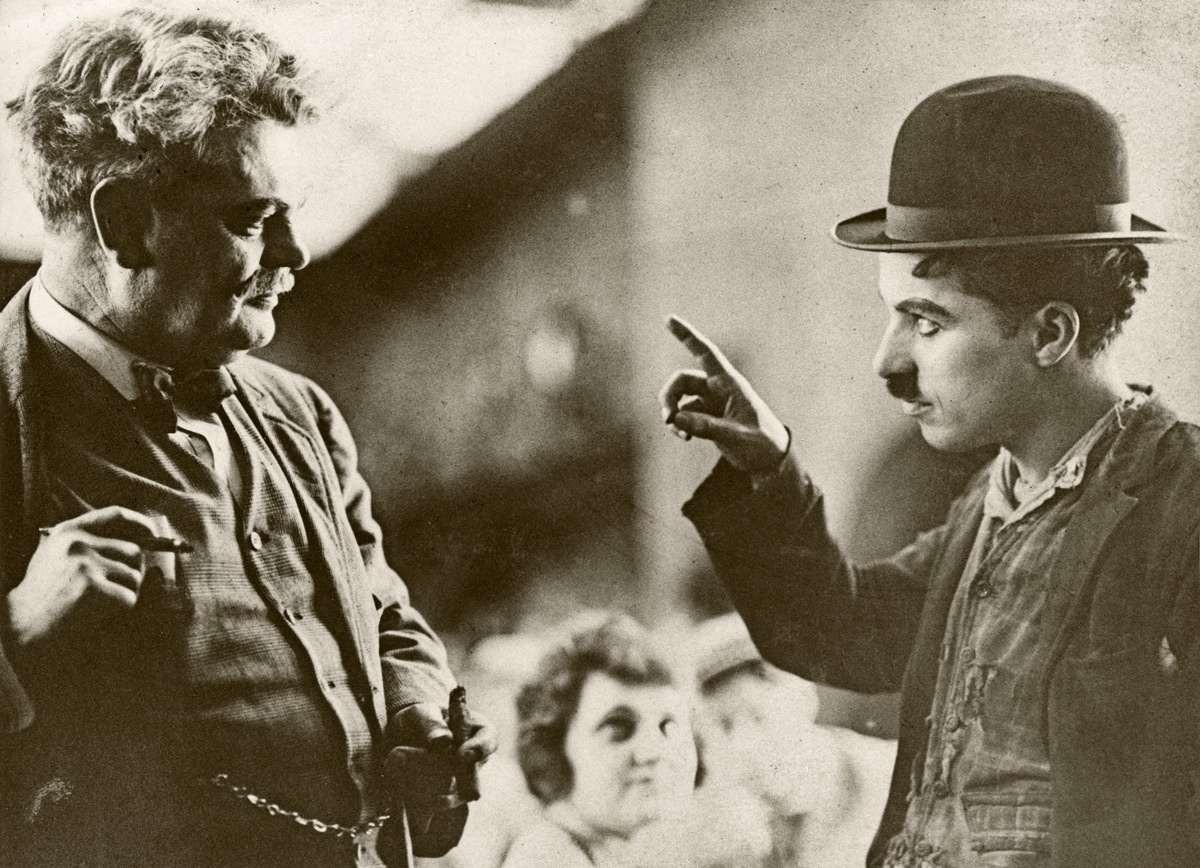 Although Charlie Chaplin and his films are famous the world over, few people know that he maintained a close friendship with artist Granville Redmond, who lost his hearing to scarlet fever. Chaplin deeply admired Redmond’s Impressionist California coast landscapes, even going so far as to offer him a studio in which to paint. He also cast Redmond in several movies. In turn, Redmond taught Chaplin sign language and influenced his pantomiming style, which became famous in the early silent film era.

In honor of Redmond's Hollywood connections, we’re presenting a trio of silent films that span the emergence of the slapstick era to its re-imagined, more nostalgic form in the 21st century. Each screening costs $8 for members or $16 for nonmembers. Members can see all three movies for just $16! Arrive before each screening for an in-depth, docent-led tour of select artworks to help put the film in context. 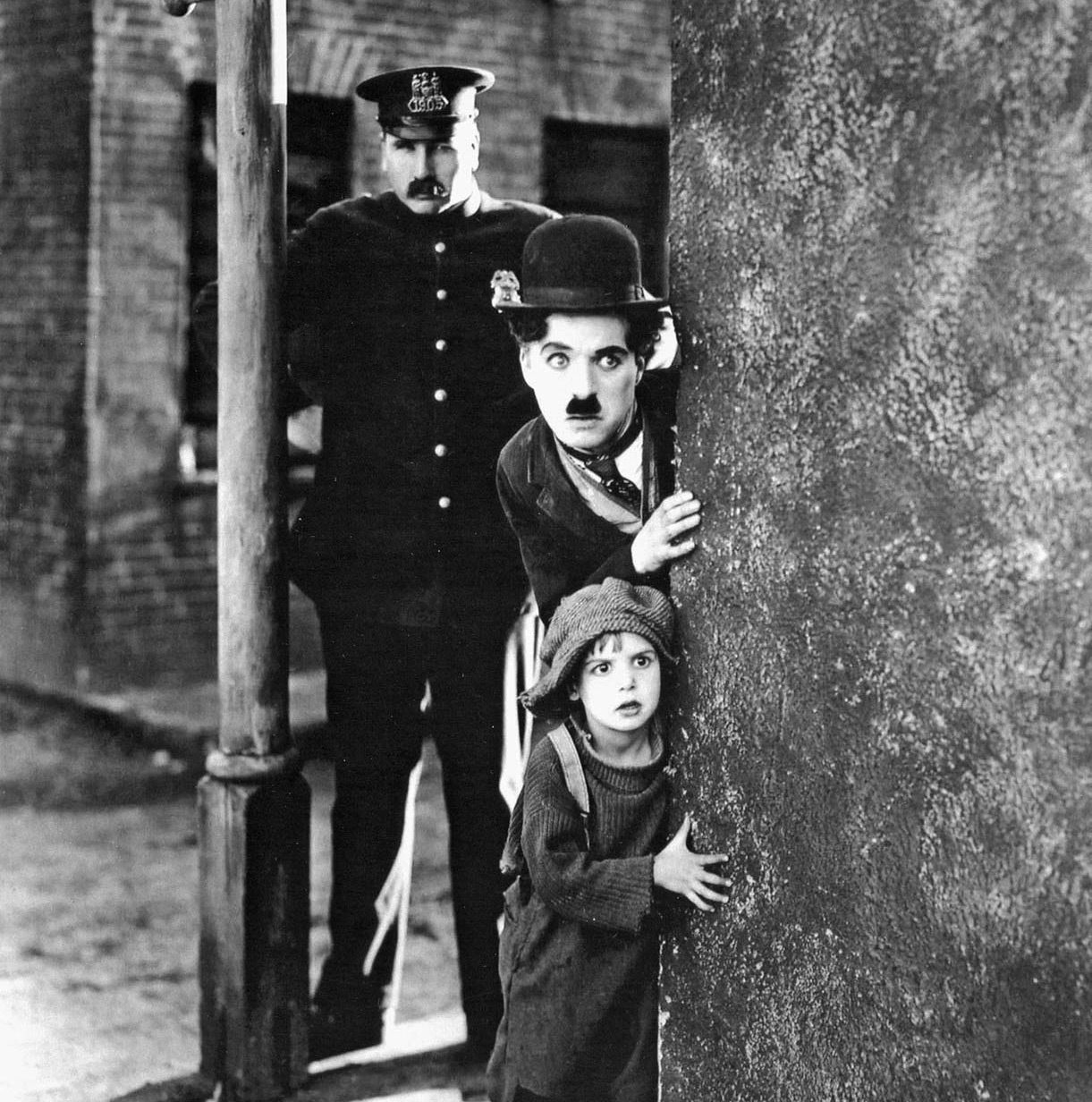 
The opening title says it all: "A picture with a smile — and perhaps, a tear." Widely considered one of the greatest films of the silent era, The Kid is often viewed as a reflection of Chaplin’s own lost childhood. The movie was also envisioned and produced shortly after the unexpected death of Chaplin’s firstborn infant son, making it one of his most personal and touching works. The meticulously shot film follows the antics of The Kid and his (at first unwilling) adopted father, The Tramp. In classic Chaplin fashion, the movie blends comedy and tragedy, a decision that elevated his work above that of his peers.

The history surrounding The Kid is as interesting as the movie itself. The uncompromising director/actor shot for almost nine months, stopping only to film A Day’s Pleasure, “to calm his distributors”. In the end, Chaplin shot more than 50 times the length of film that appeared in the final product. The film also brought great success to Jackie Coogan, who played the Kid.

Unfortunately, Coogan found himself penniless as an adult, thanks to his mother and stepfather who mismanaged his childhood earnings. The resulting lawsuit led to the enactment of the California Child Actor’s Bill, or “Coogan’s Law”, which required that a child actor’s employer to set aside 15% of the earnings in a trust, among other things. Coogan continued acting, eventually finding new success in the iconic black and white TV series: The Addams Family. 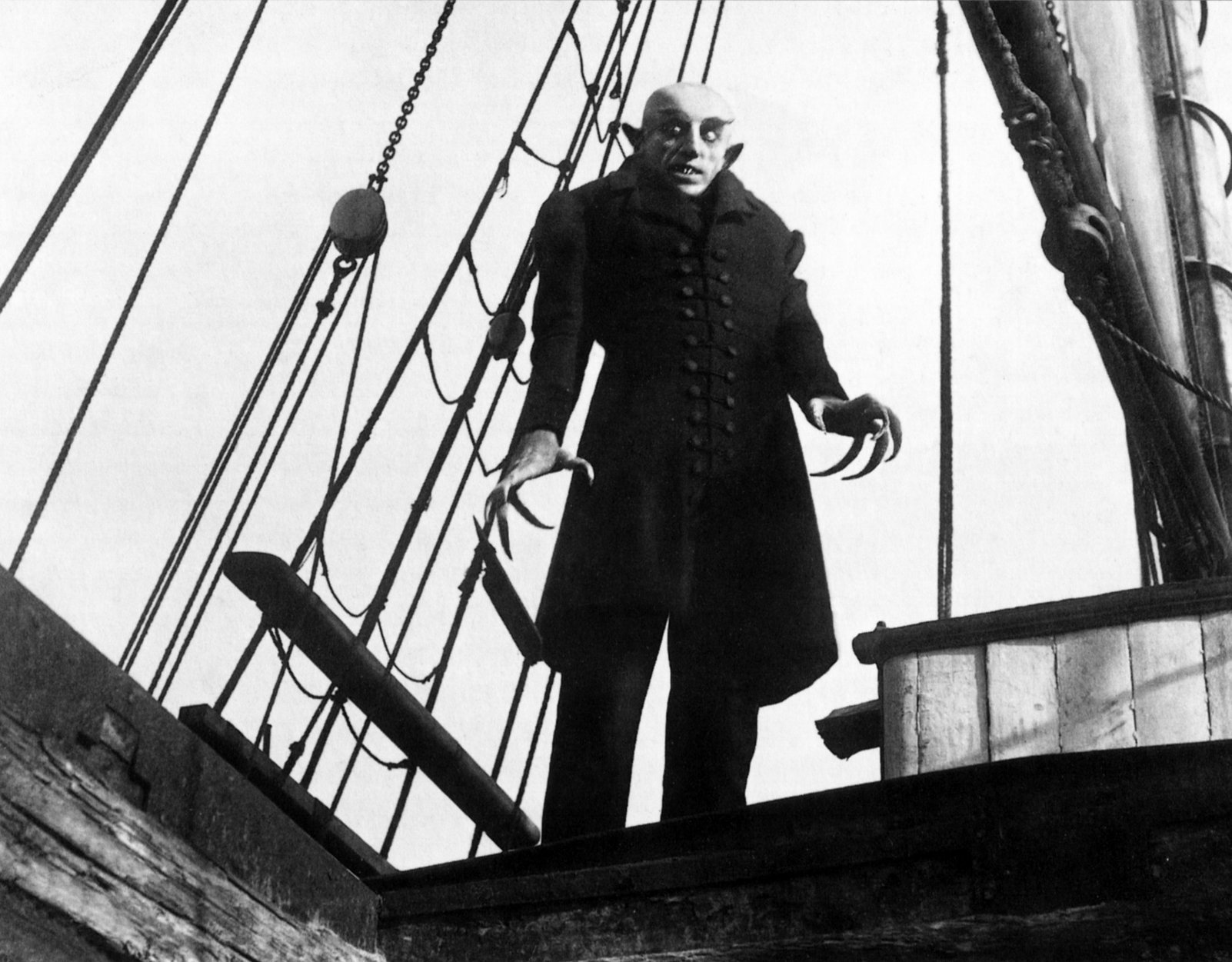 
Long before we reached Peak Vampire — Spike, Blade, and Edward Cullen — there was Nosferatu: horror incarnate. Filmed at the height of German Expressionist Cinema, Nosferatu tells the deeply unsettling tale of real estate agent Thomas Hutter’s interactions with Count Orlock, who is in fact a bloodthirsty vampire. Not a single frame of the movie is wasted. Its harsh shadows, absence of diegetic sound, and increasingly complex and urgent soundtrack convey one unified message: There is something fundamentally wrong with the world Hutter has found himself in.

In a 1997 review of the film, the late Roger Ebert declared, “To watch F.W. Murnau's Nosferatu (1922) is to see the vampire movie before it had really seen itself. Here is the story of Dracula before it was buried alive in clichés, jokes, TV skits, cartoons and more than 30 other films. The film is in awe of its material. It seems to really believe in vampires.” Nosferatu was hardly the first horror film. However, it set the template for generations to come.

Like The Kid, the history of Nosferatu is as interesting as the movie itself. Its creators brazenly ripped off Bram Stroker’s Dracula. The creative team changed a few details of the book, including the titular character’s name, hoping to avoid a copyright infringement lawsuit lawsuit from Stroker’s widow. The precaution didn’t work — perhaps because, to the outrage of said widow, the promotional poster included this line: "Freely adapted from Bram Stoker’s Dracula."

The film was nearly lost thanks to a 1925 court ruling and the tenacity of Florence Stoker. And yet, just like Dracula, the film proved difficult to kill. A few surviving copies made their way to the U.S. and UK, where it gained a dedicated following, making it an early example of a cult film. 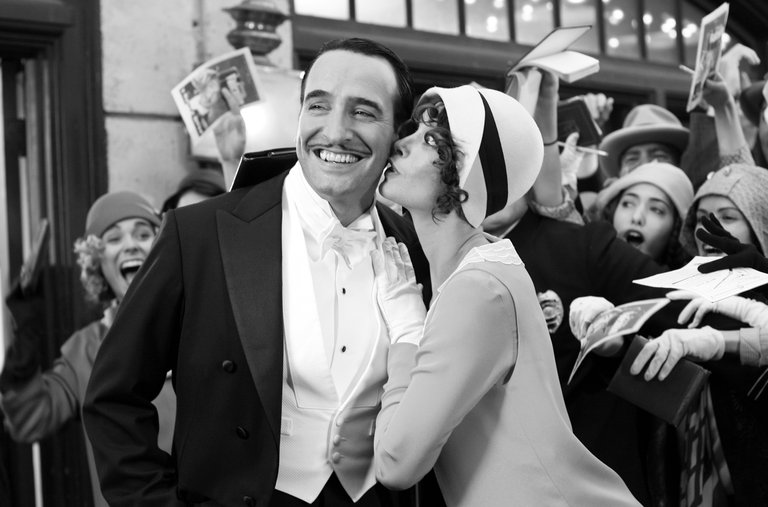 
The Artist isn’t an exact retelling of the rise of “talkies” and the wane of silent films. It lacks the slapstick humor, pale heroines, and death-defying stunts that characterized the era. Instead, The Artist is a nostalgic celebration of the medium itself, “an impeccable spirit of devotion to old show biz and to our imagination of what it once was” (San Diego Reader).

The movie tells the story of dashing movie superstar George Valentin and a rising young actress, Peppy Miller. Much like Douglas Fairbanks Sr., George finds himself unsuited for “talkies”. He is in fact, much to the chagrin of his wife, “temperamentally averse to talking” (The Guardian). Peppy suffers no such problems and quickly goes from a hopeful dancer to beloved actress.

The film is funny in a way that only happens when its creators — and to a lesser extent, the audience — deeply understand and love a genre. Director Michel Hazanavicius seems to delight in playing with our expectations of what silent film is and can do. George loves his silent world so much that he thinks and dreams in silence. But in his nightmares? Sound. Lots and lots of sound.