Renewing the Ancients: Antiquities at the Crocker 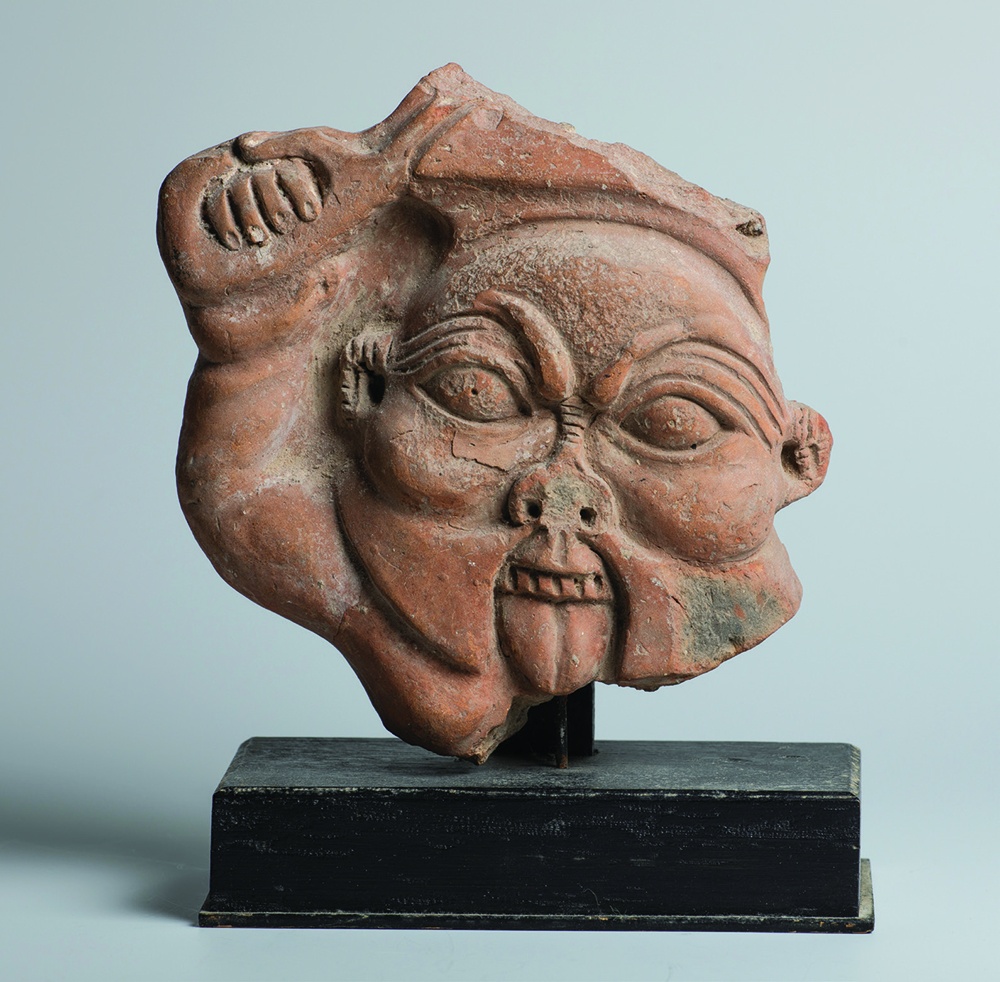 Over the past several years, the ancient world — from the time of the Egyptian pharaohs to the Roman rule of the Near East — has become better represented at the Crocker. Painted vases, figural statuettes, and items of daily use give us an impression of life centuries ago and provide a link between the ancient world and its reflection in later art. The recent reinstallation of such objects on the Museum’s second floor expands our view of Mediterranean cultures, especially of daily life in Roman times, and includes an array of ancient glass objects donated by Marcy Friedman. 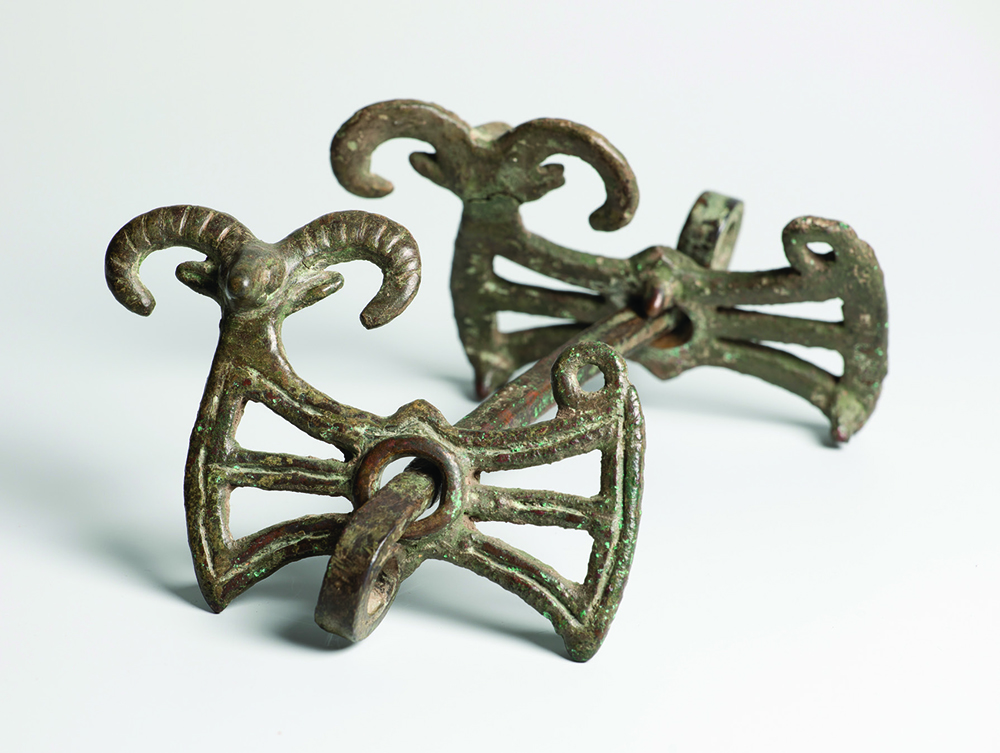 
Among the pieces included in the Crocker’s reinstallation are works not only in glass, but also clay, stone, and bronze. One of the most unusual bronze objects is from Luristan, in what is now western Iran (above). Dating from the early Iron Age, about 1000 BCE, it is a bit meant to allow a horseman to control his animal. At the ends of the bronze bar are stylized, almost abstract, horned animals with heads facing outward. Molded and scratched indentations provide the twisting form of the horns, and grooved decorations follow the forms of the animal bodies. It is rare for such an example to survive with the connecting bar intact. 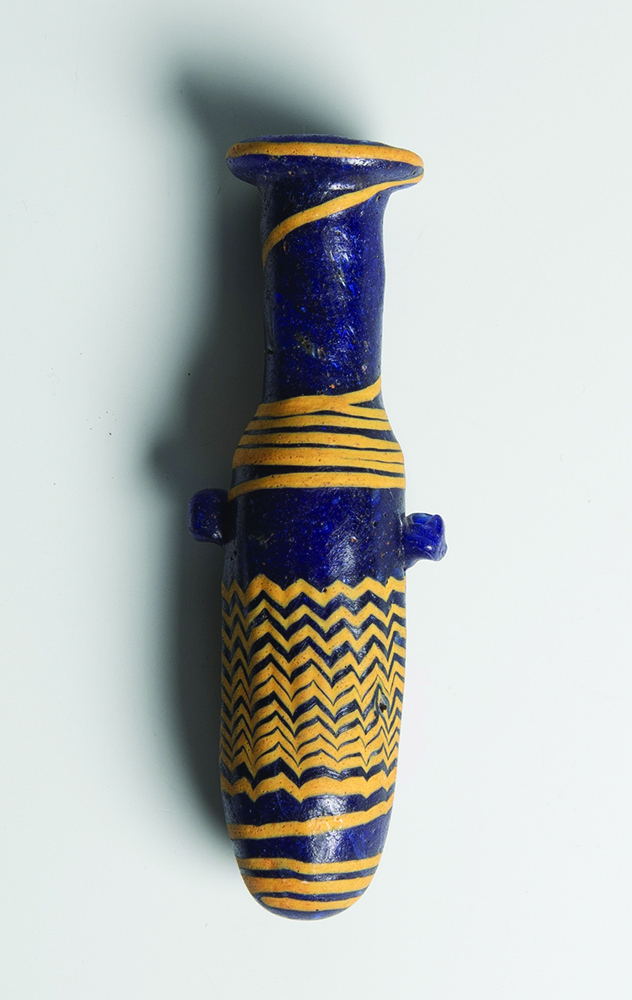 Other rare survivors include remarkable examples of ancient glass, which, rather than being blown, were melted and gathered around an earthen core. The molten core, attached to a rod, could be taken in and out of the fire to give shape as it cooled. This alabastron (above), dating from the 3rd century BCE, was made of blue glass gathered around a core, cooled slightly, then decorated with a spiral thread of molten yellow glass. The zig-zag decorations were formed by drawing with a pointed instrument through the still-warm threads. The entire bottle was then warmed again and rolled against a flat stone to create the smooth surface, and the earthen core dug out to form the cavity inside. The alabastron shape was used for centuries as a container for oils or perfumes.

By the late period of Roman rule in the eastern Mediterranean, the art of glassblowing had advanced significantly. Various metal tubes, racks for rotating still-warm vessels, wooden pincers, and other tools aided the glassblower’s skills. Vessels based on those in other media, such as clay amphorae or metal bowls, were developed, though many new forms appeared as well. This bottle (below) was blown with gossamer-like threads inside before a wavy ring was added to the neck to help in gripping. Though much ancient glass, like this example, shows opaque inclusions, it was completely translucent when blown, the incrustation developed over centuries of underground burial. 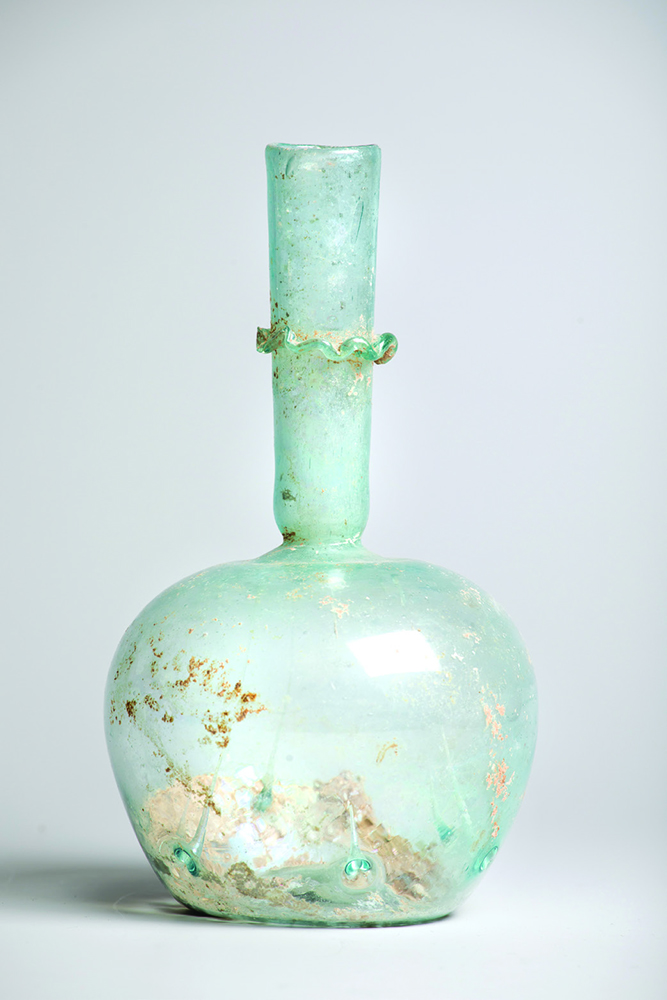 
The period of Roman rule in the eastern Mediterranean, when these glass objects were made, overlapped with Roman rule in Egypt. Though the grandest Egyptian objects are related to rulers and death rituals, the largest surviving number are small images of gods meant for daily worship. The god Bes (cover image) is unusual among such images, with a small stature and grotesque face that contrasts with the calm, formally-posed figures of major gods of the time, such as Isis and Ra. A minor deity but frequently depicted, Bes is the protector of households, especially of women. Represented here with his fist raised, Bes is driving away evil. This plaque, dating from the time of Roman rule in Egypt, was likely meant as an architectural decoration to ward off evil spirits.


Within the new installation of antiquities, objects from pharaonic Egypt, Cyprus, Greece, southern Italy, and Etruscan lands give a wider view of ancient cultures. The range of media and decoration, from painted Cypriot bowls to glazed Etruscan burial figures in terracotta, showcase the varied skills of artists and artisans in these early societies.