"Testament of the Spirit: Paintings by Eduardo Carrillo" Opens June 24! 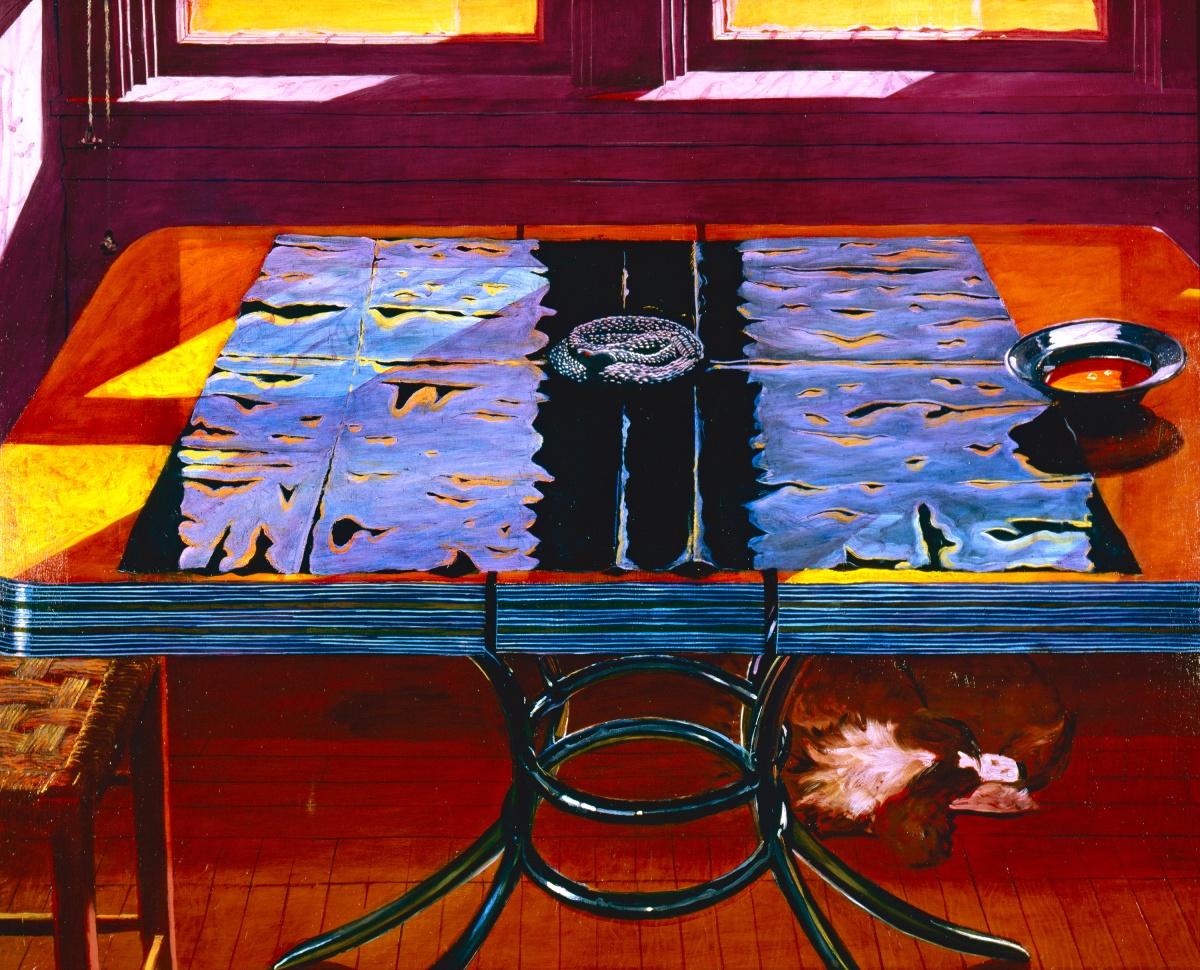 
Eduardo Carrillo’s art has been described as mystical, realistic, surreal, and visionary. Through teaching and scholarship, Carrillo significantly advanced the recognition and appreciation of Chicano art and culture in California. His imagery, whether grounded in the mundane or infused with magical realism, reflects his relationship to his native California and to his Mexican heritage, his early religious upbringing, and European traditions in art. An inspirational leader who actively challenged racism and injustice, he created programs and platforms that promoted greater awareness of Latin American culture, aesthetics, and social concerns.

Born in Santa Monica (1937–1997), Carrillo grew up in Los Angeles. In 1960, he studied for a year at the Circulo de Bellas Artes in Madrid where he also assisted with the restoration of the church altar at San Francisco Grande and spent time studying the paintings of Hieronymus Bosch, Giorgio de Chirico, El Greco, Diego Velázquez and other European artists at the Museo del Prado. Carrillo earned a BFA (1962) and MFA (1964) from the University of California Los Angeles. 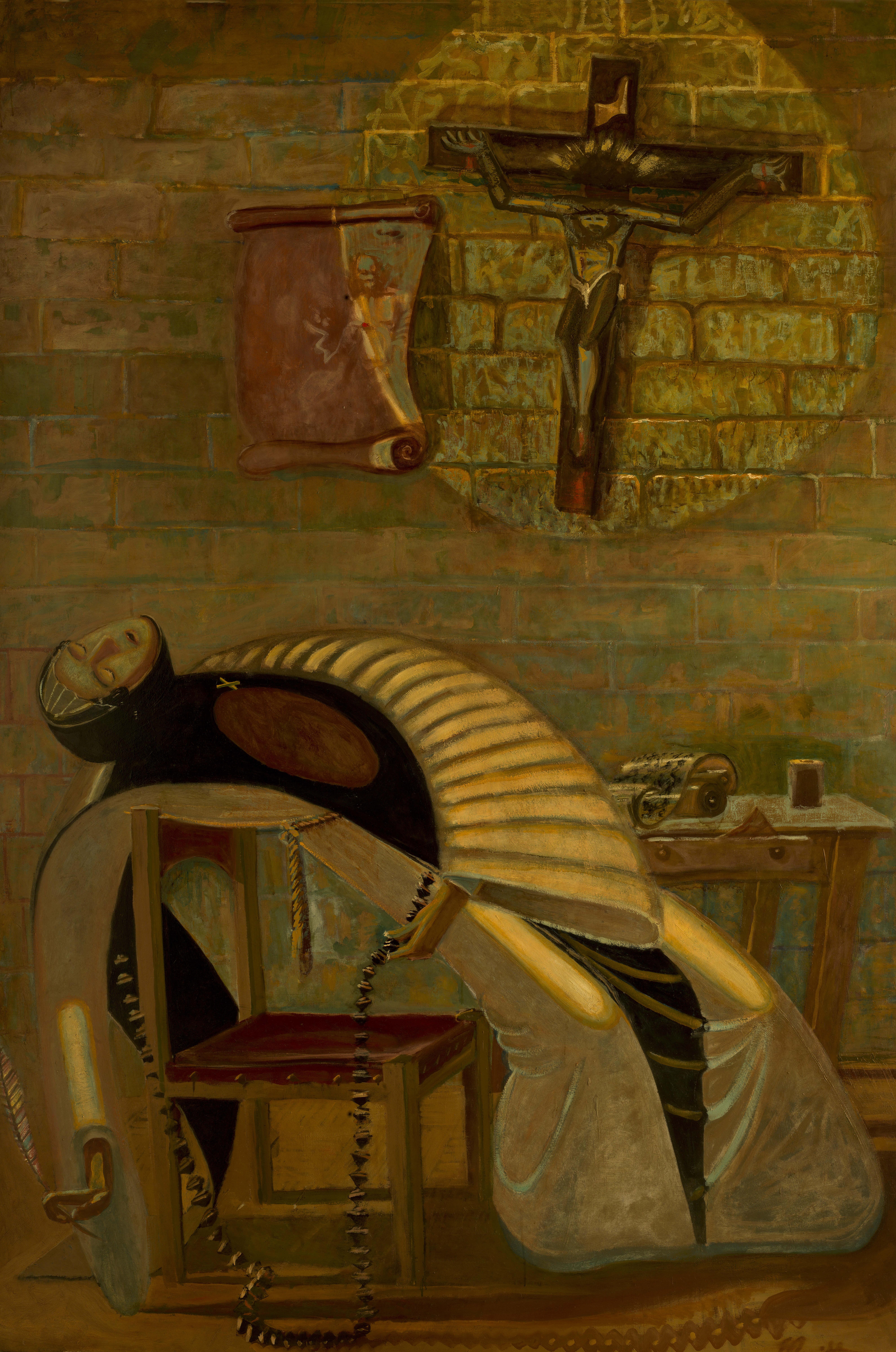 
Carrillo and his first wife, Sheila, moved to his paternal ancestral home in La Paz, Baja California, from 1966 to 1969. During these years, they founded El Centro Regional de Arte in La Paz for the purpose of reviving the area’s local artistic traditions. This time strengthened Carrillo’s connection to his heritage, informed his aesthetic vision, and clarified his relationship with the Chicano movement.


Upon returning to the United States in 1969, Carrillo joined the Chicano civil rights movement, El Movimiento. He advanced to the forefront of the Chicano art movement when he and three other artists completed the nine-paneled Chicano History (1970) for the Chicano Studies Center at University of California, Los Angeles. It was the first Chicano history mural to be painted at a university in the United States. After the violent events of the Chicano Moratorium of August 1970 in Los Angeles, he moved to Northern California to accept a teaching position at California State University, Sacramento. While in Sacramento, Carrillo was briefly part of the artists’ group Royal Chicano Air Force. Carrillo never walked away from efforts to eliminate the racism that spurred the civil rights movement, though his activism is best expressed in his artwork and teaching. 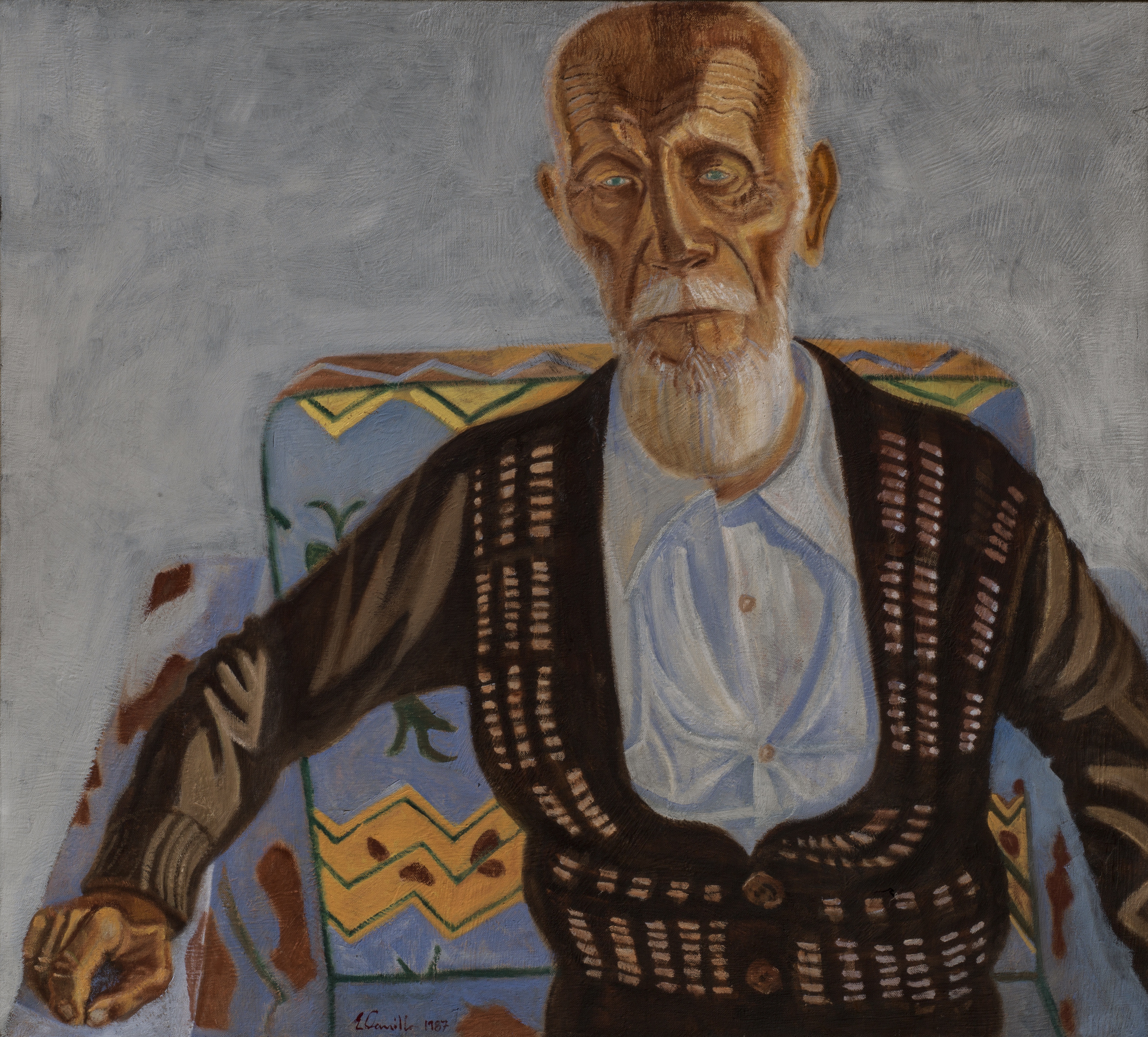 
Carrillo was a visionary who had the ability to bring people together in collaborative and effective ways. He addressed racism and injustice throughout his career, and through his teaching, writing, public art projects, and advocacy, he created programs and platforms that promoted greater awareness of Latin American culture, aesthetics, and social concerns. In the early 1980s, working with Philip Brookman and Tomás Ybarra Frausto, he organized and directed the multiyear, statewide initiative, Califas: Chicano Art and Culture in California. This groundbreaking conference included lectures, exhibitions, oral histories, videos, workshops, and performances. The landmark event continues to inform and influence the way Chicano art and culture are considered and presented, just as Carrillo’s art continues to inspire. 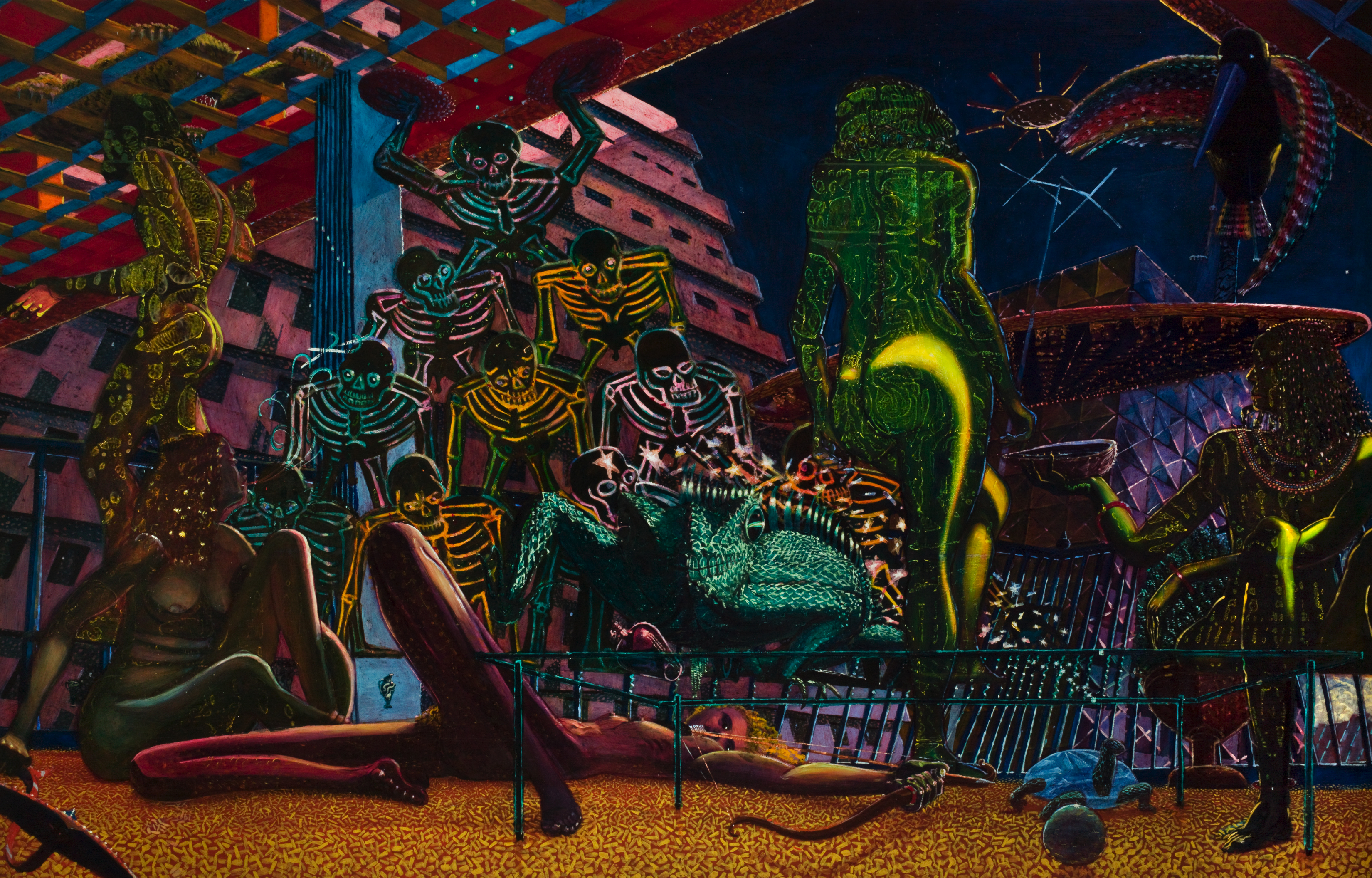 Testament of the Spirit: Paintings by Eduardo Carrillo highlights the creative efforts and social importance of Carrillo as artist, teacher, scholar, and social activist. It showcases work created for three distinct realms: public, private, and museum. The artist’s murals are featured in the full-color, bilingual exhibition catalogue. Intimate watercolors and paintings describe the artist’s everyday life in self-portraits, still lifes, and images of people and places he held dear. Large-scale visionary paintings reveal his complex and creative mind. The exhibition, organized by the Crocker Art Museum with guest curator Susan Leask, also includes the bilingual video Eduardo Carrillo: A Life of Engagement, by Pedro Pablo Celedón.