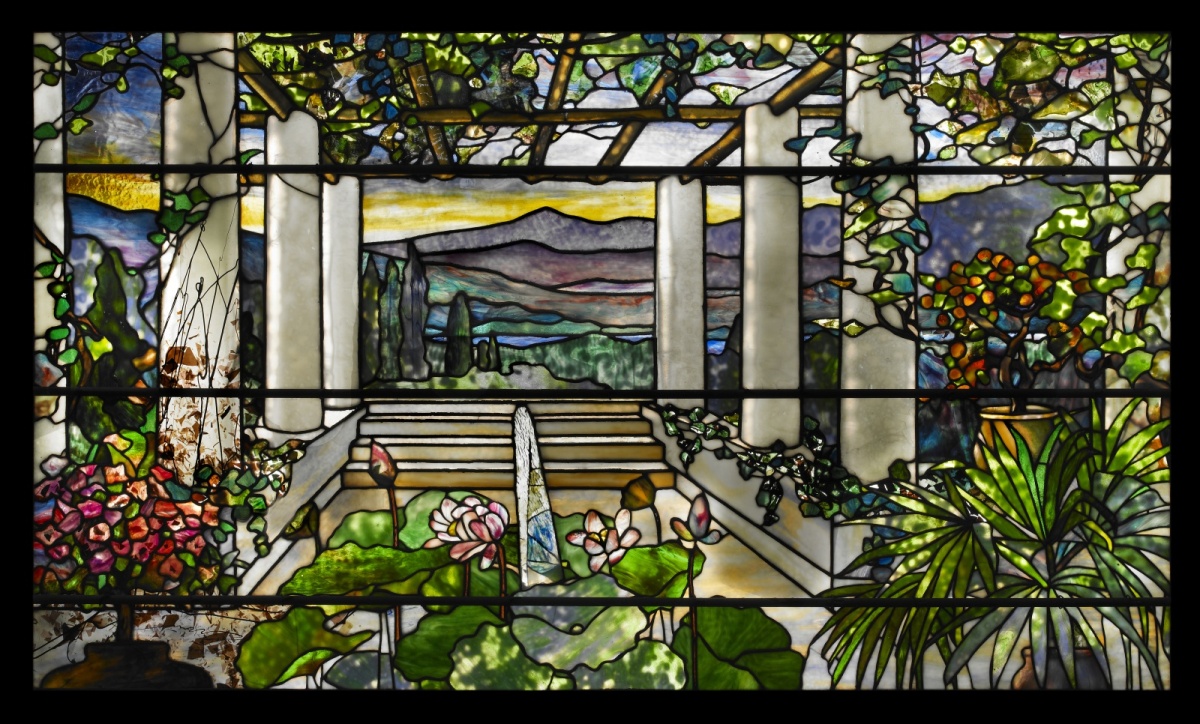 Louis or Lewis? Tiffani or Tiffany? Art history has always put an emphasis on terminology, classification, and proper names. In large part, this is because the difference between a Tiffany object and a counterfeit “Tiffani” object could be millions of dollars. The difference between a Tiffany Studios object and a Tiffany & Co. object could be a glass window versus a diamond ring. Names help museums to identify artists, makers, objects, periods in time, and styles, but they can also be complicated webs to unweave.

Louis Comfort Tiffany was born in the shadow of his father, Charles Lewis Tiffany, the founder of Tiffany & Co. Charles’ brand of luxury home goods was well-established by the time that Louis (pronounced “Louie”) decided he wanted to make a career in the art world. When Louis founded his first three companies, he took the detailed approach to naming. Tiffany and Wheeler, Embroideries was created in 1879, which was followed by Tiffany and de Forest, Decorators, and L.C. Tiffany and Company, Furniture in 1880. Louis made a clear choice to use “Tiffany” in each of these company names to link his work with his father’s successful business. The descriptors “Embroideries,” “Decorators,” and “Furniture,” alternatively, help to set each company apart from one another.

When he turned toward glass as his primary material, Louis Comfort Tiffany’s company names also took a decidedly confident turn toward “Tiffany” and away from “Louis.” Tiffany Glass Company was followed by Tiffany Glass and Decorating Company, each of which signaled the artist’s focus on glass objects.

Much has been written about the evolution of American brand management and marketing from the 1950s onward. Companies offered individuals both functional and emotional value through purchased objects. However, the Tiffanys were offering brand propositions to target consumers in the 1800s. Both Louis Comfort Tiffany and his father’s Tiffany & Co. were clear about what their names could offer in terms of both functional objects and the emotional value attached to those objects. Tiffany & Co. started publishing the Blue Book in 1845, a catalog of the company’s products which also spawned the company’s now signature blue (trademarked) color. Other Tiffany & Co. trademarks followed, including the Tiffany Blue Box and the Tiffany Setting for engagement rings, solidifying the difference between a Tiffany & Co. and a “Tiffani” well before the 1950s.

Upon the death of Charles Lewis Tiffany in 1902 big changes came to the Tiffany companies. Louis assumed the role of design director at Tiffany & Co. and founded the Tiffany Artistic Jewelry department. He also established Tiffany Studios to design and sell glass windows, Favrile glass, interior decorations, furniture, lamps, and glass mosaics, which operated until 1932. 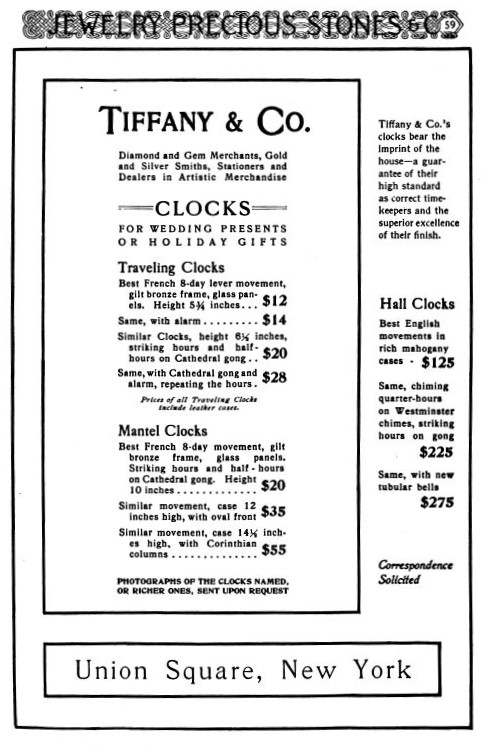 The Tiffany name continues to be part of contemporary culture, both in the form of Tiffany & Co., and in the form of the Tiffany & Co. Foundation and the Louis Comfort Tiffany Foundation. The former was established in 2000 as the philanthropic arm of the luxury goods company dedicated to preserving the environment and natural resources. The Louis Comfort Tiffany Foundation was created in 1918 as an artist’s residency program. Biennial artist grants carry no restrictions and are based on nominations rather than applications. What they do carry, like all Tiffany objects, is name/brand value.

Learn more about the importance of names and the Tiffany brands from June 6 through September 12, 2021, in the exhibition Louis Comfort Tiffany: Treasures from the Driehaus Collection. The exhibition was organized by the Richard H. Driehaus Museum and is toured by International Arts & Artists, Washington, D.C.

Jayme Yahr, Ph.D., is Associate Curator at the Crocker Art Museum and a specialist in American art, with an emphasis on the late 19th and early 20th centuries. She has published numerous articles and book chapters on the Century Illustrated Monthly Magazine and New York’s Gilder Circle, which included such artists as Louis Comfort Tiffany, Albert Pinkham Ryder, and Cecilia Beaux. Yahr works extensively with the Museum’s photography, Native American, and American works on paper collections.