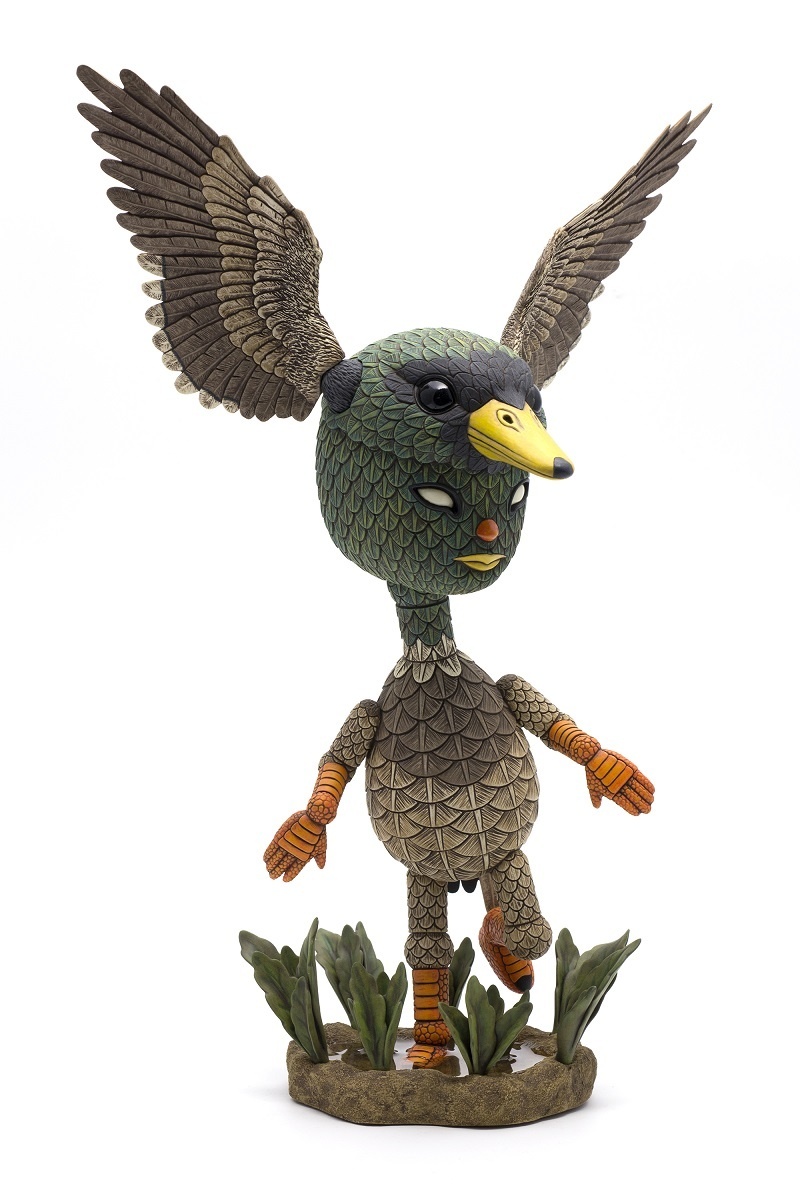 Bay Area sculptor Calvin Ma recently gifted Duck Out, a ceramic figure suspended in the moment of fight or flight, to the Crocker. The sculpture joins another work by Ma, Around and Around. Through both sculptures, Ma provides a window into social anxiety, a disorder that impacts nearly 15 million American adults who experience a persistent, intense fear of being judged by others. “I never really felt comfortable in my own skin in social settings, so I created these characters to help tell stories about it,” said Ma.

Born and raised in San Francisco, Calvin Ma studied industrial arts at San Francisco State University, originally pursuing an interest in toy design. He later transitioned to ceramics, earning his Master of Fine Arts in sculpture from the Academy of Art University. Ma — a rising star in contemporary art — is known for combining the nostalgia of childhood toys and action figures with the playful aspects of working in clay.

Camouflaged in a mallard duck costume, the figure in Duck Out is caught stepping cautiously into a small pond, wings poised for escape. The sculpture is a part of Ma’s most recent series titled Blend In, which builds on techniques and aesthetic concepts from a previous series called Homebodies. Ma states:

“As an adult, I face difficulties in the social environment. Meeting new people, being in the company of strangers, crowds, peers, and intermittently among friends and family brings about a heightened nervousness that takes over and impedes my ability to function socially.” 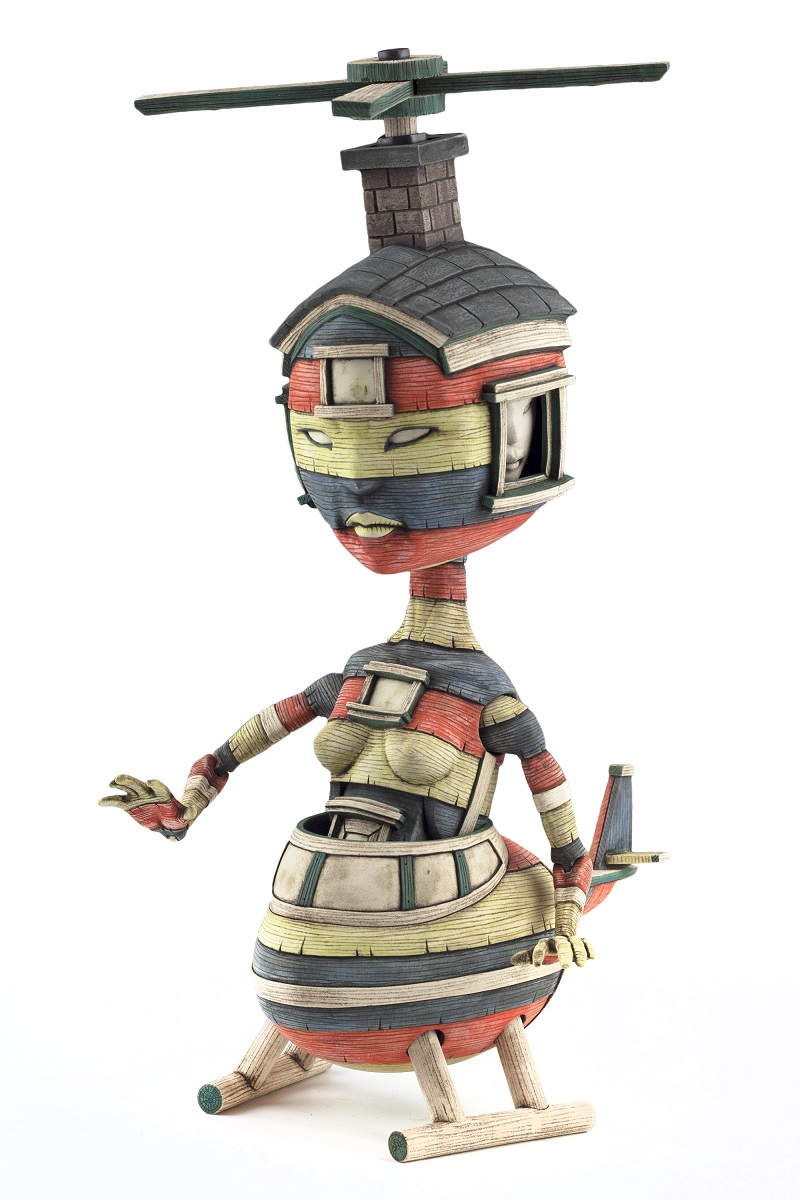 The artist’s conceptual evolution can be appreciated when comparing the subject matter and techniques of both works. In Around and Around and other works in the earlier Homebodies, Ma employs muted color palettes and woodgrain-like textures to echo childhood toy materials and a retreat to innocence, along with figures that peer from within armor-like toy structures. While Ma’s nostalgia for simpler times is evident in his work, he also recalls experiencing reservation and apprehension as a child, when toys provided the relief of entertainment.

“I believe the tactile activity of playing with them coupled with my active imagination helped establish this passion for the action figure early on,” Ma writes. “There was something about picking up your favorite hero or villain and creating stories and adventures that captivated me. It felt only natural to tap into this childlike sense of exploration and storytelling through my artwork.”

Where Around and Around uses windows and doors to establish the toy as a metaphor for home and shelter, Duck Out and works in the later Blend In series depict figures who are less separable from their costumes, as Ma conceals his subjects in forms of avian camouflage. The figure embodies the sensation felt by many whose fear manifests physically in a rigid body posture and avoidance of direct eye contact. Like Ma’s figures, those who experience social anxiety may relate to the peace that the idea of escape brings, where one’s own company can provide a welcome source of distraction as well as creativity.

Calvin Ma lives and works in the San Francisco Bay Area, where he shares a studio with this wife, ceramist Erika Sanada. Works by both artists are currently on display in the Crocker Art Museum’s exhibition Cool Clay: Recent Acquisitions of Contemporary Ceramics.

Last Chance to Be Tempted by "Forbidden Fruit"