New & On View: Estuary with a Round Tower 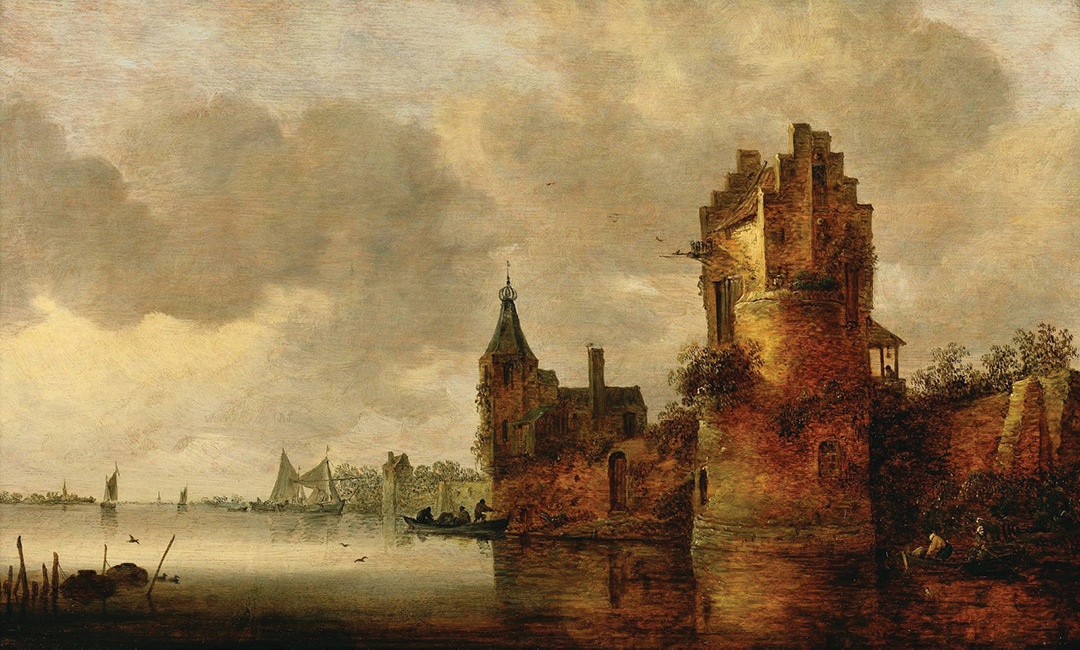 Working in the 17th-century Netherlands, Jan van Goyen reinvented his landscape style repeatedly, influencing generations of artists. Recently, through the generosity of Malcolm and the late Anne McHenry, the Crocker acquired a handsome shoreside landscape from the artist’s most productive period, the 1640s.


Born in Leiden in 1596, van Goyen was apprenticed to several local artists as a youth. After a year of study in France beginning in 1615, the artist Esaias van de Velde trained him in Haarlem before departing the city in 1618. From van de Velde, van Goyen learned the naturalistic style of the Haarlem landscape school, which can be seen in his works of the early 1620s. Later that decade, the artist adopted a tonal palette, as did some of his colleagues such as Salomon van Ruysdael. Painted in muted browns and greens and suggestive of the temperate climate of the Netherlands, the style met with favor.

Depicting the juncture between land and water, van Goyen’s Estuary with a Round Tower has a low vantagepoint, as if the viewer is on a boat watching the workers unload their scows

Though van Goyen prospered, he went bankrupt in the late 1630s, perhaps because of losses he suffered during the “tulip mania” market collapse of 1637, generally considered the first recorded speculative bubble. Thereafter, he reinvented his style and his color sense changed, using more brownish-silver tones in the sky above buildings of golden-brown, reinforced by ruddy underpainting, as in the Crocker panel.

Depicting the juncture between land and water, van Goyen’s Estuary with a Round Tower has a low vantage point, as if the viewer is on a boat watching the workers unload their scows. With its reflection, the brick shore wall with towers dominates the right half of the painting. The brownish gray of the clouds above is also used at left, where distant sailboats ply the waterway. The harmonious composition epitomizes the qualities that brought van Goyen acclaim in the 17th century and beyond. 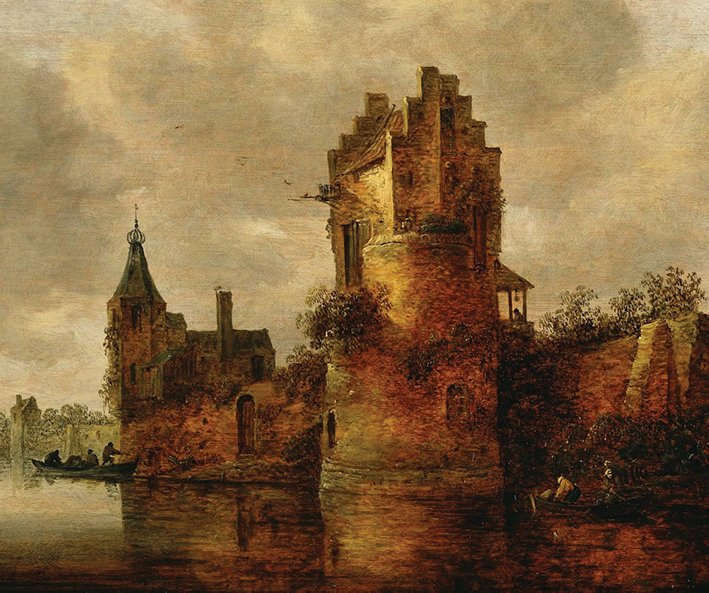 
Van Goyen turned away from this style only late in life, just before his death in 1656. His pupils included Jan Steen and Nicolaes Berchem, the latter represented in the Museum’s collection. Van Goyen’s Estuary with a Round Tower joins an earlier shoreside scene at the Crocker by Jan Breughel the Younger.

New & On View: Six Hand-carved Sculptures from the Golden Age of Carousels!