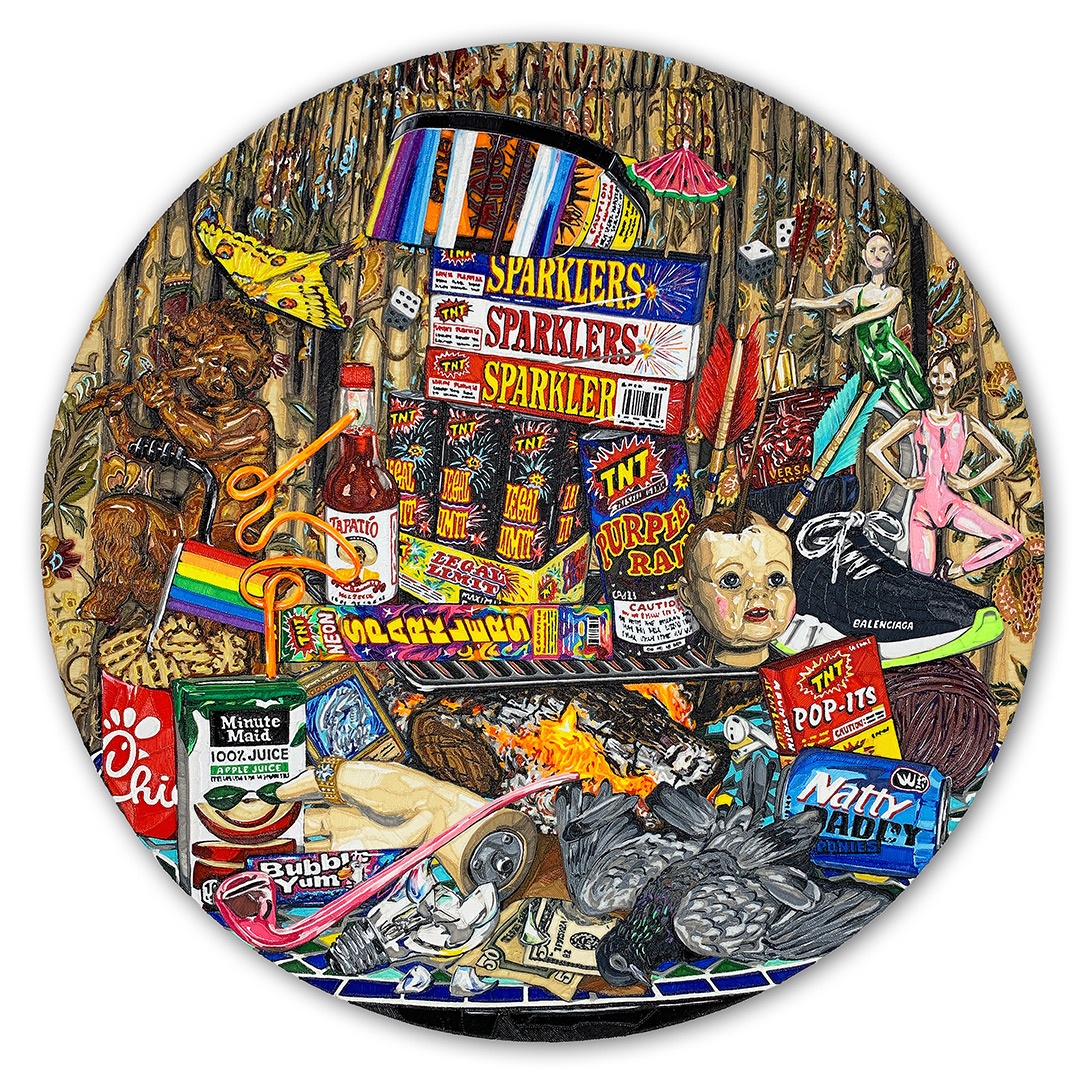 
The Crocker recently acquired two works that add to its growing collection of contemporary African American art. Anthony White’s On the Edge was gifted to the museum after Chief Curator Scott A. Shields saw the piece at Expo Chicago with Museum donors Linda Lawrence and Nancy Lawrence during a 2019 Director’s Circle trip. The second piece, Adia Millett’s Shelter, was selected by the Crocker and acquired for the Museum by donors Barbara and William Hyland.

Born in 1994 near Santa Barbara, White spent his formative years in Prescott Valley, Arizona. From a young age, his parents encouraged his artistic endeavors, and though he is still in his 20s, his work is already receiving much attention and critical acclaim.

Using thin lines of polylactic acid plastic, common in 3-D printing, White creates still lifes that are kaleidoscopes of mundane and luxury objects, as well as cultural symbols that resonate with American viewers. He draws from a broad lexicon: the Pop art sensibilities of Andy Warhol and Roy Lichtenstein, the symbolism of 17th-century Dutch vanitas paintings, and his own experiences, most notably from the consumer brands of his childhood. 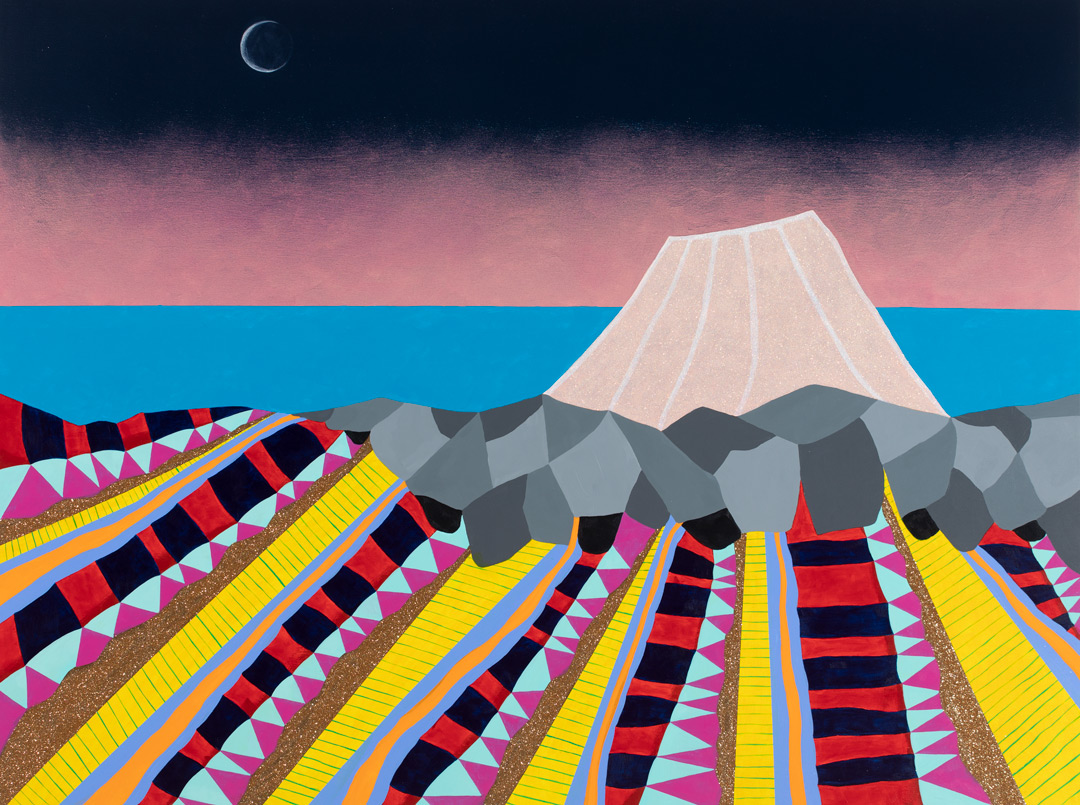 Influenced by the long history of quilting, Adia Millett draws on a patchwork style to create an abstract, geometric landscape with a tent by the sea. According to the artist, Shelter explores “the intersection between landscape, abstraction, and quilting. The tent-like shape speaks to the dichotomy between the luxury of owning a tent for occasional camping versus a tent as a permanent shelter.”

Originally from Los Angeles, Millett earned her B.F.A. from the University of California, Berkeley, and her M.F.A. from the California Institute of the Arts. She uses fragmented and reassembled materials to create quilts, dioramas, and paintings, often with distinct patterns. Her work combines African American experiences and history with more personal conceptions of identity and memory.