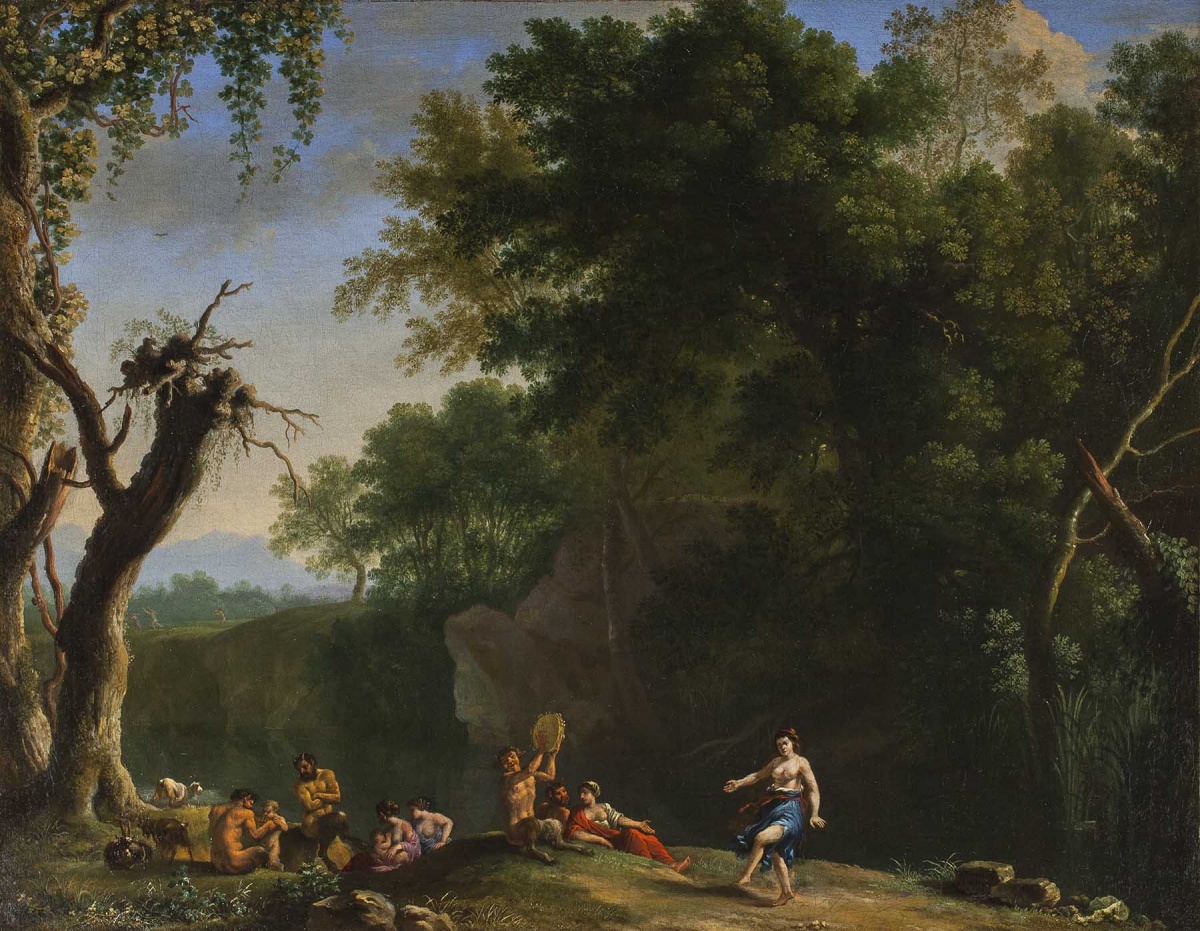 An important genre of Dutch painting, the Italianate landscape, is now represented thanks to the generosity of donor Malcolm McHenry. The painter, Herman van Swanevelt, revolutionized landscape painting in Rome in the 1630s along with his French contemporary Claude Lorrain.

Born in 1603 in Woerden, a town in the central Netherlands, Swanevelt moved to Paris as a young man. Recorded in Rome in 1627/28, he lived in a district near the Palazzo Barberini and became a member of both the Accademia di San Luca, the Italian painters’ academy; and the Schildersbent, the rowdy confraternity of Dutch and Flemish artists in the city. He gained commissions from Church officials, including the cardinals Barberini and Pamphilj, and painted frescoes for both the Palazzo Pamphilj in Piazza Navona and the church of Santa Maria sopra Minerva. In 1641, he left Rome and, journeying to other Italian cities, made his way back to Northern Europe.

Herman van Swanevelt revolutionized landscape painting in Rome in the 1630s along with his French contemporary Claude Lorrain.


In 1643, Swanevelt was in Paris; he would remain in the French capital for the rest of his life. He was made painter to the 6-year-old Louis XIV, likely through the King’s regent, Anne of Austria, which brought him much success. He became a member of the recently founded Académie Royale de Peinture et de Sculpture in 1651. Both a painter and a printmaker, he not only rendered canvases for the most prominent collectors in the city, but also produced a series of landscape etchings. Swanevelt’s influence on landscape painting lasted centuries after his death in 1655. 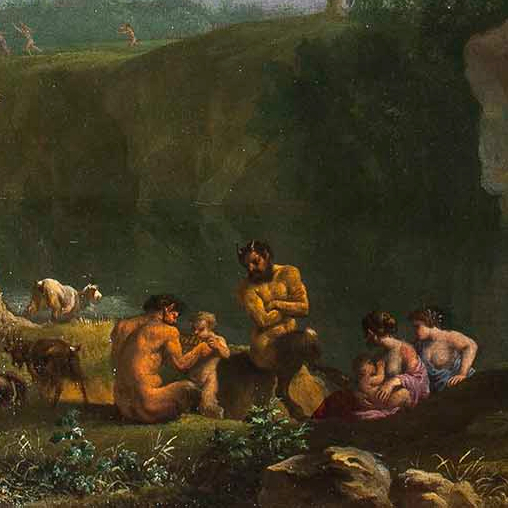 Though Claude Lorrain was long considered to be Swanevelt’s teacher, they were friends and rivals instead. A Bacchanal in a Landscape depicts a satyr family in an Italian landscape and is a Classicizing pastoral scene that epitomizes the revolution the two artists brought to Rome. Before glowing distant hills, a multi-layered world of rich, green fields and forests unfolds. Bathed in sunlight, the foreground is framed by towering, broken trees. A satyr strikes his tambourine while a nymph dances. Other nymphs and satyrs witness the dance or tend to their children, as their goats graze at left. In the distance, nymphs and shepherds chase each other across a meadow toward the forest 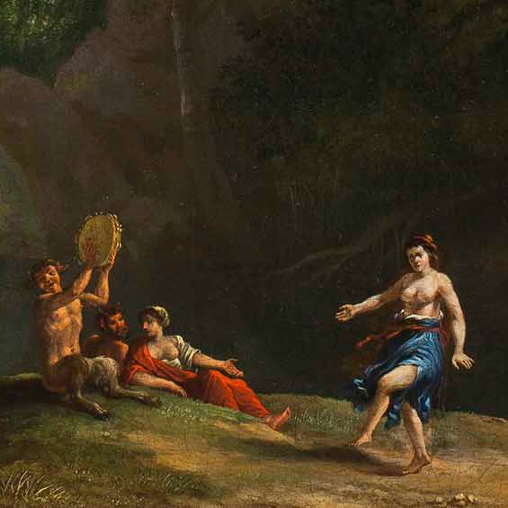 The painting relates to Dutch drawings in the Crocker’s collection created by artists who had spent time in Italy during the 17th century. Artists such as Bartholomeus Breenbergh, who depicted the temple at Tivoli in 1627 , and Willem van Bemmel, who recorded the Colosseum in Rome later in the century, represent the artistic generations before and after Swanevelt. Swanevelt’s own pen and ink drawing of A Satyr Family in the Forest from 1639 (below), also in the Crocker collection, was created in Rome before the artist brought the new Classicizing landscape type to Paris. There, in 1645, he made this important and charming landscape, which now — nearly 375 years later — finds its home in the Crocker galleries. 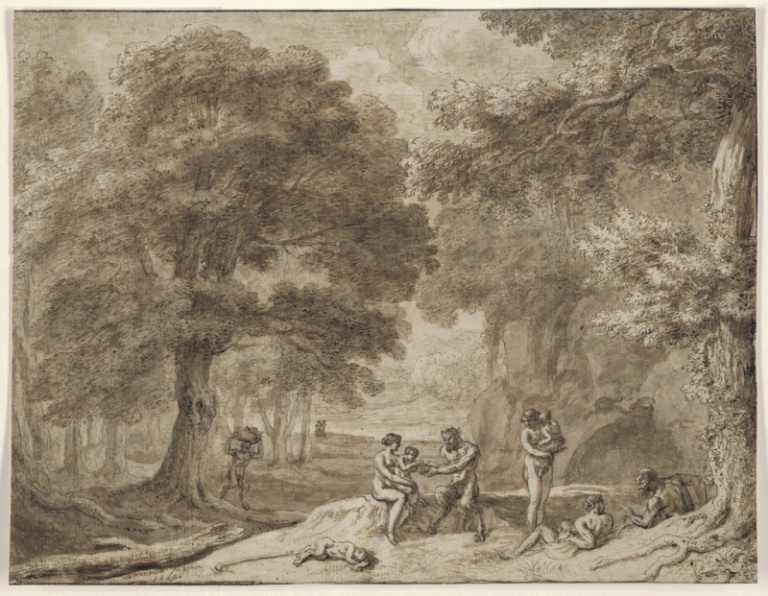