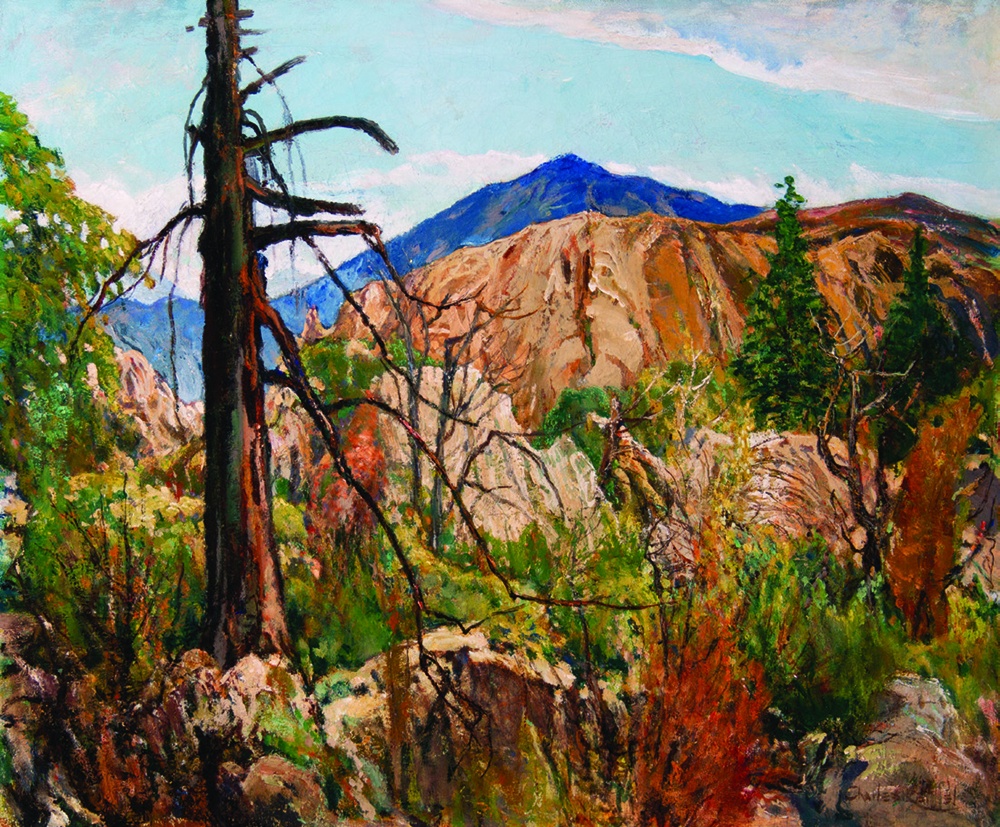 In 2018, architect Richard Barancik, formerly of Pebble Beach, donated a significant group of California and Asian art to the Crocker. Barancik has long recognized the importance of art, having served in the Monuments, Fine Arts, and Archives section of the United States Army — better known as the “Monuments Men”— who at the end of World War II sought to protect and safeguard civilization's greatest artistic and cultural treasures. His gift to the Crocker includes 21 California paintings from the 19th and 20th centuries, along with 52 Asian artworks, including Chinese tomb furnishings and ceramics spanning 4,000 years. The first of these gifts now occupy prominent places in the Crocker galleries, enriching two of the Museum’s most important collecting areas. 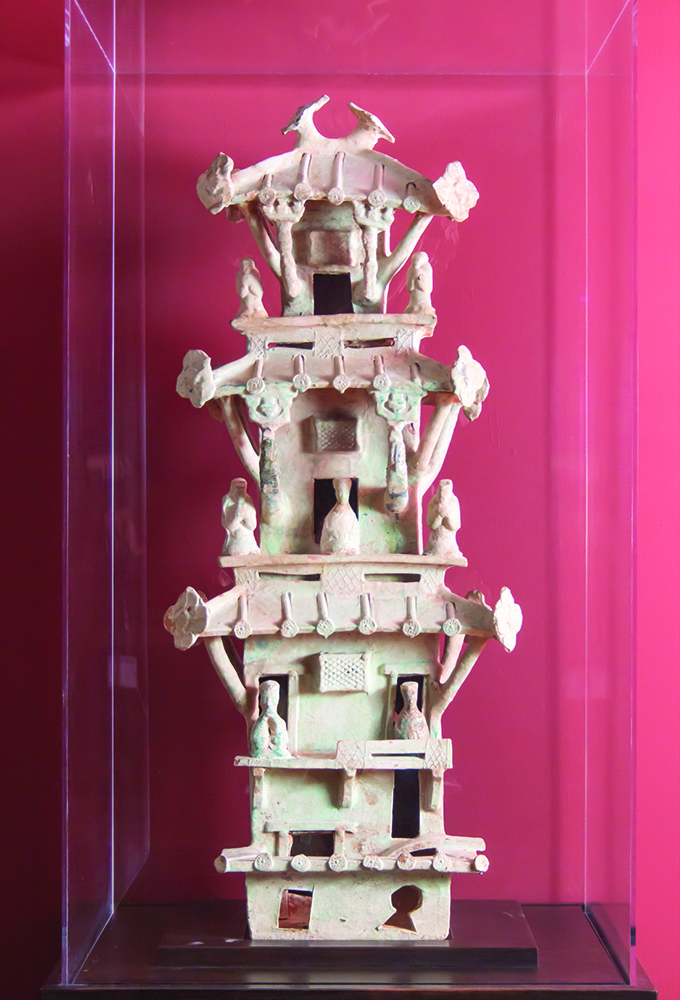 The oldest piece currently on view is a Han dynasty (206 BCE–220 CE) watch tower from China (above). Han dynasty grave goods were produced for burial of the upper classes. Clay replicas of watch towers, houses, soldiers, entertainers, and even household furnishings were meant to provide for the daily needs of the deceased in the afterlife. This ceramic model of a four-tiered watch tower is based on usable wooden structures from the time. It features an enclosed courtyard on the bottom tier, guard figures on the balconies of each of the top three tiers, and elaborate overhanging roofs. Traces of a lead-based glaze remain on some of the figures and the carved roof supports, hinting at the piece’s original iridescent green color. 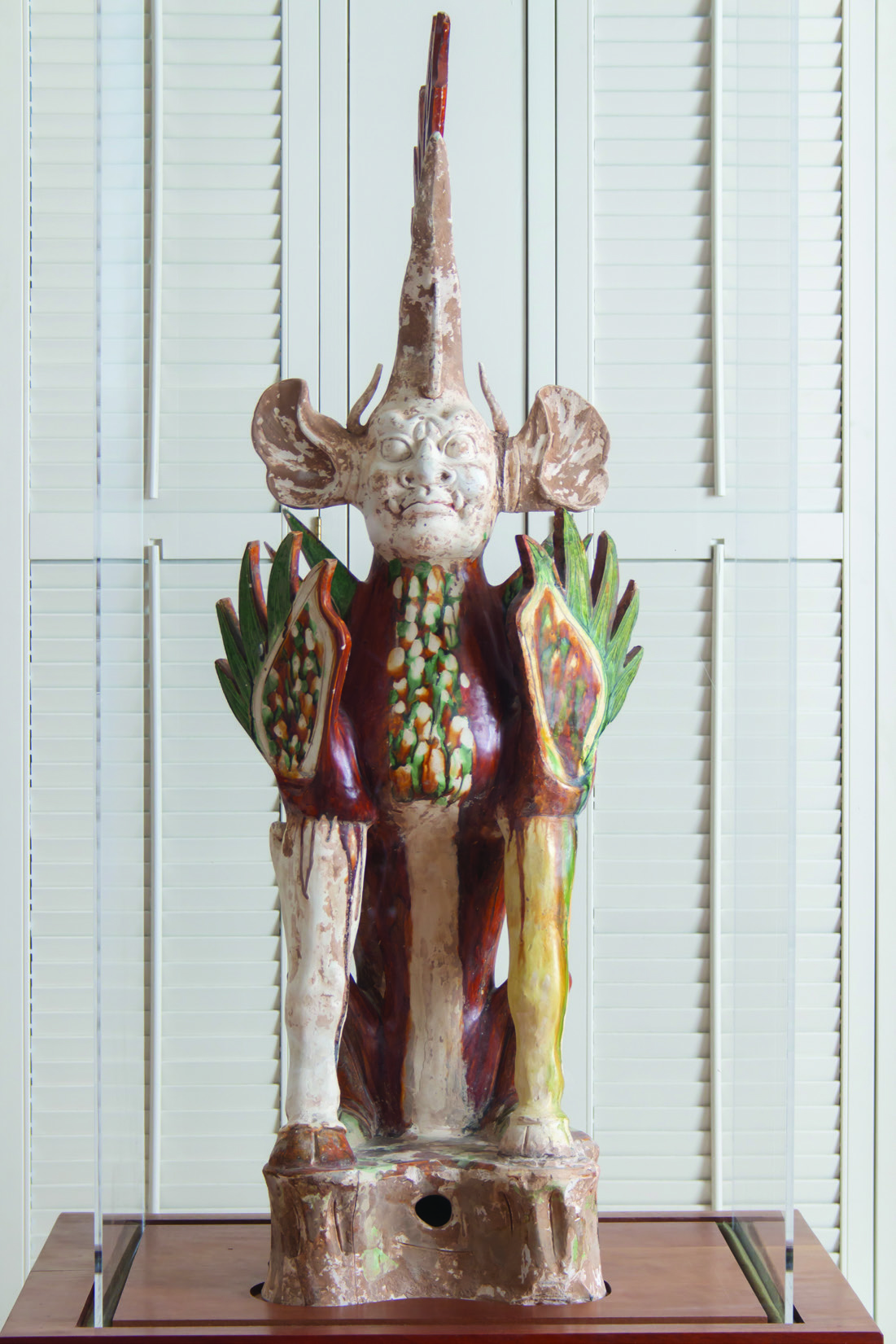 A dramatic part-human and part-animal tomb guardian (Zhenmushou) in clay with three-color (sancai) glaze represents the later Tang dynasty (618–907) (above). Hybrid creatures such as this were first mentioned in the 5th-century BCE Chinese text Classic of Mountains and Seas (Shanhaijing) and described as possessing auspicious qualities. The beast might also have been derived from Buddhist tradition, wherein menacing creatures were thought to offer believers protection from harm. This fantastic creature is an earth spirit, comprised of the body of an animal with a human face, wide ears, a flame-like crest, and wings growing from the top of its front legs. It was originally one of a pair placed near the entrance of a Tang dynasty tomb to guard and prevent the spirit of the deceased from inappropriately roaming into the outside world. 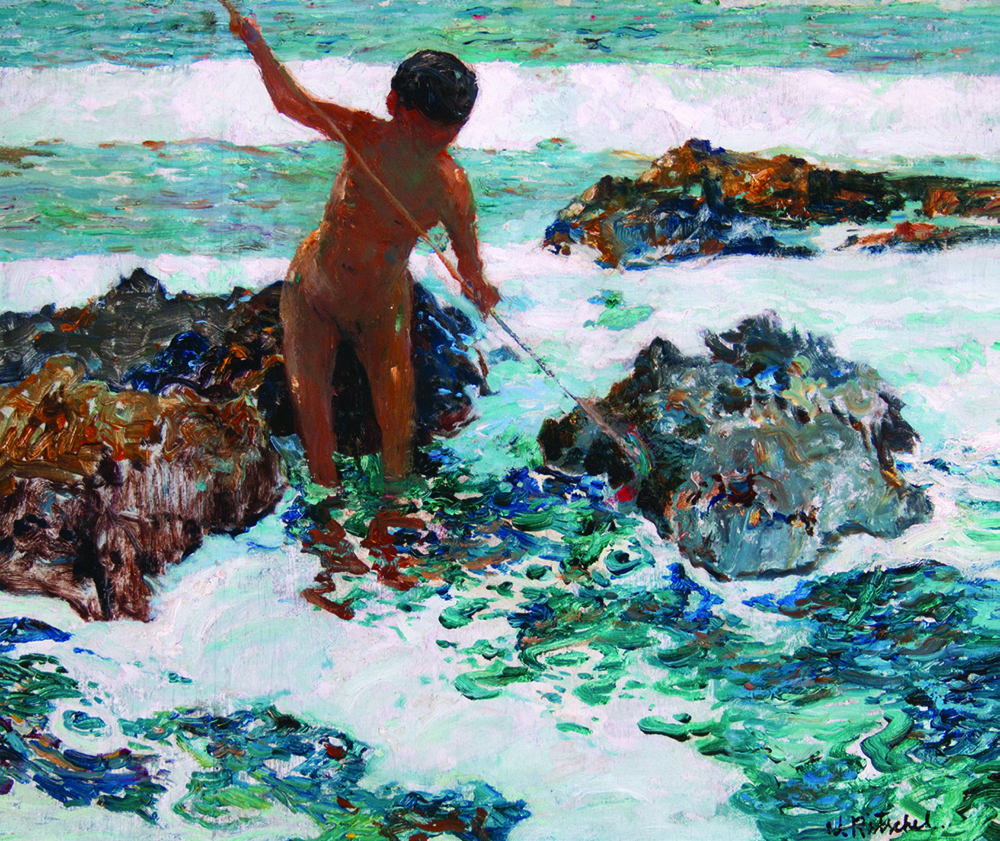 Among the California works donated by Barancik are six paintings and a drawing by William Ritschel (American, born Germany, 1864–1949). Ritschel is best known for painting scenes of nature’s forces. He did so most often by portraying the Pacific Ocean surging near his home in the Carmel Highlands, which was set on a cliff overlooking the Pacific. He also portrayed Monterey cypress trees, their branches grappling against the wind, their roots clinging to the rocks. This painting, Boy Spearing Fish, is unusual in its focus on a child, and yet the story of struggle between forces — here, humanity against nature — remains much the same (above). The work is also unusual in that Ritschel painted it in Tahiti, where he lived for a time in Paul Gauguin’s former home. 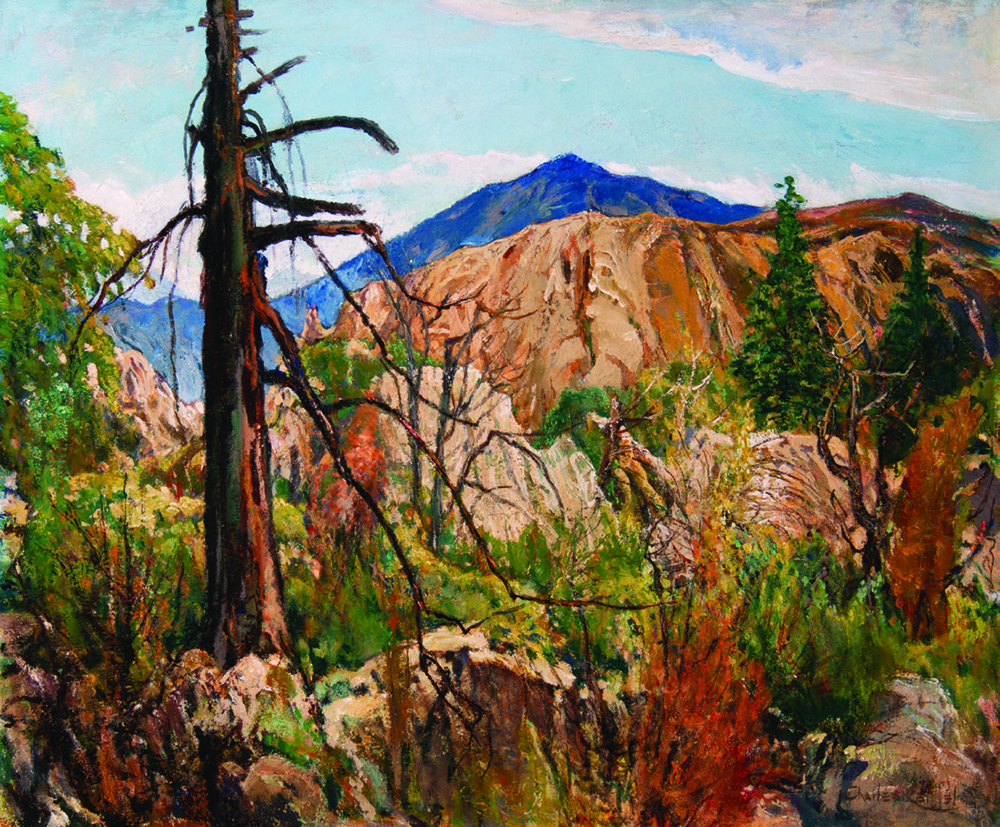 A contemporary of Ritschel, artist Charles Reiffel (American, 1862–1942) worked in the San Diego region and is represented by three works in the Barancik collection. Born in Indiana, he began his artistic career as a lithographer in Buffalo, New York, before traveling and staying in England for six years and spending nine months at the Munich Academy. During this period, he worked as a lithographer and painted in his spare time. He later moved to an art colony in Silvermine, Connecticut, and then to San Diego. The painting depicted here features the rugged mountains near San Diego (above). A desolate tree in the foreground, surrounded by abundant underbrush, impedes the viewer’s entrance to the scene and mirrors the inaccessibility of the landscape.