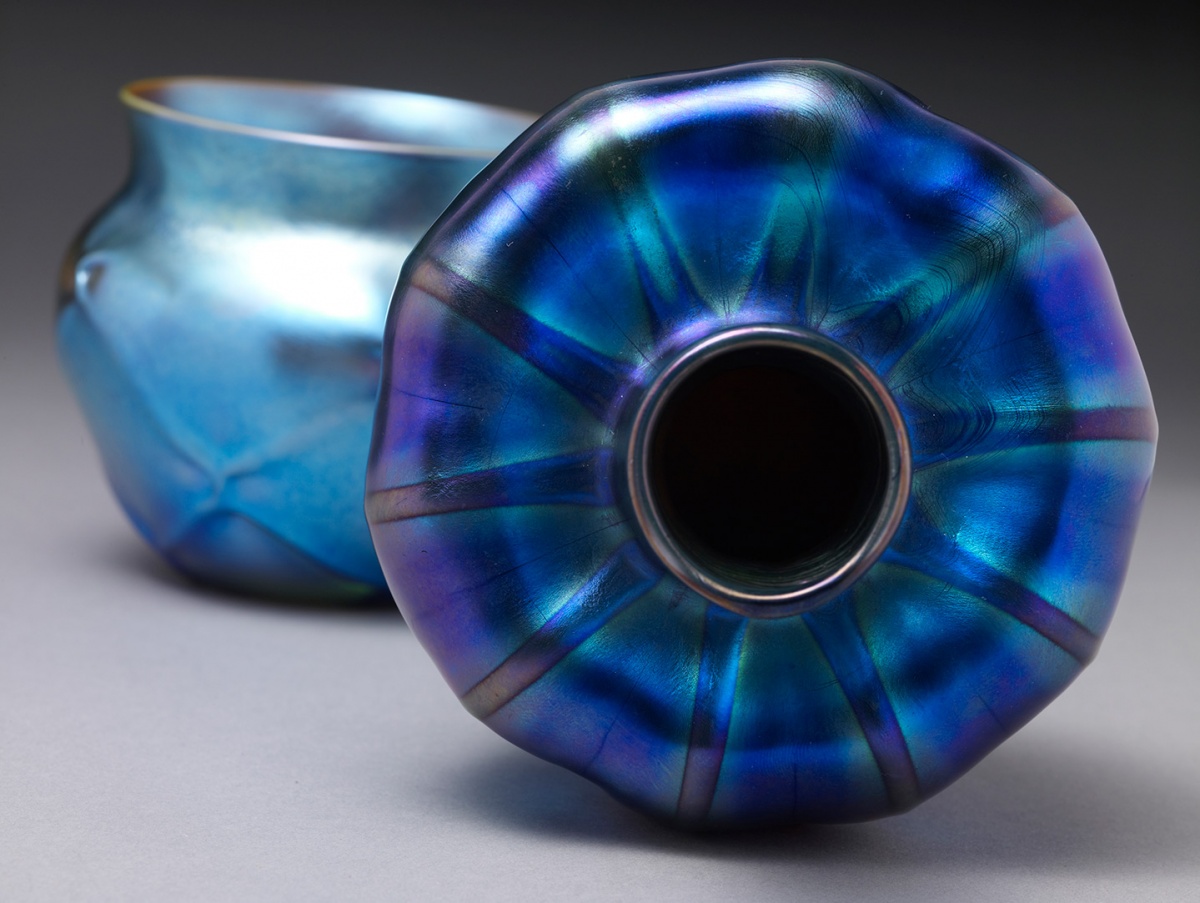 The year 2021 marks just over 100 years since the 19th amendment was ratified and women gained the right to vote. The centennial celebration also marked the establishment of America’s first radio station with regular broadcasts, the publication of Sinclair Lewis’ Main Street and F. Scott Fitzgerald’s This Side of Paradise, and the creation of the League of Nations. Louis Comfort Tiffany’s company Tiffany Studios had been in business for nineteen years by 1921 specializing in glass lamps, windows, mosaics, and vases, and would go on for another eleven before falling into receivership and changing its name to Louis C. Tiffany Studios Corporation. It was also the beginning of the “Roaring Twenties,” a period of increased emphasis on cities, consumerism, and mass culture. These societal changes brought about the opportunity for more people to buy more things, which was a boon to the luxury goods market. Yet there was increased competition for how individuals would spend their money and increased interest by the upper class in owning something unique. Companies had to adapt.

Can looking at Louis Comfort Tiffany, his artistry, and his time, offer us anything relatable over a century later, deep in the throes of digital, political, and social change? One answer to this question can be found in the way that Tiffany organized and operated his companies. Much has been made in recent years of design thinking, in considering who a product or service is for rather than only thinking about the business need. This may seem novel but was widely employed by artists/designers, like Tiffany, working in the 19th century. Commissions for glass objects catered to human needs and preferences, lamps were designed for both functionality and aesthetics, and objects like desk sets, jewelry boxes, and humidors catered to a range of consumers at various price points.

Tiffany’s network of glass suppliers, furnaces, designers, artisans, collectors, competitors, and collaborators would rival even the best of social networks in 2021. The most interesting part of his expansive network is that Tiffany had to write a letter and take a train, boat, carriage, or a slow automobile to build it. Today, our touchscreens are the vehicle of choice for building a social or business network. 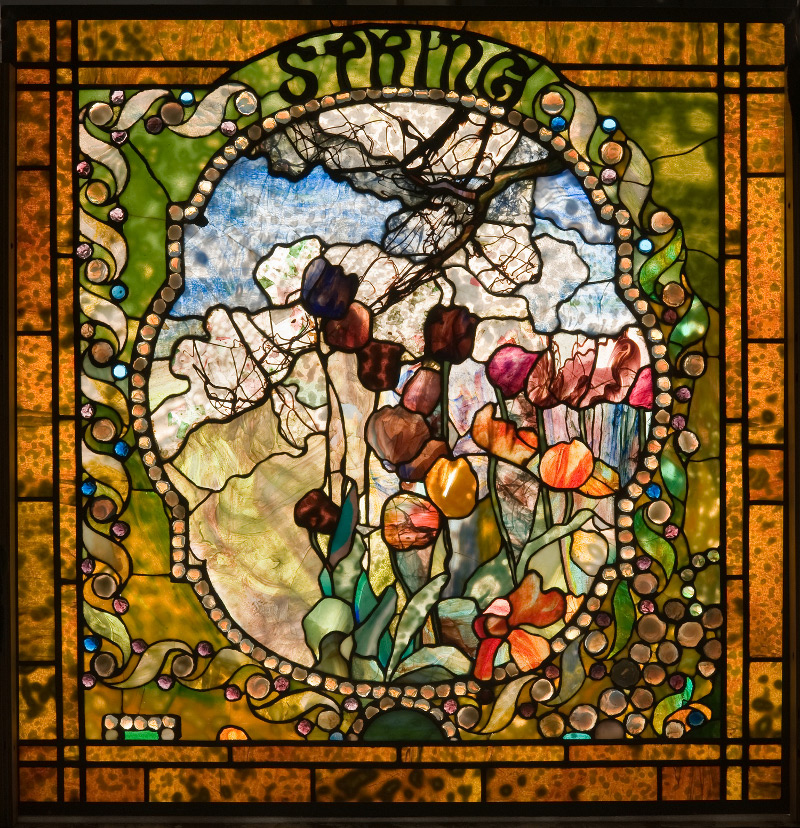 Do Tiffany objects signal to viewers anything other than tradition? Environmental awareness, the preservation of natural landscapes, and the recognition of the ways in which humans interact with buildings tie directly to Tiffany’s artistic output. Not only did Tiffany rely heavily on the depiction of plants and insects in his designs, but he also created interiors that incorporated textures, diverse materials, architectural details, and color. He built a brand based upon his name and employed individuals with varying skill sets to execute his products in much the same way that a design firm or corporation might today.

Artists in 2021 have continued the tradition of working from nature in the medium of glass. British artist Richard Shilling is known for sculptures that have a stained-glass effect but are made from leaves of different colors, while Shayna Leib’s blown glass evokes the Art Nouveau and the California coast, the ocean, and sea forms. Preston Singletary mixes traditional glass blowing processes with Tlingit designs and Northwest Coast Native storytelling. The environment, animal forms, and the medium of glass factor heavily in his work, akin to many of Tiffany’s artistic endeavors.

In looking to the future of glass it may be apropos to look to the past.