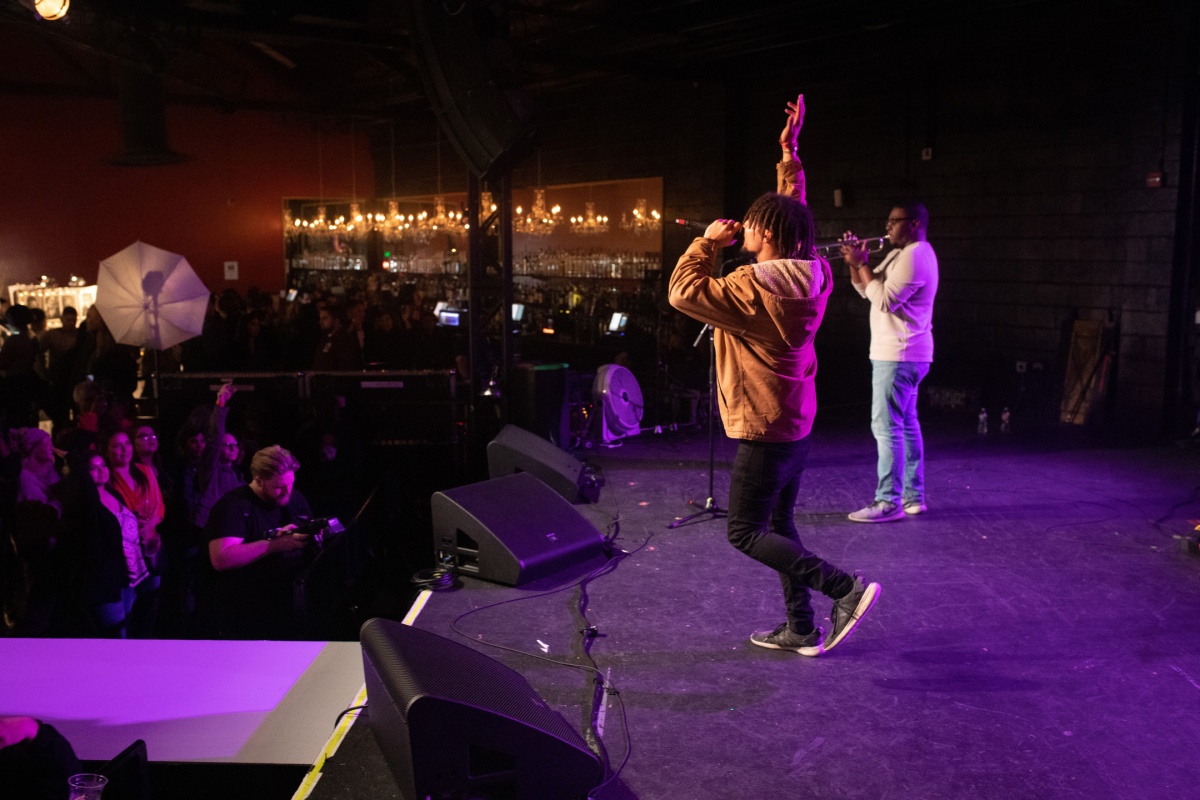 
We asked you which local, emerging artists should take over the Crocker for a two-night concert crawl. You responded with a list of bands as diverse and interesting as the community itself. Here are your Audio Muse 2.0 winners.

Fashionista Boyfriend
In the late 2000s, a new type of music dropped into the YouTube playlists of students everywhere: Chillwave. The dreamy, retro pop sound is often accompanied by a lo-fi aesthetic, mellow vocals, and an overwhelming sense of nostalgia. Fashionista Boyfriend, the brainchild of Casey Groat, is no exception. His debut album, Last Night, oozes atmosphere from a bygone era — be it a fuzzy summer memory or a momentary microgenre.

Kandia
Salsa. Cumbia. Merengue. Vallenato: this Columbian-native singer, percussionist, dancer, and actor does it all. Kandia’s career spans 15 years, and during that time, he’s shared the stage with artists like Julieta Venegas, Enanitos Verdes, Tony Vega, and more. His latest album, Me Encantaría, is available on Spotify, iTunes, and Youtube. Kandia’s catchy beats will get feet tapping and hips swaying.

Madk@p
You know what hip-hop needs more of? Saxophones. That’s right. Anyone who’s listened to a good sax player go full throttle knows they’re hearing an honest expression of the artist’s soul. Needless to say, we’re excited that the South Sacramento-native Madk@p decided to include Myles Taylor in his latest music video, Make Way. Elements of jazz — and yes more saxophone — can be found throughout Madk@p’s work.

Sad Girlz Club
Did you go through an awkward rebellious phase as a teenager? Grow your hair out? Get upset at the conformists? Chances are you listened to some type of rock music as well — unless of course, your parents did. If so, Sad Girlz Club sounds achingly familiar. The band dreams of touring Japan with Green Day and is hoping to speak the dream “into existence” (Sacramento News & Review). Due to unforeseen circumstances, Sad Girlz Club has been replaced with the Midnight Dip.

Basi Vibe
Here’s the best way to listen to Basi Vibe’s smooth, soulful vocals, per the artist himself: “Put on some headphones on to hear that thicc” (Submerge). The second-best way? We’d like to think it’s in our galleries. Why don’t you try doing both and decide for yourself?

David Perez Band
This five-generation family band are masters of Tejano music, a diverse genre that combines sounds from Mexico, America, and Europe. Tejano (literally Texan) could only come from Texas and is a testament to the strength our shared, rich, cultural history. ¿No hablas español? Don’t worry, the award-winning David Perez Band will make you want to get on your feet and dance, no matter the language.

Flight Mongoose
“Only play dope shows” — that’s Flight Mongoose’s motto. It’s easy to do when you’re playing songs that don’t sound out of place next to bands like AC/DC. Despite being a group of 20-something millennials, we can’t shake the feeling that Flight Mongoose is actually a group of classic rock gods transported to 2019 from the Sunset Strip of 1980. Depending on your age, the band will either remind you of your first cassette tape or your dad.

Münechild
Some feelings are just universal. A cup of cheap coffee drank late at night. The flutter in your chest when you asked your high school crush to prom. A late-night drive that leads somewhere and nowhere at once. Münechild turns those half-dreamt feelings into music with inviting, post-punk guitar tones and murky vocals.

Tonic Zephyr
Psychedelic rock hasn’t graced our collective musical consciousness for some time now, but that hasn’t stopped Tonic Zephyr. The self-described modern mashup of “Gwen Stefani’s rebellious energy and Janis Joplin’s soul” has guitar riffs that melt, but vocals that soothe. They say the walls shake when they play, so maybe we’ll keep 'em in the courtyard — just to be safe.


About the Author: Brian Hendershot serves as the Crocker's primary support editor, writer, and occasional audiovisual editor. Before joining the Crocker, he was the Head of Communications at the Museum of the Red River in Oklahoma. He also sat on the McCurtain County Historical Board of Directors and currently sits on the Crocker's MASS Action Committee. He received his MA in Communications at Drury University in Missouri.

The Next Audio Muse is Going to Be Bootyful

Summer Sizzling with Jazz Night at the Crocker!