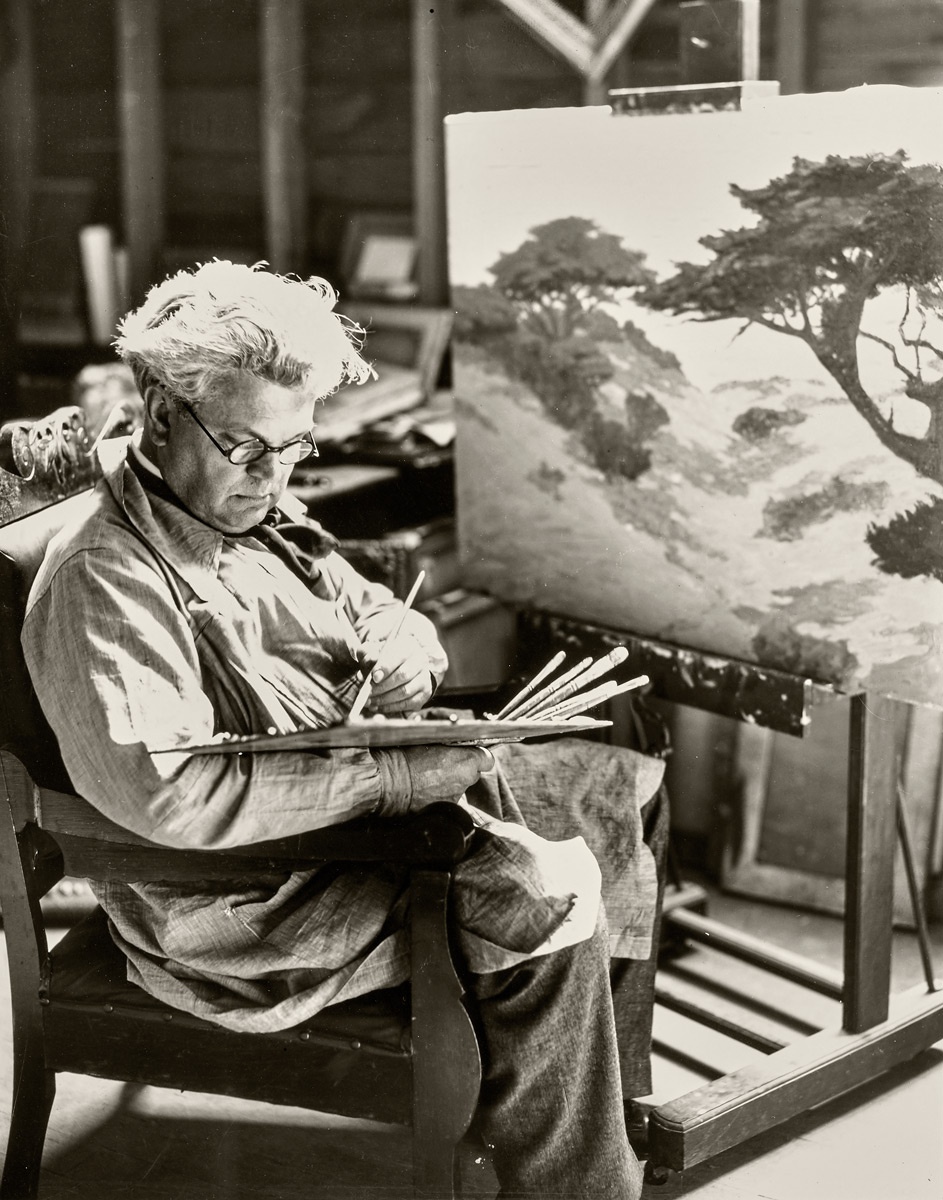 The following was adapted from “Granville Redmond: The Eloquent Palette”. Copies can be purchased in the Museum Store or by calling (916) 808-7000. (Update: Due to Covid-19, the Museum Store is closed. However, you can still order a copy by contacting the Museum Store between 9 AM and 4 PM on Tuesday at (916) 808-5531 or anytime at museumstore@crockerart.org.)

The year 1917 was a difficult time for many artists and galleries in America, as paintings were not selling well due to a sluggish economy and the nation’s entry into World War I. Until this point, Granville Redmond had earned his living and supported his family almost entirely from the sale of his paintings. Now, with picture buyers diminishing and the needs of his family increasing, Redmond’s thoughts turned to acting, for which he had some experience. So, at the end of summer 1917, Redmond traveled to Los Angeles to pursue acting. Because he had not been able to hear or speak since childhood, his friend and fellow artist Gottardo Piazzoni accompanied him to serve as his interpreter [1].

There are varying accounts of how Granville Redmond came to meet the actor Charlie Chaplin. Alice T. Terry, a noted deaf writer and the first female president of the California Association of the Deaf, reported that Chaplin learned of Redmond’s acting skills and asked him to come to Hollywood, assuring the artist that it was not necessary to speak, and that “plain, ordinary lip movements” would do [2].

Piazzoni may also have brought them together, as he supposedly had connections to famed actress Clara Kimball Young. More recently, Kenneth W. Norton, retired Dean of Students at the California School for the Deaf in Fremont, whose father was a friend of Redmond's, remembers his father’s story that Chaplin encountered Redmond at work on a painting near Riverside and was so impressed that he gave the artist his card [3]. Art critic Antony Anderson also claimed a role in bringing the men together, later stating that he provided Redmond with letters of introduction to motion-picture studios [4].


Chaplin provided Redmond with workspace in Charlie Chaplin Studios in Los Angeles, a complex of Tudor-revival structures suggesting a quaint, English street [5]. Redmond ultimately had roles in seven Chaplin films: A Dog’s Life (1918), Sunnyside (1919), A Day’s Pleasure (1919), The Kid (1921), The Idle Class (1921), A Woman of Paris (1923), and City Lights (1931). He also worked in movies by other studios. Though the money he earned from these films certainly helped his family, the connections that Redmond made in Hollywood did even more for his bottom line by helping to foster sales of paintings to actors, directors, and others in the industry.


Alice Terry wrote in 1918 that, as far as she knew, Redmond was the first deaf person to appear in the movies, an irony given that non-hearing people readily understood and enjoyed silent movies, the action and emotion being communicated by gesture and pantomime [6]. Deaf viewers were especially quick to notice Chaplin’s use of signs, which he most certainly learned from Redmond. Terry noted that in A Dog’s Life Chaplin used signs for “baby” and “children” perfectly. “Where did he learn those signs if not from our deaf friend Redmond?” she asked [7]. 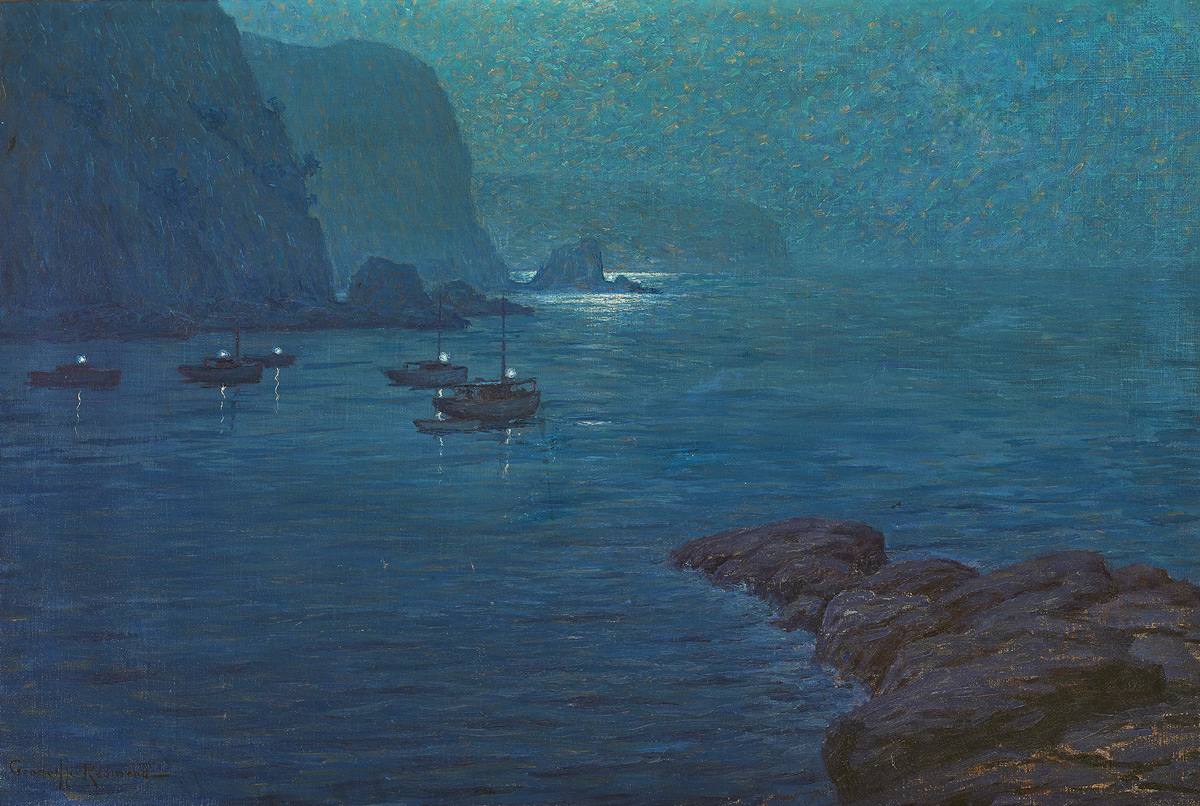 
The California News observed the same thing, reporting that “Many of the signs he [Chaplin] uses plainly show his intimate contact with Redmond" [8]. In the Silent Worker, A. V. Ballin detected Redmond’s influence on Chaplin’s mannerisms, stating, “The intimacy between Redmond and Chaplin is thick enough to influence the latter’s acting in moving pictures. It is quite apparent. Did you not notice that Chaplin makes many gestures resembling those of a deaf-mute, and never opens his mouth to mimic speaking words — words which cannot be heard or understood" [9].


Terry reported that when Chaplin needed quiet time away from the set, he went to Redmond’s studio and sat “for hours, watching the artist, enjoying the silence — a silence unbroken even when they talk; and wondering always at the artist’s power to paint joyousness and happiness into his pictures" [10]. To Terry, the men had much in common, Chaplin “silently and dramatically . . . creating mirth and sunshine for millions of tired people; and Redmond, silently and none of the less effectively, brightening the lives of all, by his radiant, appealing pictures on canvas" [11].


Redmond would, indeed, paint some of the most beautiful Impressionist paintings of his career at Chaplin Studios. Though acting provided him with a diversion and a bit of extra income, it did not really slow his pace as a painter, as evidenced by the paintings that lined his studio walls and floor. All of these were California scenes, but the subjects were wide-ranging, featuring the sea, mountains, and fields of poppies. Some were set at dusk or the middle of the night, others in bright sun. Many depicted the terrain of Laguna Beach and Santa Catalina Island. Redmond typically offered Chaplin first pick, which, over the span of 20 years, enabled the actor to assemble an important collection of Redmond’s work. 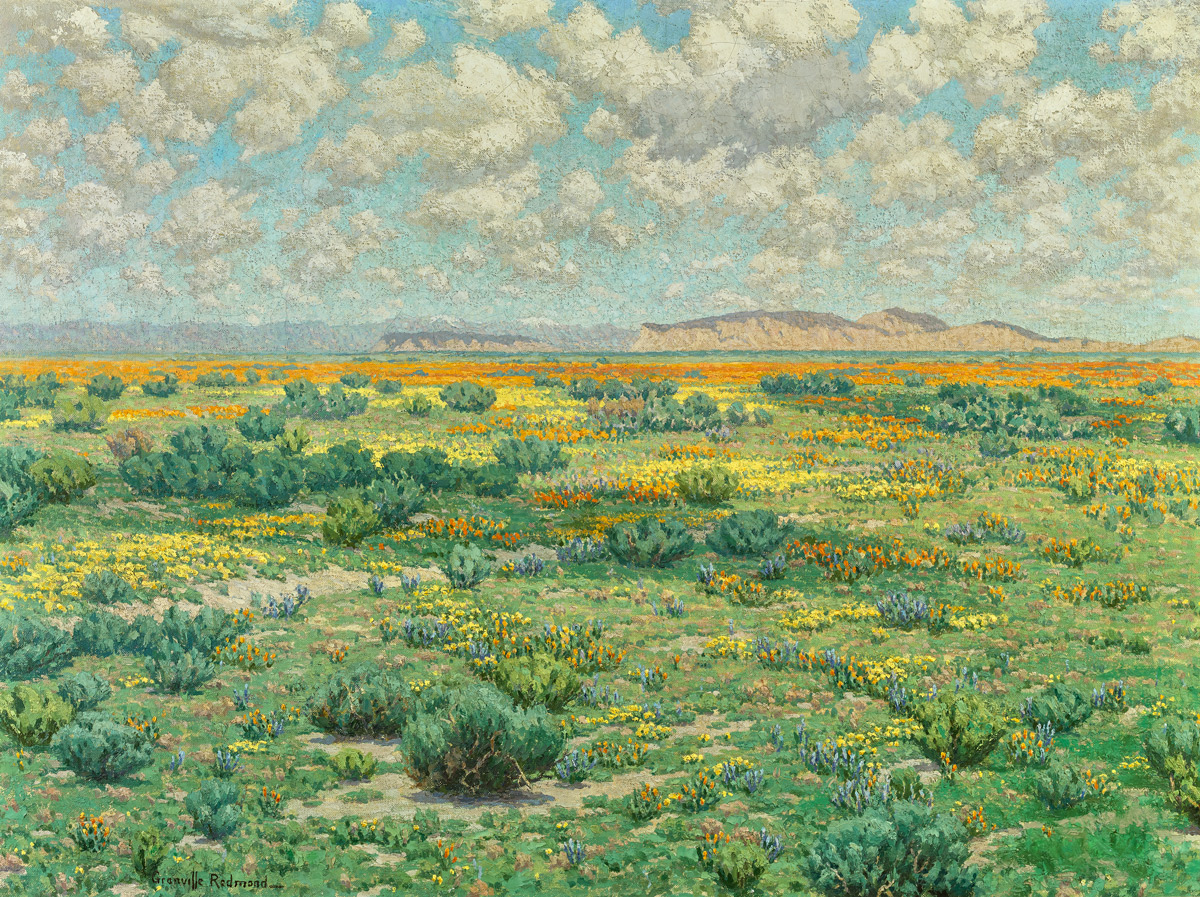 Chaplin himself wrote about Redmond and his art: “Something puzzles me about Redmond’s pictures. There’s such a wonderful joyousness about them all. Look at the gladness in that sky, the riot of color in those flowers. Sometimes I think that the silence in which he lives has developed in him some sense, some great capacity for happiness in which we others are lacking. He paints solitude as no one else can convey it, and yet, by some strange paradox, his solitude is never loneliness. It’s some sort of communion with Nature, I suppose" [12].

8. California News (California School for the Deaf and the Blind, Berkeley, May 1923.