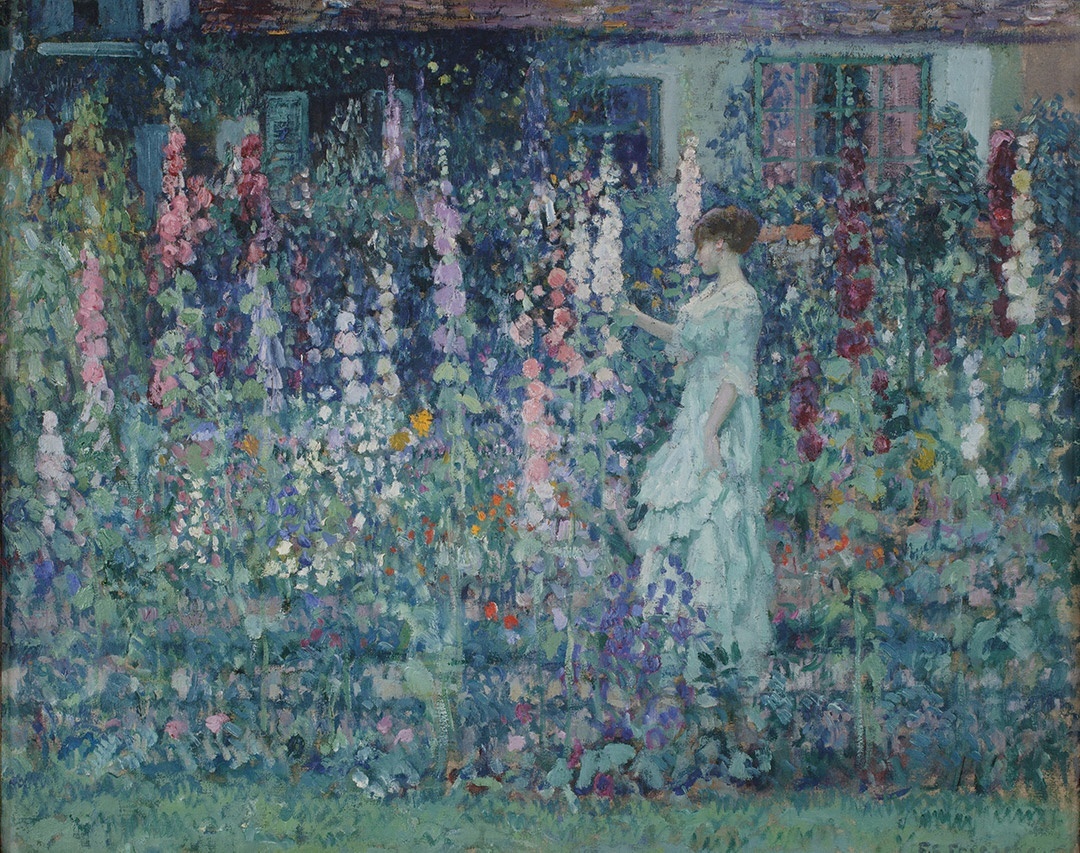 For America: Paintings from the National Academy of Design explores the ways in which artists have represented themselves and their country. Since its founding in 1825, the National Academy of Design has required all Academicians to donate a representative work to the Academy’s collection and, from 1839 to 1994, the Academy also required associates to present a portrait of themselves, whether painted by their own hand or by that of a fellow artist. Well-known artists such as Thomas Eakins, Winslow Homer, John Singer Sargent, Richard Estes, Lois Dodd, Andrew Wyeth, Maxfield Parrish, Cecilia Beaux, Wayne Thiebaud, and many others are featured. Comprised of 100 paintings created between 1809 and the present, the exhibition visually documents the history of American painting through the collection of the Academy and is the first exhibition to highlight its uniqueness.

The exhibition is divided into five thematic and roughly chronological sections: Founding an American School, A New Internationalism, Painting America, Postwar Realisms, and For America. Moving through these sections provides an opportunity to compare styles and trends, while also offering diverse artistic lenses through which America and American culture have been documented. 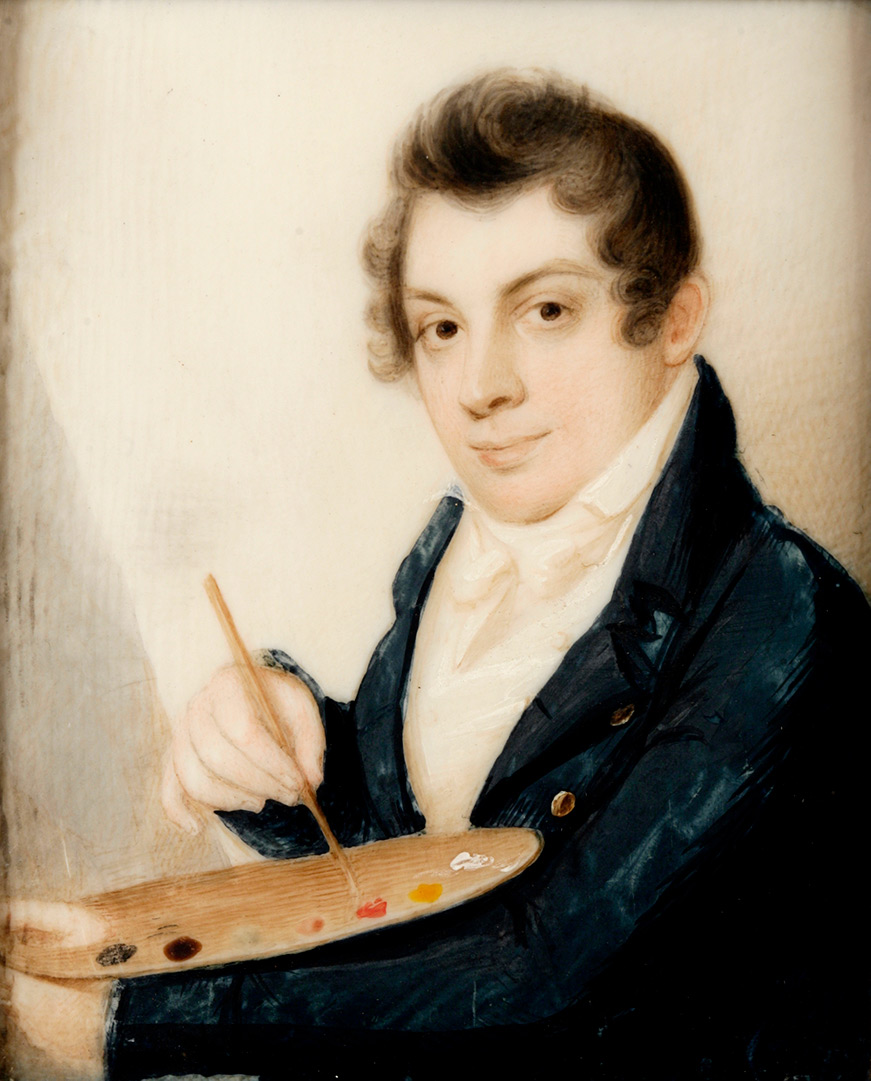 Founding an American School spans from the Academy's beginning to the latter half of the 19th century. One of the earliest works in the exhibition, Samuel F. B. Morse’s Self-Portrait, from about 1809, is also one of the smallest at roughly three inches high. The image shows Morse, one of the founders of the Academy and a two-time president of the organization, holding a painter’s palette and brush. Apart from his artistic pursuits, Morse contributed to the invention of the single-wire telegraph system and Morse code. This section also prominently features landscapes, which range from paintings of the Hudson River Valley to the Sweetwater River in Wyoming. John Frederick Kensett’s The Bash-Bish, 1855, depicts a well-known waterfall in the Berkshire Mountains of western Massachusetts. The rushing water and the green trees reference spring, a time of renewal. Kensett created numerous paintings of the waterfall from varying angles at different times of day.

The second section of the exhibition, A New Internationalism, investigates how American artists spent time studying abroad at art schools in London, Paris, and Düsseldorf, which influenced their styles and ways of thinking about the figure, natural environments, and American culture once back on home soil. The influence of French Impressionism is seen in Hollyhocks (top image), painted by Frederick Carl Frieseke before 1911. Impressionism, an art movement developed in France and favored by such artists as Claude Monet and Pierre-Auguste Renoir, emphasizes visible brushstrokes, color, and the ways in which light can define a scene. Although born in Michigan, Frieseke studied at the Académie Julian in Paris while in his early twenties. Upon leaving the Académie, he split his time between Paris and Giverny, France, taking up residence during the summer in a house located next to Monet’s residence. 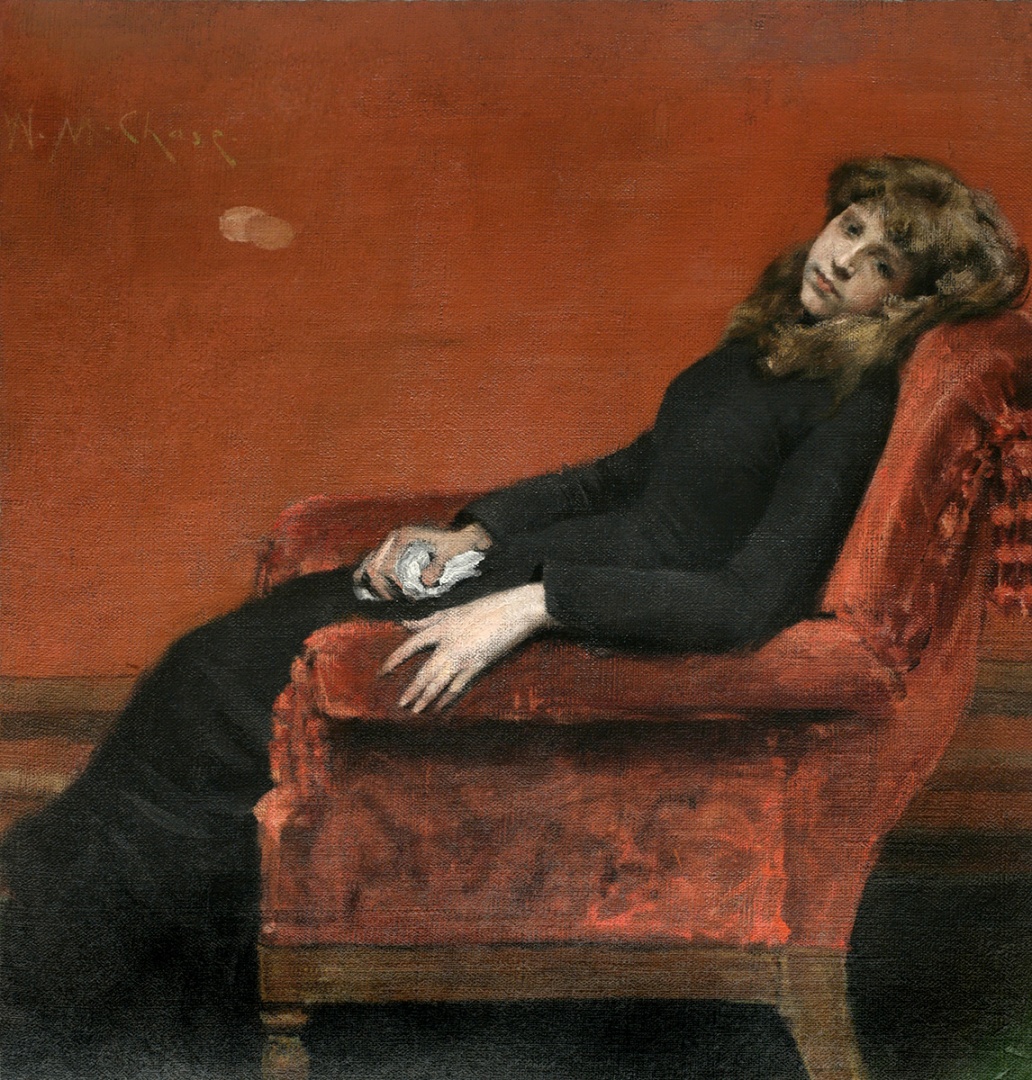 Friendships that developed while artists lived and worked abroad are also explored in this section, a highlight of which is the close bond formed between William Merritt Chase and Robert Frederick Blum. The two artists traveled throughout Europe together, often worked side-by-side, were elected to the Academy at the same time, and are featured in the exhibition. Chase is represented by two works. The first is a portrait of Blum and the second is a portrait of a young woman largely devoid of references to time and place.

As the National Academy entered the 20th century, it geographically diversified its artist base and saw a renewed emphasis on artwork depicting American life. Painting America, the exhibition’s third section, explores Regionalism, the Southwestern landscape, women artists, and a move toward abstraction. John Steuart Curry’s Belgian Stallions, 1938, depicts a group of draft horses at a 1937 Wisconsin stock show. A prominent figure in the Regionalist movement of the 1930s, Curry was raised on a Kansas farm and dedicated his career to painting scenes of rural American life. 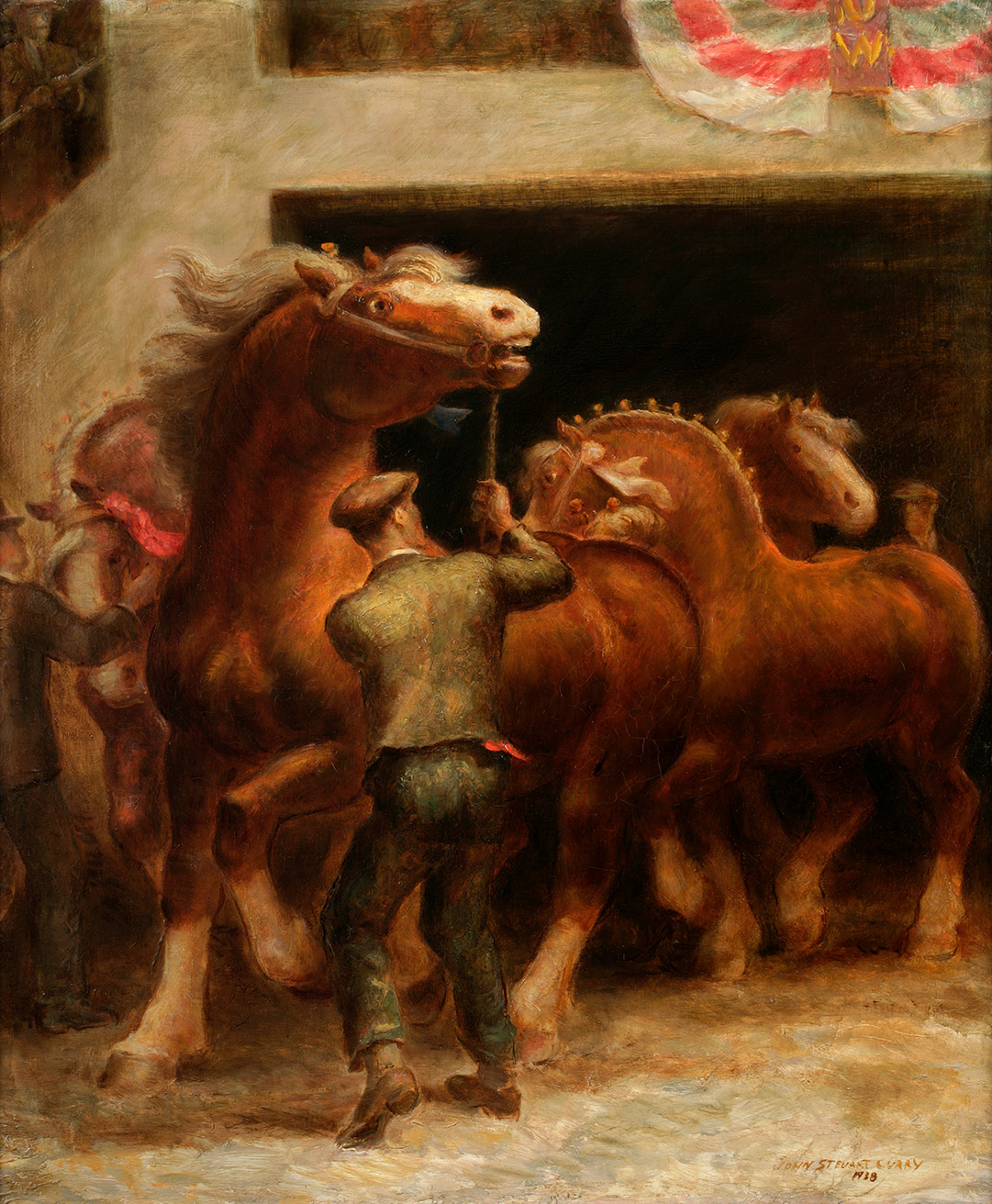 Moving into the mid-20th century, the Academy looked to ways in which artists investigated the figure amid socio-political unrest. Postwar Realisms includes the work of Hughie Lee-Smith, the second African American artist after Henry Ossawa Tanner to become a National Academician. Charles White’s painting Mother Courage II, 1974, references his great-aunt Hasty Baines, who was born into slavery on the Yellowley Plantation in Ridgeland, Mississippi. It is a portrait of wisdom, strength, and White’s ancestry. May Stevens, a social and political activist, created artwork that investigates and criticizes systems of power. In Benny Andrews, the Artist, and Big Daddy Paper Doll, 1976, Stevens depicts her friend and fellow artist Benny Andrews. At the time, Stevens’s husband was teaching art to prisoners at Riker’s Island alongside Andrews. The police uniform references this and is part of a larger series based upon aspects of the Vietnam War. 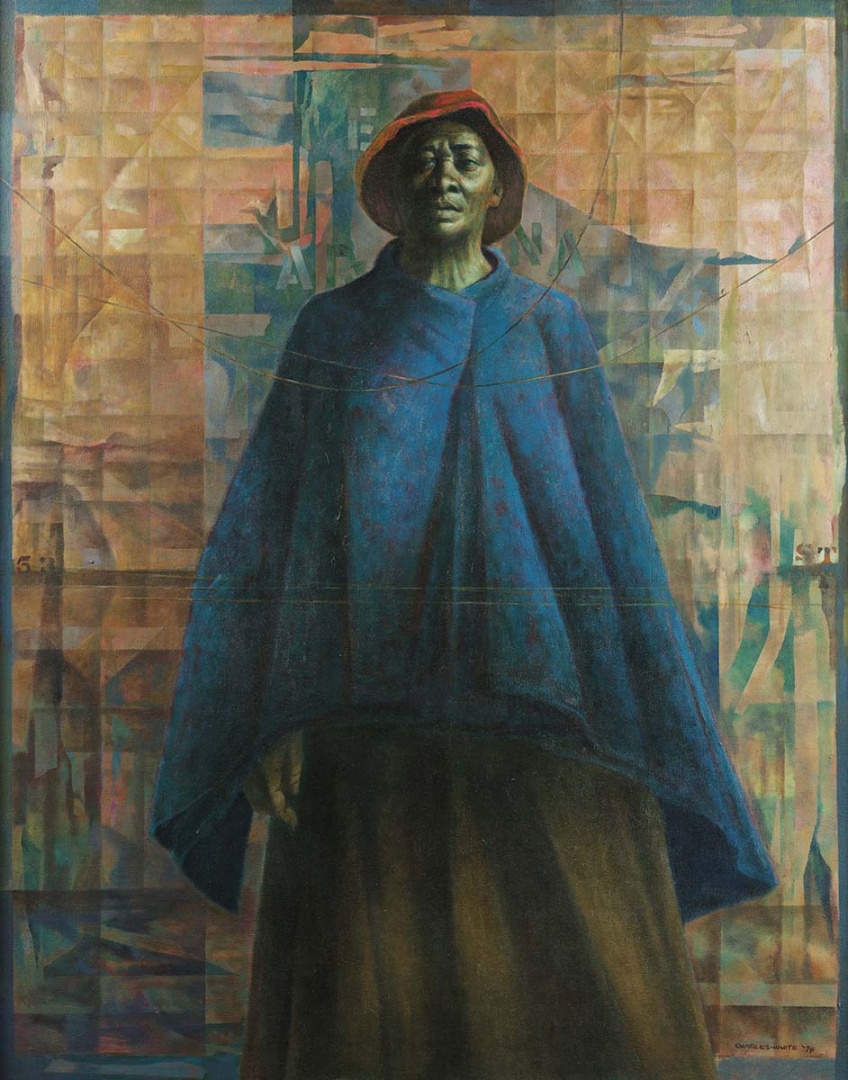 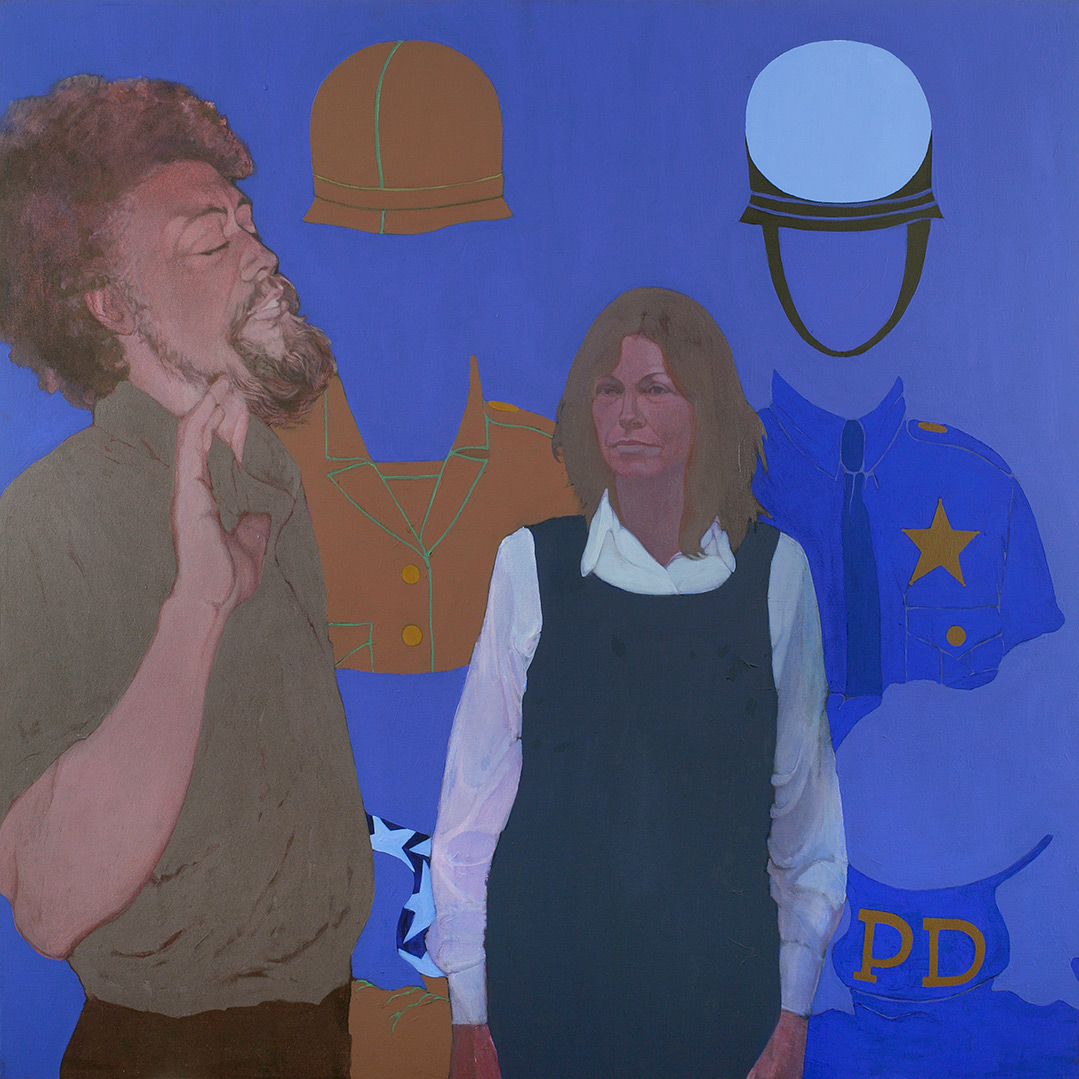 The final section of the exhibition, For America, moves from the late 20th century into the 2000s. Many of the artists featured are living today and represent America’s artistic traditions as well as 21st-century experimentation. Jaune Quick-to-See Smith’s (Salish Flathead)/Cree/Shoshone) mixed media work Snake Dance, 2011, is one of the most recent in the exhibition. The abstract piece includes fabrics of various colors, a Bronx subway map, an image of a rabbit, strips of text, and a depiction of Bugs Bunny’s feet. It also references the Hopi Snake Dance and dust clouds that form around the dancers as they move. A member of the Confederated Salish and Kootenai Nation, Quick-to-See Smith was inducted into the National Academy in 2011. She is the first Native American artist to become an Academician. 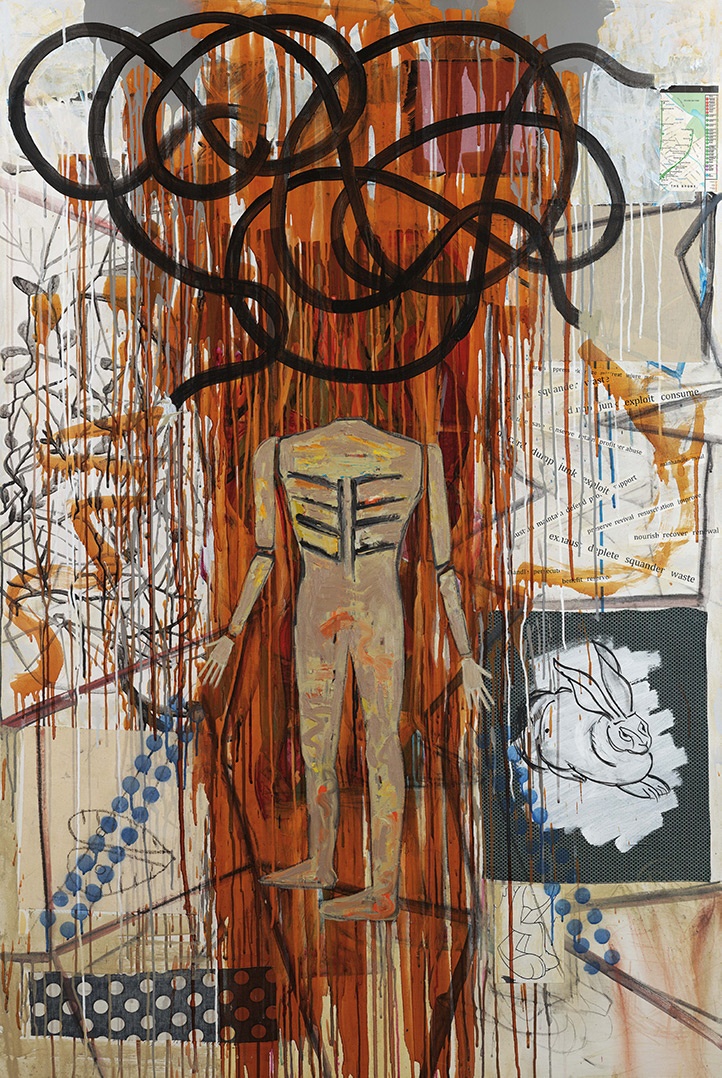 About the Author: Jayme Yahr, Ph.D., is Associate Curator at the Crocker Art Museum and a specialist in American art, with an emphasis on the late 19th and early 20th centuries. Yahr works extensively with the Museum’s photography, Native American, and American works on paper collections.