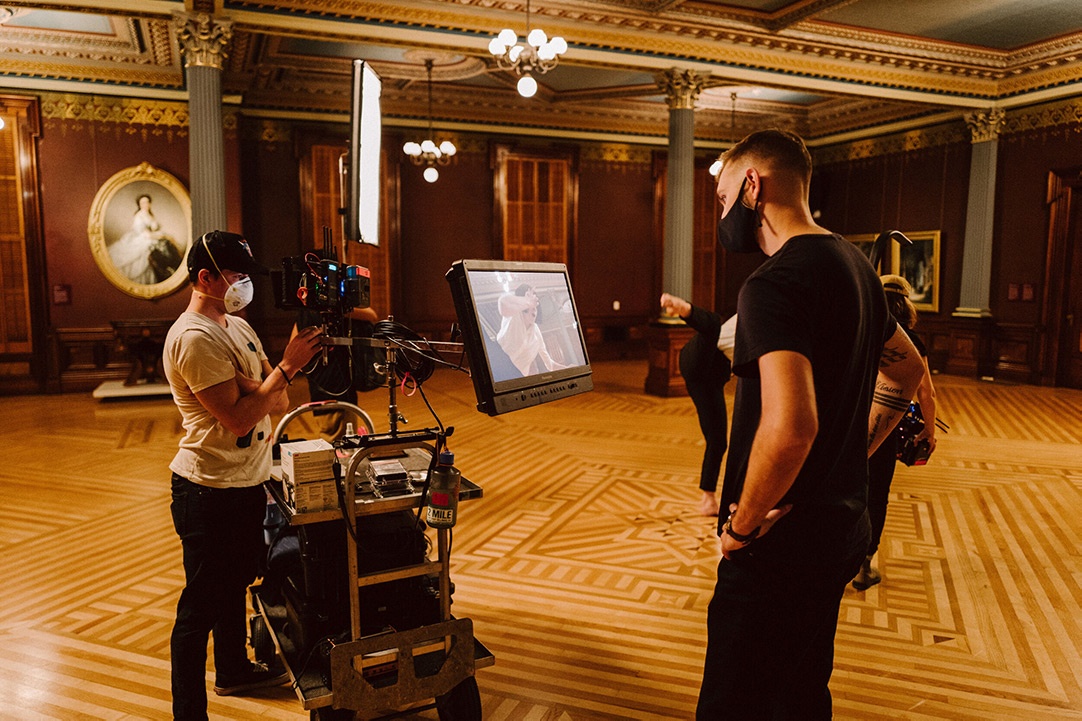 By Houghton Kinsman and Brian Hendershot


Last year, San Francisco-based director Adam Dillon asked if he could stage a short film about managing panic attacks in the Crocker's ballroom. The project emerged from Dillon's own experience with anxiety and panic attacks. “This film is my interpretation of what it’s like to have a panic attack, ultimately to get through it you have to dance with it.” We asked Dillon a few questions about the project. Our conversation has been lightly edited for clarity.

Why combine visual storytelling and dance to combat/raise awareness about anxiety and panic attacks?

My older sister grew up as a ballerina, so I spent most of my childhood watching dance. Out of that grew a love for movement and expression through the body. Anxiety and panic attacks are felt so intensely in the mind as well as physically. The only way I could tell the story was through dance.

Do you mind sharing, for those who have not had a panic attack, what it's like to have one?

Personally, a panic attack starts as a little drop of water internally — this uneasy feeling that you can't figure out. Then you think about it more and more, and the droplet turns into a wave. Adrenaline kicks in and it becomes a storm. It's a feeling of not being able to breathe, unable to calm yourself down, and a real sense of loss of control. It takes a long time to get out of it and can even knock me out for the rest of the day.

What about the Crocker made it an ideal location for the film?

I was born and raised in Sacramento; I've been to the Crocker multiple times throughout my life and always connected with the ballroom and its beauty. Ultimately, I wanted to find a space that represented the idea of the mind as a beautiful space, which can become dark and take us to those places. The space lent to both immense beauty and warmth and contrasted with the end of the film which is dark and closed off.

Can you briefly describe your process?

I knew I wanted to make a dance film about a panic attack ever since I had a panic attack in 2016. I just didn't know how to make it all come together. The idea took shape over the next few years and finally once I broke out into becoming a director this was the big project I wanted to tackle right away. I met the Crocker through the Sac Dance Lab when we were auditioning dancers and the team at the Crocker was great in helping make the project come to life. After a few months of preproduction, the shoot took place in November over the course of a ten-hour day of movie-making magic! 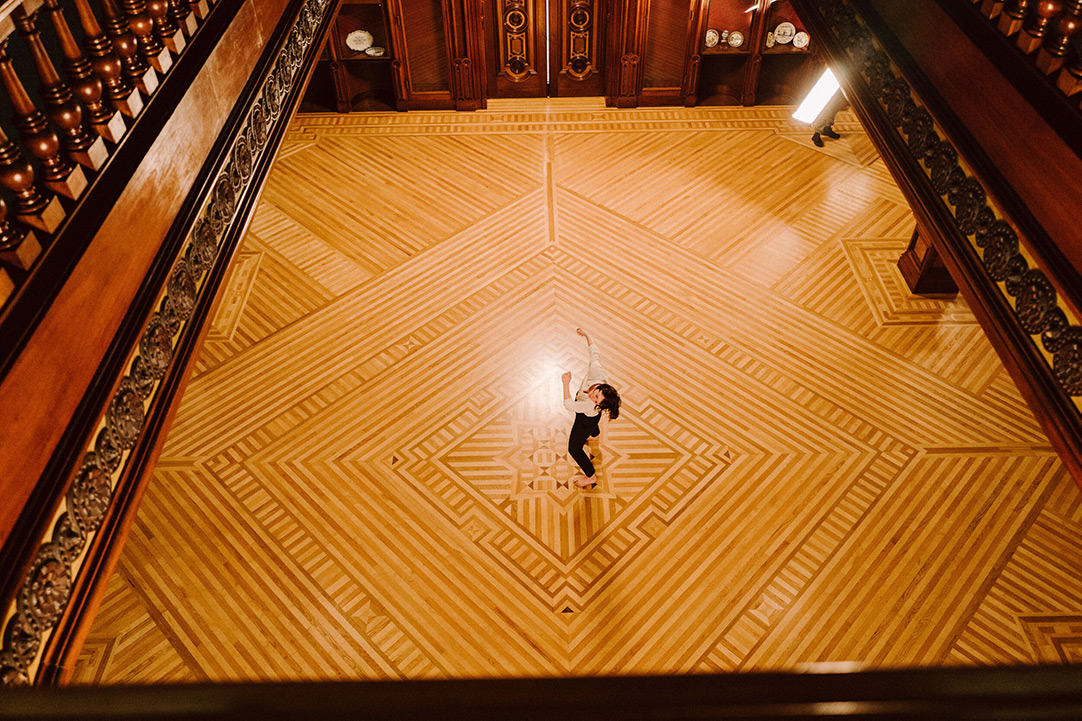 Having worked so passionately on this production, how does it feel to see the finished project?


To be honest, once the project was finalized my eyes watered: It was such an overwhelming feeling to have an idea from years ago finally come alive. The crew on this project was incredible and the main talent, Jayden, gave her all to the camera so none of it was possible without them. I hope it speaks to people who've dealt with anxiety to shine a light and let them know that they're not alone.

Adam Dillon ran PayPal's in-house photography studio from 2018-2020, before going on to build his own content studio, AD-Studio.co. He has shot for editorial icons like Harper’s Bazaar and Vogue Italia, brand campaigns for Venmo and Google, and worked with rock band Young the Giant and Cemetery Sun. SPIRAL is his first film. Click HERE to see more of Dillon’s work, including more behind-the-scenes shots.

SPIRAL– A film about panic attacks

Image credits: Behind-the-scenes shots of SPIRAL– A Film About Panic Attacks, courtesy of the director.

About the authors: Houghton Kinsman works as the Adult Education Coordinator at the Crocker Art Museum in Sacramento, California. He holds a Master of Fine Art in Art from the University of Cape Town, South Africa and has previously served as assistant to the Curator of Education at the Museum of Contemporary Art, North Miami. His writings have appeared in Art Africa, Contemporary And, Dazed and Confused, Frieze, and Artthrob.

Brian Hendershot serves as the Crocker's primary editor, writer, and occasional audiovisual editor. Before joining the Crocker, he was the Head of Communications at the Museum of the Red River in Oklahoma. He also sat on the McCurtain County Historical Board of Directors and the Crocker's MASS Action Committee. He received his MA in Communications at Drury University in Missouri.

Happenings: Local Arts Writing and the Poetics of Relation