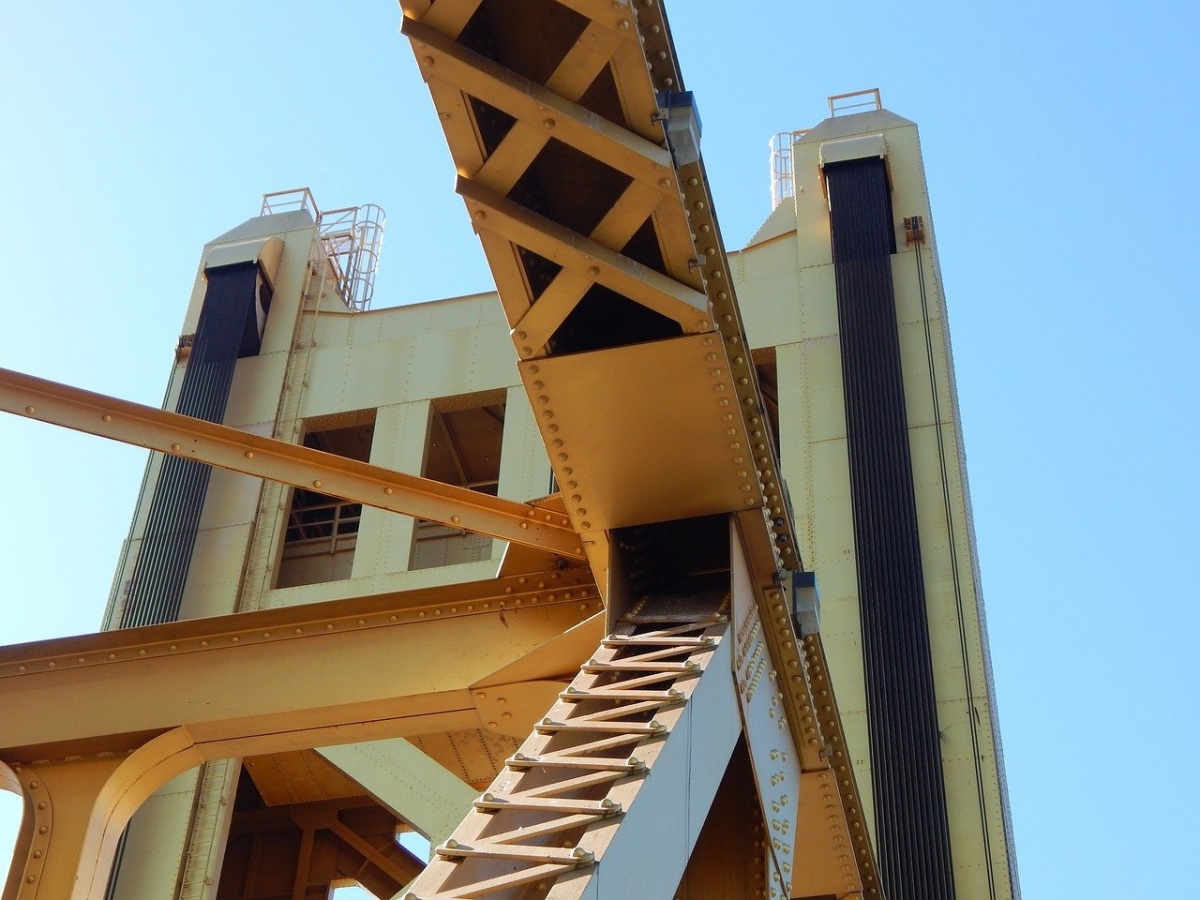 Our daily routines map our experience of Sacramento. The neighborhoods in which we live or frequent; the locations of our friends and family; the paths we use to commute; and what we do for entertainment all determine the places we know well and what remains hidden. The relationship we share with this City is fragmented. It is shaped and glued together by our lived experiences, and this mélange of hopes, dreams, pain, suffering, and celebration all collide daily to give life and character to a fabulously diverse City.

Bob Stanley, a former Sacramento Poet Laureate, describes his 2012 anthology of local poets, Late Peaches, as a “collective quilt of witnesses, dreamers, players, and workers . . . a quilt that covers this place we know woven from many images, sensibilities, and angles.” Stanley’s description is also an apt metaphor for the City — diverse, multilayered, and unique to each of us. The anthology itself is a nod to the way the City inspires its creative landscape and documents how creatives record and influence this place as it evolves.

This reciprocal relationship between local creatives and the Sacramento they call home is the focus of The (Un) Expected City. This experimental series has two objectives: Explore the ways in which creatives and the City of Trees influence (and have influenced) each other, and highlight how this City is a sprawling “quilt” of seemingly incongruous lived experiences and relationships that constantly evolves, stitch-after-stitch.

This is not a series about Sacramento as a character or topic — the film series A Place Called Sacramento has that covered. Nor is it about Sacramento as a connector to national and global filmmaking culture. The Sacramento International Film Festival expertly fulfills that role. The (Un) Expected City is also not a comprehensive view of the City, but rather, a series that challenges us to reconsider our perceptions of it through the parts — known and hidden — as explored by local filmmakers.

Over the next four days The (Un) Expected City presents five short films under the following headings:

Each day begins with rare archival footage from the Center for Sacramento History’s Moving Images Collection that relates to the film being screened. What you decide to watch first, footage or film, is up to you, a decision key to the (un)expected nature of this experience.

The (Un) Expected City is curated by Dan Janos and is a collaboration between the Crocker, the Center for Sacramento History, the City Film Office, and the Office of Arts and Culture.

Join us for a “live screening” and panel discussion on Saturday, April 17 at 2 PM where you can share your experience of this series.

In a recent article for Harpers Bazaar, Fran Leibovitz wrote, “Everything changes in New York. That is the essence of a city.” Sacramento is changing, but then again, it has always changed. That’s why whatever it will become next is so (un)expected.

Thank you for supporting The (Un) Expected City. The films will be up through May 15. The Museum thanks the filmmakers, numerous local cultural practitioners, and community partners, who helped make this series possible.

Want to read more about local creatives and the Sacramento they inhabit? Preorder your copy of the Articulator — a collection of narratives that “capture the challenges and opportunities in growing and sustaining Sacramento’s creative communities.”

Visit the links below to support local film organizations or for more information on the local film community:

The land is a city’s physical foundation. Its inhabitants are stewards of that foundation. This reciprocal relationship is both life-sustaining and precarious: As nature changes the land, the city is forced to adapt; as the city is built, destroyed, reimagined, and given new life, the land is altered.

Sitting on the wetlands of the Sacramento-San Joaquin Delta, Chinese and Japanese immigrants were central to Isleton’s early development. Their work building the levees and dikes; establishing and cultivating the newly created farmlands; as well as owning and operating businesses in a vibrant downtown turned Isleton into a small but bustling agricultural and cannery town. However, the devastation of regular flooding, along with political events like the Japanese internment during World War II, combined with years of subsequent bureaucratic mismanagement, has severely altered Isleton. Today, as Main Street seeks to reinvent itself, its relationship to the Sacramento River and the Delta continues to present both an environmental challenge and a potential economic boon. The story of Isleton is a reminder of the complexities of the relationship between land/city and those who steward it.

On the final day of The (Un) Expected City, archival footage of the Isleton Flood of 1972 connects two works, At the Sound of Your Voice, by Jenny Stark and Inside Idle No More: Sacramento, by Asata Radcliffe. In Stark’s adaption of Doug Rice’s text, Between Appear and Disappear, grainy images of the Delta are juxtaposed alongside a narrator’s fading memories of war and flooding, whilst Radcliffe documents a peaceful global revolution committed to “honor Indigenous sovereignty. And to protect the land and water and sky.”


The land is a city’s physical foundation. Its inhabitants are stewards of that foundation. This reciprocal relationship is both life-sustaining and precarious. On the final day of The (Un) Expected City, archival footage of the Isleton Flood of 1972 connects two works, At the Sound of Your Voice, by Jenny Stark, and Inside Idle No More: Sacramento, by Asata Radcliffe.


Jenny Stark has screened work at the Chicago Underground Film Festival, New York Underground Film Festival, South by Southwest, Aurora Picture Show, Houston, the Museum of Contemporary Art, Mexico City, the Museum of Contemporary Art, Washington DC, The Crocker Art Museum, the LA Film Forum, and the Viennale, Vienna. She is the coordinator of the Film Program at Sacramento State where Ryan Coogler received his undergrad before attending USC. She lives in Davis, CA.


Asata Radcliffe is a writer and multimedia artist. A California native, Asata received her MFA in Creative Writing (Fiction) from Antioch University in Los Angeles. She writes speculative fiction and essays. Her creative work culminates as multimedia collections of speculative art installation, merging writing, film, and form. Her work invites one to experience the interstitial spaces of speculative landscapes and surrealist futures. Concerned about the planet, her research includes topics of land ethics, futurism, and the nonlinear narratives of human existence. She currently lives and teaches in Portland, Maine.

Labor, migration, immigration, and gentrification reinforce the ways in which cities are constantly in flux. Moving, adapting, being built, and rebuilt, cities constantly evolve. Day three of The (Un)Expected City, considers the relationship between those who build the city and those who decide how it is built. Archival footage of the redevelopment of Capitol Mall from the 1950s is juxtaposed with Andres Lira’s film, Primero Sueño, a multi-layered exploration, detailing the complex stories of immigrants working in California’s farmlands.

Primero, Sueño will be screened live on Saturday, April 17, and will be followed by a panel including Lira, City Film Commissioner Jennifer West, and Cultural and Creative Economy Manager, Megan Van Voorhies. Join the program at 2 PM on YouTube Live as the panel discusses their work and where they think the City is headed creatively.

Labor, migration, immigration, and gentrification reinforce the ways in which cities are constantly in flux. Moving, adapting, being built, and rebuilt, cities constantly evolve. Beginning with archival redevelopment of Capitol Mall from the 1950s, Day Three of The (Un)Expected City, considers the relationship between those who build the city and those who decide how it is built.

Andres Lira is a first-generation student attending Sac State studying film production. He is a direct descendant of immigrants, the first to attend a university in his family, and is sharing the experiences of those whose voices often go unheard of through his work as a filmmaker and artist.

Panel Discussion: The Future of Film in Sacramento

Primero, Sueño will be screened live on Saturday, April 17, and will be followed by a panel including Lira, City Film Commissioner Jennifer West, and Cultural and Creative Economy Manager, Megan Van Voorhies. Join the program at 2 PM on YouTube Live as the panel discusses their work and where they think the City is headed creatively.

Without the residents that enliven it, the urban landscape is just a collection of empty buildings.

Karlos Rene Ayala’s film, Brother Leroy, sets the tone for The (Un) Expected City’s second day. A moving portrait of Leroy Dauphine, Ayala weaves through Dauphine’s life and explores the unlikely bonds he formed along the way. Images of Dauphine’s iconic car gliding through Sacramento anchor a film that celebrates one of the many stitches in Sacramento’s sprawling quilt.

Without the residents that enliven it, the urban landscape is just a collection of empty buildings. Day Two of The (Un)Expected City focuses on the people who make Sacramento unique.

Growing up in swatches of uncertainty between El Salvador, Los Angeles, and Sacramento, a turbulent and generally lonely upbringing informs Karlos Rene Ayala' s seeking of family in strangers often living on the fringes, identifying often with the wounded, the rejected, the unseen, and the outrageous. Karlos seeks family in his kinship with strangers through his photography, documentary, and writing; he makes work for, and about, common people in a polluted world.

Day One: Politicking in the City

Sacramento is a government town. It’s one of the City’s most characteristic traits. The hordes of state workers and the plethora of state buildings are constant reminders that much of California’s political agenda is determined here. Sacramento is also an activist town. Incongruent ideologies butt up against each other on Capitol Mall and drive marches through the City’s neighborhoods. It’s this spirit that has positioned Sacramento as an invaluable platform for some of this country’s most respected activists, such as Cesar Chavez.

In many ways, politics is what Sacramento knows best — it’s intrinsically woven into the fabric of the City. A daily collision occurs between activism and the politicking that happens on the Legislative floor or in back rooms at Frank Fats and Simons. As the Mall intersects with the Capitol, activists, and politicians face off; legislation is scrutinized under the loudspeaker; and policy is shaped — all of which force democracy to shift and undulate.

The (Un) Expected City begins with the familiar cacophony of sights and sounds of clashing political ideologies. In a montage of archival protest footage, images of the Black Panthers in the halls of the State Legislature and on the steps of the Capitol nestle up against the words of Ronald Reagan, and the sounds of student and abortion protests in 1970 at the Capitol. This footage is juxtaposed with Tomás Montoya’s film, Bring the Dance, Leave the Guns where viewers are guided through six fragmented narratives of anger, disillusion, and hope as Montoya meditates on the will to fight in a film that is remarkably relevant at a time when ideological activism is in overdrive.

The (Un) Expected City begins with the familiar cacophony of sights and sounds of clashing political ideologies.

Tomás Montoya is a visual artist, poet, filmmaker, and community worker born in San Francisco and raised in Sacramento. Since 1998, Tomás has exhibited in solo and group exhibitions in Sacramento, San Francisco, Los Angeles, and San Diego. Through the mediums of film and photography, Tomás looks to combine his skills as a visual artist and writer to create works that document and celebrate the cultural and artistic diversity of the Sacramento region. 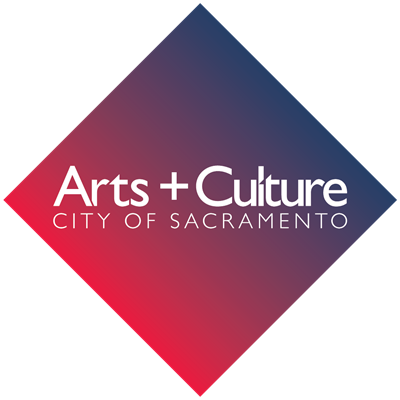