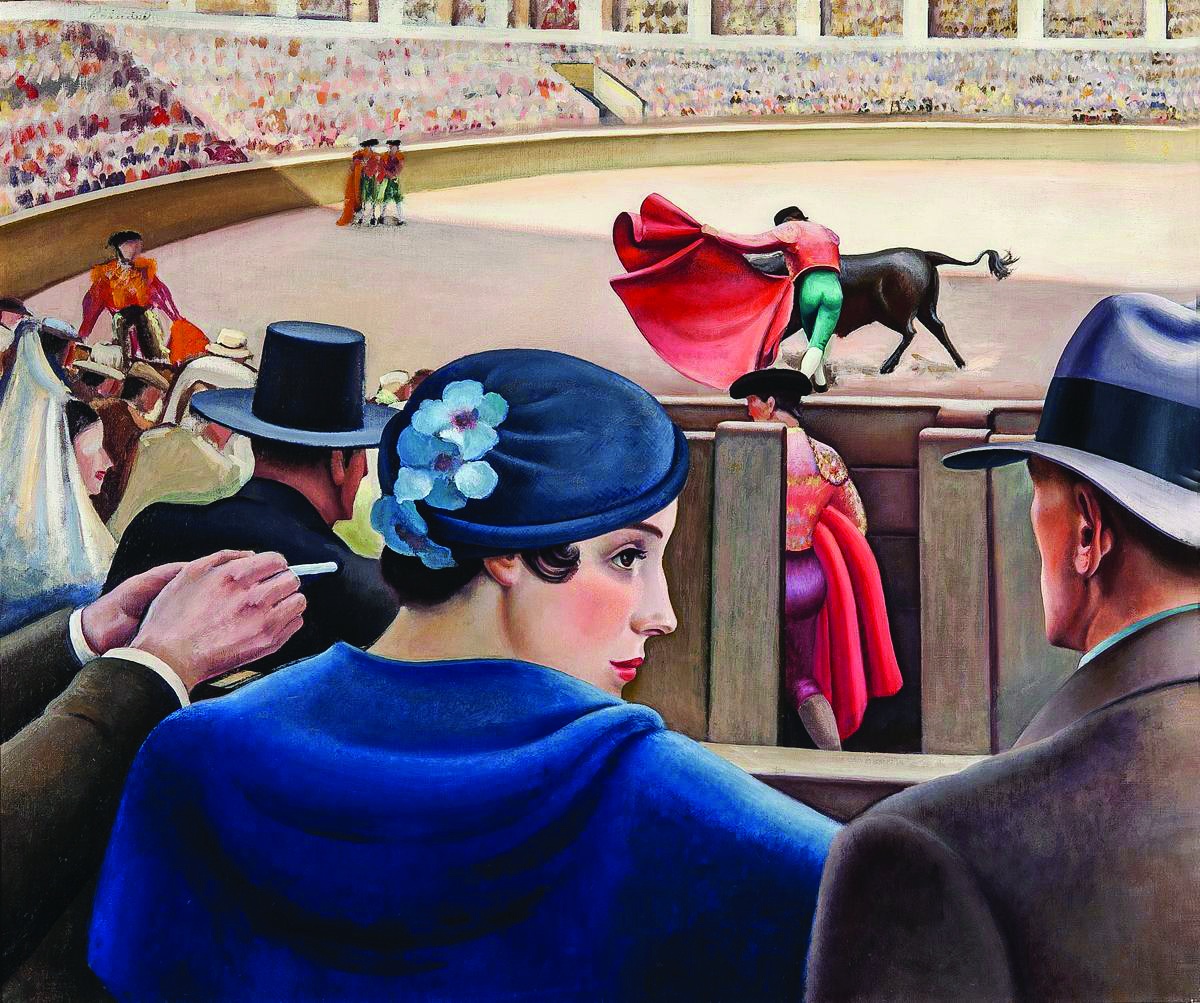 On August 16, 2019, Lial Jones celebrated 20 years as director and CEO of the Crocker Art Museum. In recognition of this occasion, members of the Crocker’s board of directors, Director’s Circle members, docents, and others acquired a painting in her honor.

The painting is by Edna M. Reindel, an artist who came to California from the East Coast and whose work is included in important museum collections nationwide. Born in Detroit, Reindel started taking watercolor classes locally before moving to New York. There, she trained at Pratt Institute in Brooklyn, graduating in 1923. For a time, she worked as a freelance book illustrator and, in 1926, won a Louis Comfort Tiffany Foundation Fellowship that allowed her to spend summers painting at Laurelton Hall, the Tiffany estate on Long Island. There, she met and became friends with artist Luigi Lucioni, whose tight, meticulous painting style influenced her own.

In 1937, Reindel moved to San Fernando in Southern California to help care for her sick brother. Following his death three years later, she settled in Santa Monica and established herself as a portraitist of Hollywood stars and their families. The Los Angeles County Museum of Art accorded her a solo show in 1940, and three years later LIFE magazine commissioned her to paint a series of works depicting women’s contributions to the war effort.

Reindel’s painting The Bull Fight exemplifies the artist’s signature realist-surrealist style (she described it as a “pyscho-realist” style), which is typical of an approach that many artists pursued in the 1930s and 40s. The painting attests not only to Reindel’s technical skills, but to her abilities as a storyteller. The true subject of the painting is not really a bull fight as the title suggests, but a woman in blue, who is perhaps loosely based on Lady Brett Ashley from Ernest Hemingway’s 1926 novel The Sun Also Rises. Though encircled by men, she remains independent and self-secure — a compelling personality in an otherwise faceless crowd