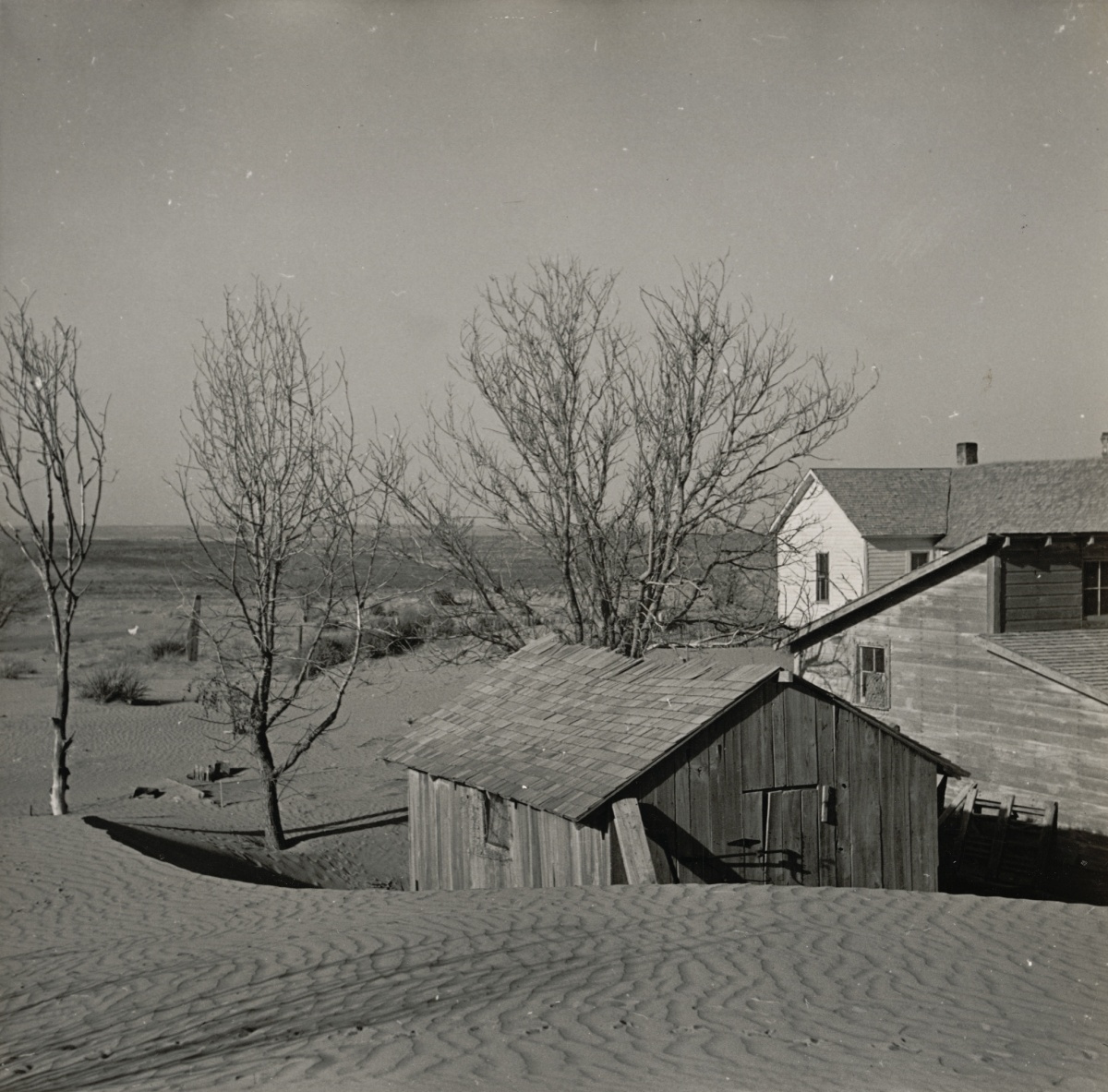 On view in the Crocker Art Museum’s new photography space on the third floor, near the contemporary galleries, is a selection of photographs that show the land, homes, and life of Depression-era America. Drawn from the Museum’s collection of more than 1,000 photographs, the selection includes gelatin silver prints by famed artists Brett Weston, Lewis Hine, Marion Post Wolcott, Arthur Rothstein, and Peter Stackpole.

As a series, these photos reference the Dust Bowl, New Deal, photojournalism, and the ways in which artists shaped popular magazines such as LIFE, Look, and Parade. Together, these images also ask viewers to consider what role the government has traditionally had in producing images that “record” the country’s history and fill the popular imagination. This also raises the question: Can a photograph be both documentary evidence and art? 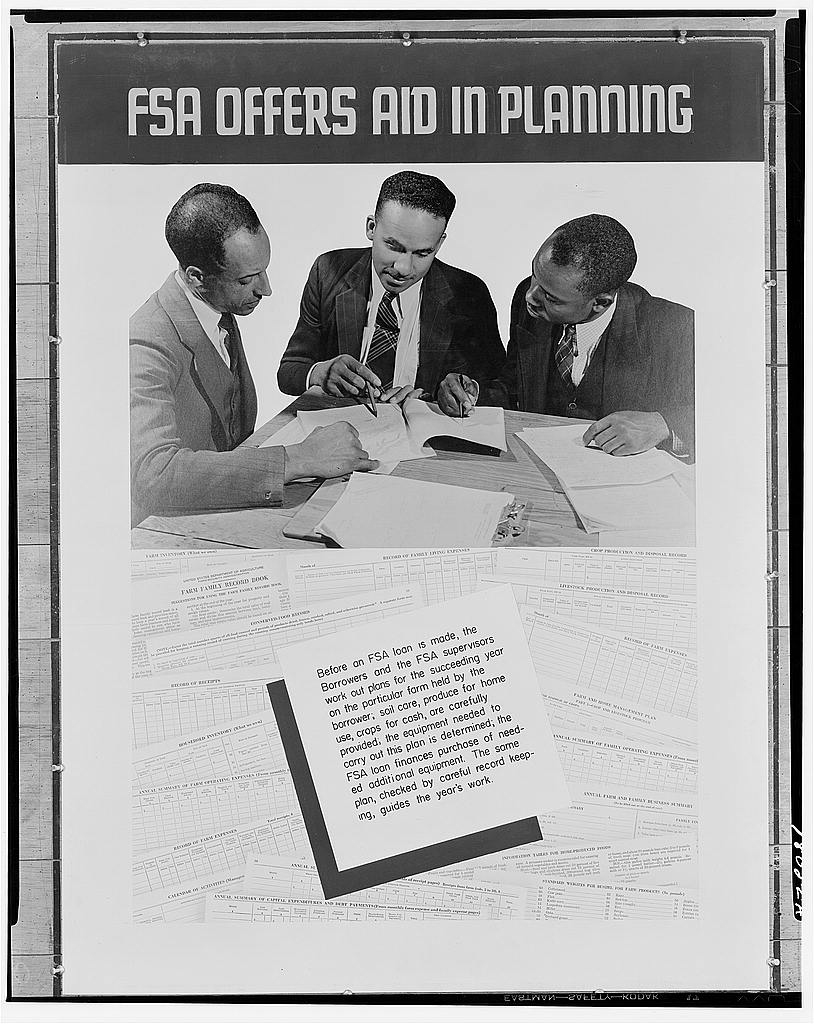 Stryker sent photographers on assignment, much as National Geographic or a fashion magazine might do today. Shooting scripts were used to plan itineraries through different states and cities, as well as the types of images that the agency was keen to acquire. They often suggested that photographers capture farms, buildings, rural towns, human interest stories, and basic utilities, while at the same time providing a time frame for completion of an assignment, such as one month or three months. 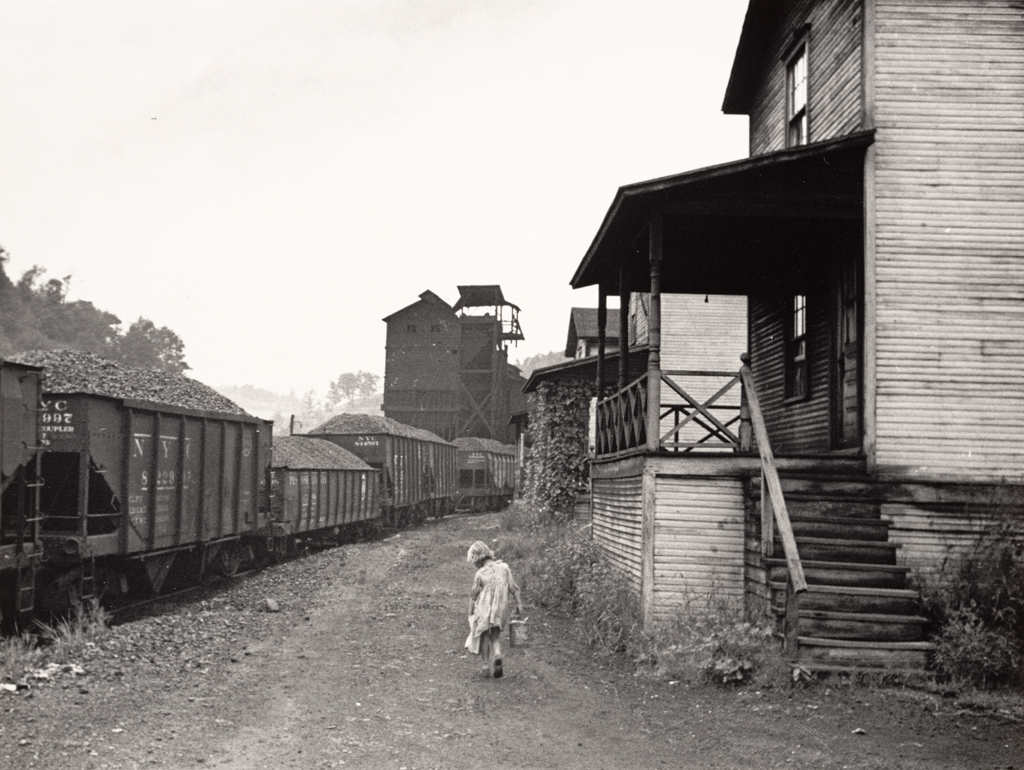 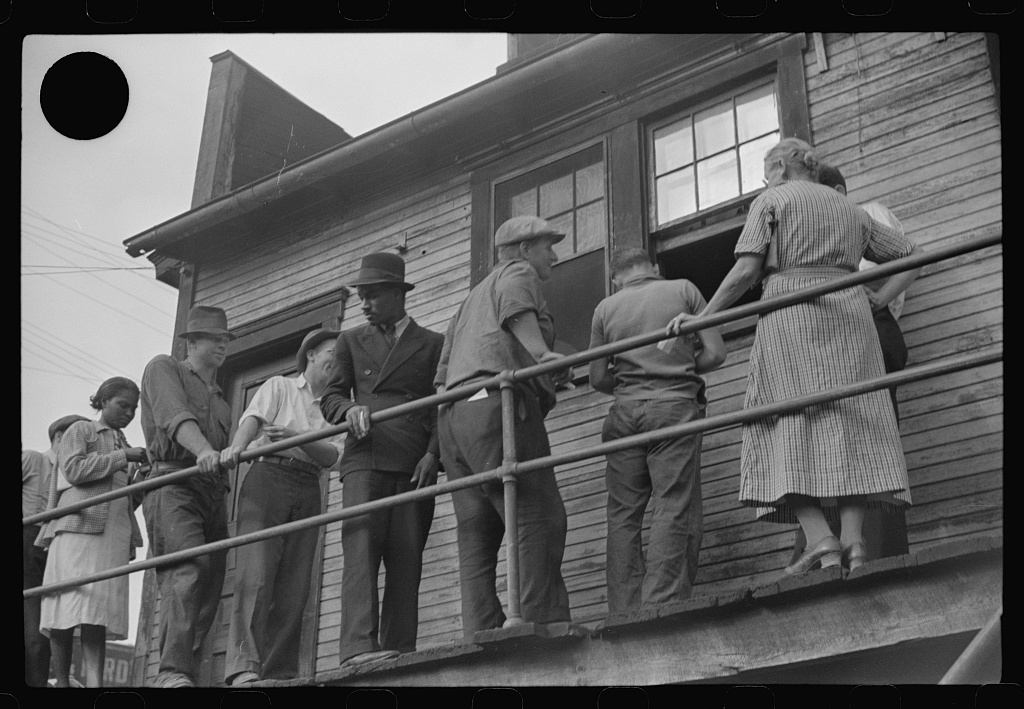 Photographers in the field mailed negatives back to D.C. where Stryker would look through them and decide which images would be turned into photographic prints and which would be “killed.” In his early years, Stryker punched a hole through negatives that would not be printed, resulting in a trove of images marked by mysterious black circles. The two Marion Post Wolcott images shown here represent a photographic print, Coal Miner’s Child Carrying Home Can of Kerosene, Scott’s Run, West Virginia , 1938 (printed 1977), and a “killed” negative captioned with Payday, coal mining town, Osage, West Virginia . Negatives were captioned first by the photographer and then edited by Stryker or D.C.-based staff members. Headquarters then sent the photographic prints to magazines, newspapers, exhibitions, and publishers.

It has been said that photographer Lewis Hine (American, 1874–1940) was interested in working for Stryker but was never hired. It is possible that Hine was denied a staff position because he refused to give up control over his negatives. Although he did not work for Stryker during the Great Depression, he did photograph drought relief in the South for the American Red Cross. A nonprofit, the Red Cross fulfills duties assigned by the federal government through its status as a congressionally chartered organization. Mountaineer, Eastern Kentucky, Cooking Bacon, Drought , 1931, is part of Hine’s Red Cross work. 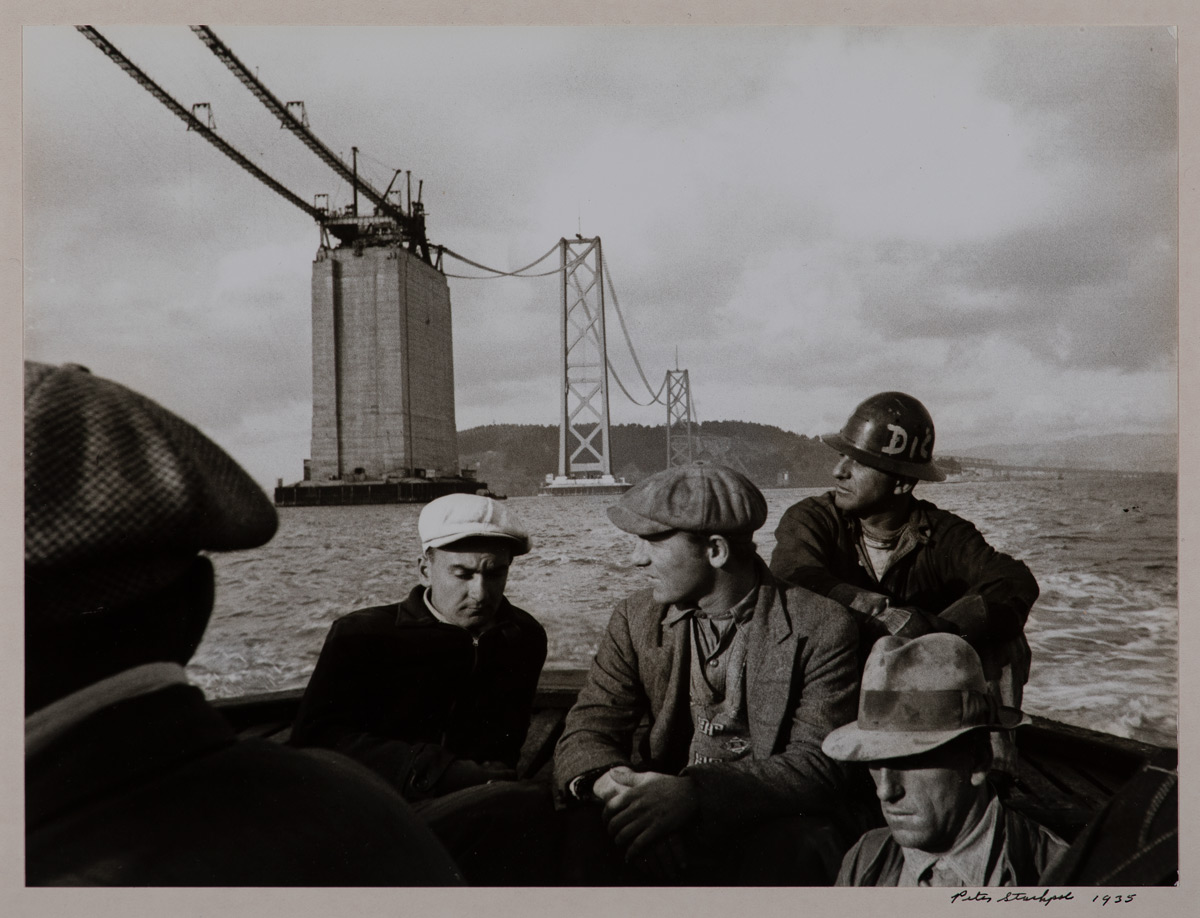 Not all photographers working during the 1930s and 1940s were government employees. Working primarily from California, Peter Stackpole and Brett Weston were associated with Group f/64, which advocated for the use of a small aperture setting on a large format camera to create “straight” photography with a sharp focus. Stackpole, an honorary member of the group, looked to the construction of the San Francisco-Oakland Bay Bridge as an embodiment of Group f/64 ideals. Edward Weston, a founding member of the group, explained that, “The camera should be used for a recording of life, for rendering the very substance and quintessence of the thing itself, whether it be polished steel or palpitating flesh.” 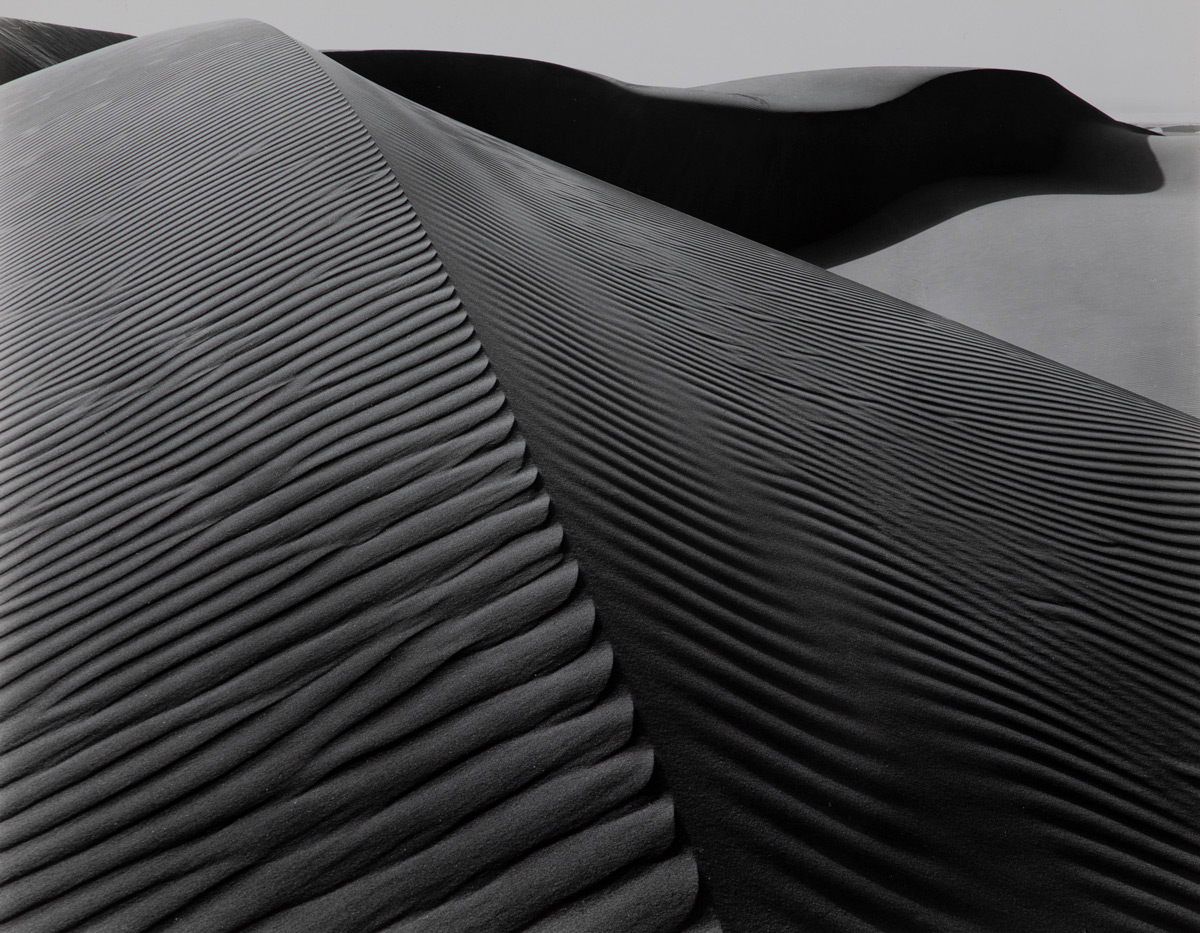 Brett Weston’s work, Dunes, 1947, reshapes the question: what is document versus art? Does the photograph merely document the wind-swept dunes of Oceano, California? Or does the lack of connection to a government agency, shooting script, or documentary goal make this image “art”? Weston returned to the dunes throughout the 1930s and 1940s to capture the landscape in differing light and high contrast. The repetition of patterns seen in Dunes is similar to the repetition of patterns found in Arthur Rothstein’s Dust Bowl Farm (see image at top), circa 1936–1940.


Dust Bowl. Home. Land is a small part of a larger and ongoing conversation about Depression-era photography and the intersection of documentation and art.

Jayme Yahr, Associate Curator at the Crocker Art Museum, is a specialist in American art, with an emphasis on the late 19th and early 20th centuries. She has published numerous articles and book chapters on the Century Illustrated Monthly Magazine and New York’s Gilder Circle, which included such artists as Louis Comfort Tiffany, Albert Pinkham Ryder, and Cecilia Beaux. Additional areas of expertise include American works on paper, photography, and Native American art. Yahr holds a M.A. in Art History from the University of California, Davis and a Ph.D. in Art History from the University of Washington. Recent curatorial work includes exhibitions such as Picturing a Passion; Open Roads and Beside Tables: American Modernism in the Frye Collection; On Arctic Ice: Fred Machetanz; Northern Latitudes: The Frye and Alaska; and Transatlantic: American Artists in Germany at the Frye Art Museum and Clay? IV; Neal Fryett; Ted Hiebert: Excerpts from the Library of Babel; and Social Security at Kirkland Arts Center in the Seattle area. Prior to joining the Crocker Art Museum, Yahr designed and directed university-level Museum Studies programs in New Hampshire and Minnesota.

Get Snapping for Photography Month Sacramento in April!