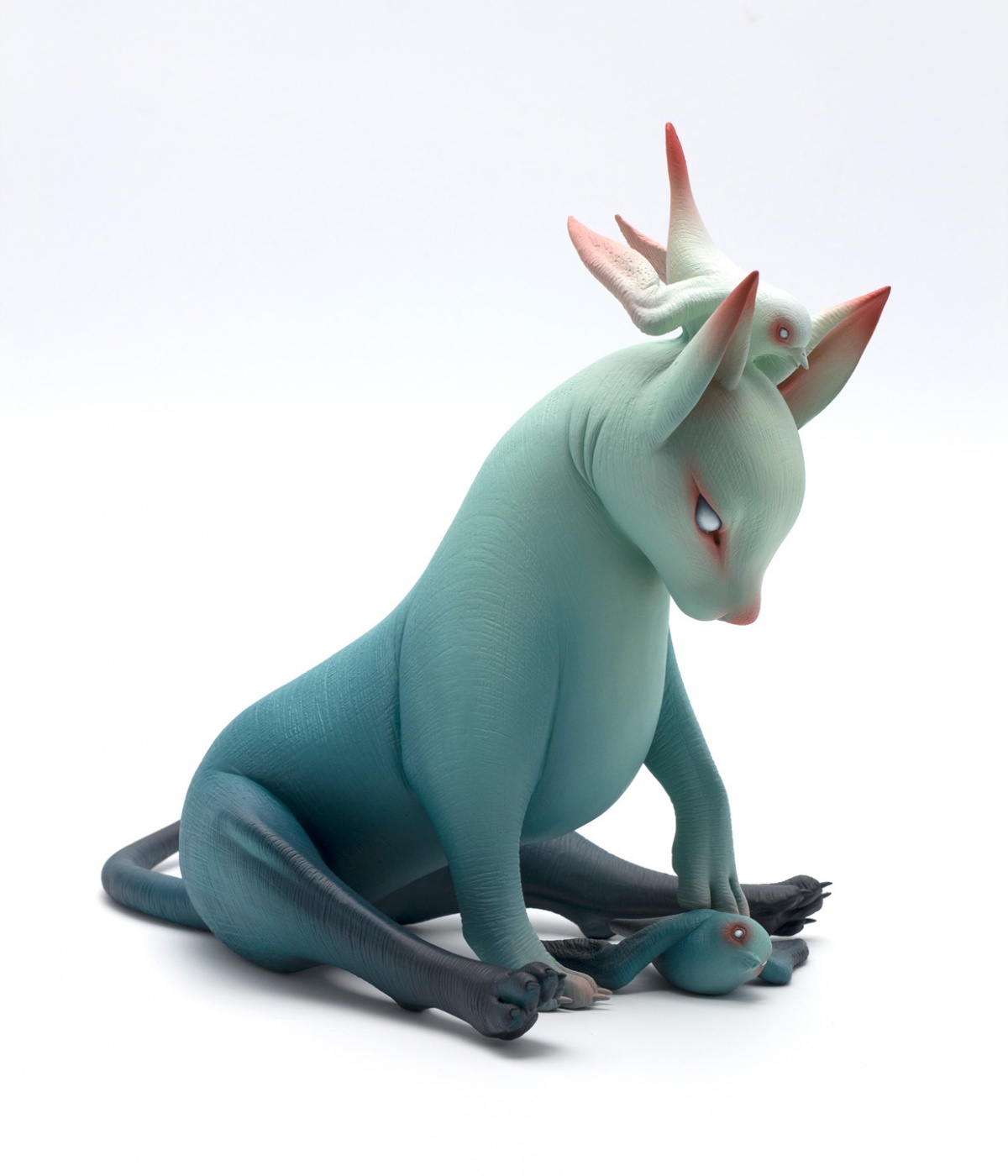 Pottery — and by extension ceramics — is one of the world’s oldest, most versatile art forms. A single change, at any stage, creates a noticeable effect. Unsurprisingly, ceramics are one of the most dynamic parts of contemporary art, and today, many studio artists push the boundaries of what was historically a utilitarian medium. The Crocker's collection of studio ceramics reflects this tendency and is regarded as one of the best in the nation.

Cool Clay: Recent Acquisitions of Contemporary Ceramics provides a look at six decades of ground-breaking work in studio ceramics. Each artist represented in the exhibition interacts with the medium differently, yet all embrace ceramic's experimental and playful nature.

Kaneko's Untitled Platter is somewhat unusual due to its relatively minimalistic nature. However, it's no less elegant than his larger, more well-known works. The ceramics on view by Scheier are also atypical because they were thrown and decorated without his wife’s assistance. 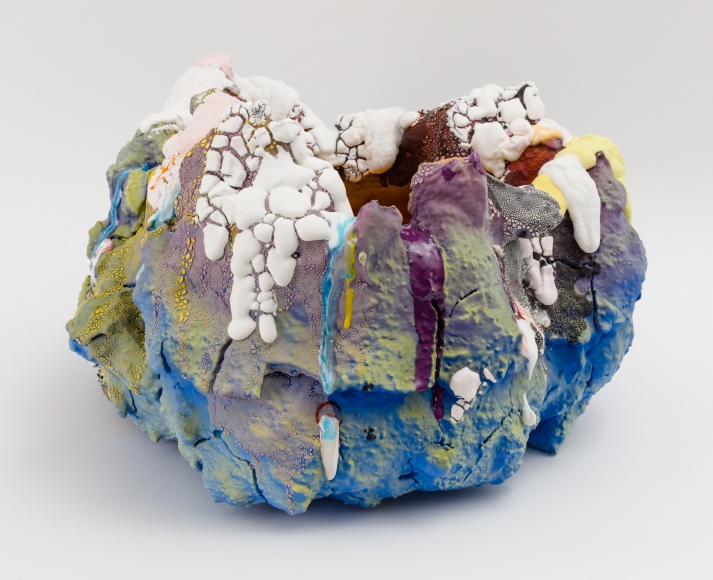 
Artists like Sergei Isupov (Russian, born 1963) takes pride in creating “disquieting” works of art. Others, like Peter Olson (American, born 1954), push the field to its very limits. Olson, a trained photographer, collages and encases his own photographs onto ceramics. Once the vessel is fired, the prints burn away, leaving behind a sepia-tone image.

Some artists, like Tony Marsh (American, born 1954) and Brian Rochefort (American, born 1985), interact with clay on a primal level. The works in Marsh’s Crucible Series Jadeite refer to heat-resistant crucibles and the ceramic tradition as a whole. Yet the Crucible series, encrusted with glaze, is neither industrial or functional. Rochefort’s work also resemble decomposed volcanic rock. Unlike Marsh, he achieves the effect by breaking unfired clay objects and rebuilding them with more material.

Like those before them, these artists will take the medium to new and unexpected heights. Who knows what the next exhibit of contemporary ceramics will contain?