​CHAM Highlight: Ling-Yen Jones and the Art of the Box 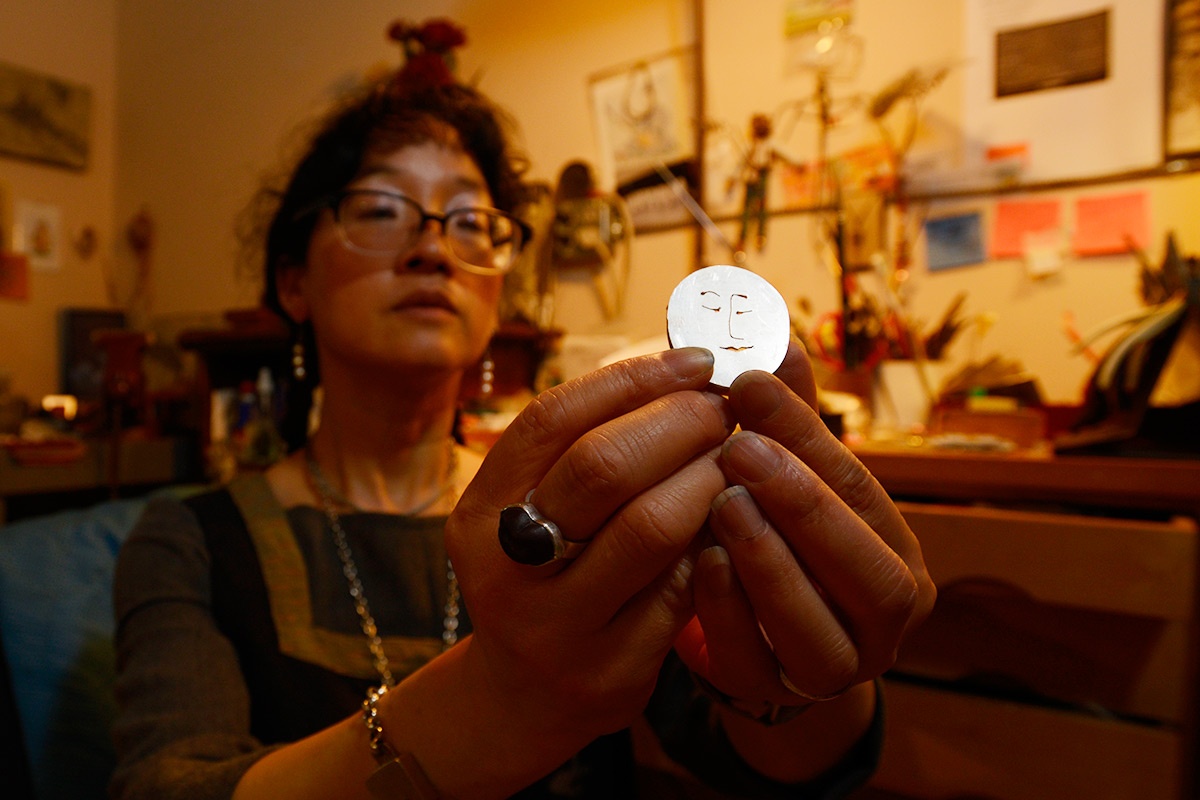 
This year's Crocker Holiday Artisan Market (CHAM) has been cancelled due to Covid-19. In recognition of the unique, financial constraints members of the creative community are facing, we're highlighting five artists we think best represent the show. You can see the entire artist directory by clicking here. This year, 100-percent of the proceeds will go to the artists. Be sure to read last year's roundup as well! Like what we're doing? Consider shopping the Museum Store or giving the gift of membership this holiday season.

It's not uncommon for Asian Americans to feel like outsiders in a group of perpetual outsiders. America has long viewed the Asian diaspora with distrust, especially during times of great societal change or stress. Unsurprisingly, our parents often stress the importance of cultural assimilation, of fitting in. (My mother even gave me a "white" name to help me fit in.) Unfortunately, back “home” isn’t always better. You may look like Asian, but you’re still a gyopo, a hāfu, an ABC — an object of curiosity that doesn’t quite fit in.

"Ultimately, you don't need to know any of this to appreciate Ling-Yen Jones’s deceptively simple jewelry. However, it makes what she created all the more impressive.

Asian Americans — a term that masks profound differences for the sake of representation — must constantly navigate a complex, constantly shifting racial hierarchy. The verbal lashing I received from a Koreatown ajumma for dating a Chinese girl rivaled some of the vilest racial epithets hurled in a small city with an active KKK chapter. However, dating that same girl might have been expected elsewhere; we did, after all, “look the same”. And unfortunately, there's no rubric for navigating these complexities.

Ultimately, you don't need to know any of this to appreciate Ling-Yen Jones’s deceptively simple jewelry; each piece stands on its own. However, it makes what she created all the more impressive. “My culture does influence my art," she notes, "But it wasn't easy. I had to grab it." 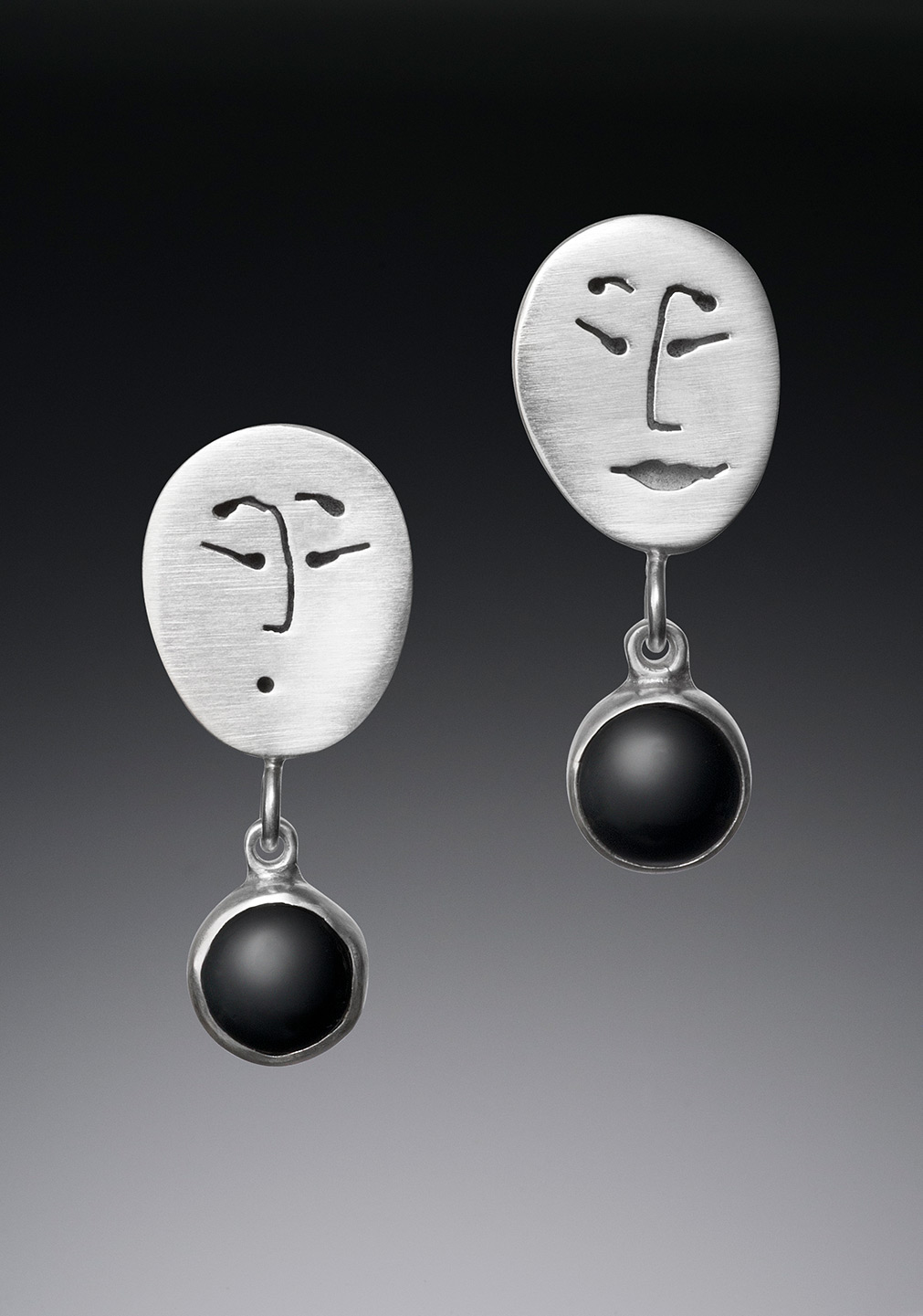 Jones draws heavily from various East Asian cultures for most of her work, notably ukiyo-e woodblocks — depictions of ordinary people that flourished in Japan from the 17th century to the 19th century. It's an influence that stems both from a personal interest and a disastrous attempt at a chiaroscuro, a compositional technique that utilizes clear tonal contrasts to create light and depth. "I took classes in it. I did horrible at that. When you look at a woodblock print, they have five lines that describe the face, the eyes, the eyebrows, the face, and the mouth. And I was just like ‘Oh, I’ve got it. I can do that. You don’t have to be Mr. Rembrandt. But you don’t have to be Dali either. There’s a happy medium.’”

Her admission obscures how complicated her work actually is. It's often the simplest things that take the longest; such projects demand nothing short of meticulous perfection. In Jones’s case, a single clasp can take upward of eight hours — assuming she doesn’t break any of her saws, which are the size of a single hair. “I do have quite a sharp tongue sometimes because they do break . . . I buy them by the gross.” Jones also does everything by hand so that people can feel the “sensuousness, texturing, lifeness” of her work.

Equally important to her work — particularly her hollow form jewelry — is the notion of a box, which she likens to windows in a house. “I love the idea of the box. I’ve never understood it. I’ll find boxes at the store and I’ll purchase it, because I like the idea of what it contains. I’ve always liked the idea of something that can be held in something.” 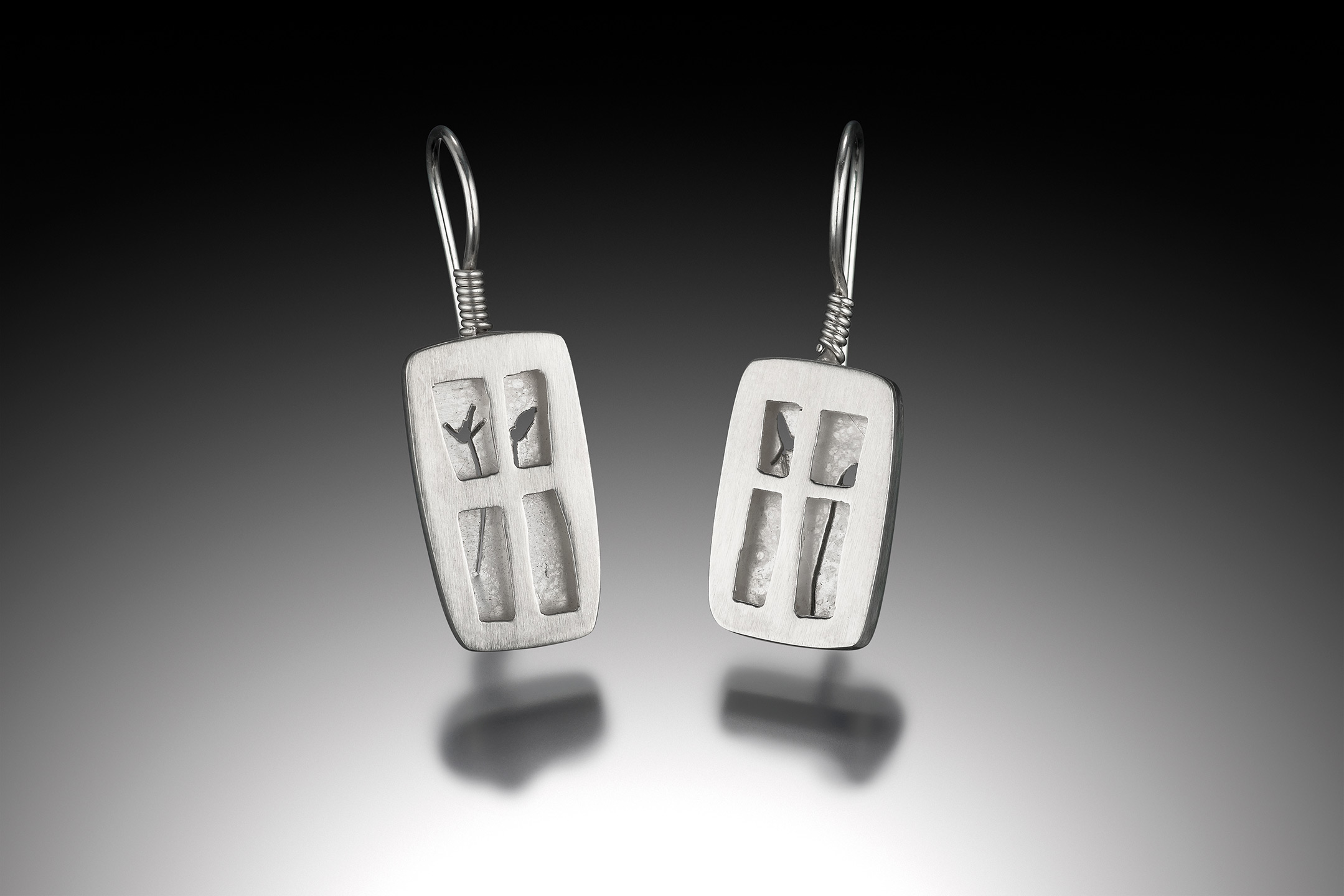 Jones could have taken a different path as an artist. She attended Humboldt State University, where she studied both ceramics and painting. But neither worked for her. Both were too unwieldy. Perhaps just as importantly: Jewelry often plays a role in the immigrant experience. “People, when they had to escape their country, they often put their jewelry in the lining of their clothes and then they could use that as a way of paying people off or whatever . . . I met a Jewish woman who had these incredible earrings and I just said, ‘Wow those are fabulous’. And she said, ‘Yes, my mother bought them and when you open them, you put a cotton ball with perfume on it and then you can put it back in your ear . . . I think these held diamonds.’”

You can find Ling-Yen Jones’s latest work on her Etsy page. Additional information, including contact information, is avialable on her website.


Top image: Ling-Yen in the studio. Image by H. Kelley. All images courtesy of the artist.

About the author: Brian Hendershot serves as the Crocker's primary support editor, writer, and occasional audiovisual editor. Before joining the Crocker, he was the Head of Communications at the Museum of the Red River in Oklahoma. He also sat on the McCurtain County Historical Board of Directors and the Crocker's MASS Action Committee. He received his MA in Communications at Drury University in Missouri.