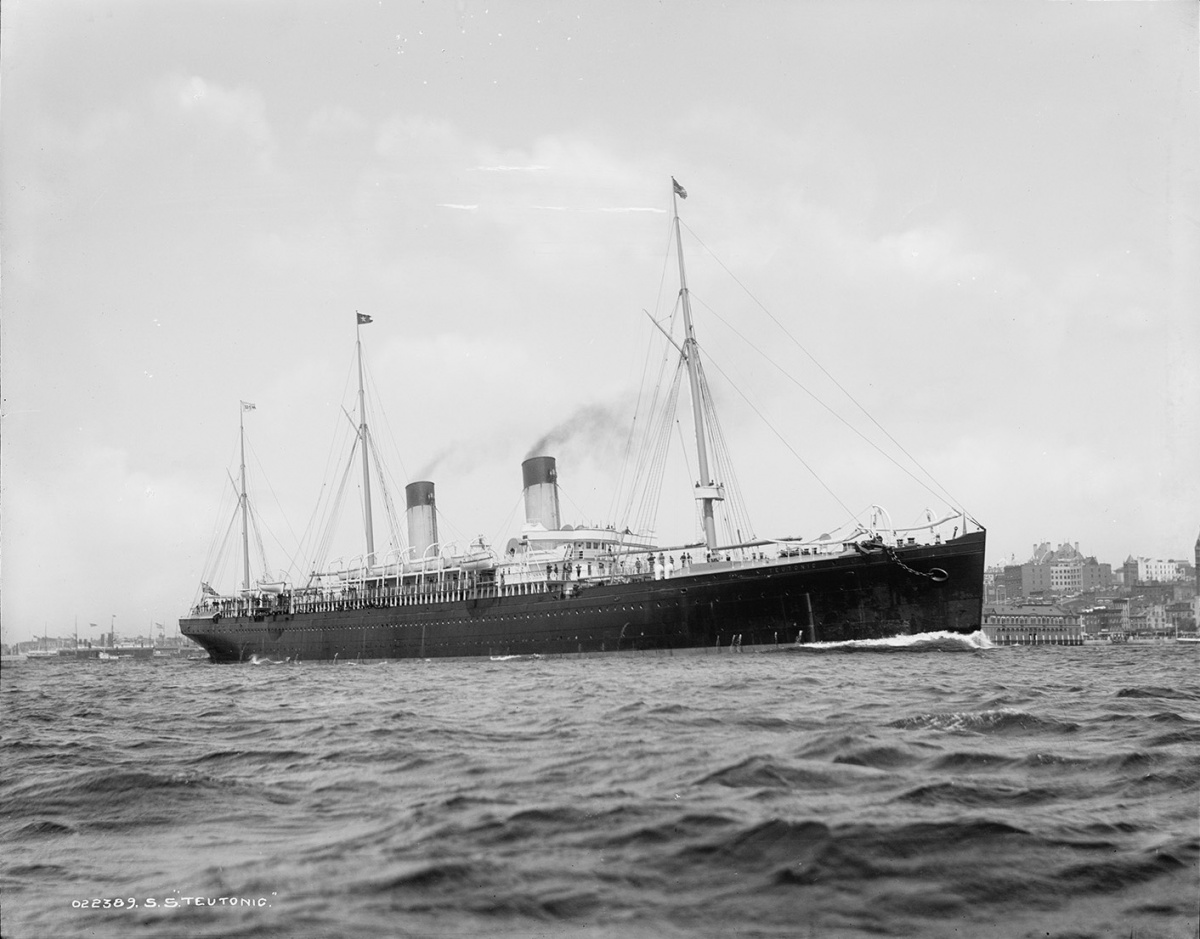 
One hundred and twenty-five years ago, the steamer R.M.S Gaelic arrived at the Port of San Francisco from China via Honolulu, carrying passengers Amy Crocker Gillig, her husband Commodore Henry “Harry” Mansfield Gillig, and their friends from the Bohemian Club Frank Unger and Donald de V. Graham (1). They left New York in September of 1894 on the S.S. Teutonic. It would be the most luxurious leg of the sometimes rough and tumble world tour that included travel by rickshaw, sedan chair and donkey. The adventurers explored Mumbai (then Bombay), Kolkata (Calcutta), Sri Lanka (Ceylon), Yangon (Rangoon), and Tokyo (Tokio), among other cities and regions, before landing on the shores of Hawai’i, then known as the Sandwich Islands (2).

For Amy (later Aimée) Crocker, the youngest daughter of Edwin and Margaret Crocker, circumnavigating the globe would be the thrill of a lifetime. It would not be the first time or the last time her adventures would make headlines. Before her trip, the controversial heiress eloped with a young law clerk who “won” her in a round of poker dice. She was also a passenger in a horrific train wreck at Tehachapi that killed 16 people in the car that she occupied. Her daughter Alma (later Gladys) was kidnapped and then lost at divorce court. She was caught frolicking in a gentleman’s club in Los Angeles and was roundly criticized for employing a black coachman to take her to the Bay City Race Track. Amy was also caught a few months before her journey keeping company in a rented New York townhouse with the literary genius Lothario Edgar Saltus. Gossip columns would write of liaisons and love affairs with dozens and dozens of men throughout her life.


And I'd Do it Again 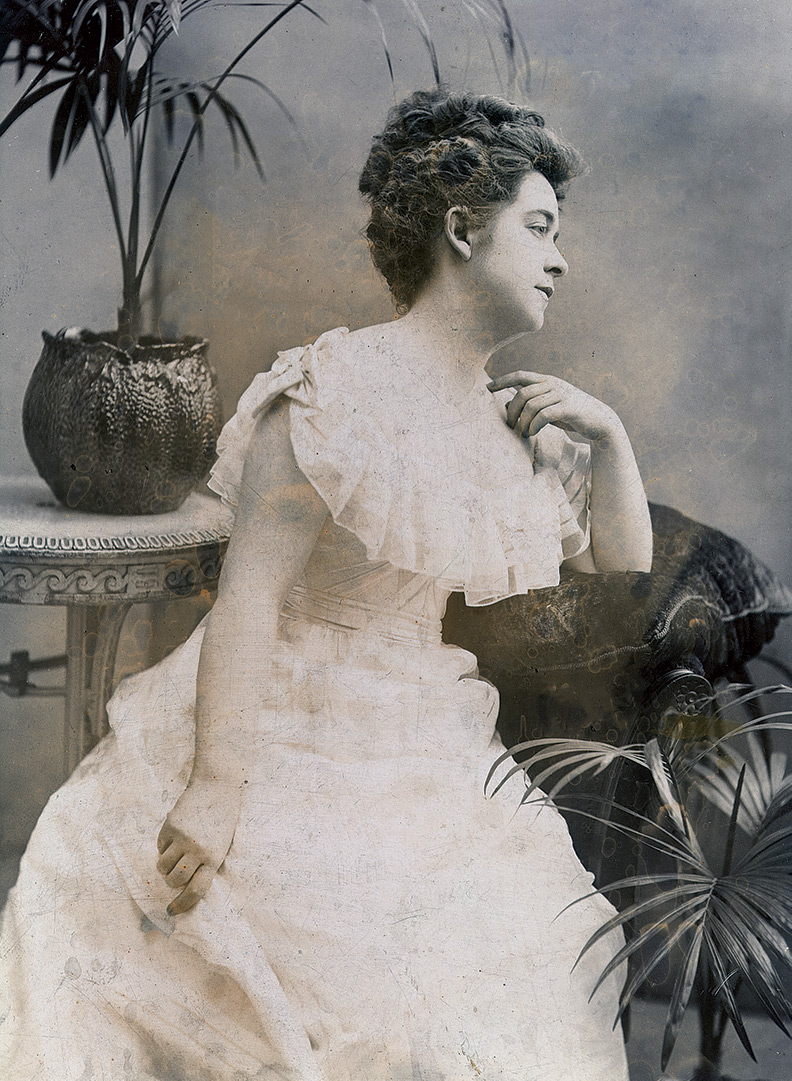 Amy would begin to tell her tales of Asia and the Pacific Islands in 1909, the year that she first declared her love for the Buddha. During this time both regions were still otherized as an "exotic" lands by many in the West, a mindset that was not shared by Amy and her Bohemian friends: Amy took great pride in her knowledge of the East and Eastern mysticism and saw it as her duty to educate Westerners about life outside of "Christendom" (3, 4). Stories were told of living in a paper house in Japan, of selling cigarettes in a Myanmarese (Burma) bazaar, and of an English officer stealing a pearl from a Buddha statue in Yangon (Rangoon) to win her love. In a 1910 book of short stories, Moon Madness and Other Fantasies — which her publisher called “arabesques” and she referred to as "memoirs in fiction form,” — she told the story of her visit to a harem where a dancing girl was killed by a cobra while performing for the Mahārāja.

Amy saved her wildest stories for her 1936 travel book, And I’d Do It Again, which included stories about an abduction by Dyak headhunters; a visit to an opium den in Hong Kong; a murder attempt by knife-throwing servants in Shanghai; a search for kaivalya (or liberation) at the cave of the Great Yogin Bhojaveda in Pune (Poona); and two bizarre sexual experiences, one with an Indian boa constrictor, and another with a Chinese violin.

The last month of the Gillig's world tour was spent in Hawaiʻi. It was their fourth extended visit to the islands. Amy first met King Kalākaua in London during his monumental trip around the world in 1881 when she was just sixteen.

The Hawaiian language newspaper Ka Leo o ka Lahui described Amy as one of the most generous American women who ever visited Hawaiʻi.

The Gilligs became flamboyant fixtures at Kalākaua’s court. They thoroughly enjoyed being indolent sun worshippers and appreciated the relaxed sexual mores on the islands. Kalākaua was called the "Merrie Monarch" for his fondness for dance, gambling, music, and cocktails. Amy threw rollicking parties for the royals and they threw grand receptions for her. So enamored and bewitched was King David that he gave Amy a title and an island near Moloka‘i.

Amy appalled the islands’ missionaries, the Cousins’ Society. Her antics sometimes made it into Hawaiʻi's gossip columns. According to one report, Amy made a bet that she would run around the block in her nightgown. She won the bet. On the run she was accompanied by a Hawaiian string band in bathing suits. The Cousins demanded the King to throw her off the island, but he refused.


Amy’s first visit to Honolulu was in 1888, less than a year after the King was forced to sign "The Bayonet Constitution" at gunpoint by the Honolulu Rifles, a group of white soldiers who were secretly the military arm of a group of annexationists called the Hawaiian League. This new constitution transferred considerable power from the monarchy to the leaders of the League, which included American missionaries and men who operated Hawaiʻi's giant, lucrative sugar plantations. It allowed foreign resident aliens to vote, not just naturalized citizens. Two thirds of the Hawaiian population lost the right to vote because of new economic thresholds that were imposed. Asians lost the right to vote altogether. 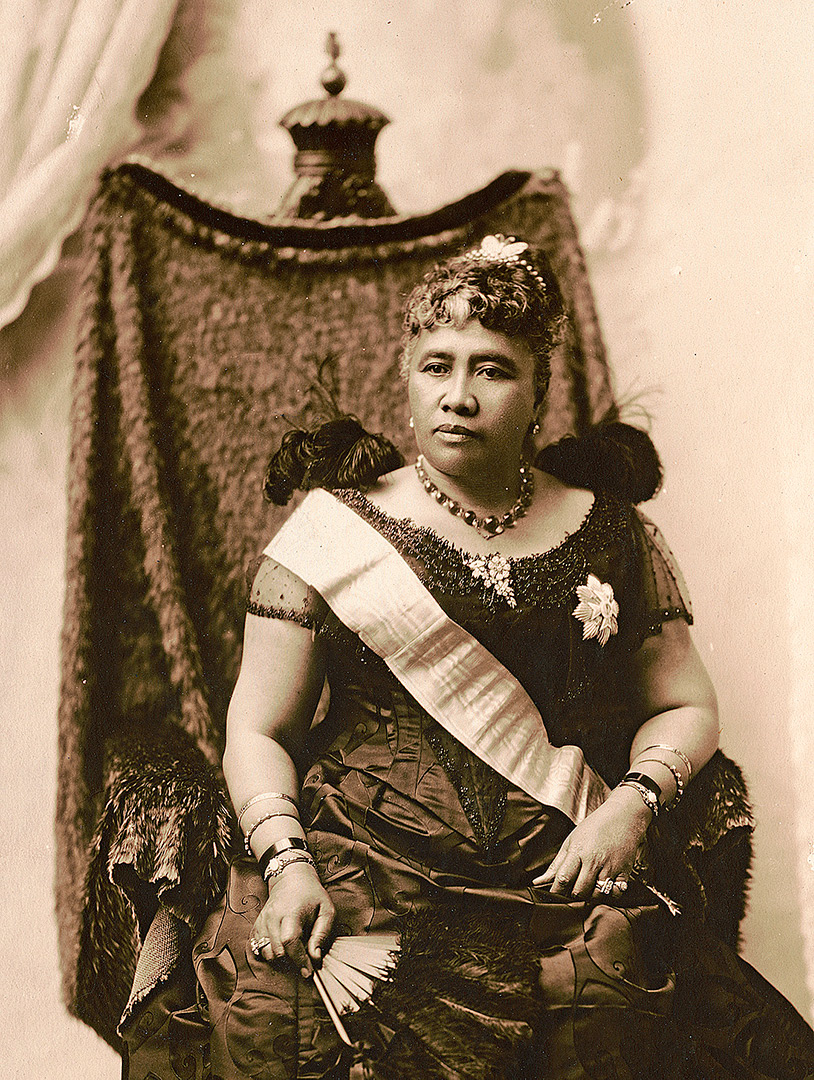 Queen Liliʻuokalani, 1891. United States Library of Congress, Digital ID ppmsca.53150. Princess (later Queen) Lili’uokalani met Margaret Crocker in 1878 at the Crocker Museum (then gallery). The Princess, wrote, “her art-gallery made a great impression on me at the time, and I can see again, as I recall the past, the many beautiful paintings by prominent artists with which it was adorned. They were works of genius indeed, so true to nature and so lifelike… The least detail of her grand and beautiful residence was nothing less than perfection.”

King Kalākaua would die in San Francisco in 1891 one week after attending a party thrown for him by Amy Crocker Gillig.

Amy’s last visit to Hawaiʻi in 1895, the final leg of her world tour, was heartbreaking. Queen Liliʻuokalani’s adversaries caught wind of a proposed constitution that would have restored power to the monarchy and voting rights to economically disenfranchised native Hawaiian and Asians. The Hawaiian League took over government buildings, disarmed the Royal Guard, and declared a Provisional Government, the Republic of Hawaii. On the night of January 6, 1895, royalists hoping to restore the monarchy smuggled in guns at Sans Souci Hotel, below Diamond Head. One hundred fifty royalists gathered to revolt, but they were outnumbered and outgunned, and two days later they surrendered. Two royalists died, and 200 supporters of the Queen were arrested and placed under house arrest for several months. Liliʻuokalani formally abdicated her throne to prevent further bloodshed.

Amy, ever the royalist and supporter of the throne, gave money to the prisoners of war and a large vessel of fruits and vegetables to the Queen who was being held in solitary confinement at Iolani Palace. The Hawaiian language newspaper Ka Leo o ka Lahui described Amy as one of the most generous American women who ever visited Hawaiʻi.

Amy had a talent for lifting people’s spirits during trying times. To perk up the distraught administration of the Queen’s court and her cabinet, several of whom were members of San Francisco’s Bohemian Club, Amy threw a luau at the Sans Souci Hotel. She lit the grounds and the pier with Japanese lanterns and gave carte blanche to Chef Frenda to prepare an elaborate menu.

Dancing was indulged in until 3 o’clock in the morning.


About the Author: Kevin Taylor is a freelance writer, researcher, journalist and photographer from Los Angeles. He was introduced to the Crocker family while working as a property manager at a 12-story former Crocker Bank building in downtown Los Angeles. He oversaw its conversion into an artist colony, the Spring Arts Tower, in the early 2000s. More of his writings about the Crocker family are available, here.

(1) Members of the Bohemian Club men’s club were selected from those who possessed literary, musical, or artistic talents. Those who wanted to promote innovations in the Seven Arts ⁠— architecture, sculpture, painting, music, poetry, dance, and theater ⁠— on the West Coast were also accepted. At the beginning these qualifications were regarded as being an inflexible law that could not be violated under any circumstances. Some of its most famous members were Jack London and Mark Twain. Rudyard Kipling, Robert Louis Stevenson, Sergei Rachmaninoff and Oscar Wilde were among its famous early guests.

(2) Editors Note: Name changes like this were common in countries that were formerly under the control of Western Imperialism. Such changes were typically part of larger movements aimed at decolonizing indigenous cultures and restoring national pride.

(3) The East was certainly mysterious to Westerners before it was opened up to wealthy travelers. After the opening of the Transcontinental Railroad and the Suez Canal there was great excitement and desire among the upper class to circumnavigate the globe.

(4) Amy was also very interested in Western mysticism, as were many of her Bohemian friends. (Her longest relationship was with occultist Aleister Crowley).