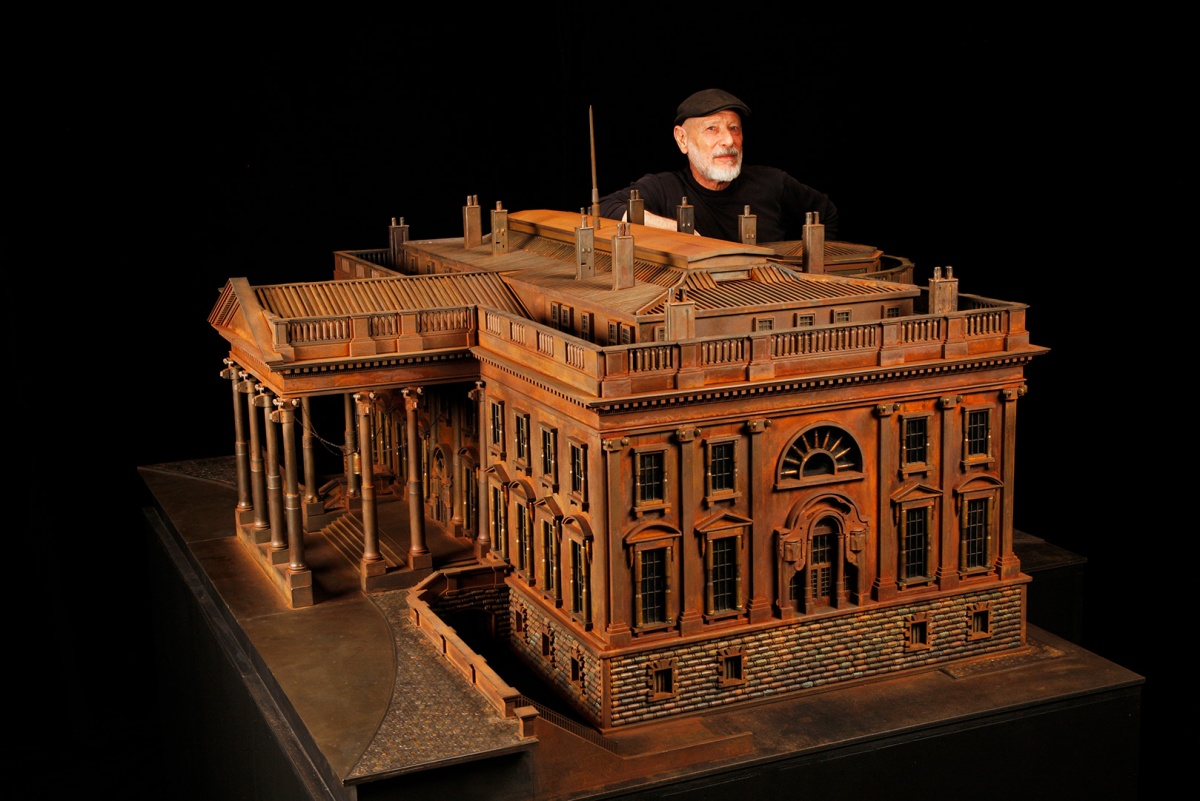 Using guns and ammunition, Al Farrow (born 1943) transforms tools of destruction into creation though his sculptures of cathedrals, synagogues, mosques, mausoleums, and architectural monuments. In doing so, he aims to denigrate no one belief or ideal but remain mindful and respectful of all.

Farrow’s inspiration for sculptures such as The White House, the focus of this one-work exhibition, as well as his Bombed Mosque in the Crocker’s permanent collection, began with his 1995 visit to the Basilica of San Lorenzo in Florence, Italy. The ornate reliquaries on display in the church’s crypt, some containing human bones, were at the time unfamiliar to him. He contemplated their ritual purpose and found through his investigation a means of expressing contemporary concerns.

Farrow has always invested his art with social critique, but, as he explains, “Something clicked when I started using real guns and bullets.” Carefully chosen rifle parts form architectural features like flying buttresses, minarets, arches, and classical columns, while the copper, brass, and steel of bullets and shot complete the detailed structures.

Seeing guns and ammunition so ingeniously employed may cause uneasiness, which, in Farrow’s estimation, reveals “more about the viewer than it does the artist.” The unconventional materials are also meant to compel viewers to consider the lengthy histories behind present-day clashes and, in his 2018 sculpture The White House, our government.

Made of guns, gun parts, shell casings, and steel, Farrow’s “White” House is replete with irony. Its title is contradicted by its somber, rusted exterior, which insinuates the erosion of democracy and the corrosion of long-held ideals. It is meant to remind all of us of the importance of this building and what it stands for. It is also meant to jolt us out of complacency, no matter on which side of the political divide we stand.