A Passionate Muse: The Art of Leonard Baskin 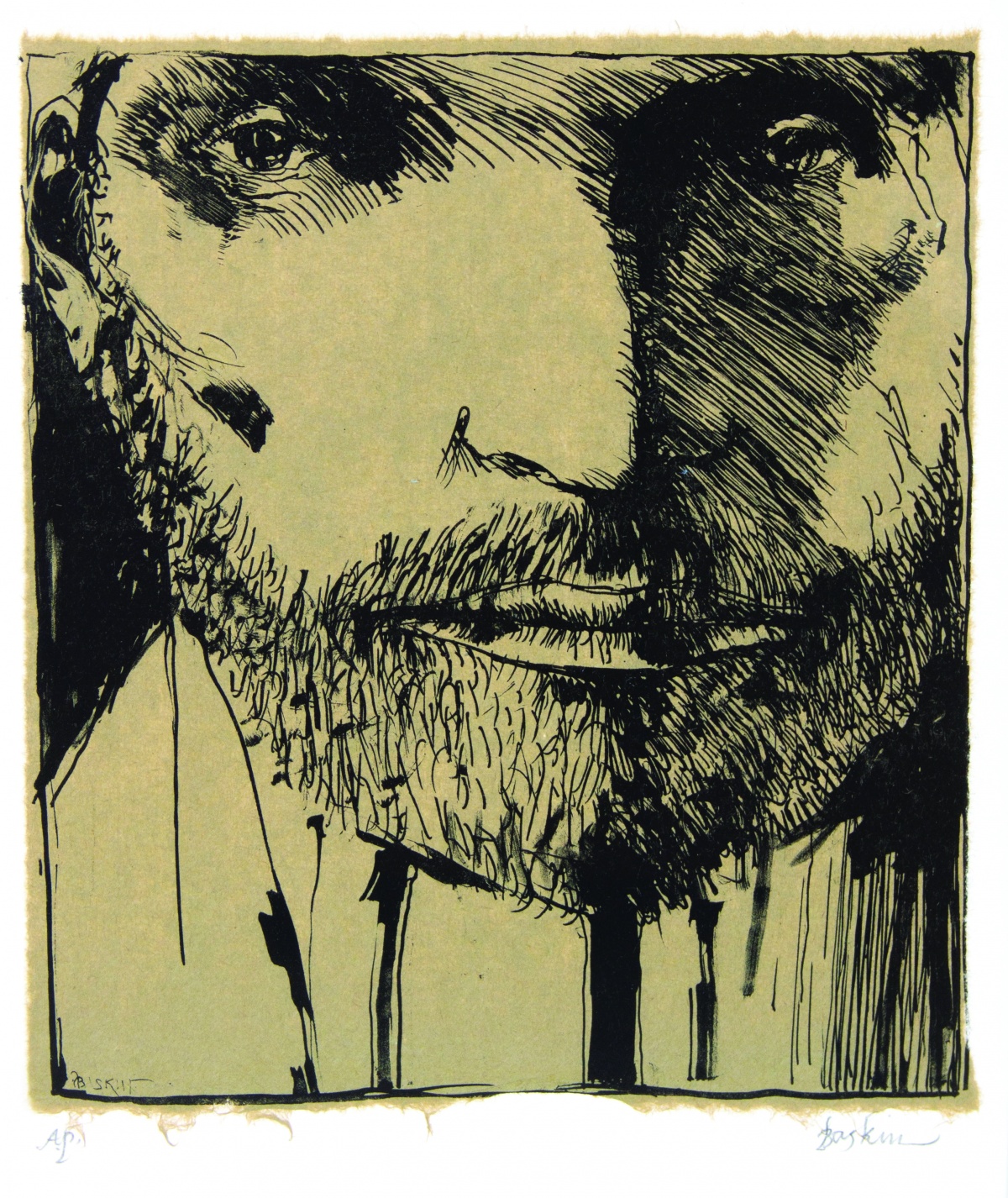 Famous as a printmaker, sculptor, and publisher, Leonard Baskin has spanned the literary and artistic worlds. In this exhibition, his 50-year career is showcased through more than 40 prints, sculptures, and books. Born in 1922, the son of an Orthodox rabbi who had come to the U.S. from Lithuania, Baskin grew up in Brooklyn and attended New York University. In 1941, he won a scholarship to Yale University’s School of Fine Arts, but preferred the library over the studio, discovering there, among other inspirations, the poetry and art of William Blake. Teaching himself printmaking, as had Blake, Baskin founded his own press for literature and art, which he punningly named Gehenna Press after a line in Milton’s Paradise Lost: “And black Gehenna call’d, the type of hell.”

After service in the U.S. Navy, Baskin continued his art studies in Europe until 1953, when he accepted a teaching position at Smith College. Settling in Northampton, Massachusetts, he reopened Gehenna Press, producing finely crafted volumes of poems as well as wood engravings. But it was his monumental 1952 single-sheet woodcut Man of Peace that captured the attention of the printmaking world. Nearly five feet tall, the print is made on rice paper, its reflective sheen contrasting with the deep black ink. The man stands in a thicket of barbed wire holding a dove, the dove of peace, that struggles to fly. In such works, which recall not only the then-recent memory of the Holocaust but also the Korean War and the horrors of nuclear weapons, Baskin wished to evoke certain emotions:

“I think of the series … as a kind of ambulatory mural. They are insistently black, complexly cut, and reasonably successful in causing alarm, misgivings, and exaltation.”

Against the grain of the mainstream art world, which at the time prized Abstract Expressionism as exemplified by artists such as Jackson Pollock and Willem de Kooning, Baskin made the human figure his main vehicle for expression. He did so throughout his career. Myth and literature that explore humanity’s foibles, failings, and triumphs provided subjects for later prints, such as 1968’s Icarus. Though it is tempting to relate its creation to the upheaval and disappointments of 1968, its meaning is more universal. His close friend and collaborator, the poet Ted Hughes, says, “The scope he embraces, the depth he searches, the specific pain he locates, the light he casts on what he finds, and his treatment of it, present us with what we might well call uncommon forms.” 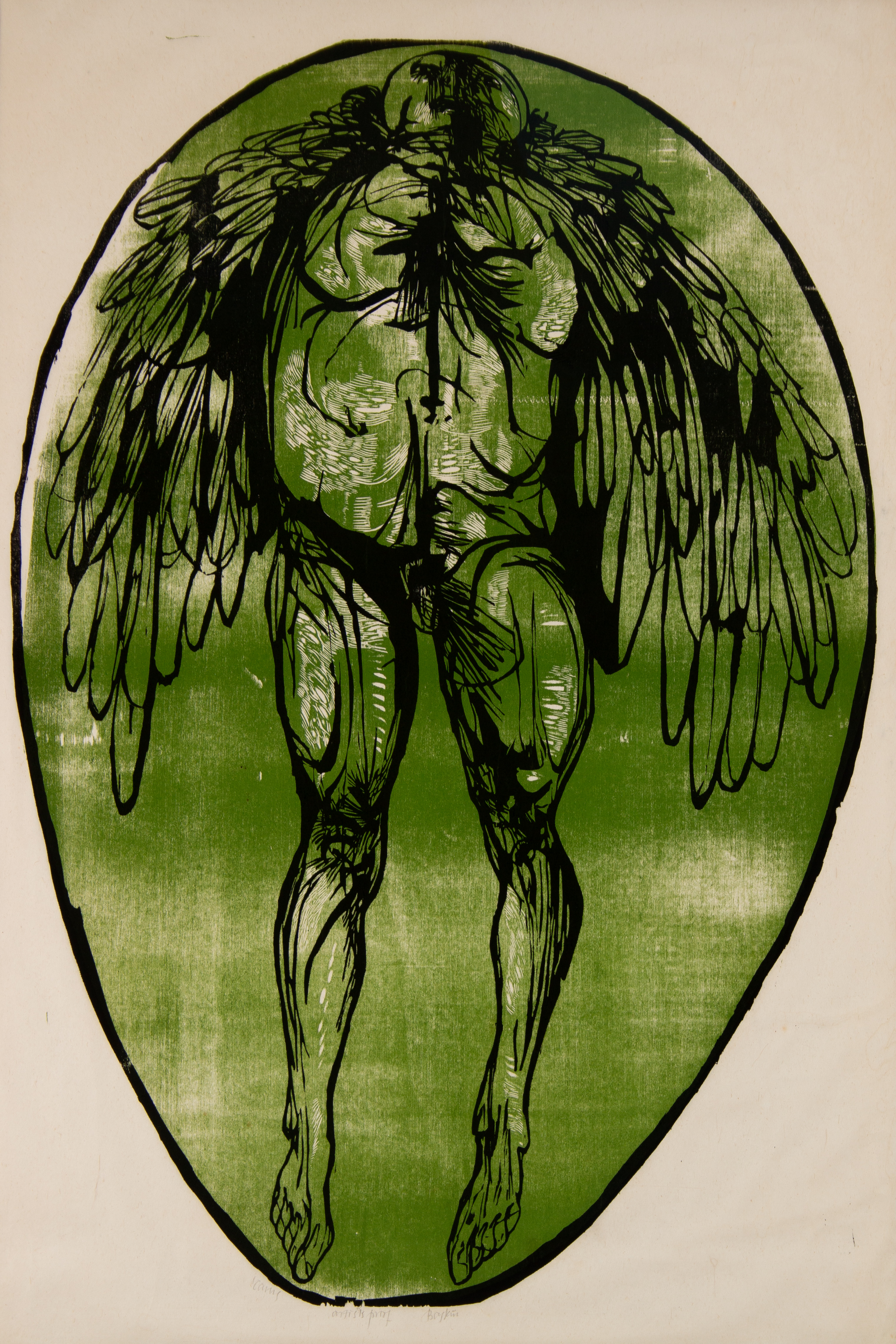 
In the case of Icarus, the distorted torso and limbs are seen from below, surrounded by rugged wings that will soon stretch in ill-fated flight. The use of the green-inked color block allows the artist to create gouged, white highlights that further accent the misshapen body.


Baskin’s experiments with technique are often most evident when he chooses to explore himself. Over the course of his career, he returned many times to expressive self-portraiture, creating a series of prints that document his progression through life and as an artist. A monoprint from the 1980s is such an example, its outlines etched into a copper plate and printed, before an additional layer of pigment was smoothed onto a second plate and printed on top of the first image. The artist then added highlights and a few other lines with the brush. Baskin crops out almost all background, and even part of his head, focusing in on his aging face, which stares out at us with piercing green eyes. The unnatural reds and yellows intensify the effect of deep thought and perhaps sorrow in a man whose development ran counter to the prevailing culture, and counter to the art world as well. 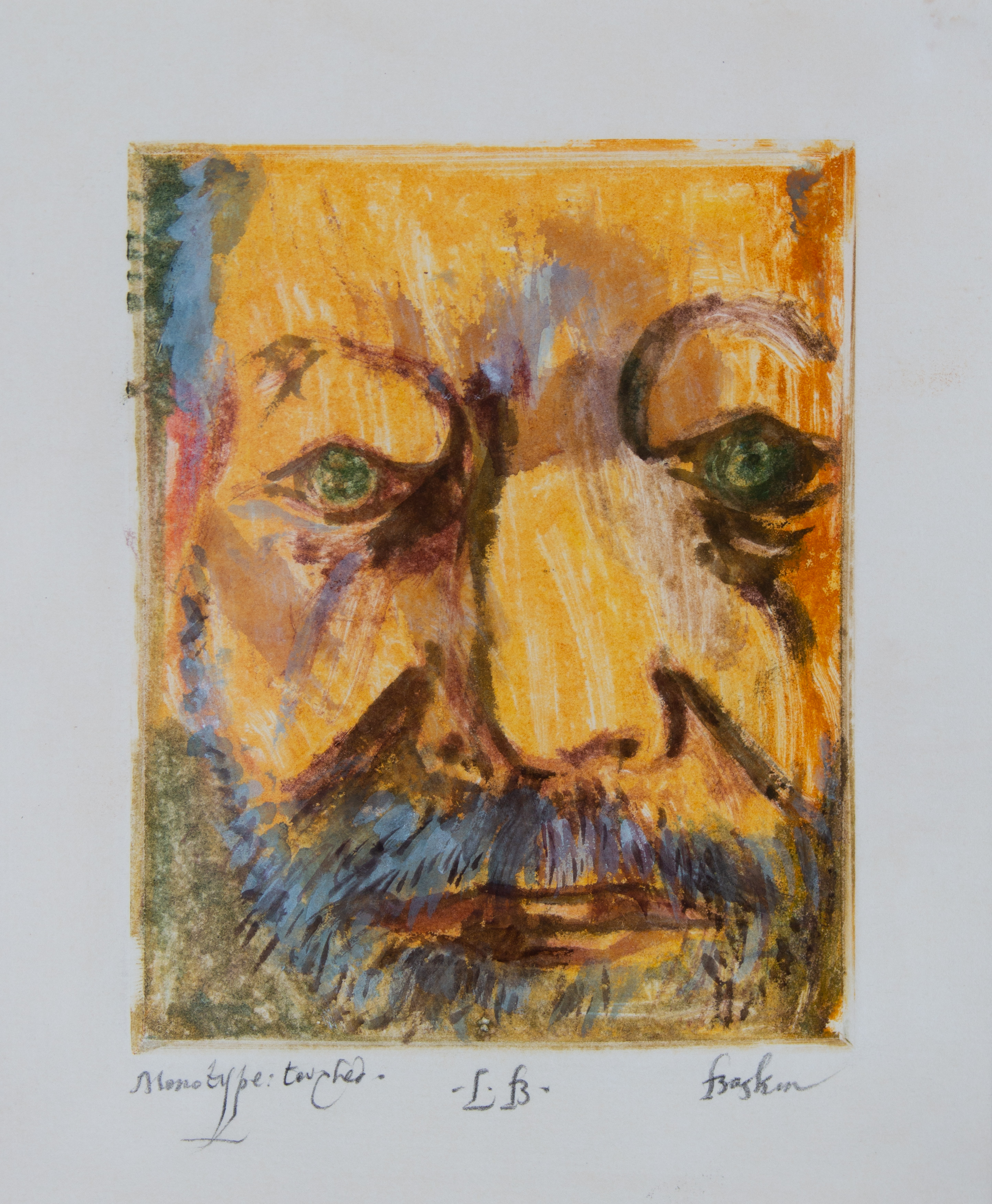 Baskin sometimes deals with grim subjects directly, as in his Sated Death. A feathery figure, either winged or wrapped in a plumed cloak, looms over the viewer, his small, skull-like head contrasting with an enormous belly. Far from the hooded skeleton of allegory, this Death inhabits a fat body, one that has feasted on humanity. Such commentary on the human predicament runs throughout Baskin’s work, as he focuses on the faults and injustices of life. By his own admission, Baskin aims to evoke alarm and misgivings in the viewer, yet he also aims for exaltation. Underlying his work is the firm conviction that his art will prompt us to correct our behavior and ultimately lead to a better world. 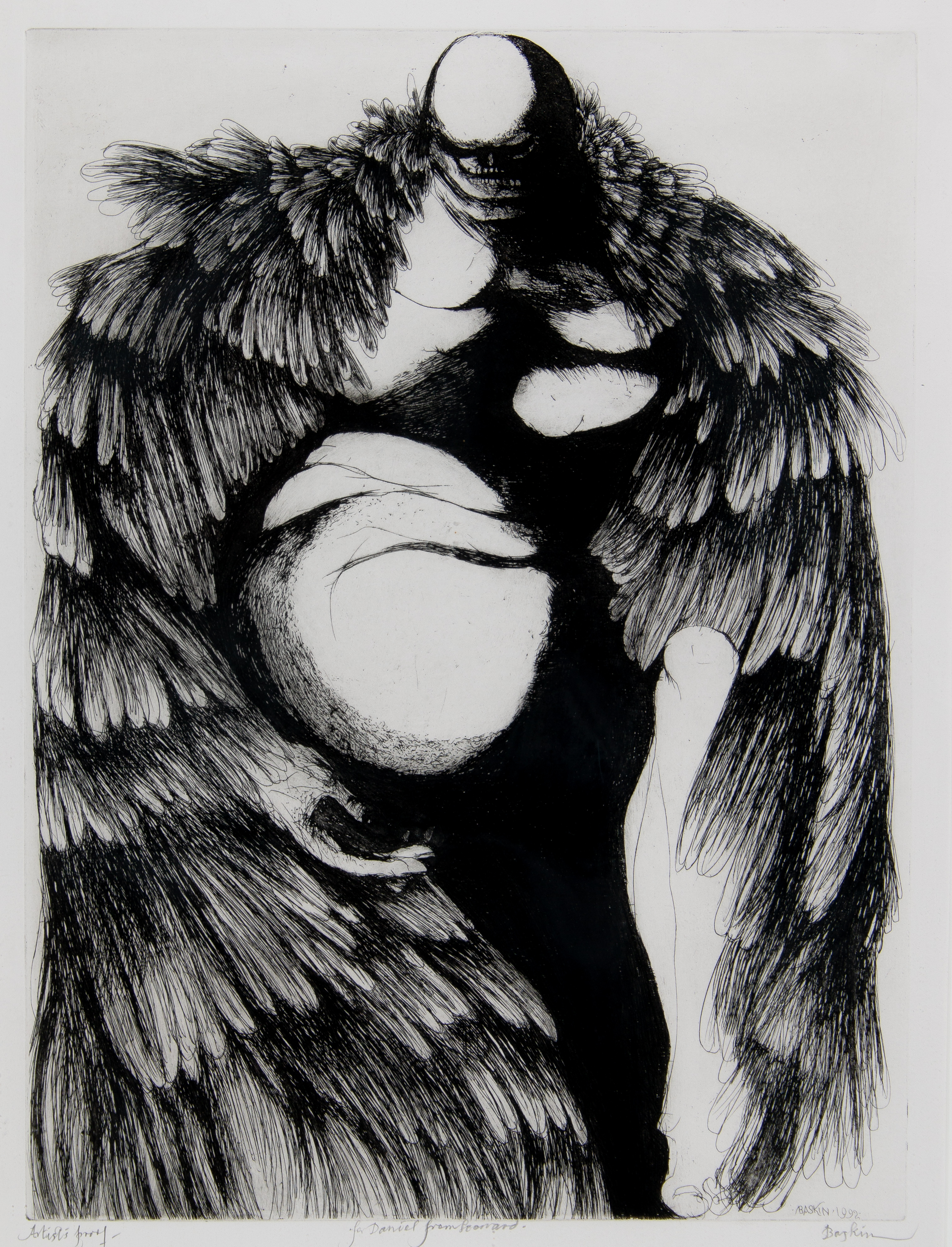 A Passionate Muse: The Art of Leonard Baskin is on view at the Crocker Art Museum from February 17 - May 12, 2019. Sponsored in part by U.S. Bank.

Evolution of an Artist: Early Paintings and Drawings by Richard Diebenkorn Arrive Soon at the Crocker