A Fresh Installation of African and Oceanic Artwork 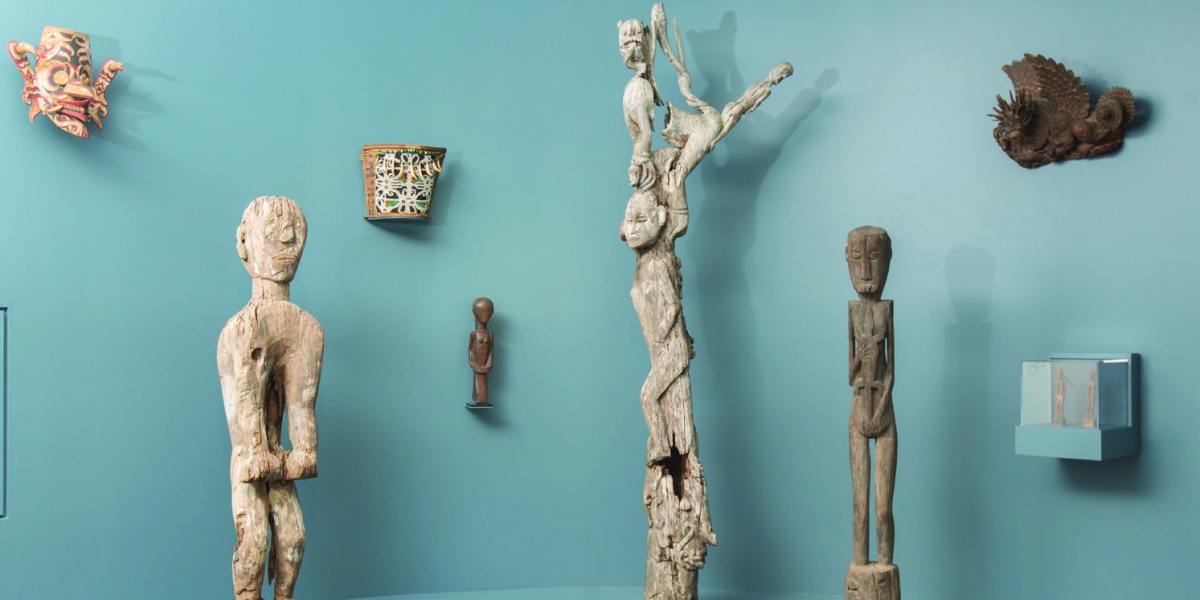 The Crocker is pleased to announce a new display of West African and Oceanic tribal artworks from its permanent collection. Now on view in the Museum’s second-floor atrium, the works range from fierce guardian figures to delicate maternity sculptures and span the 11th to 20th centuries.

The majority of these works have been donated to the Museum from private collectors over the past five years, and many of the objects are being displayed to the public for the first time. The new installation is organized by Crocker consultants Gregory Ghent and Scott McCue, who specialize in African, Oceanic, and Pre-Columbian tribal art. As they worked with Museum curators to select and group the art for public view, Ghent and McCue prioritized works that showcase the common need for all humans to express core beliefs and values, no matter how different they may be. They also chose examples that highlight the influence of tribal art on European and American artists. 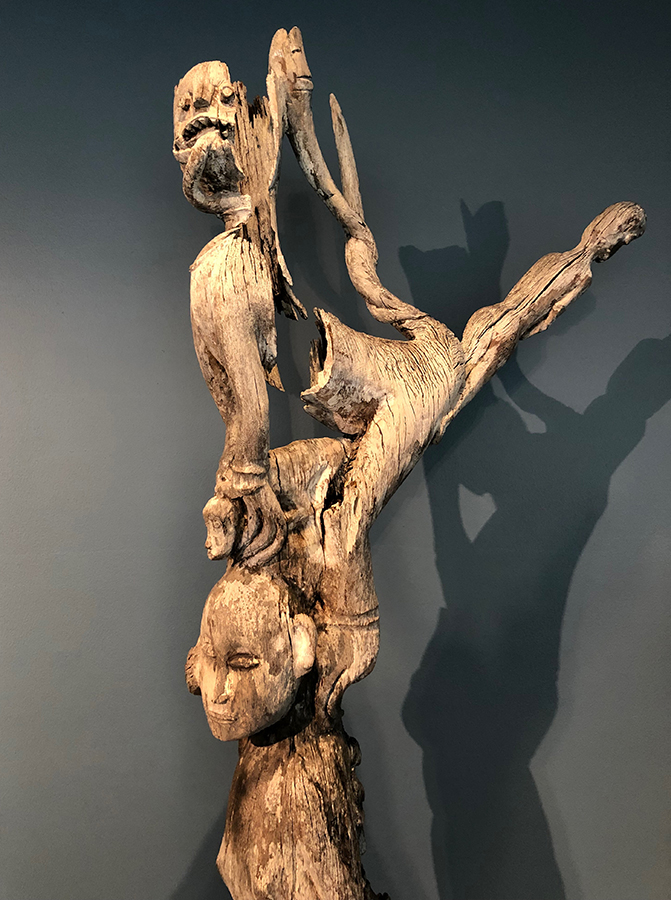 “Many people are surprised to learn that that Picasso, Matisse, Modigliani, and many other famous 20th-century artists were inspired by the aesthetics of Oceanic and African artists,” says Ghent. “Their discovery revolutionized the way Westerners see and think about art and freed sculpture and painting from naturalism.”

With this installation, the Crocker is expanding its display of work from African and Oceanic cultures to include a broader range of locations. The curved wing of the Museum’s atrium gallery now has a spectacular 10-foot carved wood pole from the Dayak people of Borneo, covered with images of people, dragons, and tigers. Nearby is a spectacular winged lion from Bali, and a display of intricate dance paddles from Papua New Guinea. 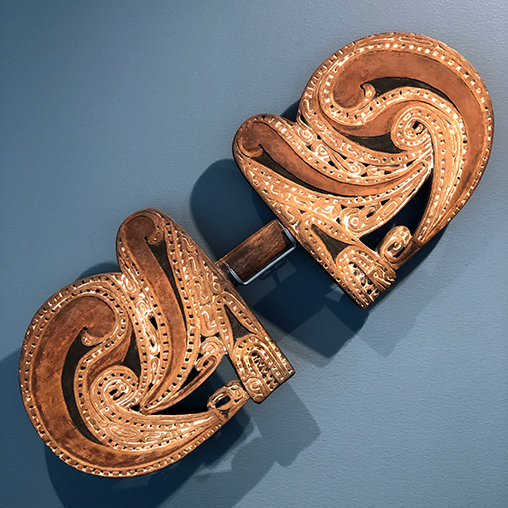 Evidenced in the installation is the curators’ shared interest in art created to be part of curing and healing processes. An earthenware figure from the Cham people of Nigeria, who use pottery in rituals intended to protect against and treat spirit-inflicted maladies, is meant to transfer pain or illness to a vessel where it can be contained. A diviner prescribes a particular kind of vessel and a potter makes it, first bringing the unformed clay into contact with the patient to begin the process of transferring the malady to the raw material. When the pot is ready, the diviner activates it by applying libations. Once the illness is cured or the pain is alleviated, the container is discarded far away from the community. 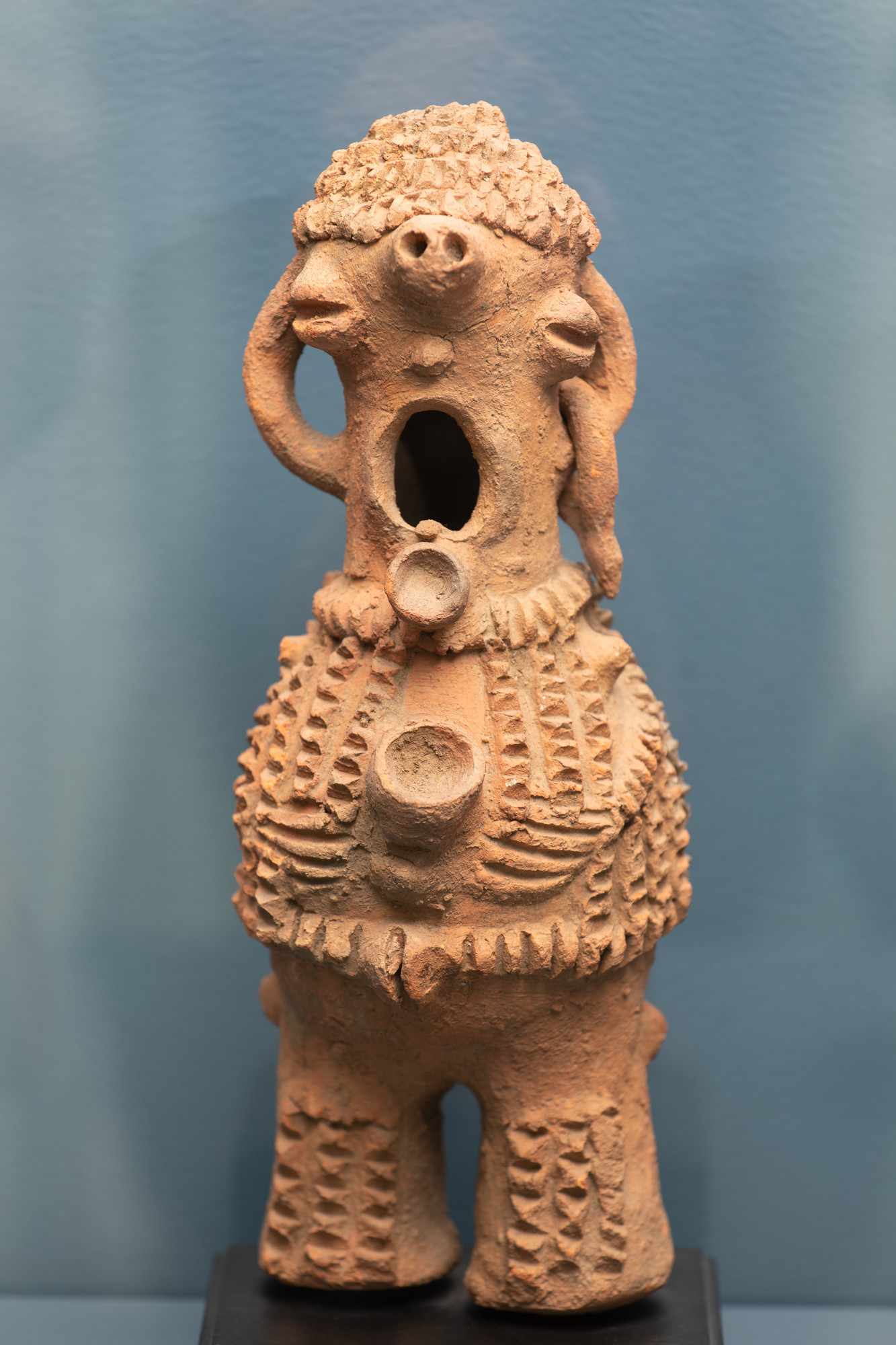 The skill of artists who had minimal tools at hand is also on display. Several wood artworks were carved with stone and other tools found in nature, such as shells and animal teeth. Wood was polished smooth with sand and leaves. Even with such elemental tools, the artists could attain a high degree of quality in their forms, with details indicating the care and attention the artists brought to their work.

“Ultimately, we want to offer a broad experience of human expression from around the world and an appreciation of the inventiveness, creativity, and profound beauty in tribal art,” says Ghent. “Whether you have knowledge of the art and culture of these regions, or if this is a new area of exploration for you, each time you look at one of these works there is a good chance you’ll see something new.”

Renewing the Ancients: Antiquities at the Crocker