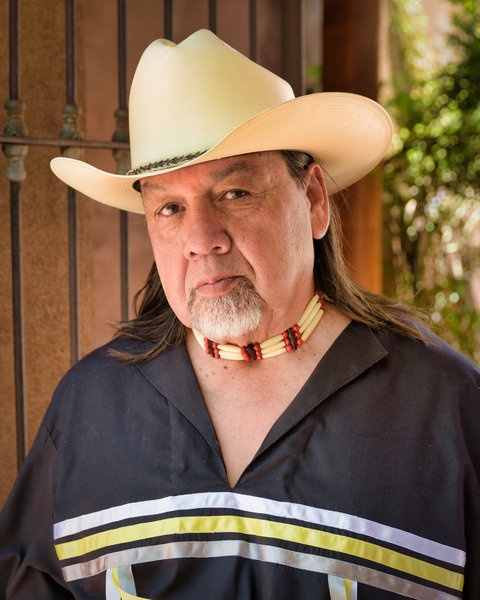 Gordon Lee Johnson’s 2018 book Bird Songs Don’t Lie: Writings from the Rez, is a refreshingly authentic look at contemporary Native American life. His characters are honest, multi-faceted, and at times painfully relatable. Each one speaks to “the complexities of contemporary life on a California rez, of living in the shadow of missionization, colonization, genocide, and all the ways those histories haunt us” (Forward by Deborah A. Miranda, Bird Songs Don’t Lie).

The book — which is actually a series of short stories and essays — moves seamlessly between past and present traditions. Part of what makes it so appealing is that the stories are rooted in his own experiences. Johnson, a noted Cahuilla/Cupeño writer, has spent most of his life in California and draws heavily from his time at the Pala Indian Reservation in north San Diego County. According to the author, he was “born in 1951" and was "kind of like astride in a time when there was the old Indian and the new Indian ... [a] bridge between people who could only speak Indian, who were really entrenched in the cultural traditions, and now, modernity has taken hold" (Valley News).

Bird Songs Don't Lie is a story about what it means to be a Native American living in California. However, the stories it tells are universal. Each one speaks to something we all experience, something that cannot be quantified or neatly summed up. At times, it feels like Johnson is reminiscing with an old friend, complete with meandering asides and inside jokes. At one point, Johnson, recalling his first gun, writes:

It’s been a very long time since I’ve been hunting. But there was a time when it was simply a part of life. Once, I loved guns. Today, my feelings are mixed.

"My father was on his college rifle team and was a heck of a shot. He taught me gun safety at a young age. I have an older cousin, Robert Banks, who was a terrific shot. I once saw him hit a jackrabbit on the run. To this day I’ve never shot a rabbit on the run, but he could do it. He was my idol. I wanted to shoot like him.


When I was old enough, about ten, I started carrying a .22 on hunting outings with my cousins ... back then, money was tight. The extra protein was welcomed. Most Indian boys did the same for their families.

Back then, I never heard of a kid taking a gun to school. Somewhere along the line, something in society went very wrong. I wish it were otherwise.

It’s been a very long time since I’ve been hunting. But there was a time when it was simply a part of life. Once, I loved guns. Today, my feelings are mixed.”

Bird Songs Don’t Lie also includes a number of fictional short stories — a first for the author. They, like his essays, are a delight to read. Set in the fictional reservation of San Ignacio in Southern California, each one is filled with “generosity, compassion and many healthy doses of humor” (The Press-Enterprise). 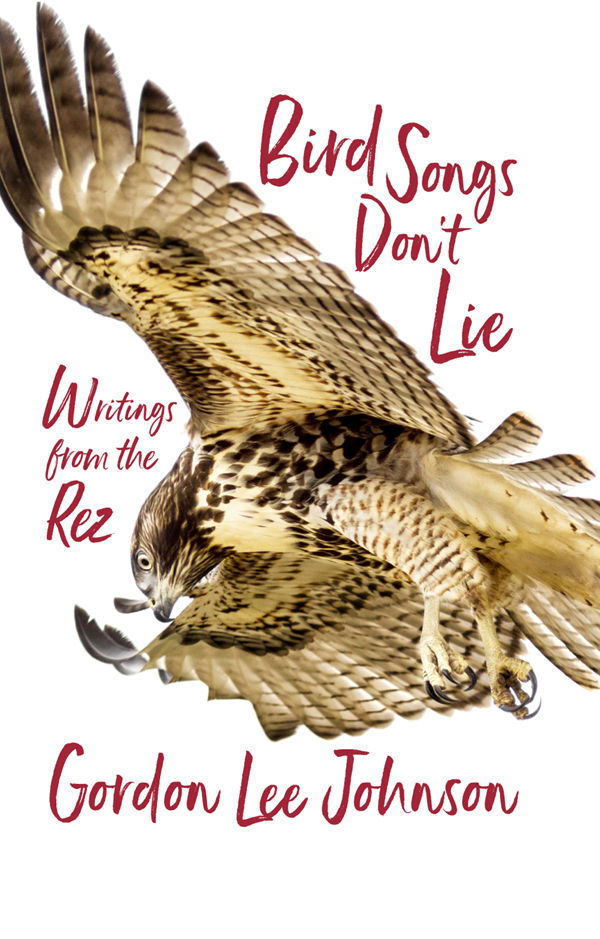 
For example, in “Plato plus Alexis”, Johnson tells the story of Plato Pena, a Stanford-bound geek, and Alexis, the prettiest, most popular girl on the reservation. Plato, like everyone else, has an unrequited crush on Alexis. She, like everyone else, routinely torments him. The two have a heartfelt conversation the night before Plato leaves town. Johnson masterfully sets up a dramatic plot twist, writing:

“Cut to the chase, Alexis, why did you ask me down here? If it’s to humiliate me further, don’t bother. I’ve hit bottom," Plato said, in an antagonistic voice so unlike him. He’d crossed over into the danger zone. She could whistle and Dwayne and Doug and Roach and a couple of other guys would come over and pound the crap out of him. Hell, she could probably whip on her own. She was strong, an athlete, and had been in fights. The only fight he’d ever won was the grappling match against a stubborn package of Hostess Twinkies, and that was hard fought.”

Throughout all his stories and essays, Johnson serves as the “ultimate tour guide” for the Inland Native California experience. Johnson once noted that Native Americans are more than casinos and Westerns. And he wants us to know that. “Writing", he says, "can be a way toward better understanding, We’re all human beings. Maybe if we Natives were better understood, maybe there wouldn’t be so much fear and so much racial divide” (Press-Enterprise, 2018).

Bird Song’s Don’t Lie is currently on sale in the Museum Store. The author will discuss the book at the Crocker on October 27, starting at 2 PM. The program is FREE for members or with admission for nonmembers. Click HERE to reserve your seat. A copy of the book is available for sale at the Museum Store.


About the Author: Brian Hendershot serves as the Crocker's primary support editor, writer, and occasional audiovisual editor. Before joining the Crocker, he was the Head of Communications at the Museum of the Red River in Oklahoma. He also sat on the McCurtain Country Historical Society's Board of Directors and previously sat on the Crocker's MASS Action Committee. He received his MA in Communications at Drury University in Missouri.