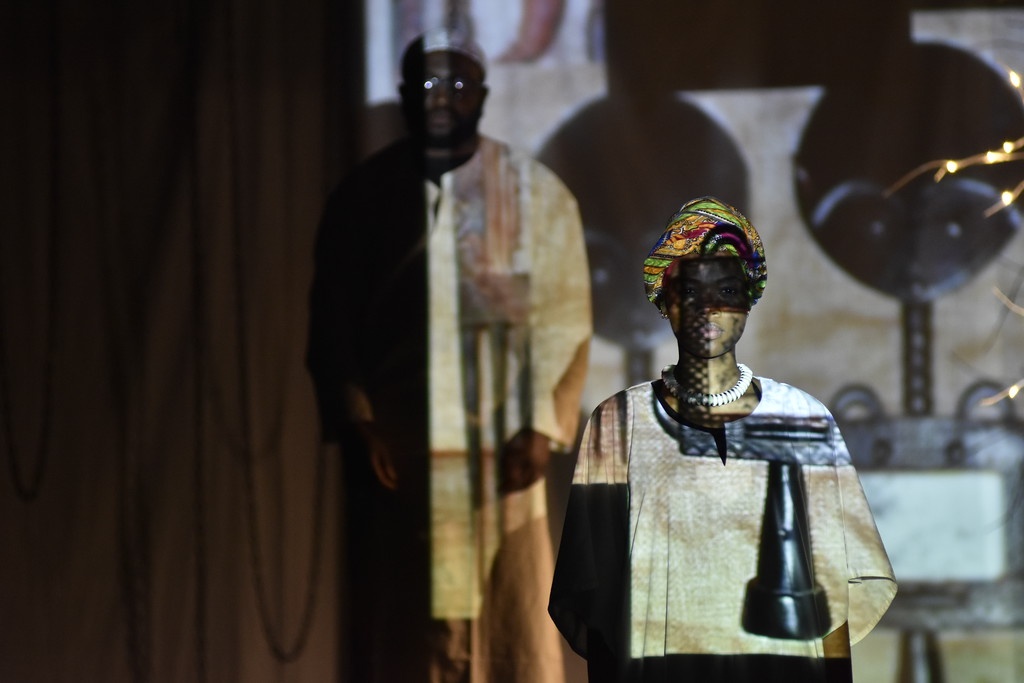 U-Nite 2019 is just around the corner! Adult Education Coordinator Houghton Kinsman sat down with three professors from Sacramento State's College of Arts and Letters to discuss the ins and outs of their art. The interviews have been lightly edited for clarity and grammar.

Michele S. Foss-Snowden teaches courses in media aesthetics and television criticism. Her research focuses on representations of marginalized communities in entertainment media. She is also the host of "The TV Doctor" podcast, a show that “prescribes” television as the cure for what ails us.

Where did the idea for TV Doctor stem from?


I’ve always watched a lot of television. Even as a kid, I was watching ALL the shows, but my mom was very careful to encourage me to be a critical viewer. She’d ask me, “Well, what do you think that means?” and “Why do you think that woman said those things to that man?” — she made sure I was thinking about television, not just absorbing it.

Once I started studying television, I came to understand more about its persuasive power. I realized how much television truly shapes our lives — not just in the superficial ways, but also in serious, meaningful ways. It occurred to me that we could be more proactive about our television viewing. We don’t have to let TV’s lessons “happen” to us; we can take control and seek out certain aspects of television to give us what we need on a given day or at a certain point in our lives. I know a lot about television, and I’m a doctor (a Ph.D., not an M.D., but still a doctor), so the idea of me “prescribing” television made sense!

I realized how much television truly shapes our lives — not just in the superficial ways, but also in serious, meaningful ways.

What does a television prescription involve?

Within that show, I search for a specific episode that gets close to what my “patient” is experiencing. If I can find such an episode, then it becomes my recommendation. I have to think about whether my prescription is comedic or dramatic; maybe what the person needs is a good cry about it, but they might also need to really laugh. And, of course, I’m careful to mention that my prescriptions are for entertainment purposes only!


Over and above the prescriptions, there is another dimension to the show that deals with culture at large and, in particular, subjects like representation, exploitative television, film, TV, history, sexuality, politics etc. Why did you settle on both a prescriptive element and a discursive segment? How do you feel they influence each other?

What a great question! If I can get the audience to recognize the real power of the medium (through the discursive segments), they’re likely to (A) take my prescription seriously and (B) use my recommendation as the beginning of a new relationship with television. If you can see how television can impact your life in one way, perhaps you’ll consider the other ways in which it is shaping you beyond my one recommendation. My ultimate goal is a more thoughtful, critical, educated, “woke” (do people still say “woke”?) audience. I’m hoping my show will be empowering for people.

What role do you consider humor to have in the TV Doctor?

We have to be able to laugh at ourselves. Humor breaks down (some) walls. It allows us to be vulnerable with each other. Even in episodes that lean in a heavy direction, we’re still laughing. 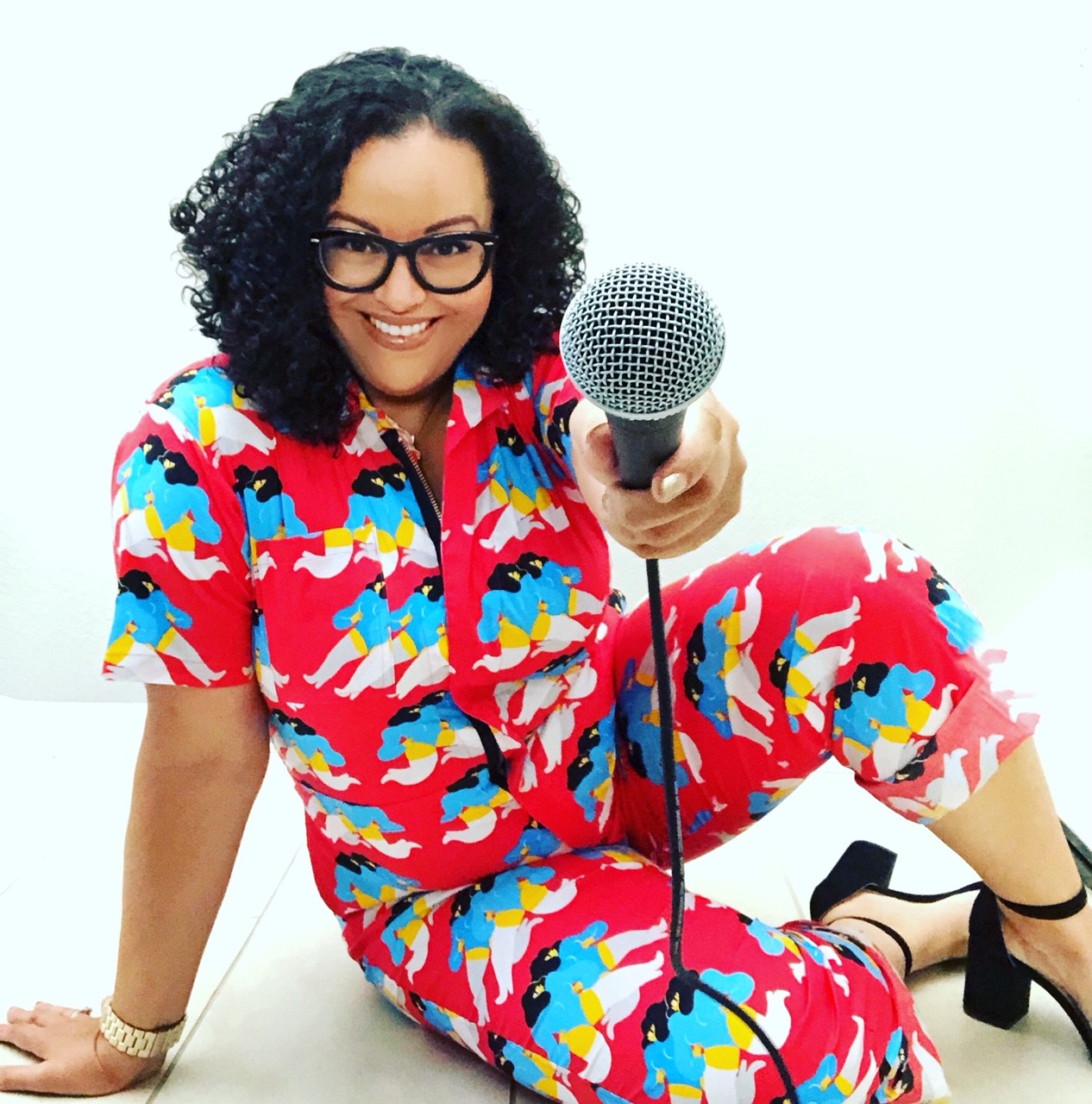 Dr. Forbes-Erickson is a theatre scholar, director, designer, and mixed media sculptor who focuses on odyssey and journey. Her scholarly research includes theatre practice as research, theatre history, literature, text, criticism, and theory. She has exhibited and designed for theatre in England, the Czech Republic, Canada, the Caribbean, and the United States.

I am interested in your notion of theatre practice as research, what does this entail and how do you use the theatre as a tool for research?

Theatre practice refers to practical and artistic skills in producing theatre, including the process of directing and designing for performance. Theatre practice as research is any research where practice is the primary mode of inquiry, and the process of creating praxis in theatrical performance (Kershaw and Nicholson 2011; Nelson 2013). My theatre practice as research combines digital media and black performing bodies. My specific interest is in investigating and disrupting black representations, and in finding new ways to bring black experiences to the stage.

Could you tell me more about your Pan African Theatre Ensemble project and its relationship to theatre as a form of cultural activism?

The Pan-African Theatre Ensemble is a theatre group I founded in 2016, dedicated to black theatres around the world, including African, African American, Latin American, and Caribbean theatres and performances. Exploring a global black theatre canon, in and of itself, is cultural activism that includes public education in celebrating all facets of black experience and resiliency.

What work are you presenting at U-Nite and why did you feel it was a platform worth exploring?

I’ll be presenting Black Feminist (Re)Memorials in Performance, a digital media installation with film and images based on digital media used in theatre productions in the plays, Vejigantes by Francisco Arrivi (Afro Puerto Rican play) and Venus by Suzan-Lori Park (African American play) around Black feminist themes. In these plays, the Black women Saartjie Bartman in Venus and Mama Toña in Vejigantes are staged as central figures after being objectified and “dismembered” in the lives of the plays. 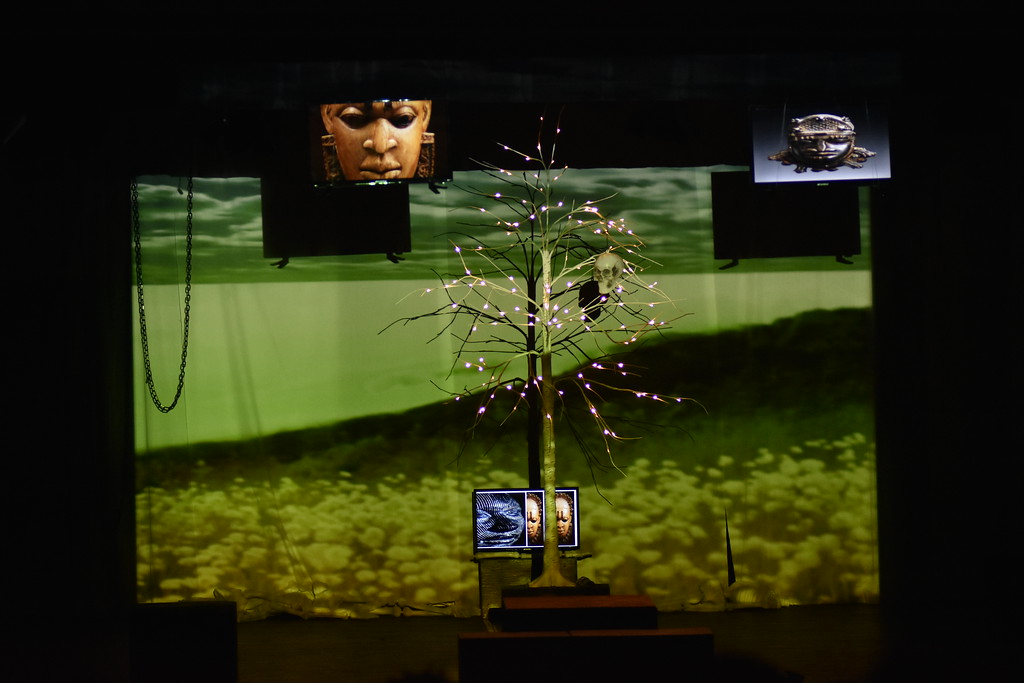 How do you envision the museum, a cultural institution with a loaded history, will inform the reception of the work?

I believe the museum is a place for the performing arts when “performance” is viewed broadly in any form and mode; that is, the visual arts “perform” in their processes and when engaged with the public and community. I envision the museum as a place to share and discuss in the reception of this and other works, especially in viewing moving images of characters in film and theatrical performance.

In my research projects, I attempt to blur the boundaries between theatre and the visual arts. I almost always incorporate the visual arts in directing and designing for the stage; and in the performing arts for museum spaces. Just as the theatre has always held a special significance in museum settings for its public engagement, the visual arts is integral in performance, space, and audience reception. U-Nite at the Crocker Art Museum provides special opportunities for artists to merge theatre and visual arts in traditional and new ways.

Divide by Mikko Lautoma. According to the artist, "Divide is about decision making and community building. The effect of gravity, like money, is stronger the more you have."

Mikko Lautamo’s work uses coding and computer vision to create interactive installations and projections. He focuses on the interplay of complex systems: social, economic and biological.

How do you navigate working across spheres of data collection, the Internet, and digital art? Do you feel as though these spheres are interconnected?

Absolutely these spheres are connected: the driving force of the Internet’s commercial enterprises is data collection, advertising and user targeting. As a digital artist, I need to respond to the technologies that everyone carries around and interacts with (their phone and their social apps) as well as the commercial nature of the hardware and software I use to create my work. The work I’m showing at the Crocker uses computer vision algorithms to detect and evaluate human beings.

My purposes are rather benign, but working with these tools and understanding how to code software to encode and process human images reminds me of how the Internet “sees” and evaluates our every move. In many ways, we are given involuntary avatars made up of our browsing habits, political profiles and advertising responses that then become “us” to the world’s most powerful corporations. Google knows me. Amazon knows me. My work focuses on creating immediate, transparent avatars for people that allow them to see, and in the case of the Crocker piece, hear who they are in the eyes of the machine. Demystifying and tinkering with the data gathering tools that rule us is a big impetus for my interactive work.

Do you feel as though your work exists within the realm of post-Internet art?

My work wouldn’t be possible without the Internet, and the ideas I’m playing with would not have been in my brain before the Internet, but I don’t think my work is about the Internet in the way I associate "post-Internet art" as a term. I am finding digital avenues for expressing universal concepts (community, change, cooperation etc.) as well as responding to the systems around me (economic, biological, social etc.). The Internet as a system fascinates me to the degree that it reveals the aspects that are universal to all people and the conflicts that arise from everyone being an individual.

My work wouldn’t be possible without the Internet, and the ideas I’m playing with would not have been in my brain before the Internet.

What is the role of the viewer within your work and how do they inform your production process?

My work has two broad modes: self-generating and interactive. The piece at the Crocker is interactive and therefore relies on the viewer/participant to make sense of it with their interactions and understanding of the piece. My interactive work attempts to be more dazzling and immediately satisfying to the viewer’s curiosity as a ploy to encourage interaction, discovery and play. My self-generating work tends to do the opposite: It is dense and revels in an opacity of meaning that resists and challenges the viewer to find a place for themselves among the complex chaos of machine decision-making. That said, I’m not satisfied with my work unless there is a definite pull or attraction that can engage and mesmerize the viewer long enough for the deeper rhythms and conceptual connections present in the work to seep in and affect the viewer, consciously or unconsciously.

What work are you presenting at U-Nite and how do you think the museum, a cultural institution with a loaded history, will inform the way this work is received?

I am presenting Sight as Sound , a collaborative interactive software projection where each participant’s movements are translated into tones and procedurally generated images. It’s loud, it’s interactive and it encourages people to talk, laugh and move around in a museum environment. Beyond that, I cannot speak to the loaded history of the Crocker since my work does not engage with the specifics of oppressed classes other than encouraging community engagement and collaboration.

Are there specific artists that inform the way you work?

Sol Le Witt (his wall drawings especially), Casey Reas for his work and his contributions to Processing, the programming language I use and, for the sound compositions, John Cage and the Sacramento Noise scene. Also, my friend and fellow Sacramento artist Meech Miyagi.

Toolkit for Partners of the Crocker