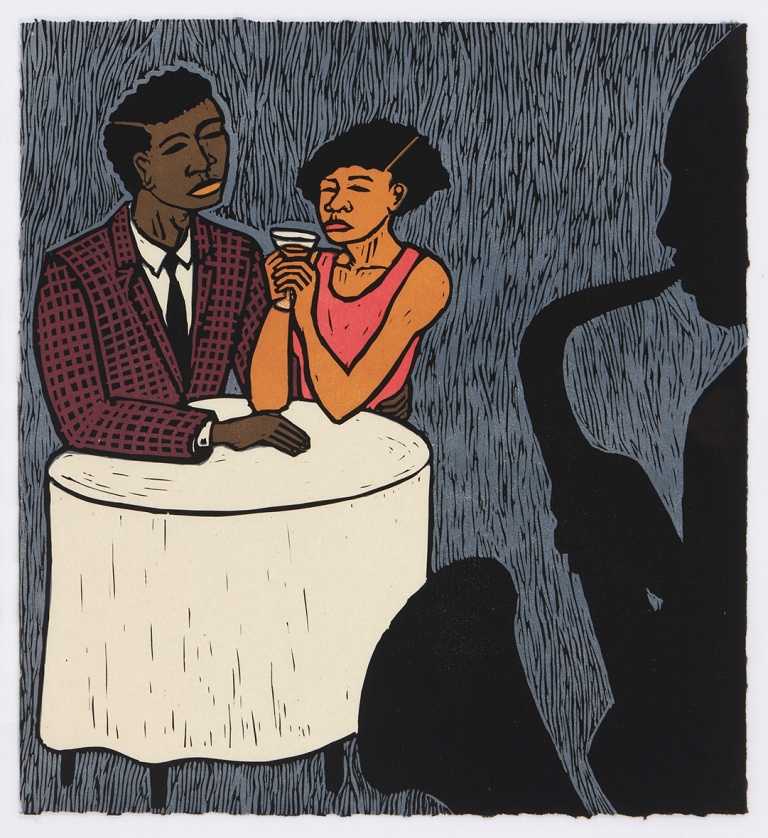 Alison Saar often references Black bodies in her work with an emphasis on hair and skin color. Alienated in school from both her Black and white classmates, she describes her existence as moving between two worlds. Of African American, Irish, and Native American heritage on her mother’s side and European heritage on her father’s side, Saar’s life experiences reinforce the idea that bodies and lineage are markers of identity politics. Even though this scene seems simple, there is a connection to difference and colorism, or discrimination based on skin color within American society.