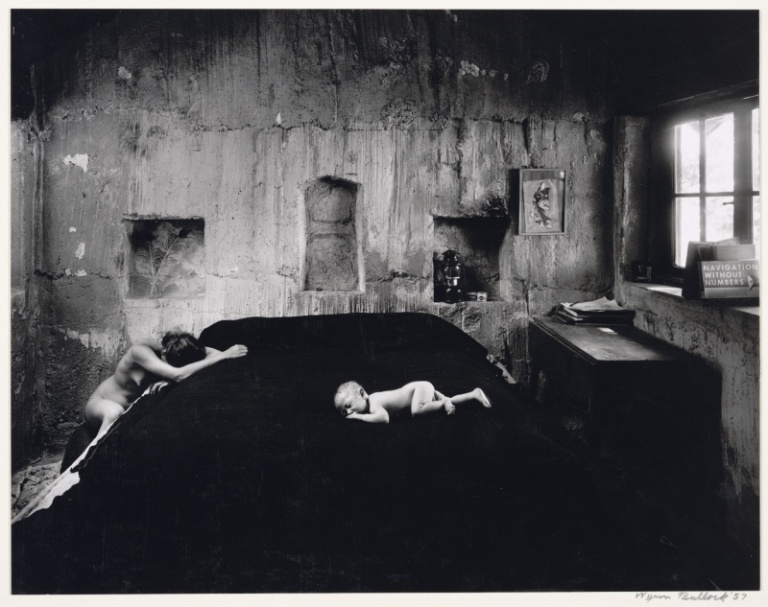 Wynn Bullock did not become a photographer until age 42. Raised in Pasadena, California, he trained and performed abroad as a professional tenor. After his return to California in 1938, he enrolled at the Los Angeles Art Center School (now Art Center College of Design in Pasadena). While most photographers were still interested in achieving pictorial, painterly effects for artistry, at the Art Center, Bullock discovered Surrealism and the photographic work of Man Ray and László Maholy-Nagy. Bullock’s creative vision, however, would be most influenced by his introduction to Edward Weston in 1948. Their exchange prompted an immediate change in Bullock’s working method. Like Weston, Bullock began to use a large-format view camera and learned contact printing. His subjects were, as Weston’s, nature and found objects, printed in crisp detail with high contrast.

Unique to Bullock’s work was a philosophical bent that would become more pronounced as his work matured. Specifically, he believed that cognition of the material world was more than the sum of sensory perception. He spent the rest of his career attempting to make concrete his idea that eyes were servants to the mind, which resulted in his most arresting imagery. In Navigation without Numbers, the artist seems to offer an indecipherable allegory. We are haunted by the insinuation of love, loss, and fervor, none of which are resolved. The title is drawn from Joseph B. Breed’s 1956 treatise on science and mathematics, which can be seen leaning on the windowsill.

Back to Collection
Previous