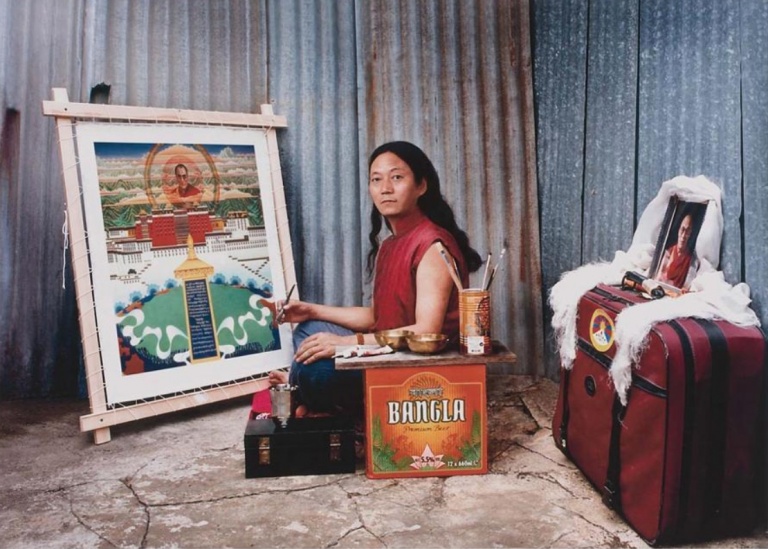 Gonkar Gyatso explores the idea that a single person can have multiple identities over the course of time. Based on a 1937 photograph of the Dalai Lama’s thangka painter at work by American explorer C. Suydam Cutting, Gyatso’s photographs position him in four divergent roles. The series is autobiographical: Born in Lhasa, Tibet, Gyatso studied Chinese brush painting in Beijing before moving to India to learn thangka painting. He then relocated to London.

In the first self-portrait Gyatso is dressed as a Lama painting a Buddha. In the second, he is dressed in the uniform of the People’s Liberation Army and is surrounded by Communist posters while painting Mao Zedong. The third portrait is of Gyatso in exile in India, painting an image of the Dalai Lama. The final photograph shows the artist in Western dress creating an abstract work.