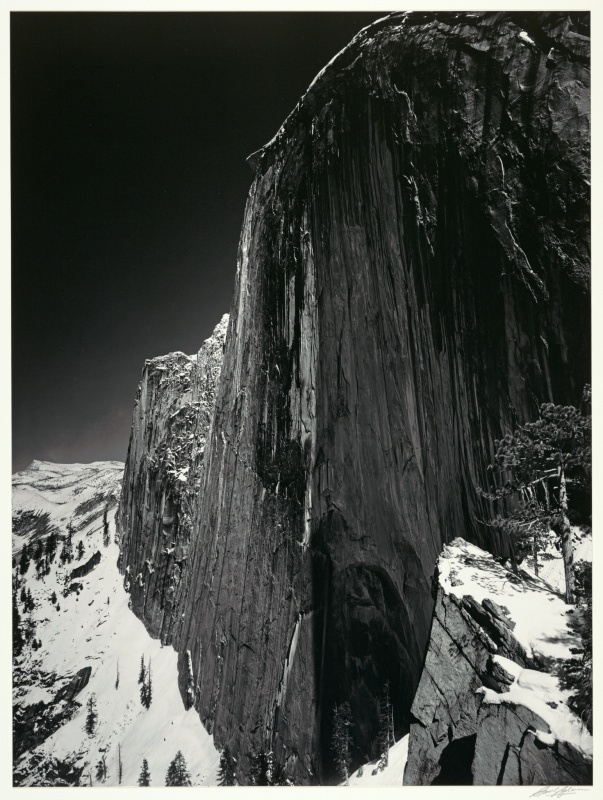 The portfolio that attracted Stieglitz to Adams included signature images such as Monolith: The Face of Half Dome, Yosemite. The negative for this image was the last one Adams made during a daylong trek with friends on April 17, 1927, and with the trip of the shutter he knew that he had caught something exceptional. In 1927, Adams made contact prints, the format of the negative determining the image size. Only later would he print it with an enlarger so that he could more fully convey Yosemite’s grandness, as in this print from 1979.