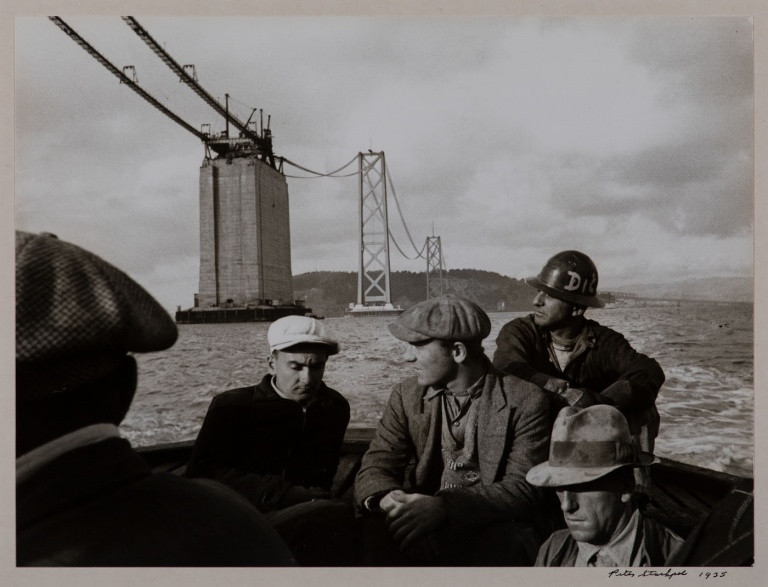 The son of artists Ralph and Adele Stackpole, Peter Stackpole grew up in San Francisco. He was encouraged to take photographs at a young age by family friends Edward Weston and Dorothea Lange. He worked for LIFE from 1936 to 1961, primarily taking portraits of celebrities in Hollywood. Twenty-six of his photographs appeared on the cover of the magazine. As an artist and educator, he is also known for his column in U.S. Camera, which ran for 15 years.

As a photojournalist, Stackpole used his Leica Model A camera to capture the construction of the San Francisco-Oakland Bay Bridge. Here, the bridge is merely support columns and cables running high above the bay. Below the bridge, the crew is seen boating home after news of a construction worker’s death, accounting for the somber tone of the image.