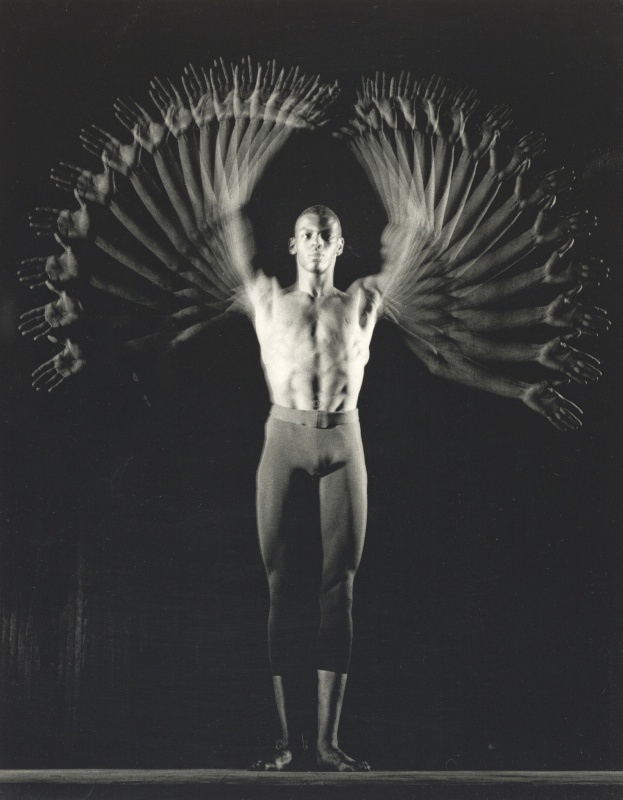 By the mid-20th century, photography had gained in popularity with American collectors and an ever-growing number of museums. New photographic technologies also meant that photography now played a larger role than ever in scientific inquiry. At the forefront of this exploration was a young graduate student at the Massachusetts Institute of Technology (MIT).

From 1926 until he perfected the stroboscope in 1931, Harold E. Edgerton experimented with combining the strobe flash and photography. Edgerton’s development altered our understanding of time. Use of the synchronized strobe allowed him to record objects in motion with exposures as brief as one fifty-thousandth to one-millionth of a second. While Eadweard Muybridge made groundbreaking motion studies in the 1880s, he, unlike Edgerton, required a battery of cameras and an intricate choreography of shutters to capture what Edgerton could now do in microseconds.

As a member of MIT’s faculty, Edgerton continued to make photographic studies, often with dramatic flair as evidenced by his attraction to speeding bullets, falling milk droplets, and hummingbirds stilled in flight. Capturing what was outside the capacity of the human eye endlessly engaged him and surprised others.

In 1960, Edgerton became interested in recording the human body in dance. For this, he recruited the young MIT student Gus Solomons as his subject. The dancer, later a noted performer, believed in the uniqueness of his own movement, which he felt Edgerton’s studies would prove. The results of these sessions are among the most poetic Edgerton made. Here, the moving arms of the lithe and strong Solomons are recorded as wing-like trails.