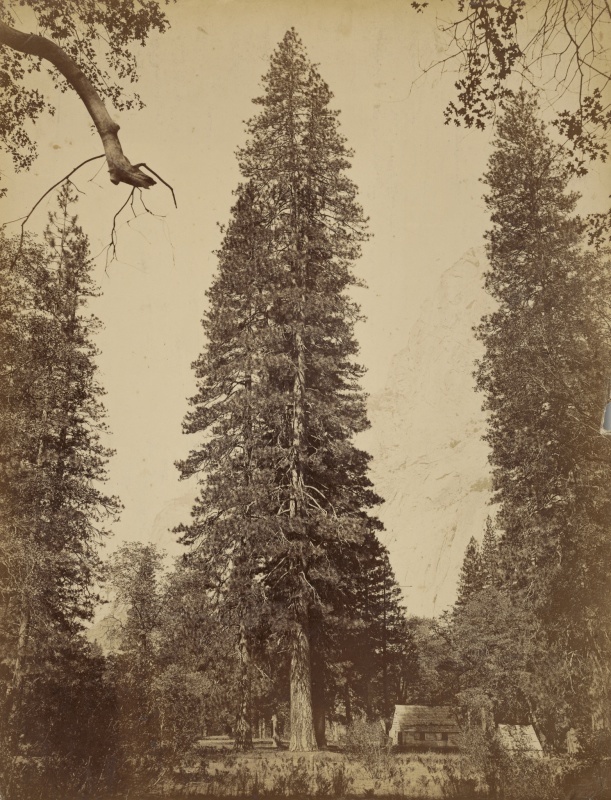 The American West’s premier 19th-century photographer, Carleton E. Watkins was born in Oneonta in upstate New York. He came to California in 1851 with the Gold Rush and moved to Sacramento to work for his fellow Oneontan, Collis Huntington, who would later become one of the financiers known as the railroad’s Big Four.

Huntington’s store was destroyed by fire in 1852, and the suddenly unemployed Watkins moved to San Francisco. In 1854, he was hired by photographer Robert H. Vance to operate one of his galleries and assist in making daguerreotypes. Watkins went on to work as a portrait photographer and made documentary photographs on commission. In 1861, he visited the Yosemite Valley for the first time. Frustrated over the limitations of photographic technology, he developed a mammoth plate process that could more adequately capture the area’s magnificence and grandeur. His photographs helped make the valley famous and influenced the United States Congress to pass legislation preserving the area as a wilderness in 1864. He eventually made seven photographic trips to Yosemite over a 20-year period, producing more than 1,000 images.

When he was not on photographic expeditions, Watkins maintained a San Francisco studio. Using his mammoth plate process, he recorded the city, its surrounding areas, and many other parts of California. He also pursued work in smaller formats, producing stereocards, portraits, and documentary images on commission. He exhibited his photography at local venues that had been formerly restricted to painting and sculpture, and he became a charter member of the San Francisco Art Association in 1871, firmly declaring his photography as art.