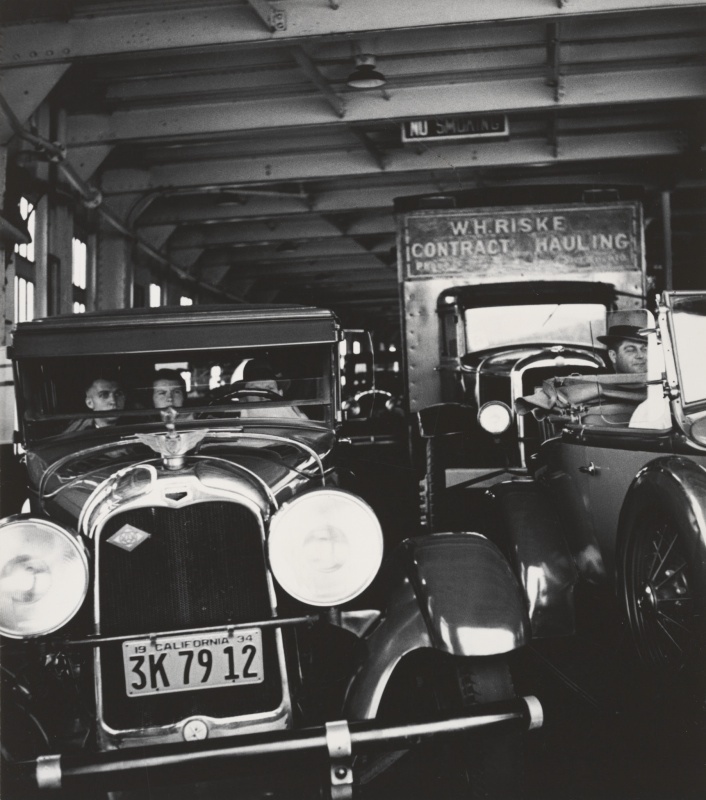 A German émigré, John Gutmann came to the United States from Berlin in 1933. Although educated in art history and philosophy, he was self-taught in photography. Gutmann arrived with press credentials and readily found freelance work. The diversity of American city life and its amusements became his favorite topic of exploration. For these, he shot black-and-white documentary-style images using available light. Often favoring low vantage points, Gutmann heightened pictorial tensions by exaggerating perspective so that even ordinary scenes of daily life such as this packed ferry deck seem somehow strange and marvelous.

In 1936, Gutmann was hired at what was then San Francisco State College to teach photography part time. That same year, he traveled extensively, visiting Chicago, Detroit, Atlanta, and the American Southwest. By 1938, he had been appointed assistant professor of art at the college and was also exhibiting his photographs and watercolors nationally. After serving the United States Office of War Information during World War II, Gutmann returned to teaching and established the creative photography program at San Francisco State, among the first such university programs in the United States.