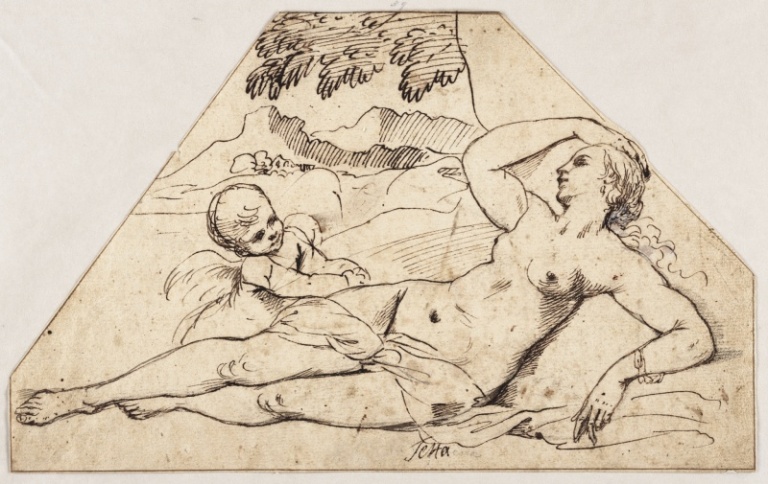 Born in Lucca, Pietro Testa trained under the Carracci pupil Domenichino in Rome after being banned from Pietro da Cortona’s studio because of his difficult personality. While continuing to seek fame as a history painter, he became instead an extremely talented and imaginative printmaker. Testa’s draughtsmanship and knowledge of the classical world were developed in projects for the antiquarian Cassiano dal Pozzo; he also honed his critical skills through his friendship with the art theorist and biographer Giovan Pietro Bellori. Though not especially successful as a painter himself, he did make notes and drawings for a treatise on the subject of painting. Some of his prints reflect this highly developed theoretical knowledge. Those with allegorical and mythological subject matter are also informed by the work of his contemporaries as well as ancient sculpture. In the end, the gulf between Testa’s ideals and achievements depressed him and he drowned in the Tiber, a likely suicide.

This drawing reflects the artist’s knowledge of Venetian painting, a tradition prized in art theory of the time for its softness and colorism. The female nude reclining in a landscape is depicted with the bold draughtsmanship of a printmaker. A subject made popular by artists such as Giorgione and Titian many years before, and one that Poussin adapted to multifigured compositions as well, the beautiful nude is presented in the mythological guise of Venus.