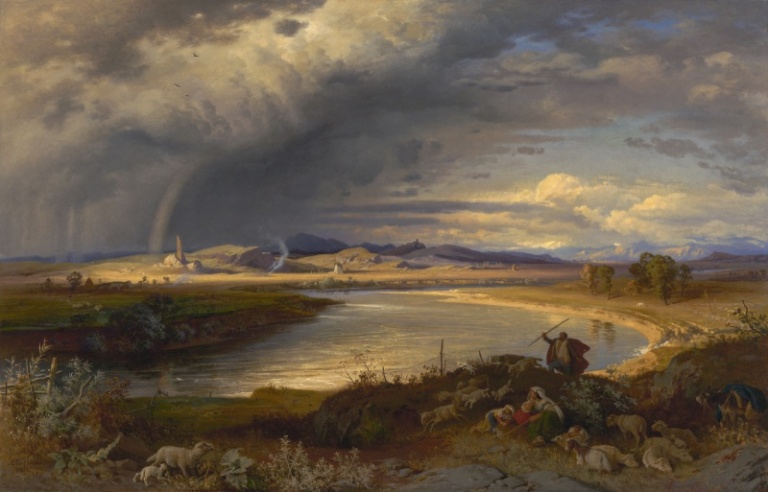 Though now best known for his drawings, Albert Venus produced a small number of paintings, many associated with his trips in Bohemia and Italy. Born to a family in service at the Saxon court, he developed his artistic skills early in life, and he entered the Dresden Academy at the age of 14. In 1860, he began studying at the studio of Ludwig Richter and soon began to win prizes for his landscapes. Like many artists at the Academy, Richter took his entire studio of pupils on drawing and painting trips to northern Bohemia each year.

Venus’s drawings from these trips must have been brought to the attention of Princess Amalie, for in 1866 she sponsored the 24-year-old artist on an extended trip to Italy. Upon his return to Dresden, and perhaps on the basis of some of the many drawings he produced during his travels in the districts around Rome, Venus painted a canvas that, in 1868, won him the Academy's travel prize — the equivalent of the Prix de Rome. The painting, long presumed lost, was entitled Thunderstorm in the Roman Campagna. E.B. Crocker arrived in Dresden less than a year after Venus's award and likely purchased the prize-winning canvas himself. The promising artist died tragically of a lung ailment only two years later.